Residents are speaking out, but is Manchester City Council really listening?

Last week, the Environmental Scrutiny Committee recommended the Great Ancoats Street scheme be sent back to consultation after a backlash against removal of the existing cycle lanes (read more here).

While divided on their opinion regarding the scheme itself, the Committee was united in calling for the consultation to go back out to consultation with Chair Cllr Lee-Ann Igbon stating, “Our biggest concern with this is the public weren’t consulted, and I can tell you of four separate developments across the city where consultation hasn’t been done.” One of these is plans for the Princess Road/Medlock Street roundabout that increase vehicle capacity and fell trees despite Manchester having declared a climate emergency.

The decision to recommend the Executive send the Great Ancoats scheme back to consultation comes less than two weeks after the Council had to promise to yet again revise the Peterloo Memorial design to provide disability access.

The Council are failing to include citizens - and ward councillors - in the planning and consultation process. This week, as the Executive meet, there are three schemes owed a genuine round of fresh consultation. It’s their chance to show they’re committed to adopting a collaborative consultation model, like the one coming out of Antwerp (more on this later).

In 2016, the Council published its 'Our Manchester' strategy, outlining a long-term vision for Manchester’s future and how to achieve it. The strategy made clear citizens have a vital role to play: “By helping to shape this vision through the consultation process, and by committing to make their city world class, the people of Manchester will help to fulfill the city’s potential and make it truly exceptional.”

But while many want to contribute, the Council don’t seem to be listening.

Now backbenchers and opposition members are holding the Council to account, with Cllr Richard Kilpatrick telling me, “I think it is really important not to let the council off the hook with this issue (Great Ancoats Street). It is simply one of many projects that are progressed with no care for the scrutiny process and no care for the views of the residents of Manchester.”

So let’s look at these schemes in more depth: 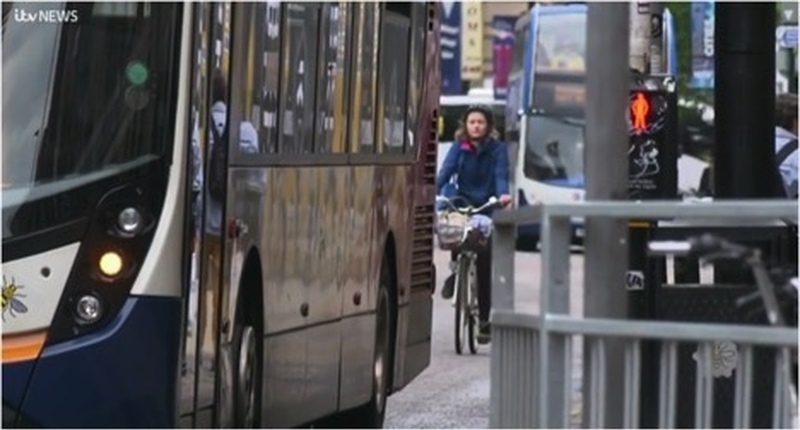 At last week’s Environmental Committee, Cllr Angeliki Stogia defended the Great Ancoats Scheme consultation, at which the Council sent out 4,000 leaflets and held a single drop-in session. Cllr Lee-Ann Igbon stressed this wasn’t enough, well aware that leaflets often don’t reach people: "We actually know that when information has come from Highways, people haven't actually received it because it doesn't go by post … [a] person goes round putting them in blocks. They're all tower blocks around those areas - if you can't get in, you can’t get in." Cllr Igbon also pointed out that the inner relief road impacts people across Manchester and consequently should’ve been subject to a far deeper level of consultation. Finally, the clincher, at the brief consultation held in 2018, plans stated “no overall change” despite removal of cycle lanes. The petition has nearly 1,000 signatures. 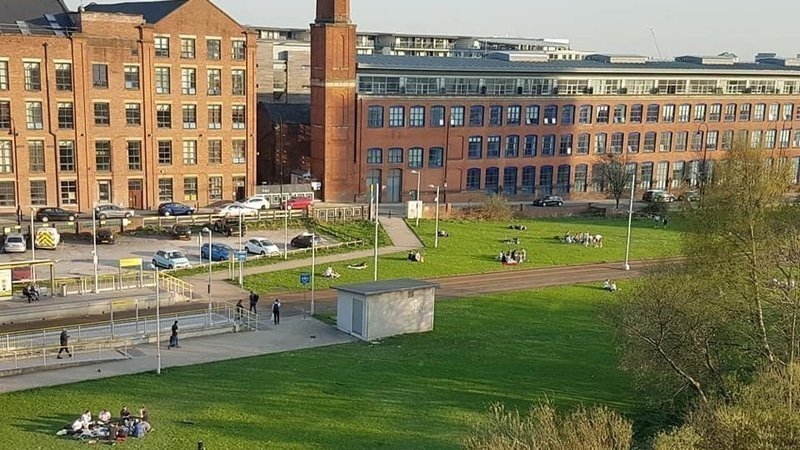 Ancoats and Beswick ward is also home to New Islington Green, a cherished and well-used community green space - on which the Council plans to build offices. A spokesperson from the Save New Islington Green campaign group told me residents first heard about the plans (part of the Eastland Regeneration Framework) from an undated letter that arrived the day before the only consultation drop-in. The spokesperson says, “We’re really disappointed. A planning officer told us they might put on a further event, but they didn’t.” As a result, residents felt the only way to insert themselves into the planning process was by filing a complaint. They’ve since filed a level two complaint when response acknowledged the letter was sent late but otherwise stated 'your concerns have been noted'.

The campaign’s petition has garnered nearly 3,000 signatures,and all ward councillors are on side. Cllr Emma Taylor raised it at last week’s Economic Scrutiny Committee - but the plans were passed through. On behalf of the campaign, journalist Dr François Nel has written directly to Sir Richard Leese (he shared the private correspondence with me), asking him to halt the scheme “until meaningful, substantial engagement with the community has taken place.” 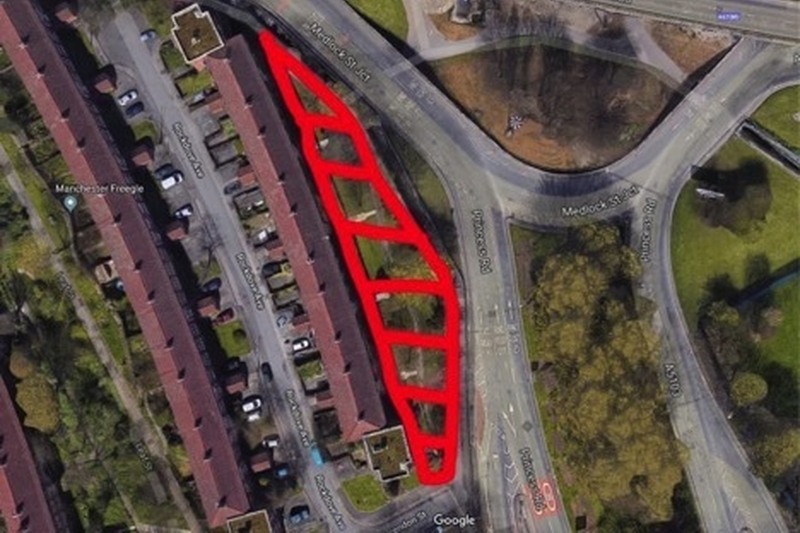 Across town in Hulme, the busy roundabout is to be reconfigured into branching roads to boost traffic capacity, felling trees and tarmacking over more precious green space where air quality already breaches legal levels. Shockingly, the scheme has undergone no consultation whatsoever. Instead, the Council organised two informational sessions. A spokesperson from the Residents’ Association told me: “The drop-in events didn't have the final plans for the roundabout, and they also couldn't answer a lot of our questions. We're totally in the dark about what the plans for the roundabout will be, as are our councillors. I'm sure the Council will say that the events have allowed them to listen to residents but there was no way to formally record our objections.” Cllr Annette Wright told me: “Myself and Cllr Igbon have said we want there to be proper consultation about all issues affecting residents in Hulme.” The petition has nearly 1,500 signatures. 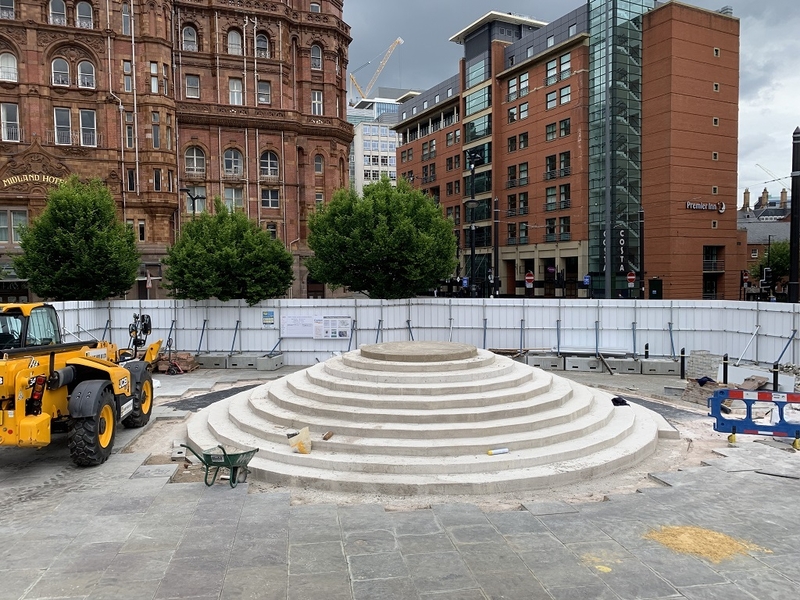 All of this is happening in parallel with the almost farcical Peterloo memorial saga. In March, Turner prize-winning designer Jeremy Deller apologised and agreed to redesign the memorial after backlash against its lack of disability access. However, the 'new' plans unveiled at the end of May only provide partial access, meaning those with mobility difficulties still won’t have access to the top level of the stepped memorial. Embarrassingly, the Council now have to revise the plans yet again, indicating that even when they do listen, they don’t listen very deeply. Dr. Morag Rose, who has been instrumental to the campaign, told me: “Campaigners involved in making the Peterloo Memorial accessible to everyone are hopeful lessons can be learned from our experiences. Many of us would love to help Manchester Council improve its consultation processes." 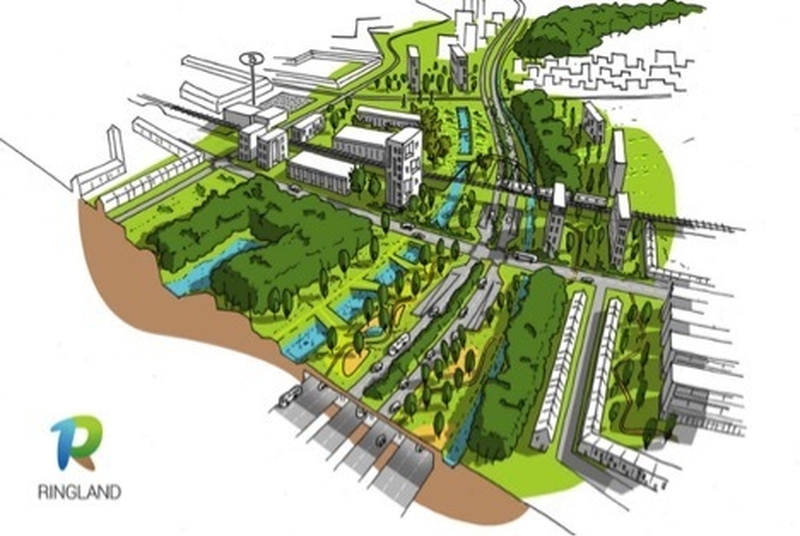 Half a century ago, Sherry Arnstein developed her canonical Ladder of Citizen Participation model of consultation processes. As former councillor Chris Paul explained at last week's Environmental Scrutiny Committee, at the bottom of the ladder is “fobbing people off” and at the top is “actual citizens having power and making things happen.” So where does Manchester sit? In Paul’s words, “We’re mostly at the bottom of that ladder.”

In contrast, at the very top is Antwerp with a brilliant example of what they’re calling 'a new collaboration model'. In a nutshell, a group of concerned citizens joined forces to 'crowd-brain' new plans and crowd-fund feasibility studies for capping Antwerp’s inner relief road with park and woodland to reduce pollution and increase green space. They convinced Antwerp City Council the Ringland plans were viable and to allocate funds - the project is moving forward.

Ringland’s collaboration model involves three key working groups, which can be applied to all consultation processes. In the case of Ringland, these are 'The Working Community', a forum including citizens and stakeholders; 'The Regional Government', including city representatives; and 'The Working Platform', made up of transport stakeholders. 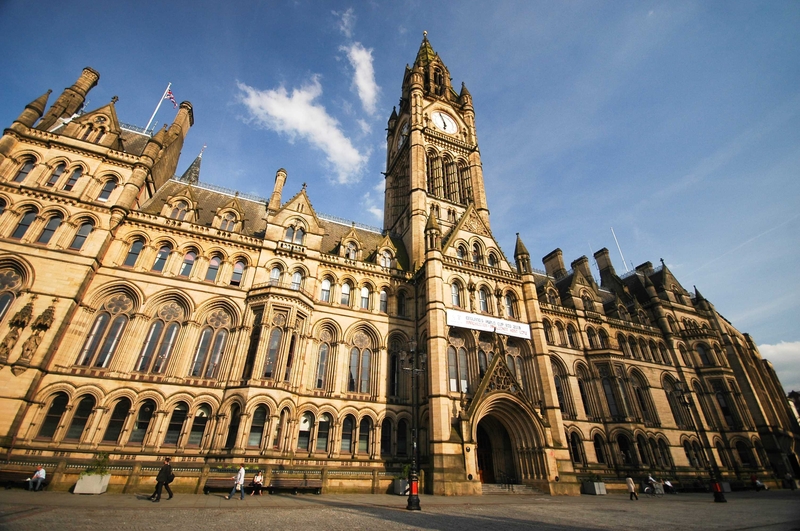 In Manchester, far from participatory consultation, the Council are engaging in what the Ringland project calls a 'top-down' approach. The project describes the approach this way: “Only at the very last moment, when plans are in their final stage and research has been fully completed, is the general public asked to reflect and provide input. This creates a participation gap, as citizens feel excluded from the planning and research process. All too often, this participation gap leads to the emergence of highly vocal action groups that strongly oppose the policy makers’ plans.”

If 'Our Manchester' is to mean anything, the Council will send the Great Ancoats, New Islington Green, and Princess Road roundabout plans back to consultation. In the case of Great Ancoats, private citizens have even 'crowd-brained' an alternative plan, which the Council should take the opportunity to engage with meaningfully.

Let Wednesday be a pivotal moment for Manchester City Council, when they demonstrate they are committed to bringing citizens into the planning and consultation process and promoting a truly progressive, participatory local government.

For the sake of clarity - here is the GAS scheme information document originally sent to some residents.

- No mention of removal of cycle lanes. No mention of 'alternative routes'
- Clear statement: "No overall change along Great Ancoats Street" 👇#GreatAncoats pic.twitter.com/Xc6nY4LV6X

Last Wednesday, the Neighbourhoods and Environmental Scrutiny Committee recommended the Great Ancoats Street scheme be sent back to consultation. They raised concerns that a number of schemes haven't undergone meaningful consultation. One of the concerns is that even ward councillors aren't being made aware of schemes until work is already scheduled to begin imminently. Why aren't ward councillors being briefed earlier? And what will the Council do to improve its consultation process?

Consultation was held for this scheme with a variety of stakeholders, including residents, businesses, the Cycle Reference Group and Transport for Greater Manchester. Additionally, specific briefings were also given to ward members and the Executive Member. The consultation was public and open to anyone interested to shared their views. Four thousand leaflets were distributed to support a drop in event held in July 2018. The leaflet was shared with local residents, local businesses, leaseholders and management agents. Neighbourhood officers also helped get the message out across an agreed area. Feedback was received at and following the drop-in event. Concerns captured were mainly around local, non-scheme issues, which were passed on to the appropriate Council neighbourhood team to follow up. We believe the scheme is supported by those who were involved in the consultation.

During the early stages of the scheme, we employed a designer to look at various options to reduce congestion and improve walking and cycling facilities at this junction. We then used this design to run a competition to select the most suitable contractor to complete the design and then deliver the scheme.

Following the award, we always knew there would be a design development phase, where we can alter the outline design to best fit the project objectives. Engagement with the public was always planned to happen in this phase. We are now welcoming public suggestions and comments and will try to incorporate as many of them as possible into the design, which has not yet been finalised.