Dishoom reveals opening date (and how to get half price grub)

This feels like it's been a long time coming, because it has been. It was early in 2016 when Confidential first reported that London's smash hit Dishoom restaurant group were eyeing up a move to Manchester.

Now, some 32 months later, we have an opening date.

The award-winning self-styled Bombay canteen will open for a soft launch period from 9am on Sunday 25th November to 4pm on Wednesday 5th December, offering Manchester diners a first taste with 50% off - simply walk in off the street (no bookings) during this period and join the queue, because there'll probably be a queue.

Inspired by the old Irani cafés of Bombay, Dishoom Manchester will feature two dining rooms and a Permit Room bar (a total of 230 covers) inside the grade II listed Manchester Hall - formerly headquarters to the city's Freemasons (in fact, they still have a room somewhere on the second floor).

Like their other restaurants, the Manchester Dishoom will open all day, every day from early until late. Executive chef Naved Nasir’s breakfast menu includes their much-loved bacon or sausage naan roll and the Keema Per Eedu: a 'Parsi power breakfast' of eggs, spicy chicken keema and chicken liver. Later in the day order their signature 24 hour-cooked house black daal, or the chef's special Nalli Nihari Biryani - lamb shank, rice and caramelised onions sealed beneath a pastry blanket, with liver, raita and nihari gravy. Phwoar.

For every meal served, Dishoom will donate a school meal to a child who would otherwise go hungry. They call it 'a meal for a meal' and have so far donated over five million meals.

The Permit Room bar - named after the Bombay Prohibition Act 1949, which required people to carry alcohol permits - will offer a number of brand-new cocktails designed especially for Manchester, plus a range of non-boozey concoctions containing 'a top-secret spirit base that looks and tastes like alcohol'.

Founders Shamil and Kavi Thakrar say they have used the opening in Manchester as an opportunity to 'explore the unexpected links' between Manchester, Bombay and Freemasonry, spending time in Indian's largest city visiting buildings including the District Grand Masonic Lodge of Bombay, The Cotton Exchange Building, The Theosophical Society and The Ripon Club.

Working with long-time design collaborators Macaulay Sinclair, the team say their findings have informed the design of the Manchester venue, including replicating interiors from Bombay's Masonic Lodge, commissioning portraits of old Bombay Freemason Grand Masters, and almost 150 pieces of 1920s furniture and fittings, imported and restored.

Dishoom has scooped a number of awards since opening its first branch in Covent Garden in 2010, including 'best restaurant' at the Cateys, ‘best small group’ from The Good Food Guide, and 'best UK restaurant' from Yelp!. It also placed number 36 in The Sunday Times 100 best companies to work for.

Since their launch, they have opened a further five branches in the capital and one in Edinburgh. Manchester will become the seventh Dishoom. 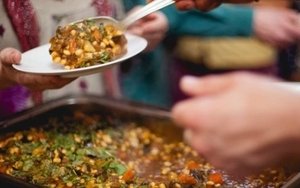 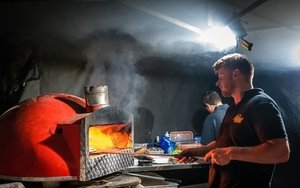 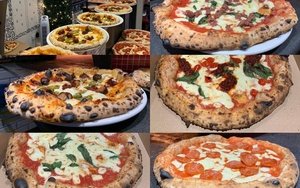 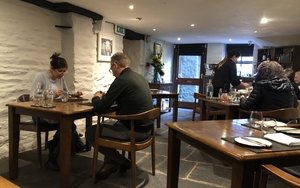