Dark spirits. Rum rocks, but could it take over from gin?

YET another load of botanicals. How many more gins can we take? In a month when a local distillery has launched a Hacienda-inspired one surely it’s time to take refuge in a proper New Order - warming tots of rum. And we’re talking about much more than a cheeky Bacardi and Coke to celebrate National Rum Day, (Friday 16th August.)

I’ve been doing my research and that doesn’t necessarily mean necking copious quantities of Pusser’s Gunpowder Strength, Gosling’s Black Seal or Havana Club Maximo Extra Añejo. No chance of getting groggy on the latter anyway – a bottle costs around £1,250.

The book (History Press, hb £12.99) also explains raw materials (molasses v cane syrup) production methods (pot stills v column stills), the effects of barrel ageing and rival styles across the Caribbean and beyond. Still everyone has their own preferences for individual rums and the classic cocktails they’re the base for.

I asked some seriously rum folk to share their favourites. 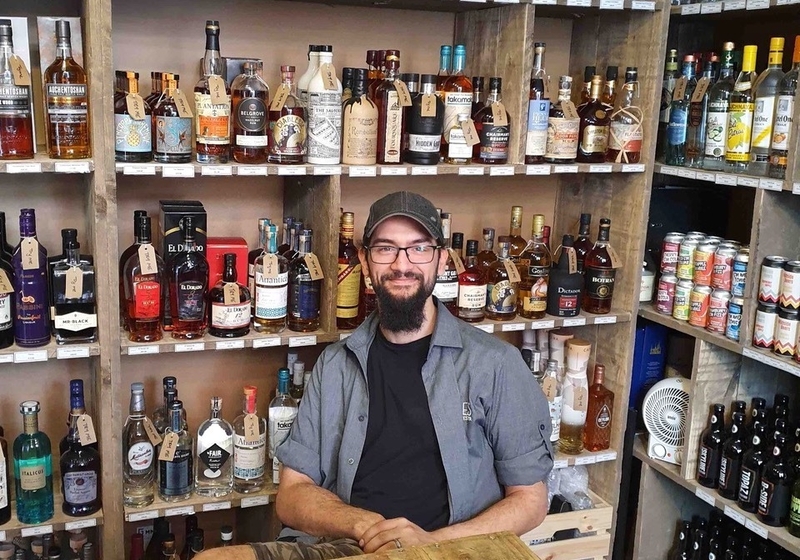 ‘Dark spirits have always been my personal preference. I started with bourbon initially. As a bartender in the late Noughties, I had been put off rum a little, purely for the fact that the Mojito was king and as a bartender I was sick of the sight of it.  A friend I worked with at Living Room made me an Old Fashioned but said he was going to surprise me.  He made it with Diplomatico Reserva Exclusiva instead of bourbon, and I was instantly hooked.'

'White would be Embargo Blanco – briefly aged blend of rum and rhum Agricole (a French Caribbean style made with squeezed fresh cane juice) – is packed with flavour and incredible value at under £25.

Dark has to be Plantation OFTD – it packs a punch at 69%ABV yet is incredibly smooth and wonderfully complex. Best served on the rocks for interesting sips.

For sipping – El Dorado 15yr is the one for me. Sweet and fruity, with so many layers of complexity and a long finish.'

'A classic Daiquiri. Its simplicity is what makes this such a great drink… 50ml Embargo Blanco, 25ml freshly squeezed lime juice, 1 tsp caster sugar. Shake very hard with ice and fine strain into a chilled coupe.'

'Yes. Gin is Tipples’ most popular category with over 75 to choose from, but rum isn’t far behind. Slightly sweeter spiced and flavoured rums have been leading the charge. Hopefully people will begin to branch out from there.' 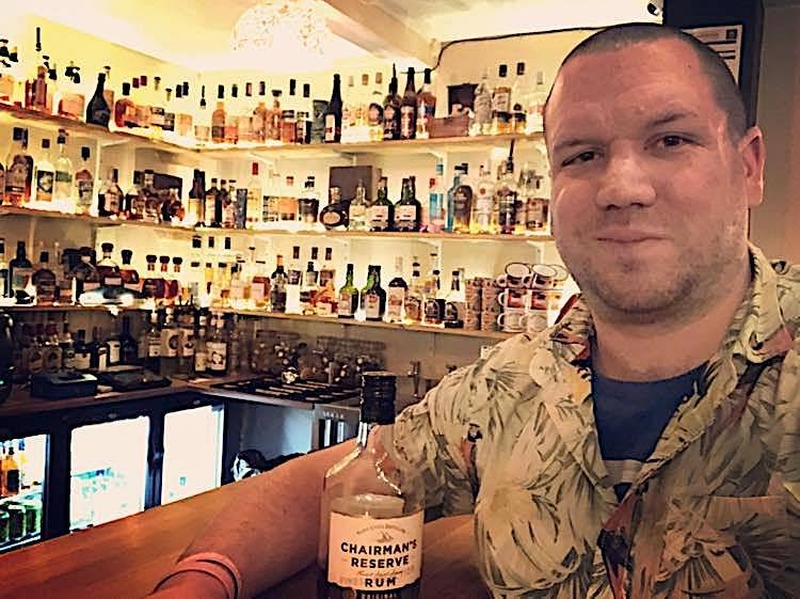 'My way into rum? It was the classic story of a young man in his local pub trying all the optics available. Turns out Lambs Navy rum was my go-to and since then it's expanded into exploring the category in as much depth as possible. It has allied to my brand agency, Drinks Enthusiast.'

'I'd say mine would be Chairman's Reserve Forgotten Cask. It's smooth with plenty of the ex-American oak barrel flavours coming through, whether i drink it straight, with coconut water or as an Old Fashioned. Works fantastic with cigars too.'

'Cause for Concern. Equal measures of Chairman's Reserve Spiced, Velvet Falernum and Campari, stirred down and garnished with a twist of orange.'

'I don't think it would ever displace gin, but awareness is certainly starting to rival it. Rum is proving popular and more accessible, with brands becoming transparent from cane to bottle to reassure customers. 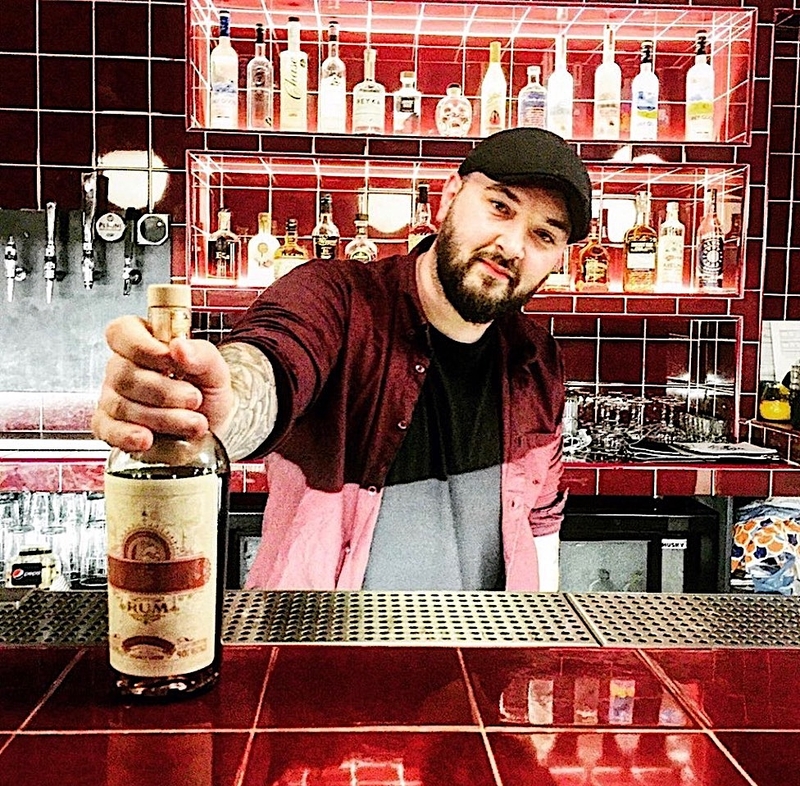 'After bartending for 17 years I have recently opened my own venture with my business partner Chris Mullen – a low key cocktail haunt with a relaxed New York vibe. I found myself falling in love with rum after attending a Mount Gay tasting session with their brand ambassador Miguel Smith (I was always a whisky man before that.)'

'A big call. My top three are Smith and Cross Navy Strength, Clement XO Rhum Agricole and Barbados’s finest, Foursquare Dominus 56% – this is high in strength and quality, fairly standard three years in bourbon barrels but then another seven in cognac barrels.'

'Rum has always had its place even through the gin boom (that is still going strong), I think for rum to have a real resurgence it has to be led through bars that aren't seen as "TIKI", I think a return to classical serves and clean flavours is the way to create a new boom.' 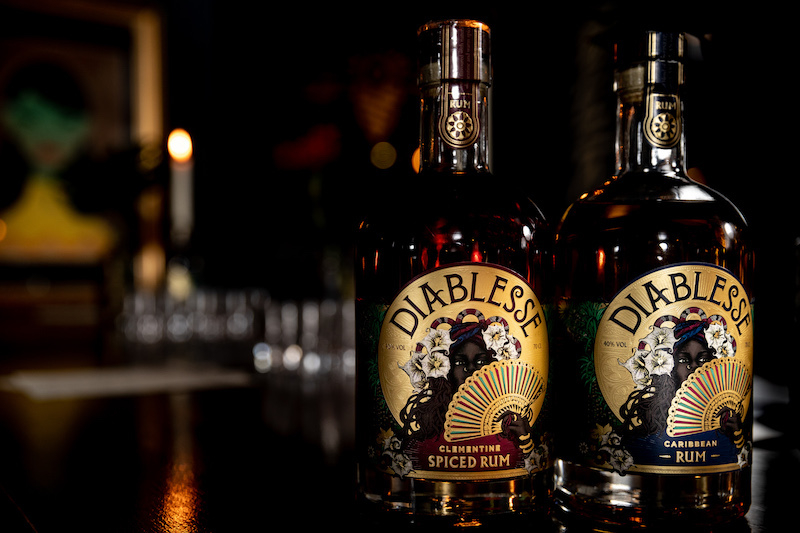 'I started liking rum and realising its potential when I had the Odd bars. Even though, at the time it was all about gin, I started to take an interest in rum, the different styles, where it’s from and how it’s made. We launched Diablesse in February this year, (read more here) offering two unique blends of rum sourced from across the Caribbean. Already we have won one gold medal and are up for Artisan Drinks Producer at the 2019 Manchester Food and Drink Awards.'

'Doorly’s 12 year old – fruity, well balanced and finished in Port and Madeira casks, it’s amazing. I really respect its makers, Foursquare Distillery. I include some eight year old Bajan rum from them in my Diablesse Caribbean blend.

Hampden Overproof Proof – a completely different style from Jamaica, quite heavy and well balanced with lots of funk.

Diablesse Caribbean Rum – I love this because I made it!  It’s a delicious, dryer style of rum that can be sipped neat or mixed with something sweeter.'

'Of course. Gin has enjoyed a phenomenal rise, but I believe rum is now having its renaissance with people realising it’s not just something to slosh Coke into. It’s complex with so many different tastes and styles and more and more small artisan producers are surfacing just like they did with gin.' 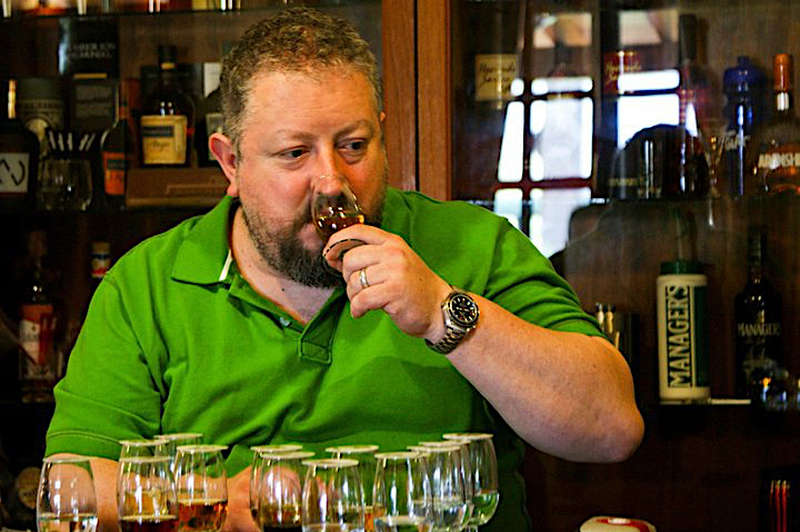 'I got into it drinking in a rum shack with locals in the Bahamas mid-'90s. Decanted into old quarter gin bottles served with a bowl of ice on the side. No mixer as that cost more than the rum. We have dedicated Rhum Bars at all three Mojos – Manchester, Leeds and Harrogate.'

'There is a suitable rum for every occasion. However British style pot & column still blends would be my go-to profile. All-time favourite the now discontinued Mount Gilboa from Barbados. Anything from Mount Gay, St Lucia distillers or Appleton will always be a safe bet.'

'Got to be a Rum Punch. Make it anywhere with practically anything you can lay your hands on – once had one at a backstreet party served in an old peaches can. It was great.

Follow the Nursery Rhyme to remember the quantities for the recipe and you can measure using an egg cup, buckets or whatever you like.

1 Sour – lime or lemon; 2 Sweet – grenadine or strawberry syrup or sorrel squash if you can find it;  3 Strong – rum of course; 4 Weak – just plain water is perfectly decent, soda or juice if you prefer. Plus fifth ingredient Spice – a dash of Angostura bitters, a pinch of nutmeg or cinnamon.'

With the explosion in popularity of flavours in both categories, they will continue to co-exist. There will be a push back from purists from both sides wishing for greater definitions on what constitutes a true gin or rum. 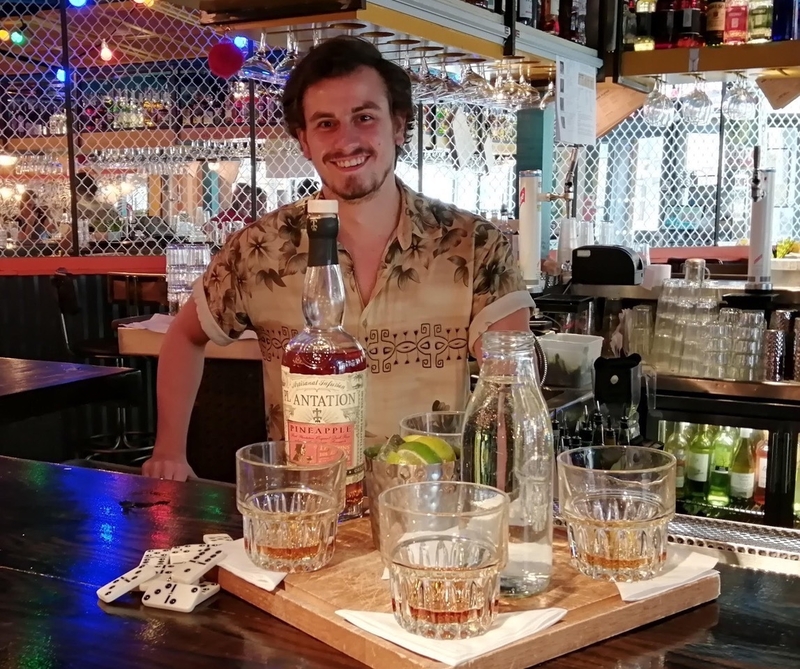 'A toss up between the Plantation Pineapple, for a fruity infused rum flavour, or the Santa Teresa 1796 that Turtle Bay stock for a smooth rum. At home if I wasn’t treating myself to an expensive bottle, I really enjoy a Mount Gay Black Barrel. It's simple, with a sophisticated edge thanks to the ageing process of being kept in old bourbon barrels. Also, I believe Mount Gay is one of the few distilleries that still use the old copper still method.'

'As for one of our Turtle Bay cocktails, I absolutely love the Reggae Rum Punch. You get the kick of the Overproof Wray and Nephew, with the fruity flavours of the pineapple juice and the strawberry, with a nicely balanced match of lime and grenadine to bring it all together.'

'Certainly. What let’s rum down is that some house rums don’t always give people the full intensity and variety the spirit has to offer. But once they start to taste some of the spiced rums we have to offer for a sweeter finish, along with our aged dark and amber rums, people seem to fall in love. Now these days people seem to be more adventurous with their drinks. Definitely my spirit of choice.' 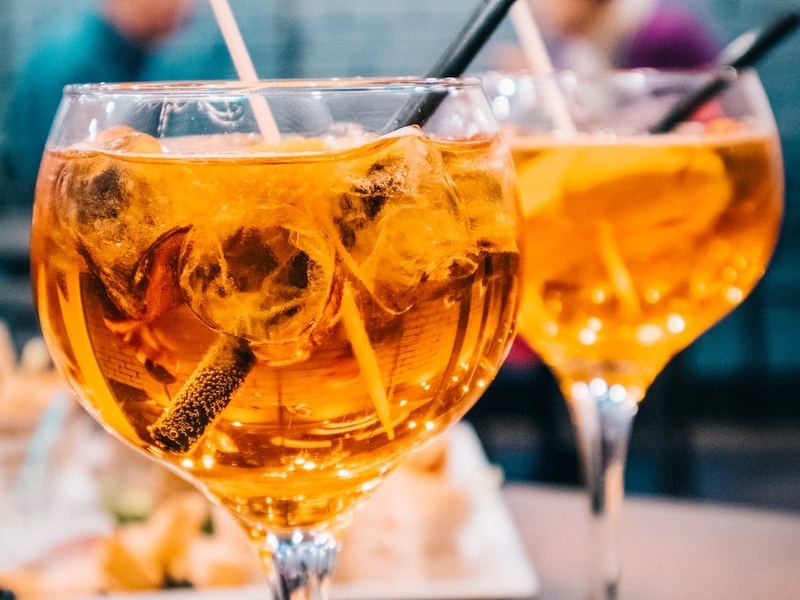 'I got into rum at a young age (naughty) when my dad took me to Cuba for the first time. I fell in love with Havana rum not only because it’s one of the best tasting rums but because the history just makes it that more interesting.' (The opinions below are personal, rather than reflecting Revolucion.)

'The Painkiller is a blend of Pusser's with four parts pineapple juice, one part cream of coconut and one part orange juice, well shaken and served over the rocks with a generous amount of fresh nutmeg on top. It may be made with either two, three or four ounces of Pusser's dark rum. Up to you.'

Rum is growing more and more popular. Check out this drinks industry analysis. 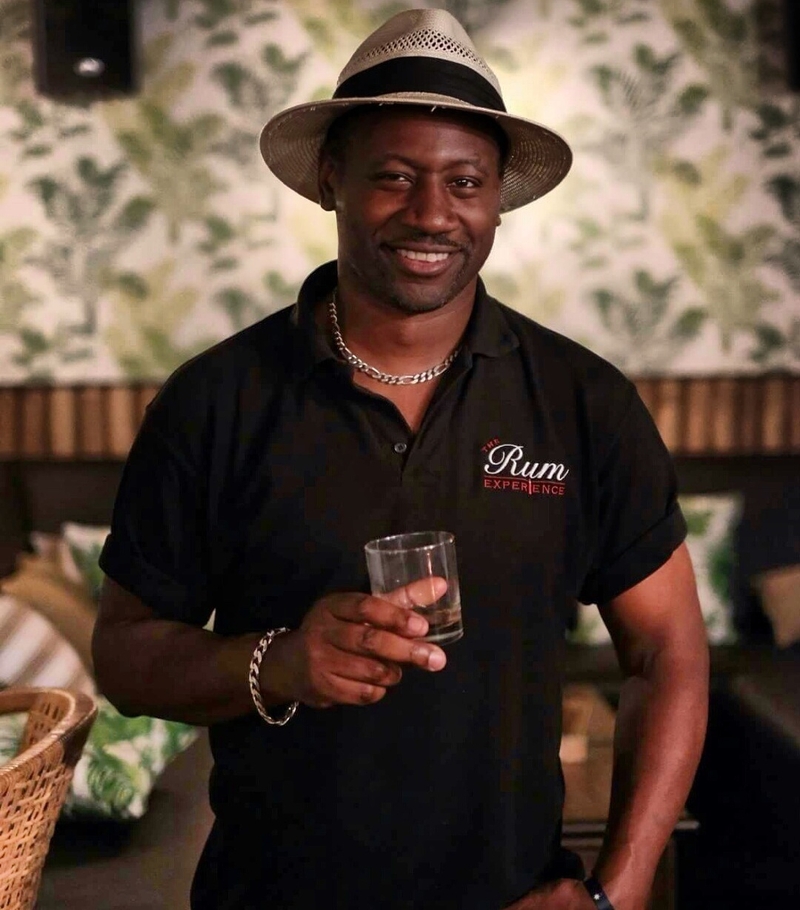 'I was born into rum as both my parents are Jamaican, and rum in Jamaica is more than a spirit, it's a way of life. Thus, I came into contact with it at an early age. My professional career started with Jamaican rum company J Wray & Nephew Ltd, who hired me to be their first UK Brand Ambassador in the late Nineties. I then went onto create the world's first international Rum Festival in 2007, which has inspired all other global rum festivals today.' (UK Rumfest is in London, October 19-20)

'My three favourite rums are the one in my glass, the next one, and a free one. There are so many great rums out there it would be impossible to narrow it down to a few brands. Plus some rums work better in a particular situation than others.'

'Gin has never displaced rum in sales or popularity. Rum has always outsold gin by volume, but in recent years there have been so many gin brands launched, it seems that rum had been eclipsed by the "flavoured vodka" with juniper and other botanicals added to it. But what we are seeing now is an increase in the "understanding" of the diversity of the rum category. This has helped to drive the various styles of rum to the forefront of trade and consumer conversations, such as Premium and Spiced. Gin, will always be popular as it's relatively cheaper to make than an aged rum, but Spice(d) is set to be the new gin  as the market is set to be flooded with great and not so great examples.'