My grandma on high days and holidays would create these sweet layered creamy treats and I couldn't get enough of them.

The stratified nature of the dish, laid out like the geology of a seaside cliff, and the prospect of all that flavour, made me whoop with joy each time the family's great glass trifle bowl was moved with due ceremony from kitchen to dining table.

The re-visiting of powerful childhood memories rarely delivers the effect we want. People say when they get older, “The summer’s were much sunnier when we were young.” The records invariably show they weren't.

My grandparents lived in a Tudorbethan semi on Sandy Lane in Rochdale. Ever since, I’ve associated this style of building - especially the 1930s' variety - with oldies. And with trifles.

Sometimes while walking or driving down an interwar suburban street I'm still overtaken by an atavistic lurch, and see, in my mind's eye, my twelve-year-old self, eyes shiny with yearning, holding out his small glass bowl (matching the larger mother bowl with its etched glass), and saying "Is there any more, please, grandma?" 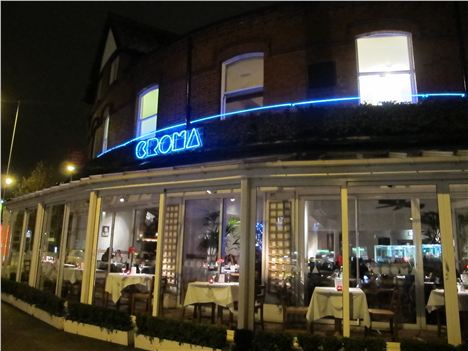 Of course a pizzeria is not where you would expect to find these oh-so-British delights but I had that lurch again when someone mentioned that Croma, Chorlton, had sherry trifle on the menu.

The bizarre combination of margherita pizzas and sherry trifles seemed worthy of investigation - at least the twelve-year-boy inside me thought.

But to get to the desserts you have to have your mains, every kid knows this. So it was pizzas first.

And they were very good, aside from a fish deficiency. 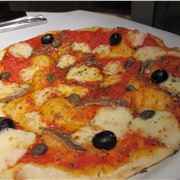 More anchovies pleaseThe Napoletana at £6.25 was juicy, light in the base, and flavoured with sharp capers and salty anchovies. When you bunched a mouthful from base to fish on the fork there was a blast of good flavour.

But this didn't happen enough because there were 35.7% fewer anchovies than I expected - or something like that. More little fishes to eat, Croma bosses, don't be so mean.

The Americana (£7.35) had no such problems. It was a pizza of great vigour, boosted by the green chillis. It showed the kitchen knew what it was doing. This was down to the lovely oily character of the pizza that lent it a glistening and tasty lustre. All the pizzas we sampled shared this quality.

But the king of the pizzas, the Emperor of Thin Base, was the meat-free monarch of mushroom, the funghi di bosco (£7.75).

Again glistening, it held field, brown and oyster mushrooms, the usual mozzarella and tomato, but also truffle oil and rosemary. Truffle oil is an over-used food fad but here with the earthiness of the funghi and the tang and lift of the rosemary, it was wholly appropriate. Try this one if you're off to Croma. 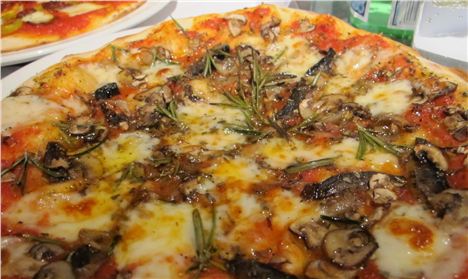 The pizzas out of the way it was, at last, time for the puddings.

The object of my desire, the sherry trifle (£4.50) had sponge, raspberries, custard, cream, sherry, marsala (presumably the Italian link that justified the inclusion on the menu) and toasted almonds.

All good but not delivered in this way. (see picture at the top of the page).

The cream was advertised as whipped but it was so solid a herd of wildebeest could have stampeded over it. Meanwhile the mix had been buggered up so at one point I got a whole spoonful of pure sherry and marsala without any absorbing sponge. The result was overwhelmingly sickly and contained so much alcohol I would have failed a breathalyzer.

A pecan and caramel cheesecake (£4.50) was just as clumsy. It was constructional in consistency, a brick of a thing, despite the ice cream and the odd patterned dribblings of caramel. 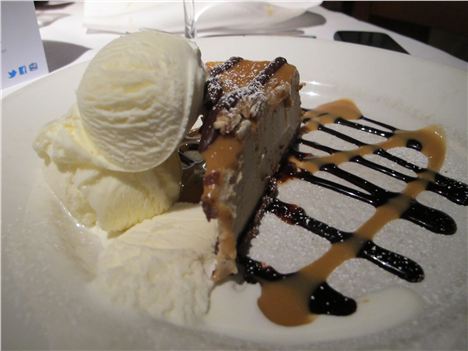 Part of this is my fault of course. The sherry trifle, in particular, never had a chance.

The re-visiting of powerful childhood memories rarely delivers the effect we want. People say when they get older, “The summers were much sunnier when we were young.” The records invariably show they weren't. What people mean is that life was less complicated and there seemed so much more time to enjoy the sunny days. Trifles were what it was all about. 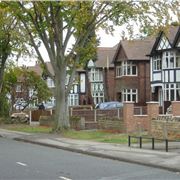 Yum, I feel a trifle coming onCroma performed well with its main focus, pizzas. Strangely enough, my grandma never had a wood-fired oven within which to cook classic pizzas in her Tudorbethan semi on Sandy Lane. But even if she had she couldn’t have done any better than the funghi di bosco pizza.

That said, Croma needs to improve the advertised desserts and show more finesse to go with the scale.

You can see why the Manchester based company has gone down this comfort-food route - there's even a sticky toffee pudding. It will annoy the purist but potentially increases the customer base - especially as the chain now has pizzerias in Tunbridge Wells, and soon, in Loughborough. There is no ideological problem with a Brit-owned pizzeria doing Brit pudds but the execution needs to be much better.

Service was young but very capable, very good. The clever management systems even incorporated a remarkably efficient and pleasant table laying chap. This was worthwhile given how busy the place was early on a Friday evening.

The winelist has several decent choices under £20, and some more expensive. I toyed with the idea of the Amarone della Valpolicella at £48, a red powerhouse wine with a 15% kick. But paying more for one bottle of wine than for all the other food put together, seemed just a little bit 2007, too much like braying City traders in braces.

By the way the quest remains.

If anybody has any recommendations for top trifles in Greater Manchester restaurants, I'm all ears.

Rating: 13.5/20 (Remember venues are rated against the best examples of their kind so check out the box below) 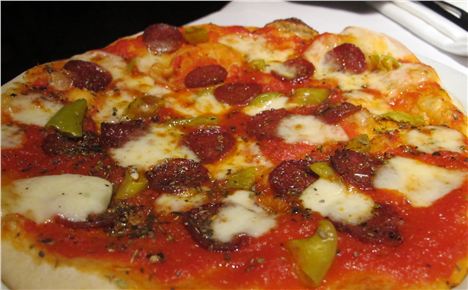