Cibus is more than just pizza. After all, the name is Latin for food. Cibus serves Italian food that should get you hopping on a train, nipping along the Fallowfield Loop or catching the 150 pronto because it is well worth the trip. And if you already live in Levy, well, you can be justified in feeling smug about it with a place like this on your doorstep.

The proof is in the pizza

Pizza is what got Cibus going with a pop-up above Fred’s Ale House and a stint at the wonderful Levenshulme market and pizza is still an important part of the Cibus offering. It’s damn fine pizza too - up there with the very best of Manchester’s dough twiddlers. No 24 hour proves here though, the dough is proved for a full 70 hours to create a light sourdough base that’s easier on the tum and full of taste. 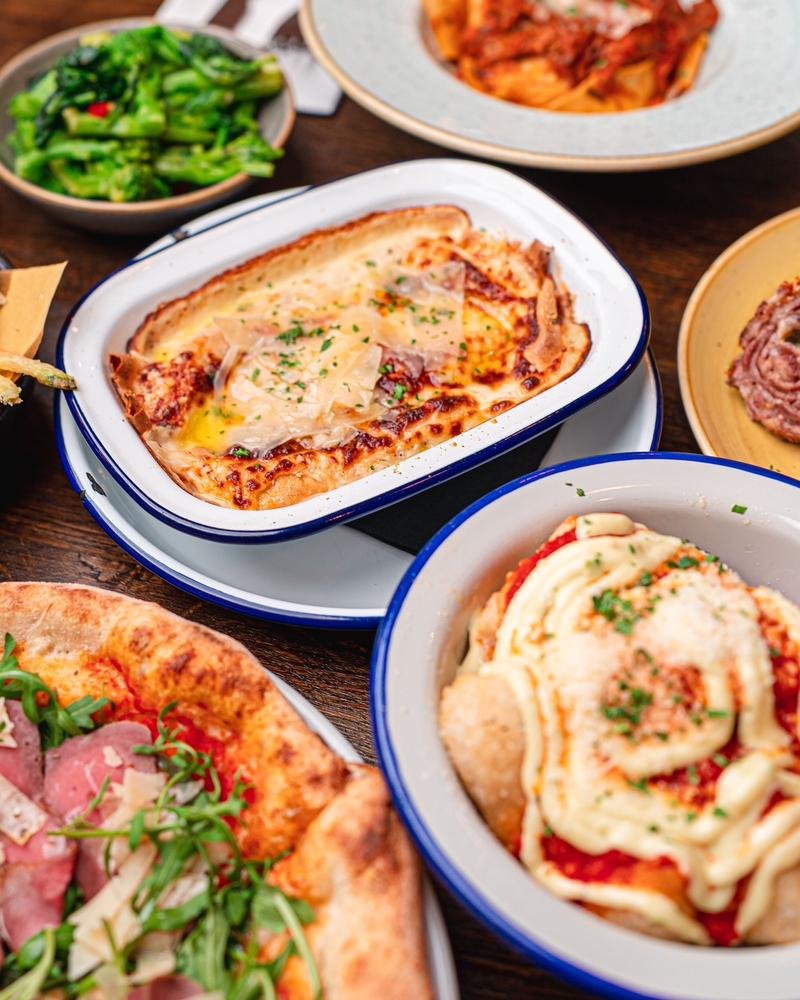 Toppings are fantastic – using a mix of locally sourced ingredients from respected suppliers like Unicorn and then importing those Italian ingredients that you just can’t get anywhere else. The right sort of 00 flour, the best tomatoes, certain cheeses, specific vegetables – apparently the standards just don’t cut it when they’re not direct from Italy and Cibus founder Giorgio knows his onions, and his cime de rape, and his radicchio…you get the picture. After all, he grew up in the Venetian countryside and can sniff out a tomato grown in a greenhouse from one grown in a garden at fifty paces.

The pizzas, whether it’s a classic margherita, a quattro formaggi or a white base tartufata are delicious and at 10” they leave you wanting more. But that’s ok because Cibus isn’t just about pizza. There are sides to get stuck in to and stuzzichini to nibble on. Don’t dive straight in to a Diavola, start off with olives and savoury salted doughnuts with marinara sauce and crispy onion. Make a real meal of it with a rocket and parmesan side salad like the Italians do.

Or pass on the pizza (this time at least) and order an indulgent porcini lasagne, a tuna steak with borlotti beans or bombette, an Italian special of pork collar neck rolled and stuffed with provolone and sundried tomatoes. Cibus doesn’t just stick to the tried and tested Italian crowd-pleasers and the food is all the more pleasing for that.

Cibus feels like a real restaurant (and a really good one at that) not just a pizza joint that’s expanded its oeuvre a bit. It’s in the care that goes into every aspect of every dish. And the drinks list that makes you want to linger over spritzes and Amaretto sours, over Italian craft beers and a very well-curated list of Italian wines.

But if an indulgent dinner doesn’t appeal (or the babysitter has phoned in sick) then Cibus does takeaway too for the fanciest fast food in South Manchester. 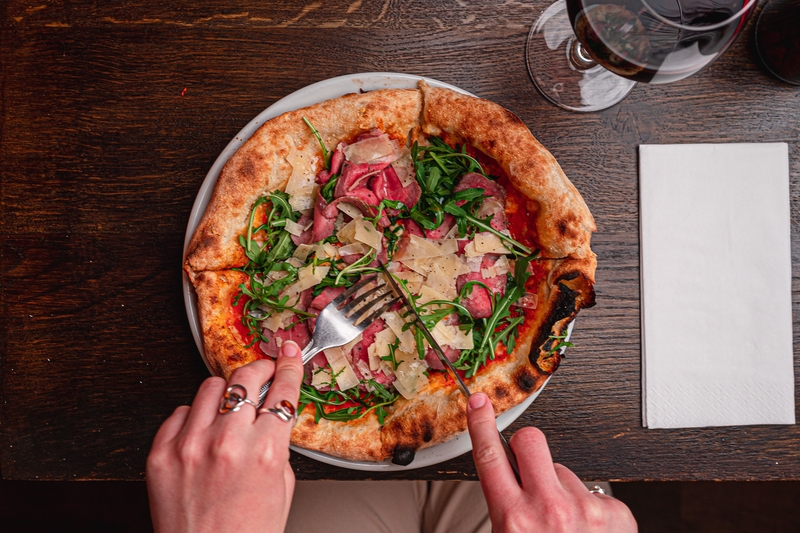