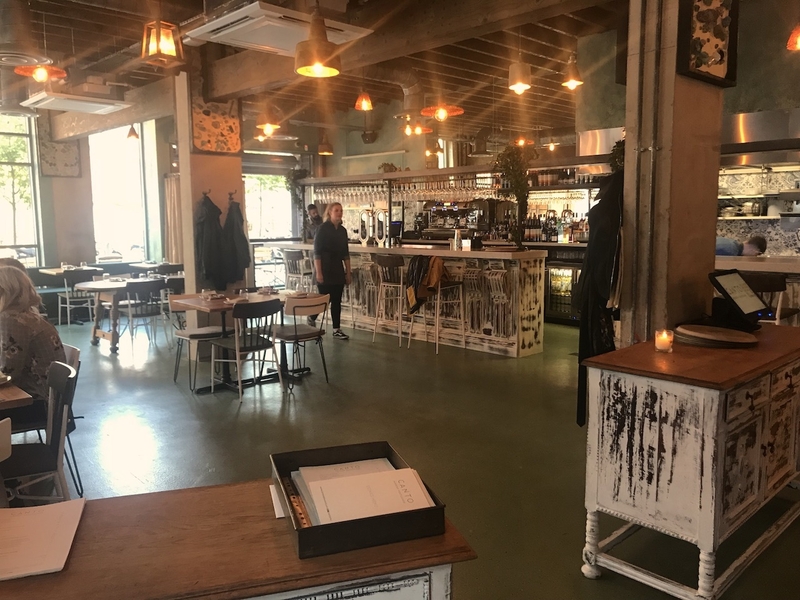 At the helm of the new neighbourhood restaurant, on the corner of Henry Street and Blossom Street, will be head chef Carlos Gomes, a highly experienced Porto-born chef with an impressive career portfolio, which includes working at London’s Japanese small plate venue Koya and Michelin starred Soho tapas restaurant, Barrafina.

It’s very true of a venue you would find in Porto – a simple, easy, open space

Their aim is to bring a corner of Portugal to the heart of Ancoats, with a menu full of typical Portuguese dishes, using top quality ingredients such as 30-month cured Bìsaro DOP ham and São Jorge cheese.

High ceilings, exposed wooden beams, concrete and distressed furniture provide a nod to Ancoat’s industrial past, softened by little touches of Portugal including a feature wall made entirely from cork imported from Alentejo.

An open kitchen runs through the restaurant, with bar stools for up to ten diners to pull up a seat and catch a glimpse of Carlos and his team at work. The restaurant itself hosts 110 covers across a mix of small tables and larger ones for groups, with outdoor seating for a further twelve. Ceiling to floor windows flood the restaurant with natural light, offering an unrivalled view of Cutting Room Square  - making it a perfect spot for people watching.

“I’m really in love with the space,’ says head chef Carlos. “It’s very true of a venue you would find in Porto – a simple, easy, open space, somewhere that lets the food and conversation speak. It fits into the area perfectly and already feels like home; I’m looking forward to opening the doors.” 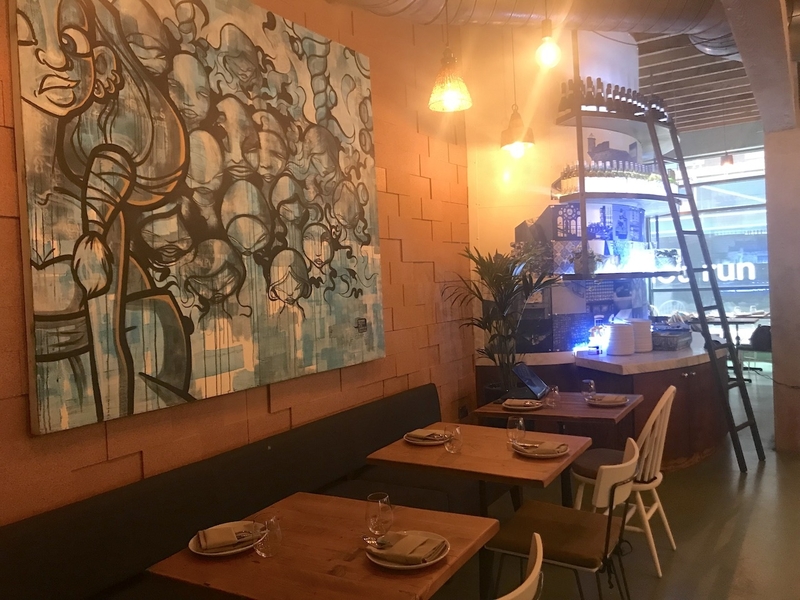 Historically, the Portuguese have had a huge influence on the food of many cultures all over the world. For example, Nandos have made a whole restaurant empire from piri-piri chicken; the Portuguese brought the vindaloo to India as well as tempura-style frying to Japan. So why does its native cuisine often get overshadowed by its much more famous neighbour, Spain?

“We just don’t sell ourselves properly,” admits Carlos, who is on a mission to help change all that by harnessing what is still a relatively new food movement in the UK.

Canto’s menu is about simple, modern, authentic Portuguese food complemented by some of the country’s great regional wines, beers and an unrivalled selection of fortified wines from Douro and Madeira. The menu is printed in house, so will evolve and change regularly to reflect the best seasonal ingredients and highlights of the Portuguese culinary calendar.

Sharing plates include salt cod and onion tempura with tomato broth, seafood escabeche and clams Bulhão Pato – and it’s perfectly acceptable to wipe your plate with a couple of slices of charred sourdough from Pollen Bakery round the corner, which is served with smoked butter flecked with black olive.

Other dishes include chargrilled chicken, Savora mustard sauce and batata palha, which goes perfectly with a side of ‘punched’ potatoes with miso, a colourful bowl of roasted peppers, baby artichokes and runner beans, and a chilled glass of Quinta dos Roques. There will also be a board displaying five or six special seasonal dishes.

The Portuguese are also famous for having a sweet tooth and homemade pastries include the famous pastel de nata custard tart and Toucinho do céu (almond tart) with mascarpone mousse. Canto also produces their own very special ice creams and sorbets in Farrow & Ball shades, subtly flavoured by native fruit like quince, sour cherry and wild fig. There’s also one made from toasted barley – think cereal milk.

Canto will be open for lunch and dinner, six days a week, with brunch served on weekends only. 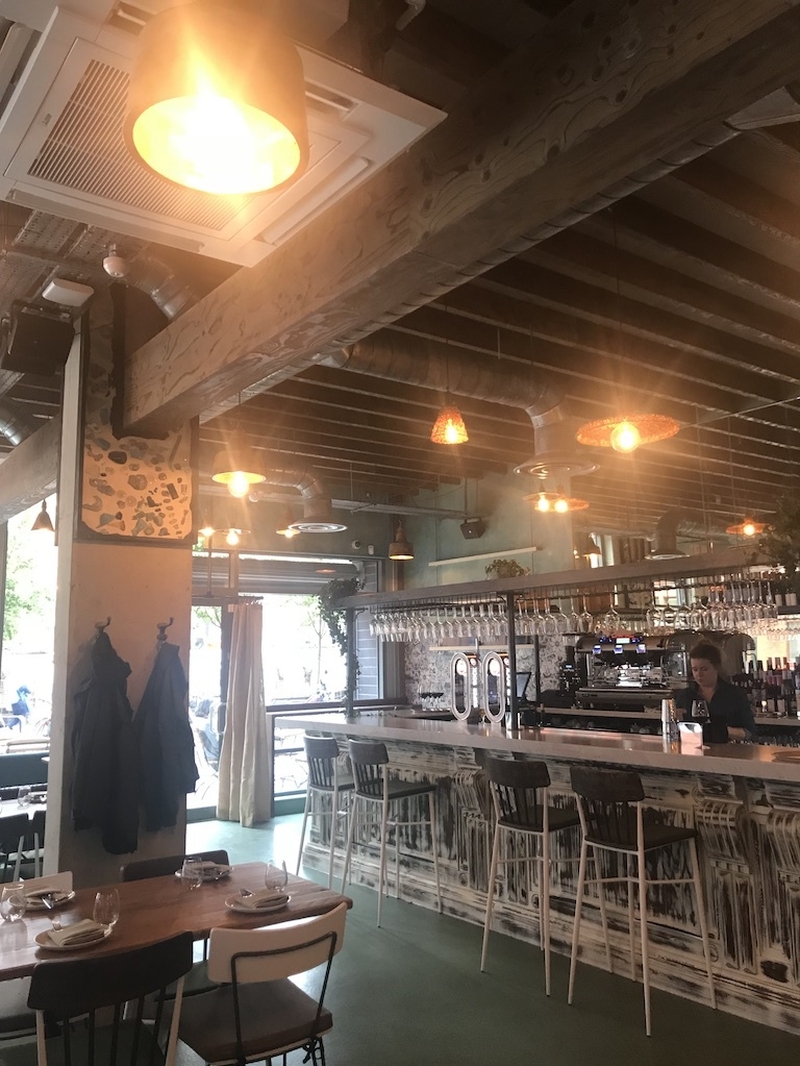 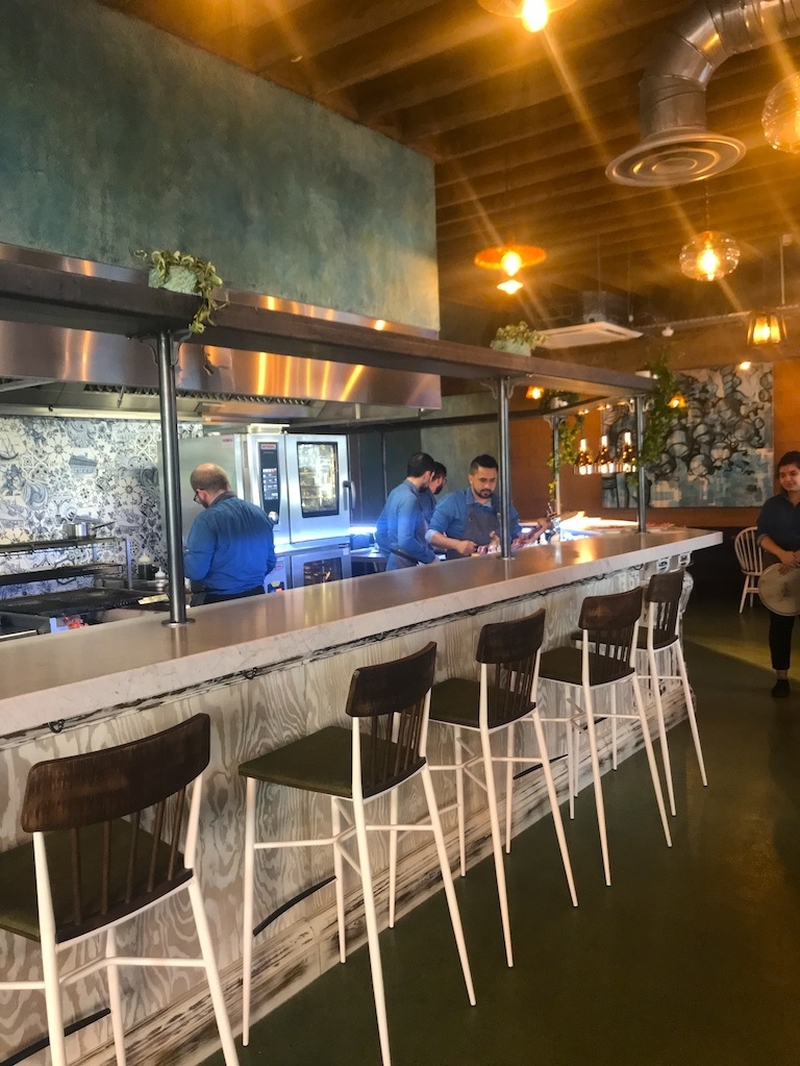