Och aye the noo, where to find a wee dram and some haggis this month

IT started as a simple toast among the friends of a famous Scottish poet to mark the anniversary of his death (which was actually in July). Now, almost 220 years later, Burns Night is celebrated pretty much everywhere, on or around 25 January, to mark the birthday of Scotland’s best known bard, Robbie Burns.

The traditional format involves a supper starting with one of Scotland’s famous soups, followed by haggis (which Burns wrote an ode to) and ‘neeps’, along with a dram or three of Scotch whisky, with the occasional bagpipe and poem thrown in to the mix.

For those who might not be familiar with the exact details, haggis is a savoury pudding traditionally cooked inside a sheep stomach (because the recipe pre-dates cling film) containing various internal ovine organs minced up with onion, oatmeal, suet and spices – and it’s surprisingly delicious. Burns referred to haggis as a ‘great chieftain o' the puddin-race’ in his poem Address to a Haggis.

Haggis’s natural partner is usually tatties (potatoes) and neeps (er, swede, which the Scottish call turnip…never mind.) Anyway, we love any excuse for a feed and a shot of good whisky. Here are some places in Manchester where you can go to celebrate Burns Night.

Every month, the Northern Quarter’s fresh bread and wine bar host a themed ‘Long Table Dining’ event where singles, couples, friends and groups are all welcome to sit together at their 40-foot communal dining table and tuck into a reasonably priced feast. In January, the event will be dedicated to the Scottish bard, of course.

The price includes the two courses plus a large glass of red wine and a dram of Scotch whisky (more wine will be available to purchase on the night by the glass and bottle.)

How much? Five course tasting menu with whisky pairings, £50 per head

The Northern Quarter is a long standing, independently owned restaurant specialising in contemporary British cooking with the odd European influence. Once a month they host a special themed gourmet dining event and their annual tribute to Burns Night is always a popular one. TNQ go the whole hog with a five course Scottish themed tasting menu. This year some of the courses will be accompanied by a whisky pairing by Ian Macleod distillers as well as a traditional bag piper and some Burns poetry.

Get ready for a hearty dose of merry-making and feasting ‘til the wee hours because Randall & Aubin Manchester will be celebrating their first Burns Night in the city with a very special supper.

They have teamed up with Speyside based Copperdog, who blend Scotch whisky with other flavours such as soft fruits, toffee apple, honey and spice. The party will begin with an exclusive Copperdog Whisky cocktail, followed by a multi-course menu; warm Arbroath smokie with quail’s eggs to start, followed by halibut with braised red cabbage, clap shot and crispy haggis for main and Scottish classic dessert Cranachan with raspberries and toasted oats. There will also be an additional option of Scottish cheeses.

What’s more, one lucky reveller will win a two night stay for two at the Craigellachie Hotel in Speyside, which has a collection of over 700 bottles of whisky. Also, throughout January, Randall & Aubin will be giving away specially branded bottles of Copperdog whisky via their social media channels.

How much? Tutored tasting of six whiskies plus a half time haggis supper, £30

Aberdeen-based The Whisky Lounge is on a mission to spread the word about wonderful whisky by offering a series of tastings, schools and festivals across the UK. Obviously they especially love Burns Night and are hosting a series of special events around the country, between 22-26 January, to raise a number of specially selected toasts to Robbie Burns.

The Manchester whisky tasting (including a half time supper of haggis, neeps and tatties) features six whiskies at The Britons Protection in the company of one of their whisky experts, who will be on hand to entertain and enlighten you in the ways of the dram.

How much? £45 for a multi-course menu plus treats

Beastro love a special occasion and this Burns Night they’re going all out with a huge Scottish themed feast. Guests will be treated to haggis swirls on arrival (we think that’s a nibble rather than a traditional dance) followed by Scotch broth, haggis, neeps and tatties, venison ‘Scotch’ quails egg, a tasting in venison, and cranachan.

This will be peppered by specially created drinks and palate cleansers including a Beastro bone marrow Old Fashioned, an Irn Bru sorbet and whisky sours.

How much? £20 for Scottish nibbles, whisky tastings and a cocktail

Masons Restaurant Bar, on the ground floor of the newly refurbished Freemasons Hall, specialise in traditional British club dining. So it’s no surprise that they’ll be making a real effort to celebrate their first Burns Night with a special event. Masons will be teaming up with Bruichladdich Distillery on the evening, offering a tasting of three whiskies alongside some classic Scottish nibbles and a specially create Bruichladdich cocktail.

And if you're in the mood for a Burns night which is less Scottish and more, er, not-tish...

How much? £15 for a 'haggisimo' family-style Burns feast

Manchester's oldest Italian indie, Don Giovanni, love a birthday, so this month they will mark the bard’s with a long-table supper club event at their Castlefield venue, DG X Per Tutti. Instead of haggis, head chef Marvin Galdo will be serving up a Italian equivalent from Moderna, Zampone, made with leftover skin and pork meat. A true Zampone Modenese IGP has 40% shoulder and thigh meat, 40% pork cheek and 20% skin, seasoned with salt, pepper and mixed spices including cinnamon, coriander, cumin and cloves, before being stuffed into a little sack made from the skin and trotter, which is then tied together at one end and boiled. This will be served with mashed potatoes, lentils (symbolising good luck), fagioli di spagna (stewed, large white beans) and buttered spinach.

Don Giovanni x Per Tutti will also be working with new-to-the-market, premium Scottish gin brand Blackwoods to provide plenty of Burns night merriment in the form of G&Ts and cocktails.

Who fancies winning a lifetime supply of lager?
● / News 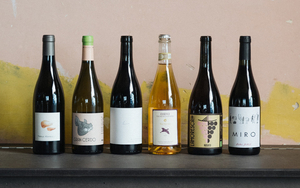 Now seems a good time to learn about natural wine

We speak to local experts about what it actually is and where you can get... 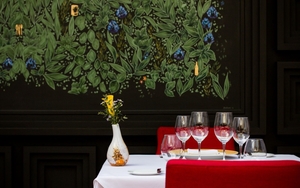 There will be no Good Food Guide this year, for the first time ever

There will be no Good Food Guide this year, for the first time ever