This place is big and very much worth a trip.

The RHS Garden Bridgewater is opening on Tuesday 18 May and it will be the engine for a huge boost in visitor numbers to the region.

The £35m project is presently just about the largest gardening project taking place in Europe with a total estate of 154 acres and, if this first look is anything to go by, it will attract guests from all over the UK, the Continent and beyond.

Of course, this is a garden so plants have to grow and take over brick walls with creepers and fill out beds with colour but there is still so much to delight in right now. That development over the coming years will make return visits necessary.

The walled gardens are the pull, especially the main one underneath mighty walls that are almost are scaled for defence. These are part of the remains of the landscape planning of the nineteenth century and it's taken a huge effort to return them to this condition. The old gardener's house and its picturesque profile plus the handsome chimney for the boilers that heated glasshouses and even carried undersoil heating add welcome context to the site. Trellis towers in the lower walled garden mimic the shape of the chimney.

(The history of the place is discussed below.}

Gardens are about slowing down, taking a moment to breathe deeply. RHS Garden Bridgewater ticks those boxes, the formal areas, the informal areas, the stream, the pools and the huge profusion of benches make this a good place to contemplate one's navel. I'm going to cycle along there loads of times and take a book. Maybe poetry, maybe declaim it out loud. I wonder if anybody's been barred from a garden for reading poetry out loud?

Gardens and walks at the RHS Bridgewater - and entry fees

The list of individual areas is comprehensive. There are community gardens, a learning garden and lots of educational programmes free to schools, there are fruit houses, a woodland play area and some pigs. And bees, of course, and honeycomb-shaped flower beds, of course. You may not know this but bees are associated with both Manchester's and Salford's coat of arms. Though I suspect you probably didn't know that and had never heard of such as thing.

An excellent walk is to follow the Chinese-sponsored Chinese streamside garden to Ellesmere Lake. Again plants need to bulk up and they will, but the walk is lovely now through woods with a lively stream burbling beside you.

Walking to the site is a way of saving money and so is cycling. As for the pricing generally: Adult ticket prices are £12 (£6 kids) and family tickets £28 for 2 adults and 2 children. If you walk or cycle you can get in for £7. RHS members visit free. Entry is free on Tuesday for Salford residents.

The architecture of the RHS Bridgewater

The way the older architectural elements are incorporated into the garden design is cunning and attractive but the new architecture is part of the magic of the place.

The Welcome Building is by Manchester architects Hodder+Partners and is a very careful and restrained piece of skill and elegance that talks to the landscape. The nearest equivalent in the region is the 2015 extension by MUMA architects at The Whitworth Art gallery

This is what Hodder+Partners say about their own work (and it's hard not to nod along as reading):

"The Welcome Building is a horizontal composition which seeks to respond to a commanding horizon defined by the elevated Bridgewater Canal. Structural 'trees' support an overarching timber diagrid roof beneath which the primary components of the brief; ticketing, a learning centre, retail area, indoor plant sales, and café, can flex in response to seasonal demands. The roof extends beyond the enclosure to the north and south, blurring the edge between building and landscape."

For all non-specialists, "diagrid" might sound like something you clean the drains with, but is, in fact, shorthand for a diagonal grid of beams. In this the diagrid is used in the roof to great effect.

The vast terrace opening out from the cafe in the Welcome Building is going to be hugely popular in the summer months. A proper garden centre is part of the southern part of the building too both inside and adjacent. The cafe, shop and garden centre are all free of charge in terms of entry.

As for caveats, well, you worry about the ability of Leigh Road and the M60 to cope with the traffic on high days and holidays. Post-Covid restrictions, RHS Garden Bridgewater will eventually smash a million visitors. The public transport system needs to be worked out too, the buses are regular but trams and trains are quicker. I rather fancy a leisurely boat trip from the city centre on the Bridgewater Canal though, maybe good food and good drink included in the fare.

Also since Peel Group, has sponsored the learning garden and educational courses and are still the landlords of the site, they might put on a gentler face over aesthetics and dip its hands in its pocket again. A brick wall would be a better southern boundary to the site along the Bridgewater Canal rather than the steel fence which looks like something around a steelworks or a prison. Ok, the fence is a distance from the site but it still jars. The Bridgewater Canal was crucial in providing the cash that created the estate in the first place.

Oh and one last thing. This is the fifth Royal Horticultural Society gardens - what took them so long to hit the North West?

But that's about it in terms of criticism. All the rest is good to excellent and beyond.

So, what's the story of the site?

Worsley New Hall was completed in 1846 and designed by Edward Blorefor the Duke of Ellesmere. The latter had inherited his estates through his dad from the Duke of Bridgewater who'd made a fortune with his Worsley coal mines and the success of his eponymous canal. That money provided the money that created the gardens as stated above.

Worsley New Hall was trendily Elizabethan in counterpoint to so many of the nation's Palladian and Classical country palaces. It was magnificent but doomed. The family didn't return after WW1, and it was damaged and vandalised and ultimately demolished in 1949 after years of neglect and abuse by a variety of tenants.

The gardens of Worsley New Hall were the work of the prolific and much sought-after William Andrews Nesfield. The Gardener’s Chronicle described the New Hall and its grounds in 1846:

"This magnificent residence lies about eight miles west of Manchester. The mansion is beautifully situated on a rising knoll, the gentle acclivity of which the approach imparts to a great degree of dignity. In the east may be seen the wild and lofty blue hills of Derbyshire, whilst the fertile county of Cheshire lies within view on the south. The celebrated Chat Moss lies in this direction formerly covered with impenetrable swamps. Skirting the declivity of the park may be seen the famous Bridgewater Canal winding along the vale, which is beautifully skirted by rich meadows and woods, the whole forming a picture full of interest."

The rebirth of the site has created Greater Manchester's newest tourist hook. This is the biggest addition to our regional visitor economy for two decades since that raft of openings including The Lowry, the Imperial War Museum North and Urbis (now The National Football Museum).

The main master plan for the somewhat awkwardly named RHS Garden Bridgewater was delivered by Tim Stuart-Smith to take maximum advantage of a site falling some distance down a slope to a level area to its south with different soil types and lots of water saturation.

Countless other garden designers have been involved in the last three years or so across the site, too many to name. Literally, their work is bearing fruit. This place mingles rich history, with natural beauty and a developing future. Get booking. 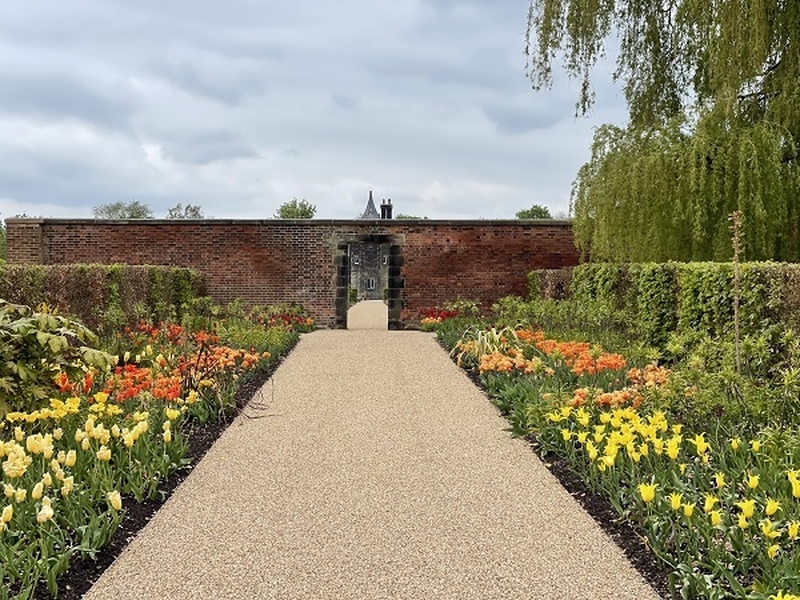 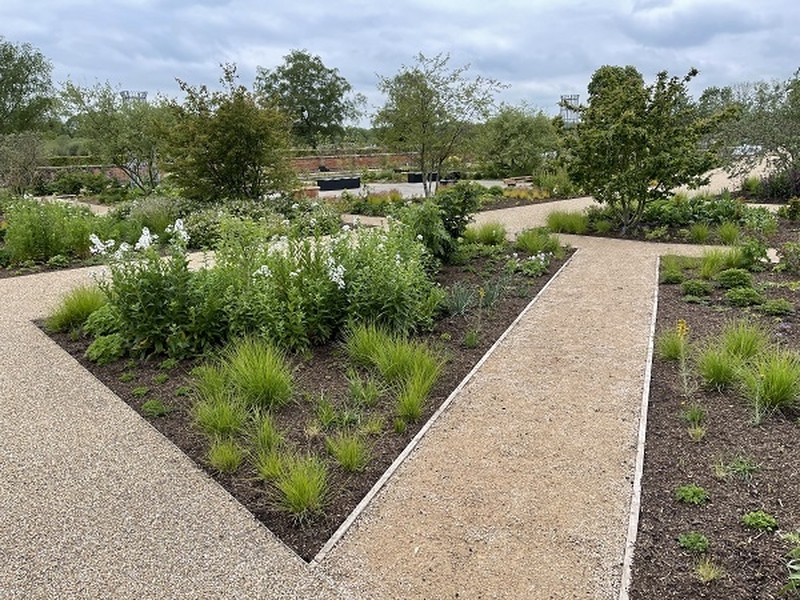