14 of the best things to eat around Manchester this month: Sept '17 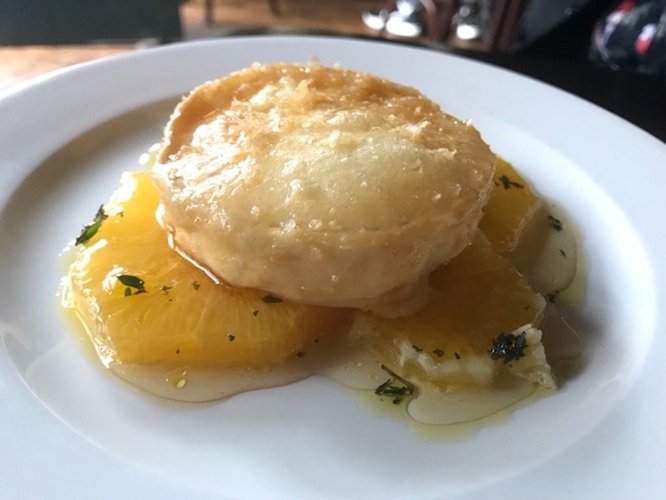 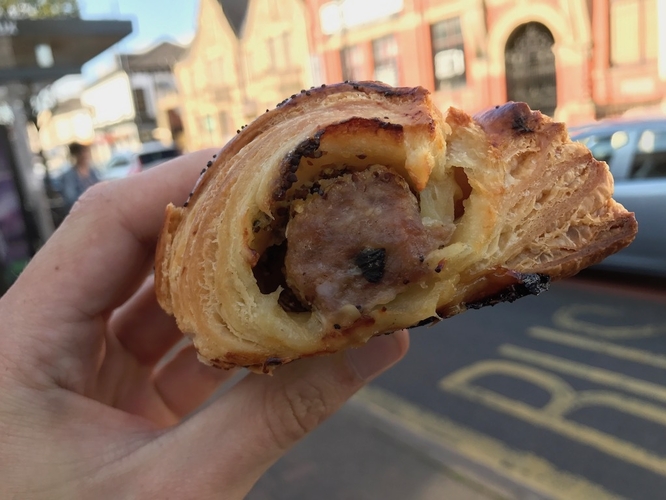 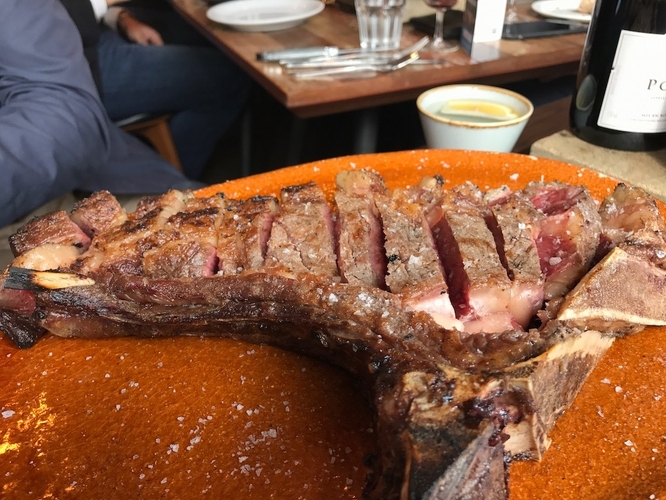 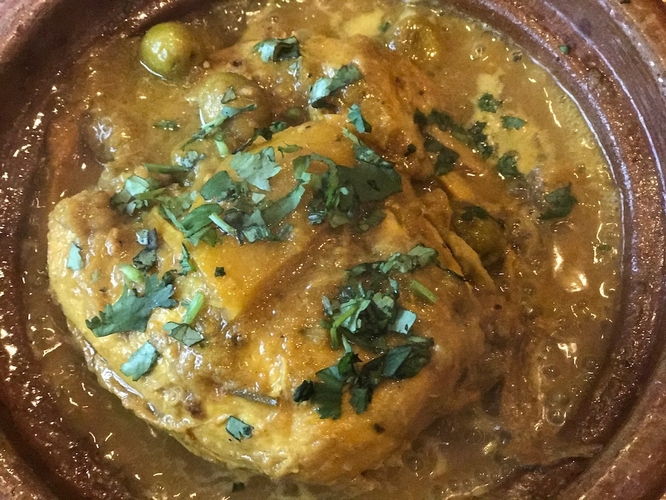 This month we spent a lot of time up in Ramsbottom, then over to Altrincham for tapas, Stockport for aubergines and the city centre for a bit of fundido

Hungry for more? Here's our best bites from June, July and August.

Altrincham’s new branch of Chester tapas outfit, Porta, is picture perfect - and the food’s not bad either. Top marks go to both the deep fried goats’ cheese bathed in thyme-tinged honey with orange slices, and the slow-cooked ox cheek, sliced and crisply pan-fried, flecked with toasty herbs and topped with pickled walnuts. Both dishes showcase a spectrum of authentic flavours and textures that come together in face-slackening harmony. It’s quite something. Pair with traditional ‘hierbas’, an award-winning Menorcan Xoriguer gin and tonic, or pretty much anything from the wine list, and enjoy life that bit more. Ruth Allan

It was really difficult to choose between two tagine-ious dishes this month from cheerful Moroccan-by-way-of Chorlton cafe/juice bar/breakfast spot, Le Tagine. The Chicken Dajaaj is a hunk of baked chicken with preserved lemons and green olives, while the Lamb Lahm (so good they named it twice) is a tender, falling-off-the-bone shank doused in prune sauce. Both are tagined while on the bone so they retain succulence and flavour, while their fruit accompaniments tenderise the meat while injecting uplifting notes: Christmassy richness in the case of the prune and salty sunshine from the lemon. Both of which make a happy Sunday supper and at £7.95 and £9.95 respectively (accompanied by either bread or couscous) you can keep on smiling after the bill arrives. The service is ace too. Lucy Tomlinson

Levanter’s sister restaurant, Baraxturi, has recently spilled over into next door. It still operates a no bookings policy but one side serves pinxtos at the bar, while the other has become a Comedor (or dining room) with table service. They share a kitchen which runs along the entire back wall, but it’s now equipped with a custom-made ‘Pereruela’ clay oven. This rustic new piece of kit means they can now roast whole animals or fish. We shared a wood fire-roasted turbot from the Asador oven menu which was portioned at the table. The skin was crisp and smoky enhanced by sizzling garlic slivers and thin rings of almost transparent dried red chilli. The white flesh was soft and delicious, brought alive by a heavenly side order of roast vegetables at peak ripeness. It was absolute perfection and gave me a food afterglow which had me smiling for days afterwards. Deanna Thomas

It was a toss-up between the whole salt-grilled sea bream with Thai sauce or the mentsuyu pork with katsuobushi; the pig won. Transformed from something rather mundane by special magic stuff (a technical term) and cooking that lasted, presumably, 396 hours, into a late summer affair that coated Gordo’s tongue with ambrosaic lushness so full of flavour it required the Fat One’s dining partner to slap him out of his 2000 yard Vietnam war vet stare. A thick tranche of belly pork, with its spare rib (nearly) attached was worthy of the main prize. An easy dish of the month. Mark Garner

Since moving from the city centre to the 'burbs, I've had little time for sit-down dining, which is handy really as I've nowhere at home to sit down or dine. A weekend trip to Levenshulme Antiques Market then, which proved fruitful not only for finding a wonderful stained glass workshop, but also for the life-changing sausage roll picked up over the road at much-hyped artisanal bakers Trove. I've never before visited Trove, having had (to my shame) no reason in the past to visit Levy. Now I have two; to pick up an oak Tuscany Tulip door for the khazi, but not before I've scoffed one of these crisp and buttery Cumberland wonders. David Blake

This fundido is fundamentally a fond fund of fecund felicitation filled with flavour and flinging a firm fist into any funny feelings of food failure from fondues. That’s enough of that. As any literary chef tells, you can over-egg alliteration. I did like this dish very much. It was a reasonable price, lively, ebullient and contained ‘Mexican cheese’, chorizo and pico de Gallo - a salsa of tomato, onion and most importantly, coriander. It’s got lift and is very juicy, if a cheesy dish can be juicy. As for the fondue, per job description, it is a great sharing food. Jonathan Schofield

First encounter with brains – to eat rather than pick? It came at Skyway Pete’s in Florida. My travelmates were all green about the gills after a night of excess, so my choice of pig brains and grits off the diner’s breakfast menu was an act of pure bravado. As I downed the last of the bland mush Peter's formidable widow sidled over to ask: “How did you like it, little feller? Don’t get much call for brains – had to scrape them off the back of the fridge.”

Contrast with the work of art confronting me in the Rabbit’s dark lair. Two roseate blobs topped with Ebène caviar, France’s finest, and is that peering through the gloom, a wisp of gold leaf glistening there, too? It’s even harder, above a clanging soundtrack, to take in our server’s exposition of chef Luke Cockerill’s latest creation, quite delicious with its delicate whack of spice, gochujang perhaps? My companion, a child of the BSE scare, refuses to partake of hers. More brain food for me then. Neil Sowerby

Despite being a committed carnivore, my need to eat meat or fish with every meal is waning. I’ve almost stopped noticing whether my dinner is carnivorous, pescatarian, vegetarian or vegan, because it is all just simply food. That’s what’s so good about Stockport’s Allotment restaurant. It’s proudly vegan and also gluten free, but instead of a stereotypical hempy, ‘damp cupboard’ vibe, chef Matthew Nutter and team get the most out of seasonal vegetables, grains, herbs, fruit, pulses, fungi, oils, nuts, seeds and spices, using both modern cooking techniques (spherification etc.) and ancient practices such as smoking and pickling.

This results in some sensational dishes and my favourite (apart from his magical ice ‘creams’) was chargrilled peppered aubergine with sautéed oyster mushrooms, pickled chanterelles, smoke-cured kohlrabi and celeriac, and a demi glaze. I was slightly bemused by the plating up though, as all the components were pushed to one side. This left a massive gap which all but suggested that ‘this is where a steak would go.’ Deanna Thomas

Tacos seem to be popping up all over the shop. Perhaps we should build a wall to hold back the flood of artisan tortilla presses from Mexico. Not that these tiny wraps heed borders. Why, there’s even Thai Tacos on the new brunch menu at Chaophraya (made with rice flour not the traditional wheat or corn). So why not Tyke Tacos? Hebden Bridge is only just over the Yorkshire border and no one’s building a wall outside Todmorden any time soon except for Calder Valley flood defence purposes. One of Hebden’s great losses in the 2015 Boxing Day inundation was Moyles Hotel and Bar. Now part of it has reopened as the tap for Vocation Brewery with an array of cult guest brews, all just aching to wash down the new Tex-Mex menu with taco fillings featuring suckling pig or octopus and prawn. The Viva Zapata! moment comes when you order the £13 Carne Asada sharing platter, slices of marinated and grilled rump steak, surrounded by salsa rojo, soured cream, coriander and lime accompanied by eight soft corn tortillas. A favourite dish, naturally, of our pet chihuahua, Captain Smidge. Neil Sowerby

A calamari sandwich? Of course. Why hadn't I thought of that? What hasn't been improved by stuffing it between two bits of bread - have you ever tried, for example, a lasagne butty? You should. I came across this particular sandwich during a recent trip to Iberica. They call it a bocadillo de calamares and involves little more than fried squid and crusty bread - but why should it? I'm told this is to central Madrid what the bagel is to New York, though it strikes me more as a Madrileno equivalent of a fish finger sarnie. David Blake

Suddenly, old cows are sexy, especially ones that have been put out to grass after twelve years of hard milking (or in the case of Galician Blond dairy cattle from Lugo, not so hard) for a couple more years before getting the chop. Gordo thinks Yuval Noah Harari, weirdo writer of Sapiens and Homo Deus, would almost approve, though gets the impression he rates everything below Homo sapiens in the evolutionary chain as lovely... while we're all utter bastards.

Anyways, last week Gordo took fifteen pals and Confidential Heroes up to Baratxuri in Ramsbottom - the Basque-style pintxos bar that now has a small restaurant attached (the owners have a Basque word for it probably so full of Xs that Fatty forgot). Here we were served large, 45-day aged ribs on the bone, heavily seasoned and thrown for four minutes in some weird Basque-style clay oven (the Asador - as mentioned by Deanna above) so hot they double as steel furnaces in Guernica. This beef is so full of fat, gristle, blue meat and crispy bits that it drives butchers insane and would make the aforementioned vegan, Mr. Harari, shoot himself. It's also ace, fucking ACE... and don’t get Gordo started on the Guindilla Peppers served on the side. Mark Garner 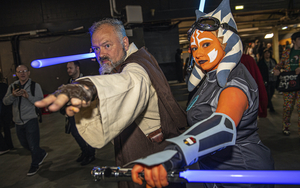