This current heatwave seems to have set the mood for Confidential's team this month. Their favourite recent eats are following a distinctly piscine pattern with an abundance of fish and seafood dishes. Menu choices also seem to have been inspired by countries which are usually hotter for more than two weeks of the year such as Cuba and Spain.

So make hay while the sun shines with this month's summery summary of best dishes. 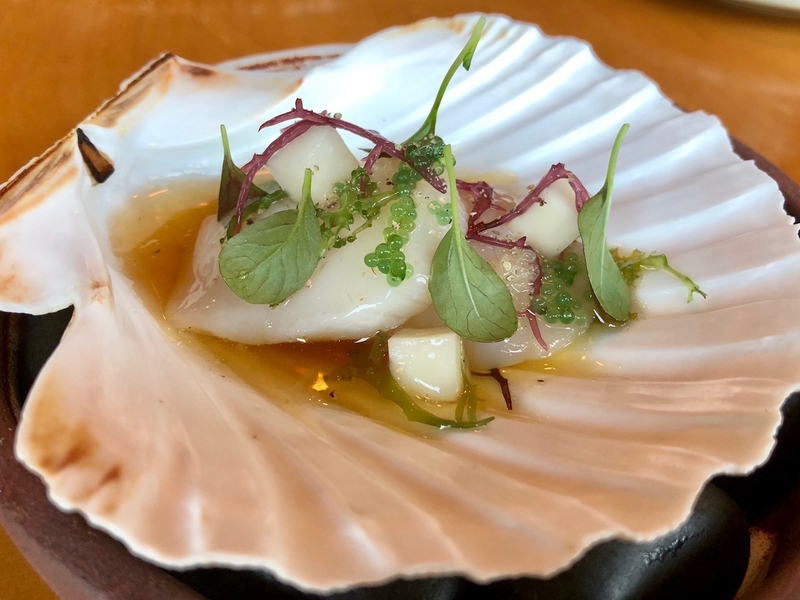 Scallops have been a favourite dish of Gordo’s since his first Coquilles Saint-Jacques aged fourteen in The Legh Arms in Prestbury. Mashed potato round the edge of a shell, scallops cooked in a cheesy sauce in the middle. Lush. Nowadays, scallops are plentiful, but very few chefs get them right. Nat Tofan, at the resurgent Manchester House, recently delivered to Gordo a scallop in a shell that was more than right: lightly cured, just turning from translucent to white, thickly sliced with lovely citrus-sweet notes from the sudachi ponzu and finger lime caviar, and pickled kohlrabi giving a touch of crunchy texture. Very, very good and demonstrates a chef coming into his own. It scored 10/10. Gordo 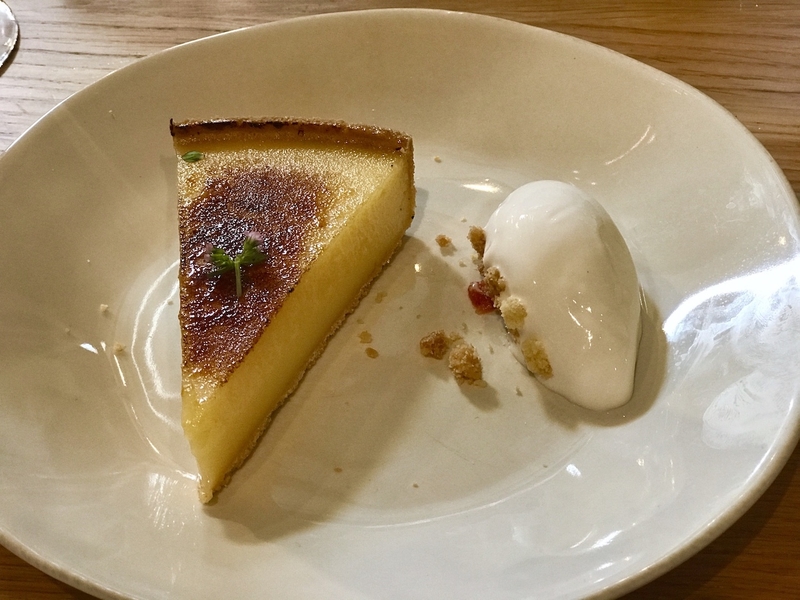 I swear that lemons are nature's battery storage system for the taste of summer, saving up pure white light in citrus form for us all to enjoy when the heat wave passes. This lemony dream was billed as the "daily tart" at The Barn, Michelin-starred Moor Hall's more casual offshoot. Intact, it is a thing of beauty, the sunny just-set filling is pooled within a physics-defying, ultra-thin, pate sucree crust that Andre Geim would be proud of. That is, until the forks descend: "And then you interfere with it and it just... liquefies" sighed my rapturous dining partner as I checked that he was still talking about the tart. He was. Well worth the trip to Aughton. Lucy Tomlinson 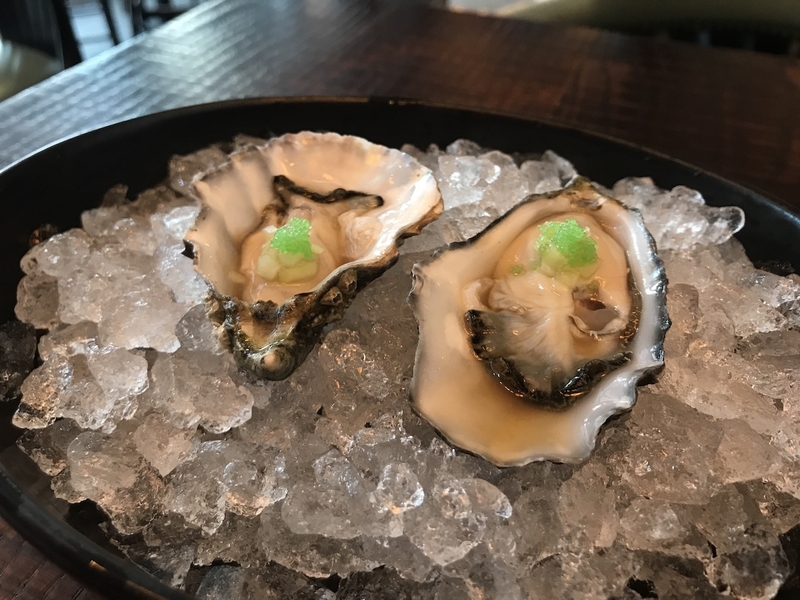 Now listen, I really don't like people messing with my oysters. In fact, I hold them in as much contempt as I do all the idiots who take offence at everything on Twitter. Oysters are one of nature's glories and should be enjoyed au naturel, with a little squeeze of a lemon, at a push. Just as inserting fruit into good cheese is a dirty and vile trick, so is mucking about with oysters, layering them in this and that. But then I do possess an in-built talent for hypocrisy (it's a writer's gift), so therefore I want to recommend El Gato Negro's oysters, which have been properly messed with by chef Simon Shaw. Easily one of the best looking dishes in Manchester, they come crowned with tobiko wasabi, pickled cucumber and yuzu juice, which to my profound intellectual disappointment, but my tastebuds' delight, are sharp, lush and refreshing all at once. Jonathan Schofield 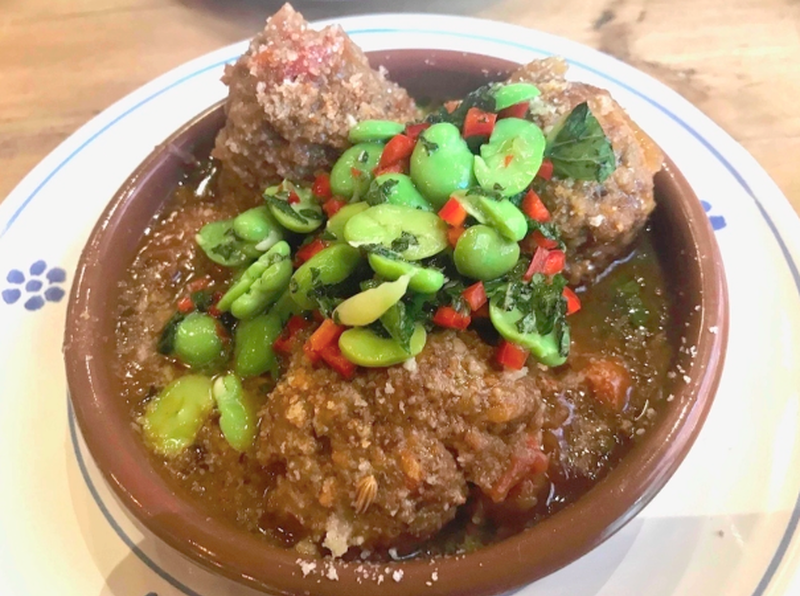 It's been three years since I first reviewed the excellent Sugo in Altrincham, which now has a new sophomore outlet in Ancoats following the same winning template - al dente pasta sourced from Puglian artisan producers Matarello matched with authentic sauces. An organic Grillo white from Sicily was a fine match for two perfect pasta dishes ‘Sugo Scoglio’ – Cavatelli pasta with mussels, baby squid and king prawns, Datterini tomatoes, chilli and ginger – and strozzapreti with fresh white and brown Devonshire crab, San Marzano tomatoes, fennel, chilli, parsley and lemon. Yet we were blown away by the humble meatball raised to sublime heights as a starter. The base meat was coarsely minced lamb, herby and larded with sharp Pecorino cheese, the ragu a tangle of sweet, sweet onions, all made heavenly summery with fresh mint and twice shelled, ultra seasonal broad beans. Neil Sowerby Cuban doughnuts - Finca at Artisan (£5.50 for enough to share)

Winner of TV’s Million Pound Menu contest, Cuban street food concept, Finca, packs a couple of brilliant punches in its temporary home at Artisan in Spinningfields. Strengths include the Cubano toastie, house mojito and homemade banana ketchup… but the real star of the show are the Cuban doughnuts. Imagine fairground doughnuts - with extras - and you’re getting close. The dough is made from sweet potato and yuca, which serves to make it super moist. Add in some homemade vanilla ice cream, spiced, crushed almonds, salted caramel sauce and lashing of dusty sugar, and you’ve got a case of food heaven on your hands. Ruth Allan 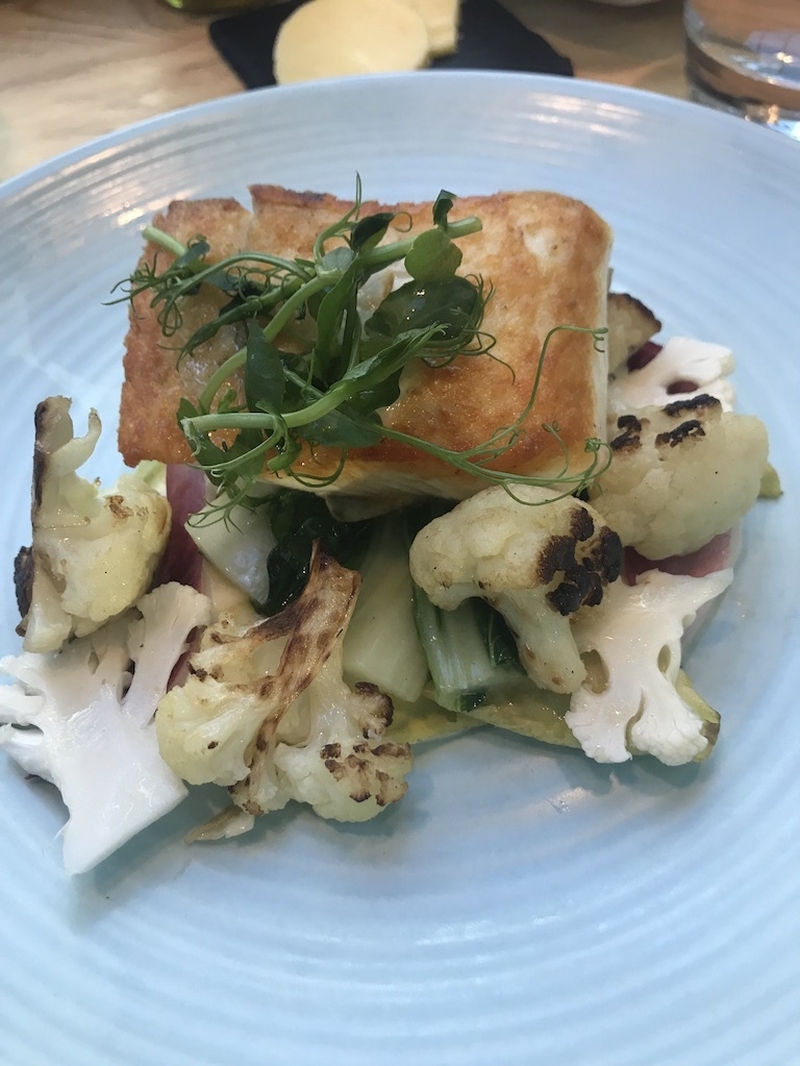 It’s all change at the Alderley Edge Hotel, following a £2.5m refurbishment. Gone are the starched tablecloths and heavy curtains, in their place a modern, new, open plan bar and restaurant providing a clean slate for Chef Sean Sutton to cast off the burden of previous incarnations and make his own mark, refreshing classic French and British dishes. The skin on my tranche of roasted halibut was crisped to perfection atop fresh, meaty, white fish. Roasting cauliflower florets brings out the hidden sweetness of this undervalued brassica, while paper thin slices of raw cauli, lightly sautéed pak choi and pleasantly bitter endive leaves rounded out the textures of this hot and cold salad. Providing a solid base was a delicate classic white wine and cream reduction that probably wouldn’t have been out of place in the kitchens of Escoffier. Deanna Thomas 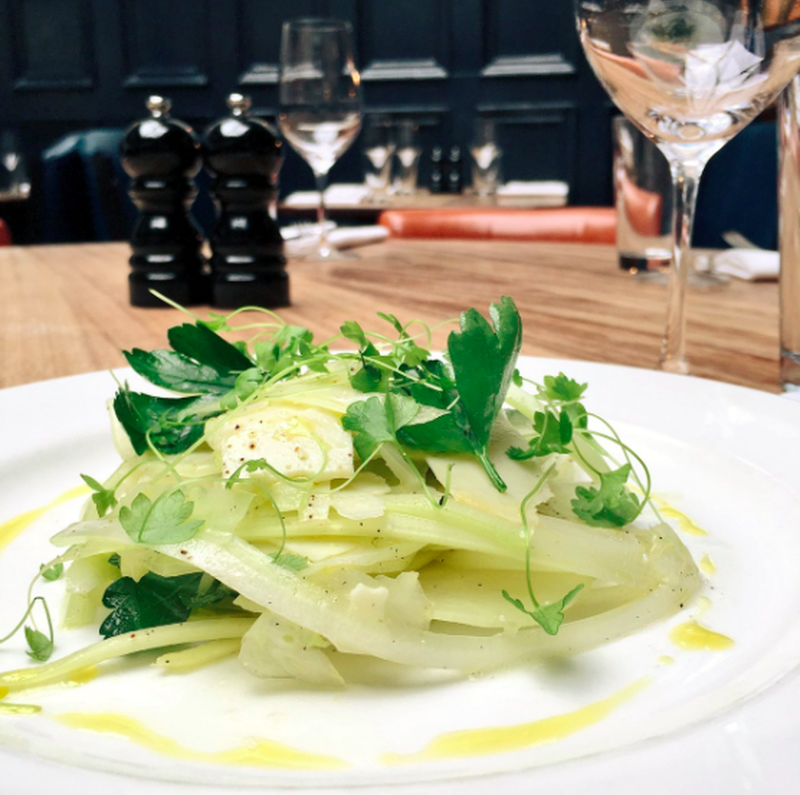 Tanked up on eight pints of shite lager, giddy at England's thumping of Panama, but struggling to remember my own name, I was in dire need of beefy ballast and somewhere quiet to sit/calm down. Salvation lay just down Deansgate, at Hawksmoor, where staff, adroitly steering me away from other diners, hoiked me into a booth and poured some table water. It was a roast I needed, slow roast rump, fully trimmed up, "the biggisht one, caulifwower cheese too, and shalad". Cracking roast too, apparently, I don't recall. What I do remember though, weirdly, was this crisp and crunchy kohlrabi and celery salad, all pretty and green and as fresh as a hosepipe blast (what ban?) up the shorts on a hot summer's day. It came circled by shavings of Spenwood - described as 'like an Italian Pecorino, but English'. How apt, I thought. "EN-GER-LAND...EN-GER" ('please sit down, sir'). David Blake

Like that? Then you'll probably want a bit of this... Manchester's top 35 restaurant deals - July 2018 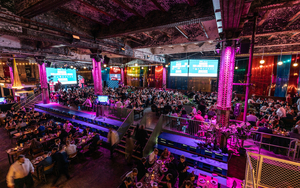