WELL, well, according to the council’s planning portal it seems that La Tasca on Deansgate is soon to be replaced by a Belgo restaurant.

But what the 'ecks a Belgo? As the name suggests, Belgo is a chain of Belgian-themed diners which launched their first restaurant in Chalk Farm, London in 1992. They currently have six London-based outposts, with their only venue outside the capital being in Nottingham (which, by the way, also used to be a La Tasca).

Belgium is of course famous for Tintin, Poirot, surrealist artist Magritte, Jean-Claude Van Damme and Marouane Fellaini’s hair, but not so much for food. It is, however, well known for its fantastic beer, so solids are most probably more of an afterthought.

Belgo specialises in moules frites (that's EU for mussels and chips), and have no less than eight versions on their menu – including one pairing them with Korean Kimchi.

If mussel-bound dishes aren’t your thing, they also offer rotisserie chicken six different ways, as well as steaks, burgers and dishes they have ‘borrowed’ from Britain like sausage & mash and fish & chips.

Belgo’s parent company is The Casual Dining Group who own a raft of mid-range European restaurant chains such as Bella Italia, Cafe Rouge and Las Iguanas. As they also own La Tasca, it will be more of a rebrand, replacing one identikit themed restaurant interior with another.

The group has supposedly been planning to expand to Manchester for a number of years and now they’ve finally got round to it, it could be the beginnings of a more aggressive UK roll out plan.

One thing's for sure, considering Deansgate's current dearth of Spanish grub, with only the nearby Lunya, Iberica, El Gato Negro, Evuna, La Vina, Tapeo, La Bandera and El Rincon there to fill the gap, La Tasca is sure to be sorely missed.

READ MORE: 188 Kitchen Is Whitefield's New (And Only) Bistro 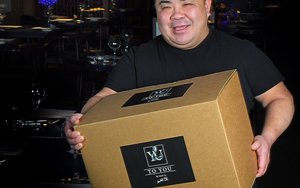 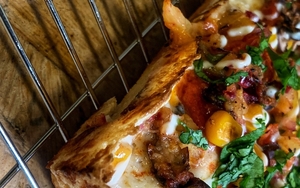 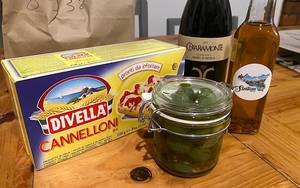 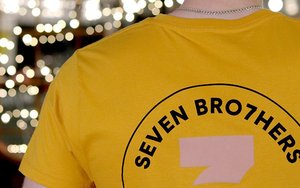