'We're overwhelmed, it's as rich as a Game of Thrones-style feast' - A’Vucciria, Rawtenstall, reviewed

Lucy Tomlinson packs in some rather large small plates

Until recently, Rawtenstall’s most significant contribution to the food and drink scene has been the famous Fitzpatrick’s Temperance Bar, which has existed for over a hundred years with the sole purpose of providing the good people of this Lancashire town an alternative to the evils of alcohol (blood tonic is apparently a favourite sip).

In a pleasing contrast, as you walk into A’Vucciria, located just two or three doors down from Fitzpatrick’s, you stumble straight into the bar; a handsome conversion of an old bank with high ceilings and walls lined with vintage prints advertising Aperol and Campari. No one is drinking blood tonic here, rather carafes of wine or one from the impressive selection of gins. Alcohol is very much unshunned. 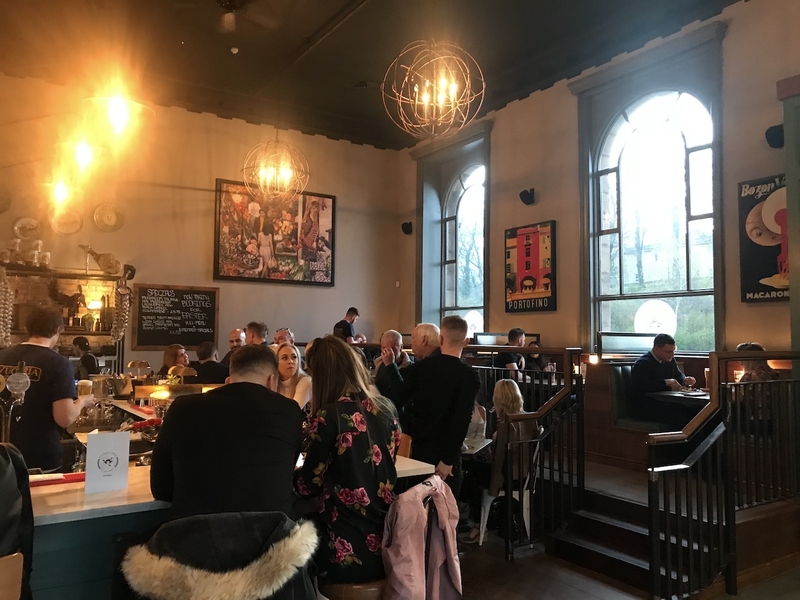 This restaurant/drinking den is named after one of Sicily’s oldest street markets - the word ‘Vucciria’ literally translates as ‘hubbub’ - and it certainly has the hustle and bustle element down, though thankfully the risk of being run over by a wayward Vespa seems to be much lower.

Food is Sicilian small plates, which the menu dubs ‘social eating’, so no pasta or pizzas here. The menu recommends ordering four or five dishes between two diners as a guide, so, with gung-ho optimism in our eating abilities, we ordered six. Perhaps we should have heeded the advice, for my only reservation, entirely brought on by my own bigger-than-belly eyes, is that I was just a bit overwhelmed by the richness of the food.

The lamb leg (£9.50) served with parsley and nut crush and balsamic mushrooms, was cooked the perfect shade of pink, and looked pretty fanned with radish and blobbed with carrot. The boneless chicken thighs (£8.75) were glisteningly succulent and came on a bed of squash puree and cavolo nero. Each would have made a substantial main course (with the addition of a side or a salad) in its own right.

Pieces of monkfish tail (£11) came in an intriguing black batter (made from squid ink) and served on green pea sauce with a lemon aioli. Though it might look like lumps of coal, the puffy batter and pea flavours made it more akin to posh fish and chips (sans chips). The gin-cured mackerel (£7.50) was rich too; the smooth, oily fish punctuated with vibrant blobs of lemon gel and yes, floated in on a swirl of horseradish cream.

Perhaps spring greens (£6) would offset all this opulence? Asparagus, French beans and peas were all firm and fresh, greenly redolent of the new season but also bathed in a pool of mint and goats cheese cream and smoked ricotta. Fantastically creamy, yes; light and refreshing, no.

I wasn’t as keen on the cicchetti (£6.50) - squares of bread loaded with a caponata-like melange of roasted vegetables and either meat, remoulade or anchovies. Compared to the other dishes on the table they were a bit clunky (probably more suitable eaten on the go with a bottle of Morretti) and the roasted vegetable layer had obviously come straight from the fridge because was ice cold. But this is a minor complaint.

Despite being replete, we persisted bravely on to the dolce. The cannolo (£5.50) was stuffed to bursting with yet more sweet ricotta and speckled with chocolate chips. Some say the origin of cannoli is as a fertility symbol though I can’t imagine why. It’s the kind of big, simple dessert that is always a crowd pleaser. I loved the Marsala and orange poached pear (£5.75), which came with malt flavoured mascarpone and candied nuts. The malt offset the light, sweet pear beautifully and the candied nuts tasted like luxurious cereal.

I think I had expected lots of light and bright flavours, tomatoes, lemons, herbs from the slopes of Mount Etna, that sort of thing. Looking over the vegetable dishes, for example, it’s hard to find a veggie that is not doused in cream or cheese or preferably both. No complaints here, but vegans and healthy types should probably look away.

Perhaps the chef had skewed towards the comfort-food end of the spectrum of Sicilian cuisine to please us lard-loving northerners, I speculated. But I asked around in and it turns out Sicilians are fond of meat-heavy dishes  - spleen sandwiches are a traditional snack – so maybe we have more in common than I thought.

Don’t get me wrong, I like a bit of excess but despite appreciating the food, the décor and the charming staff I could help feeling a little unnerved. As dish after dish arrived I felt like I was partaking in a feast on an episode of Game of Thrones - and we all know how those end. Being up to my elbows (figuratively at least) in such indulgence felt almost like a character flaw.

While the axe didn’t fall this time, I did cast a wistful eye at the Temperance Bar as we were leaving, wondering if they might have a cordial to alleviate the vice of gluttony. But they had modestly shut at 5pm. Ah well, I am sure there will be an opportunity to absolve my sins in in future, because I hear the Sunday lunches at A’Vucciria are not to be missed. 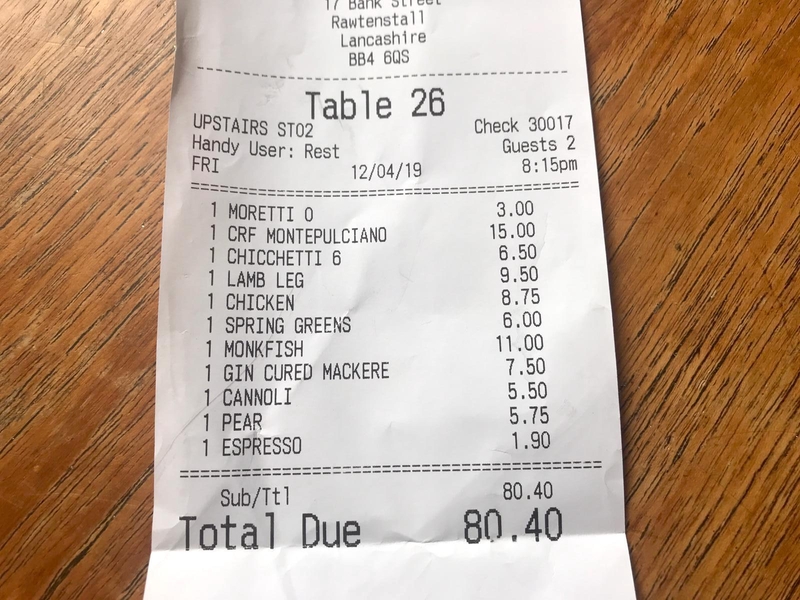