Angry World And The Referendum We Should Not Have Had

THERE is a lot of anger out there.

We vote in government to make these decisions for us, otherwise why bother with elections.

In March I led a tour of Turkish writers and travel agents around Manchester. We stopped for a coffee in the cafe of the Museum of Science and Industry.

Two of the men and a woman shared a table with me. I asked about Turkey and it was akin to lighting the blue touch paper, but I didn’t want to stand well back, the response was fascinating.

“I need to leave Turkey,” said one man. “We all live in Istanbul and it's changing, the mood, the atmosphere. Our leader Erdogan (the name spat out with disgust) is encouraging the religious fanatics from the villages and the countryside to walk into the past, a narrow-minded, bigoted past full of idiotic old-fashioned ideas. He’s locking up journalists who don't agree with him and betraying the dream of Kemal Ataturk for a modern country.”

“I am suffocating there,” said the woman. “Look around. None of the women in this group wear headscarves. We might be religious, so what, that is our business, but being shamed, being stared at for not giving up normal modern ideas, for not staying in having babies for Turkey, is wrong. You know Erdogan has told us this is our duty, yes? To have babies for Turkey.”

“We need change,” said a Spanish journalist on a tourist trip to the city. “The Podemos party looks like our hope in Spain. We need a left wing solution to all this austerity, to the high unemployment, we need to protest and then protest more. There is so much bitterness in my country. I feel ashamed to see so many of our young people seeking jobs in the UK. And now your country might leave Europe, which will make things worse by encouraging separation not solidarity. Why are you having this stupid referendum?”

“Merkel is a fool,” said a German writer visiting Manchester in February. “We simply cannot absorb a million new immigrants in one moment; especially immigrants that have not the Western traditions with many not understanding the idea of equality for women and tolerance of all religions and cultures. You saw Cologne at New Year? It is a bad situation and Merkel is dangerous for Germany right now. I wish we could have a referendum like you.”

Whatever we feel about these comments from guests to Manchester, the anger is clear. Fury with the political system from right and left is cutting like a blunt and rusty saw through Europe and beyond. I could quote similar puzzled and fierce words from visitors from Holland, Italy, Greece, France, Russia and so on. They involve internal politics of countries and external concerns. Some take your breath away. One recent Russian visitor said, “We need Vladimir Putin to stand up to all the aggression from Europe and America to Russia – look at the Ukraine. He makes us strong and in these difficult times we need his strength.”

The Great Hall, Manchester Town Hall, from where our fate was sealed on Friday 24 August

It feels there is something of the dangerous world of the 1930s in the air. There is a mood of discontent, of polarisation into left or right camps led by demagogues of which Donald Trump is only the most recent example. 'Strong men' such as Putin and Erdogan, the growth of extremism on all sides, nationalism on the rise in almost every country, all carry a whiff of the thirties.

As Europe set out on another war, poet WH Auden wrote September 1, 1939. ‘I sit in one of the dives/ On Fifty-second Street/ Uncertain and afraid/ As the clever hopes expire/ Of a low dishonest decade/ Waves of anger and fear/ Circulate over the bright/ And darkened lands of the earth/ Obsessing our private lives.’

I recognise something of that poem in the mood of June 2016: of this present ‘low, dishonest decade’, especially within our wonderful, flexible, diverse democracies. Democracy is in crisis. It appears stale to many because it seemingly cannot deliver as many benefits to as many people as possible quickly enough. So people become splitters retreating into smaller groups that they identify with rather than embracing bigger ideas.

I saw this in the fierceness of many of the pro-independence Scots and their utter hatred of the Union. I see it in the retreat into isolationism of religious groups. I see it with the increasing violence of scruffy anti-capitalist halfwits. I even see it in the adoption in the last couple of decades of the Cross of St George as an English symbol. I want the Union flag. I am 100% English by background but when asked I always say I am British: the bigger ideal, not the smaller.

The uncertainty, the growing factionalism leads to politicians adopting desperate measures. They panic. They offer us the chance to split thinking we might not seize the chance. David Cameron had no right to give us a referendum on Europe. He had no right to try and ‘settle once and for all’ the division in his own party and see off UKIP by putting the whole country through the pain of this referendum. We vote in a government to make these decisions for us, otherwise why bother with elections?

Geoffrey Wheatcroft writing in the Guardian this week quoted Clement Atlee in 1945. “I could not consent to the introduction into our national life of a device so alien to all our traditions as the referendum which has only too often been the instrument of Nazism and fascism.”

Looking back to 1945 is instructive.

There had been a national government, without a general election for ten years through the crisis of World War II and Winston Churchill had suggested it continue as the emergency wasn’t over despite the impending surrender of Germany and Japan. He suggested the idea should be tested with a referendum. Atlee said no. Britain didn’t do referendums, it voted in a government at General Elections. Governments then made the decisions until the next time when they could be thrown out if the electorate didn’t like them. The British position had always been that referendums were too simplistic and popularist. Hitler three times used them to consolidate his rule and after the last there would be no more voting for Germans until Hitler was gone.

The foot stamping by Atlee led to the General Election of 1945. Many in the establishment and intelligentsia thought the British lion of war, Winston Churchill, would be rewarded for his wartime leadership by being returned to power by a grateful public. Instead Labour under Atlee won with a landslide. People wanted change. They wanted a promise of equality and a proper welfare state, a new start and a new chance. The landslide for Labour was a vote for hope.

Many of the leave voters in 2016 seem to be delivering not a message of hope but simply one of disillusionment, a negative message of ‘this is a bit shit, so let’s bugger off and do our own thing’. This resembles the worst aspects of the Scottish Referendum with the added nasty ingredient of the vilification of immigrants.

We woke up to a democratic revolution on Friday 24 June. We woke up with the unholy alliance of the establishment, most of the political class, big business and progressives on left and right confounded by the same mood of anger and discontent to be found throughout the West and beyond. Not all leavers voted negatively, but talk to people in the pubs and streets and it is astonishing how many wanted to leave over a vague notion of ‘controlling our borders’ and 'they're letting too many in'.

Surely though, in these dangerous times, splitting, reducing our influence and position is wrong, especially for the worst of negative reasons. As bitterness creeps through the West, Brexit can only add to the volatile mood across Europe and beyond. Forget the arguments over economy, think of the message we have sent, think of the symbolism, think of the future, short and long term.

It is appropriate the result of the referendum was announced in Manchester Town Hall. In August 1819 at least fifteen people died during the Peterloo Massacre, protesting about the lack of representation and the vote. It was a seminal moment in the battle for democracy in British history. The protesters wanted a share in shaping the direction the country took and they did this in a positive spirit, designed to unify the nation and its various classes and interest groups. We should have followed their example and chose, in this needless referendum, to positively bind ourselves to the European Union, to stay and work for democracy and improvement in the lives of our fellow Europeans and yes, those escaping horror elsewhere. The EU needs to change, it needs to be a beacon of stability, but we can't now influence that from outside the club.

The mood is ugly across the world and we had a responsibility to not increase that mood by cutting off our nose to spite our face on a vague promise of 'getting control back'. Brexit will make an uncertain world even more uncertain and in this 'low, dishonest decade' that's the last thing we need. 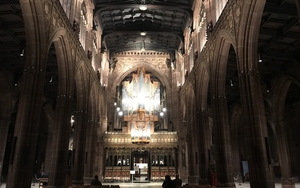 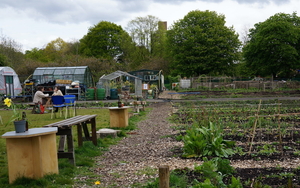 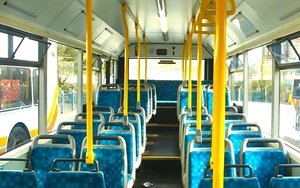 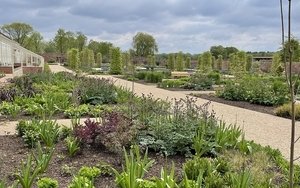