What would MIPIM be without a zippy scheme from Manchester's most dynamic property developer, Allied London.

It's easy this one, ABC, the new moniker for the reinvented Astley & Byrom House - which Allied purchased from the West Midlands Pension Fund last year.

The borders of the developer's St John's scheme will be expanded to include the sixties office blocks, which sit between Quay Street and St John's Gardens, with plans to retain and enhance their 1960s features alongside project architects, Levitt Bernstein.

The developer describes the buildings as 'true sixties', with 'many fine features from an era of innovation and originality'.

ABC - which is due to complete as early as the summer - will be targeted at film, TV, media and tech companies which 'seek a presence in the city centre'.

Allied London boss Mike Ingall said: "The ABC Buildings, once restored to their 60’s ethos and enhanced with an advanced tech infrastructure, will make powerful additions to our Enterprise City vision." 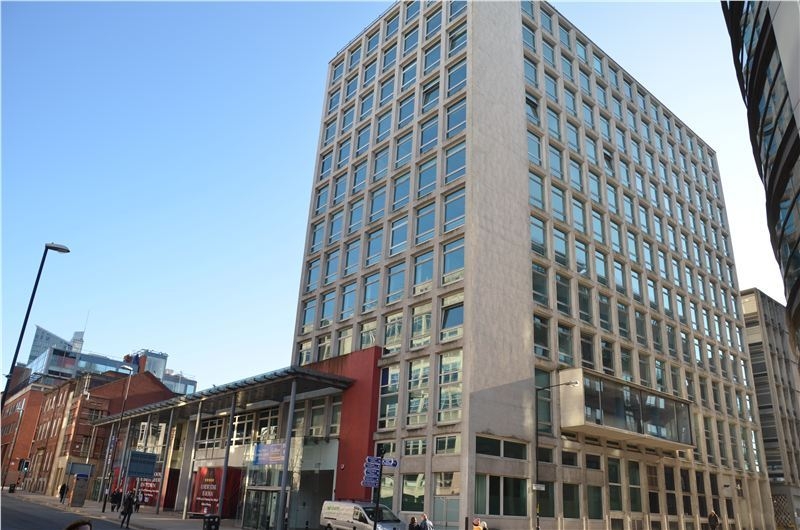 Ingall said: “It’s MIPIM week, so as you would expect Allied London, with the help of CGL, has revealed a new idea - a concept building referred to as Enterprise City Campus; a 500,000 square foot integrated series of buildings that could become a new tech and media campus for Manchester."

"At this stage it’s only a concept," continued Ingall, "but could lead to a significant extension of Enterprise City - it’s the difference between ten and fifteen thousand workers.

"The building, if developed, would be an extension of Enterprise City and located adjacent to the new Factory arts centre, replacing a part of the Trinity Islands development," he said.

Find out more about Manchester's week in Cannes here from Our Man in MIPIM.