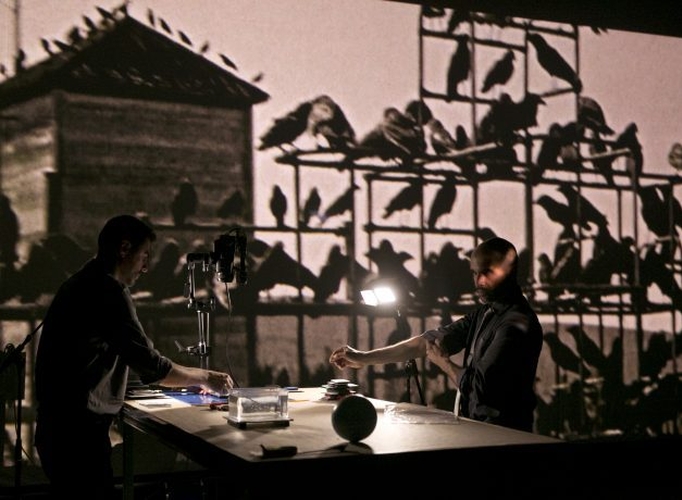 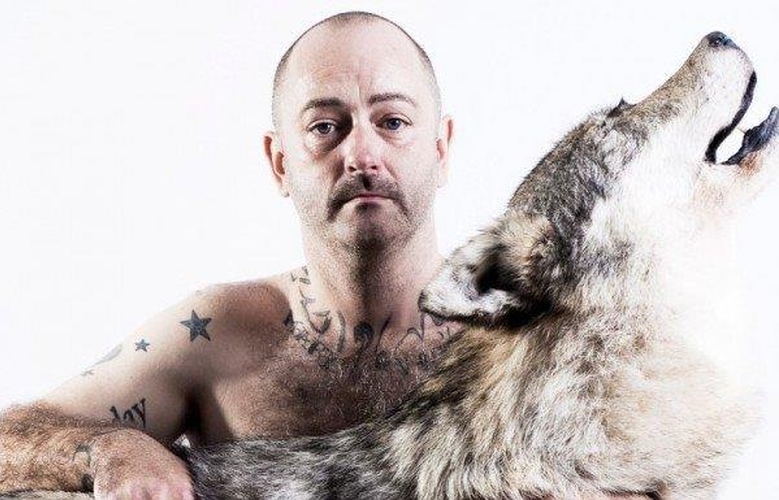 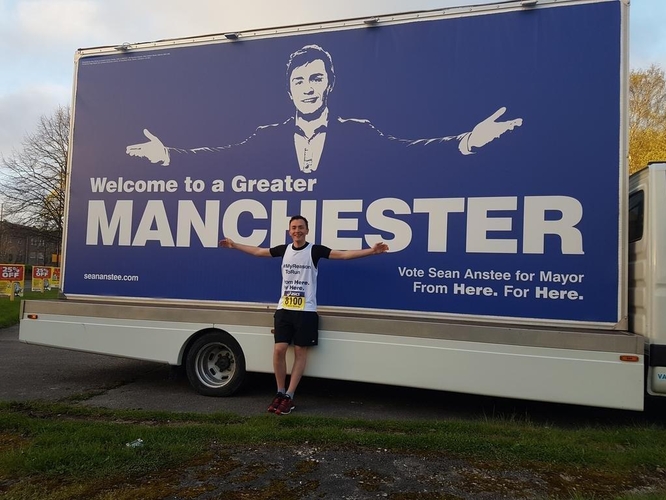 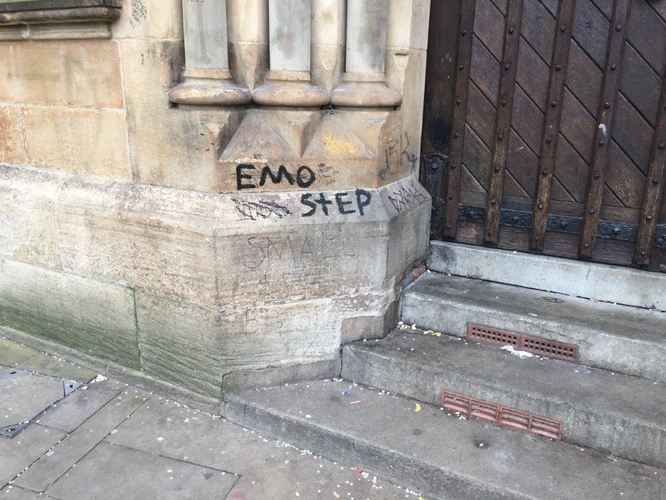 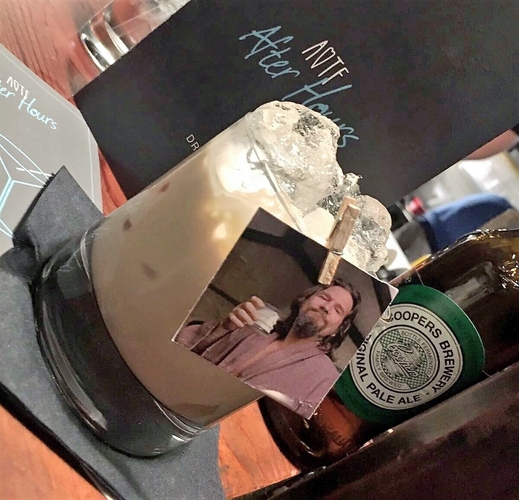 Week 14: in which Sleuth is advised to not raise the people and seize the state

Sleuth is pleased to see MasterChef 2015 champion Simon Wood reveal preliminary plans for his first solo restaurant this week. The Oldham-based chef has reportedly been eyeing up a number of sites across Manchester over the last year, but, like any chef keen to open their first restaurant, has been waiting for a spot with just the right mix of secure onsite parking and public transport connections.

“I was instantly attracted to First Street and see this very much as the next go to place in an already vibrant and exciting city,” said Wood and not First Street’s PR person. “It was a fantastic opportunity to be part of a thriving community which boasts, HOME – the Contemporary International Arts Centre, bars, a hotel and onsite secure parking, all positioned around a new public square that will play host to a range of exciting outdoor events this summer.

“First Street is everything you could need in a brand new high quality leisure and hospitality development and I share the estate’s vision as an up and coming destination,” continued Wood and not First Street’s PR person. “It is close to many key Manchester venues and has excellent public transport facilities nearby with Oxford Road train station, Deansgate train station and Deansgate/Castlefield Metrolink station within a few minutes’ walk. Oxford Road train station is due to undergo a huge multi- million-pound redevelopment too and so the location is accessible, modern and inviting.”

SLEUTH, THE CANDIDATE & THE CRUXIFICATION

Sleuth sees that the eight candidates running in May’s Greater Manchester mayoral elections have now been confirmed. One of whom is Tory young gun and Trafford council leader, Sean Anstee, 29, who this week celebrated his candidacy by running in the Manchester marathon and standing arms outstretched in front of a large billboard depicting him standing arms outstretched. Sleuth stole a word with Anstee at the big unveil before the race. “Mr Anstee, do you think as leader of Trafford council it wise to erect a giant blue billboard - within sight of Old Trafford - in homage to a giant billboard erected by Manchester City fans, mocking the move of Carlos Tevez from United to City?” “Oh, erm, race is starting, see ya…” said Anstee, starting off. Sleuth gave chase. “Or perhaps that an image of you, a Tory candidate, adopting a cruxification pose in the run up to Easter whilst preparing to contest an election in staunchly Labour Manchester is, well, a bit self-defeatist?” “Sorry, must be off…” panted Anstee, sprinting past the pack.

SLEUTH, THE BILL & THE WARDROBE

Sleuth was enjoying a handsome lunch in the impressive new Grand Pacific on Spring Gardens, when he suddenly realised he had just three minutes in which to make a meeting on the other side of town with a man in tan crocodile loafers. Hastily requesting the bill, Sleuth was surprised instead to find the server place a small wooden wardrobe on the table. “Ah,” said Sleuth, “and this must be the magical portal to a forest in a land called Narnia, where we shall meet a faun with my jacket, a beaver with my bag, and the great lion, Aslan, who holds the key to the card machine.” “No,” replied the server, “it’s an inexplicably large wooden box containing a very small paper bill.” “Oh,” muttered Sleuth, resheathing his sword.

SLEUTH AND THE PROOF OF PEP

Sleuth watched and loved Birdie at HOME arts centre this week. It was a production full of effects, fun and serious content from Agrupación Señor Serrano as part of Viva Spanish and Latin American Festival. The show is based around José Palazón’s disturbing photograph of migrants attempting to scale a fence while two women play golf. The idea behind the show was the movement of people, of nature, down even at atomic level, is unstoppable so why do we try? “Look,” said Sleuth towards the end, “that actor on stage looks like Manchester City manager, Pep Guardiola.” “A bit,” said Sleuth’s son, a City fan, “but there’s the real Pep, sat on the right, four rows down, with a hat which isn’t disguising him at all.” And true enough there was Pep G, proving that sometimes footballers have broader interests.

Outside the theatre one person was saying to another, “Pep Guardiola was in there, did you see him?” “No,” came the reply, “is he directing a production here, is he a Spanish performer?” “Sort of, he’s the manager of Manchester City,” said the first person. “Can’t stand football, no wonder I didn’t recognise him,” said the second person, proving that sometimes people who go to arts centre don’t have broader interests.

Sleuth was in Chetham’s Library with maths and English teachers from Stretford Grammar School. Michael Powell, the Librarian, had got his Newton and his Johnson out – so to speak. Isaac Newton’s 1687 book, Principia and Samuel Johnson’s Dictionary of English from 1755, both first editions, both immensely valuable. Albert Einstein described Principia as “perhaps the greatest intellectual stride it has ever been granted to any man to make”. “Look,” cried one Maths teacher, moved almost to tears, “there’s the equation for gravity.” “We should demonstrate it, who’s got an apple?” quipped one enthusiast. “Nobody,” joked Sleuth, “but we could drop the book instead.” Silence. Apparently the last one of its type had sold at auction for £338,500. As Sleuth said later, his gag was “perhaps the greatest unfunny gag it has ever been granted to any man to make.”

SLEUTH’S STRANGE CONVERSATION OF THE WEEK

This took place at the unveiling of the model for the larger Emmeline Pankhurst statue to be sited in St Peter’s Square. The winner for the commission to produce the sculpture of the Mancunian mother of the Suffragettes, was announced as Helen Reeves. Earlier Sleuth was stood next to an elderly lady as they waited for the grand reveal. “What do we do next?” said the lady. “We should raise the people and seize the state,” said Sleuth, in one of his stock-in-trade responses to questions he can’t answer. “Ooh, we should,” said the woman in a slightly reproving manner, “but not by you. I think on this occasion it has to be led by a woman?”

Following the announcement of the Pankhurst statue winner, one Twitter user took to the social media to vent his frustrations over the choice of the chair. ‘They seem to have gone for the novelty, silly option…’ Silly? Sleuth reminded him of a quote from one of the chief suffragette’s most famous speeches: ‘Day by day our members went forth and held street meetings. Selecting a favourable spot, with a chair for a rostrum…’ ‘All very well,” replied the objector, ‘but you’re still going to see a woman stood on a chair shrieking at a mouse.’

SLEUTH’S GRAFFITI OF THE WEEK

This is on the steps leading to the door on the old Manchester Grammar School building in Cathedral Gardens. It makes it clear who sits there most days. Anybody who doesn’t know who or what an ‘Emo’ is, please just take a walk past on any day but mostly Saturdays.

SLEUTH’S HALF-STORY OF THE WEEK

Back to HOME arts centre. Sleuth was on another visit the other day and there was a pair of youngish lads, twenties maybe, staring at some chips in the wall. “I think,” said the taller of the two, “this was where an Irish actor hit the wall with a pickaxe because he was angry over something in his show about some nursery rhyme, Snow White. It happened in one of these festivals a couple of years ago.” Sleuth paused but there was too much to correct. The lad was referring to Scottish artist, Douglas Gordon, attacking the theatre wall with an axe and then fleeing the country after terrible reviews of his Red Riding Hood based play, Neck of the Woods, during Manchester International Festival 2015 - not VIVA Festival which is currently at HOME. The lad had been right about the time frame though and in these days of pigeon-brain attention span maybe one out of five ain’t bad.

SLEUTH’S COCKTAIL OF THE WEEK

...comes from Chapel Street’s fantastic new neighbourhood bar and café, Another Heart to Feed, where, to cement the manliness of the oft-ridiculed ‘White Russian’ cocktail, they’re actually pinning to the glass little photos of the beverage’s patron saint, ‘The Dude’ (played by Jeff Bridges), from the Coen brother’s cult comedy, The Big Lebowski. “See...” said Sleuth to his partner, emerging from a sup with milk and Baileys in his tache, “...propa man’s drink that.”