Confidential’s increasingly irritable publisher gets very grouchy this time of year. Here’s why…

Gordo is old, so now and then Gordo needs to use his car to get to Confidential HQ in the city centre. Now, with the current traffic mess, it usually takes Gordo a good two hours to get anywhere, add to that traffic from the sodding Christmas Markets and Gordo will be lucky to get home before he has to set back off the following morning.

2. Because the beer tastes like piss without the personality and costs £5…

There's a great big Germanic brewery somewhere deep in a forest which makes beer for people in Azerbaijan who marvel at it like the English used to marvel at tins of Party 7. And now the English are drinking this shite in droves at the Manchester Christmas Markets. WTF? Apparently two million pints of this stuff are sold each year, for cash. That's £10 million. And where do you think this cash goes? Back to Germany every week in the lorry that carries the beer in.

3. Because the sausages are worse than the beer…

Twenty tonnes of prison grade sausages are manufactured in Bavaria, using all the bits the Germans won't eat. Frozen, they arrive in a great big fuck off truck which supplies the 369 stalls burning them to buggery and slopping them into bread rolls that get more stale as the weeks go on. The concrete used in the dough mix helps with the longevity, whilst tricking them trendy hipsters into thinking it's a new type of sourdough. And these fools pay £4.50 for them.

Each stall-holder carefully selects their favourite red wine, and vies to produce their own secret, crowd-winning blend of herbs and spices. Competition amongst traders is fierce to ensure that all visitors get the very best mulled wine in Europe...

They all buy those bottles of ‘mulled wine’ produced in Novosibirsk, Siberia to a recipe created by Stalin’s sidekick, Beria, to jump-start the sixteen million slaves they had mining coal every day. Strong stuff, now drunk in Manchester at Christmas by giggling gangs of fuckwits.

5. Because the paella contains 1.7 pieces of chicken...

Have you seen the state of that paella? It tastes like they've been using Cillit BANG for stock. Also, they appear to have found chickens suffering from anorexia with sixteen knuckles each. Though, if you’re lucky, you might get six or seven peas in the mix.

6. Because if I wanted someone sneezing on the back of my head as I was shuffled about I’d join a chain gang.

They’re about ten quid, which is £9.75 more than they cost. At least they’re dual purpose; wash ‘em and they turn into a tie.

Each and every stall-holder selling trinkets, proudly displaying their 'green', 'craft' or 'caring' credentials should be prosecuted for TAKING THE PISS. All these tricky fuckers do is wait for PoundLand to sift through the goods brought by the container load from Guangzhou, China. The stuff that even PoundLand is too ashamed to sell is sent to the Manchester Christmas Markets and sold to the Jeremy Kyle Show-loving peeps flooding into the city centre in droves. At least it’s one way of ensuring their dealers have a tough time over the holidays.

Take it off. Just take it off. You don't look jolly and festive, you look like a knob-end.

This year the markets were opened by 'Corrie Legends' Connor McIntyre and Les Dennis ahead of their turn as the ugly sisters in the Cinderella panto around the corner. Les Dennis... ugly bloody sisters? I thought this was the 'world famous' Manchester Christmas Markets? Jesus wept. Is that the best we can do?

I do love Pat Karney though.

Bollocks to this. Gordo is digging out his opium pipe until it all blows over... See you in January. 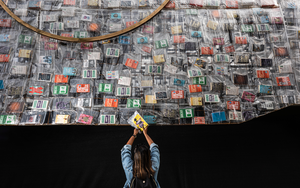 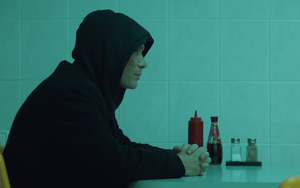 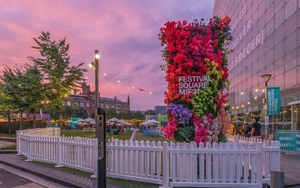