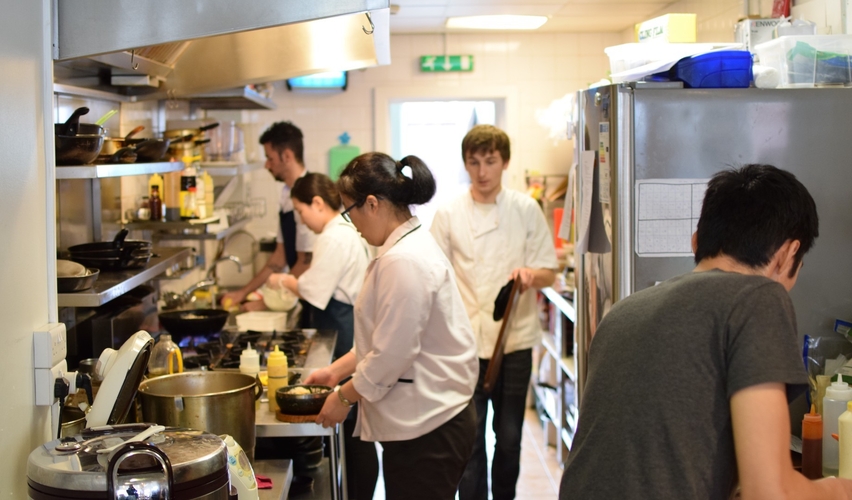 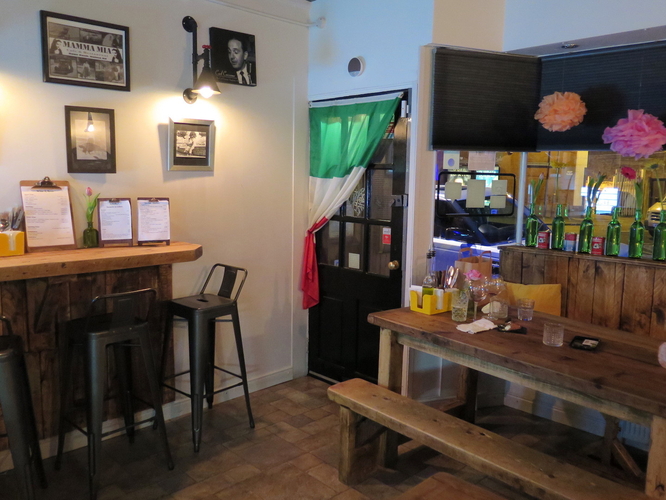 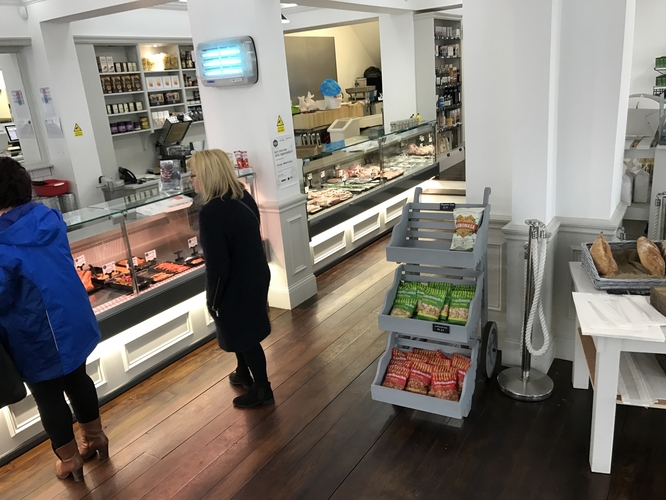 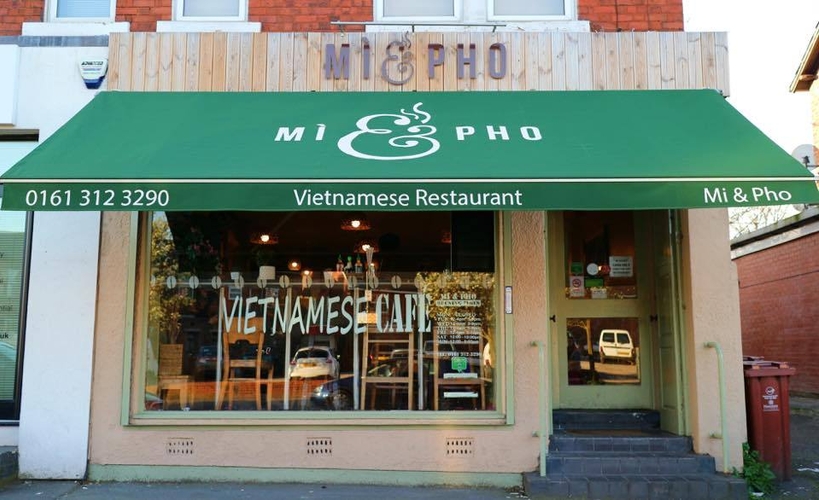 We reveal some of the secrets of the suburbs; from a Cambodian restaurant in Marple to Sicilian street food in Reddish

There’s almost nothing Confidential loves more than to discover a local treasure.

You know, the kind of dining place that quietly opens up in an unlikely suburb of Greater Manchester, behind an unassuming shop front and simply knocks it out of the park with fantastic cooking, no nonsense service and a bill that leaves you change for a taxi.

These are the kind of places the locals really don't want us townies - with our itchy Insta-fingers and tolerance for queuing - turning up and spoiling.

So, in the spirit of doing exactly that, we've put our heads together and come up with a list of little independent places across the region that are so good, they deserve a bit of a shout out... even if they'd rather we didn't.

Who’d have thought that the only other UK Cambodian restaurant outside London would be in Marple? Or that Angkor Soul on Stockport Road would have vintage vinyl for sale in the basement? Unlike neighbouring Thailand, Cambodian cuisine remains under the radar despite having its own refined take on the flavours of South East Asia; chillies, lemongrass, coconut, kaffir lime, pandan leaves, fermented fish sauce etc.

Angkor Soul’s chef/proprietor Y Sok (pronounced E-Soak) is a formidable woman, who makes everything from scratch (bar the inevitable Sriracha fix among the condiments) – every sauce paste, pickled vegetable, roasted peanut and spring roll wrapper. Our reviewer described the food as ‘quietly terrific’.

The interior of Taste of Portugal is like a bar you might find in Porto or Lisbon; bric-a-brac heavy, complete with photographs of the food they offer. It’s an independently owned family restaurant, so if you fancy bream or razor clams, ring the owner Fernando up 24 hours before your visit and he'll get them in fresh. If you like a homely neighbourhood buzz and really good, uncomplicated (occasionally exciting) food, you should try this place on Langworthy Road. Next to the dining area, there is also a little deli section where you can buy some genuine Portugese imports, while the native wine list offers great examples of the cracking bottles produced in this grape growing country.

Despite only opening in April, this South Indian street food canteen has quickly built a local band of Chorltonite fans, as well as scooping that most elusive of gastronomic achievements - the five-star Trip Advisor rating.

Amma's caters for meat eaters as well as vegetarians thanks to dishes such as tamarind wings and slow cooked beef sukka. Fish lovers are well catered for by the likes of madras masala mussels and fish curries, while South Indian dosas and desserts are a speciality. Amma's doesn’t serve alcohol, although you’re welcome to bring your own or opt for a fresh mango juice.

This restaurant and food hall in a Bolton suburb made it into this year’s Waitrose Good Food Guide after just one year's trading. Not bad going, but then we shouldn't be surprised. Head chef Lewis Gallagher has scooped numerous 'young chef of the year' awards and his menu manages to navigate the tightrope between classic, approachable dishes and culinary chance-taking. The restaurant upstairs is open from traditional full English breakfast through to dinner time, and the ground floor shop and butchery is well worth a post-feed browse.

Mi & Pho has become favourably gossiped about since we reviewed it back in 2015 - it is one of those places over which many Manchester’s foodies have ‘heard good things about’. The ‘Gol Cuon’ summer rolls are little wonders; rice paper tangles of exquisite freshness complete with cucumber, mint leaves and fresh coriander. A south Vietnamese dish of stir-fried vermicelli, mixed salad, pickled veg, crispy shallots, crushed peanuts, fish sauce and the Mi & Pho special of salt and pepper squid with prawns were only £7; remarkable value for such a stomach buster.

This vegan and vegetarian restaurant with branches in Liverpool and Manchester cooks and serves delicious regional dishes from India. Sanskruti translates as tradition or culture and they offer a menu that traverses the Indian sub-continent; the Thalis’ of Gujarat, the ‘Dosas’ of South India and the ‘Chaats’ of Mumbai to the rich, unforgettable taste of North Indian curries all made from scratch using the freshest ingredients. Here you’ll find more interesting, lesser known dishes such as the sweet and tangy Ragda Patis; a potato patty in spicy marrowfat pea gravy or Kaju Karela, crunchy fried bitter gourd tossed with jaggery, poppy seeds, cashew nuts and spices.

This little corner cafe and shop, on a very busy Upper Brook Street, is a place many people have passed dozens of times. Next time you’re in the area, make it a destination, because there’s a good reason why there’s a regular queue of people tumbling out of the door. Seoul Kimchi, which only has space for 20 or so covers, serves a range of Korean and Japanese dishes to eat in or take out. Dishes arrive when they’re ready, but first each diner is presented with a number of side dishes including chef/owner Byunghee Kwon’s handmade kimchi, made using her traditional family recipe. Highly recommended are Korean sweet and spicy chicken, bibimbap and gyoza. Homemade ice creams in flavours such as plum, ginger and matcha green tea are worth the queue alone.

This is an independently owned British neighbourhood bistro, which uses good local suppliers (name-checked on the menu) and creates reasonably prices dishes via uncomplicated cooking techniques. A good a la carte menu, BYO Mondays and a set dinner menu with three decent courses for £17.50, is why this place has been so popular with the locals for the last thirteen years.

This BYOB Middle Eastern restaurant has been Withington’s best kept secret since it opened in 1988. The menu hasn’t changed much in almost three decades and their fax number is still on their website. The interior has been described as ‘a Turkish granny’s front room’ with clashing carpets and cat tapestries, pictures of historic ruins and fake bricks everywhere, but it’s the food that keeps people queuing up to get in on weekends.

Mezze take up about 70 per cent of the menu roving across the Middle East stopping off in Lebanon, Syria, Israel, Palestine and Turkey. Here, you can stuff yourself silly with salads like fatoush full of fresh lemon, tomato and chopped parsley, bowls of silky hummous, piles of grains and fried parcels like kibbeh, bourak and falafel for less than £20 – and if you bring your own vintage Lebanese wine, you get to wash it down with quality stuff for only 50p corkage.

- Top 14 gastropubs in Manchester and beyond