Confidential spent a convivial hour catching up with Simon Wood

Series 14 of the globally famous TV cooking competition is now underway, so we thought it’d be a good opportunity to catch up with 2015 Masterchef champion Simon Wood. It’s now almost exactly six months since the winning chef opened his eponymous restaurant in First Street, but how are things going?

What does it take to go from creating pretty plates of food for a panel of judges in the confines of a television studio to opening your own place? We treated ourselves to lunch from Wood’s daytime theatre menu (2 courses £22.50, 3 courses £27.50) and persuaded Simon to sit down with us and tell us all about it. 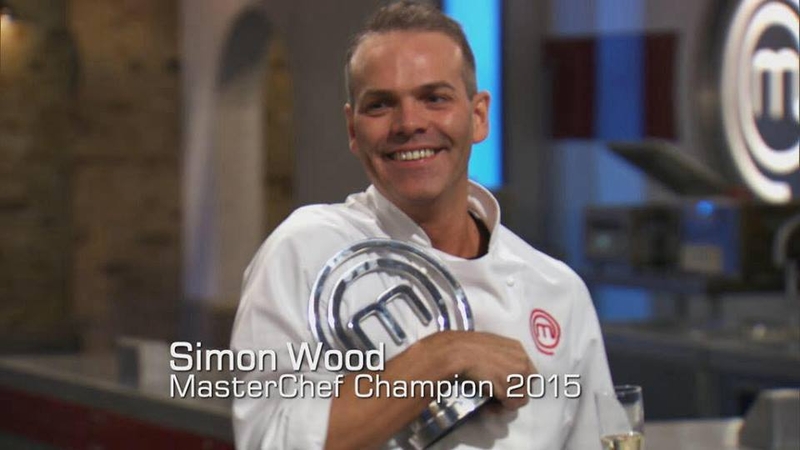 You’re now six months into owning your own restaurant. How’s it going?

SW: “It’s going well. As with any new business, it’s taken some time for the team to gel. There have been some inevitable changes since we opened, both in the kitchen and front of house, but we have an amazing team now. We’re all on the same page and feeling pretty confident.”

What are the main differences between the challenge of going through Masterchef and opening your own restaurant?

SW: “I’ve learnt massively about running a business. No-one can get everything right all the time, but we keep building and focussing on constant improvement. I reckon the food is even better than it was when we started. We’ve got used to working within the space and the logistics of the kitchen, alternating between the back prep area, the front kitchen pass and the pastry section. There’s a more balanced flow of service. Even though our style remains the same, some dishes aren’t so ‘busy’.”

Got any advice for the next Masterchef champion?

SW: “Never stop practicing. ‘Get better’ were the last words I said on Masterchef and I still stand by that. The competition is such an amazing springboard, but it’s up to you to make the most of it.”

What type of customer has been coming to Wood over the past six months?

SW: “Honestly all sorts. It’s got a really eclectic appeal for every age group. Our thing is accessible fine dining and we’ve hit our original brief. Obviously we’re very busy at weekends but our Tomahawk Tuesday has gone down particularly well. During the day we get a lot of professionals in for business lunches and quite a few diners popping in before going to the theatre.”

Why would you suggest people should come to Wood for lunch?

SW: “It’s got an open relaxed atmosphere. The menu’s not overly expensive considering the level of detail that goes into it, but we’re obviously nowhere near a Meal Deal. We could even have you in and out in an hour if that’s what you want, but that’s not really what we’re about.”

Talk us through the dishes on the current ‘theatre’ menu

SW: “We’ve got a creamy cauliflower soup garnished with a little curry oil and some Bombay mix for texture – perfect for this weather. There’s a mackerel and beetroot starter, that’s been popular since we opened and a ham hock terrine. We serve that with a homemade celeriac remoulade and our take on piccalilli which is lightly pickled cauliflower and romanesco flavoured with panch phoron – a delicate Bengali five spice mixture which adds a real punchy freshness.”

“Main courses include chicken breast, which retains a slight smoky flavour from our Josper Grill, served with cock-a leekie or crushed new potatoes and leeks, charred broccoli and a reduced chicken jus. One of the most popular dishes of the four mains is flat iron steak with green beans. We serve that with bone marrow butter and a purple potato salad which is really pretty.”

Unfortunately Confidential had to hot foot it back over to the office, so missed out on puddings of lemon meringue and Yorkshire rhubarb brulee – but we’ve simply given ourselves a good reason to return. 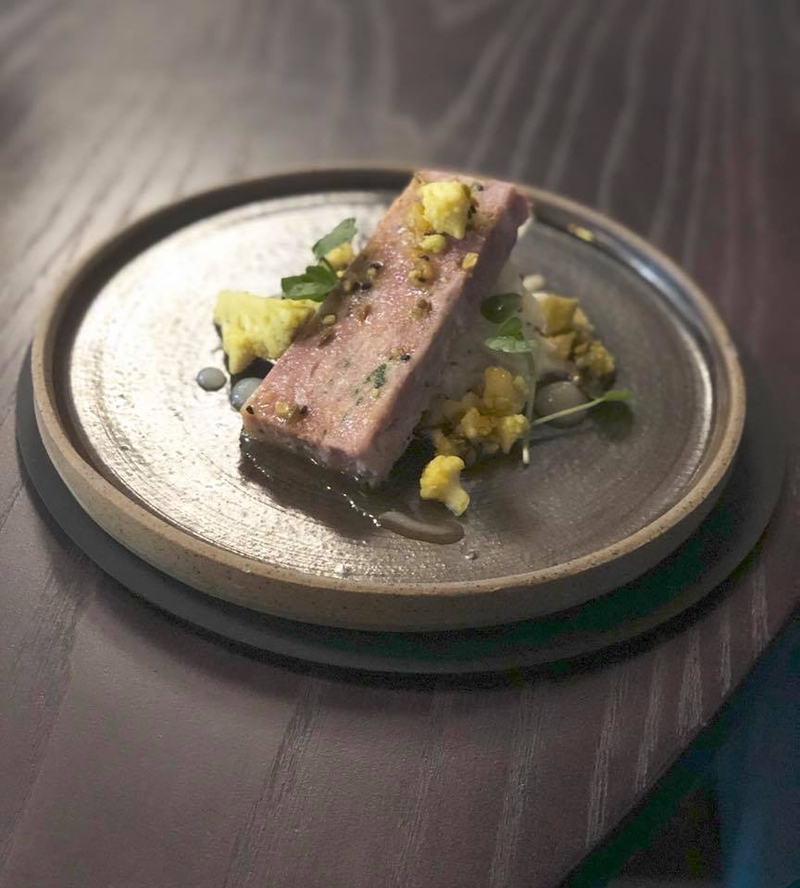 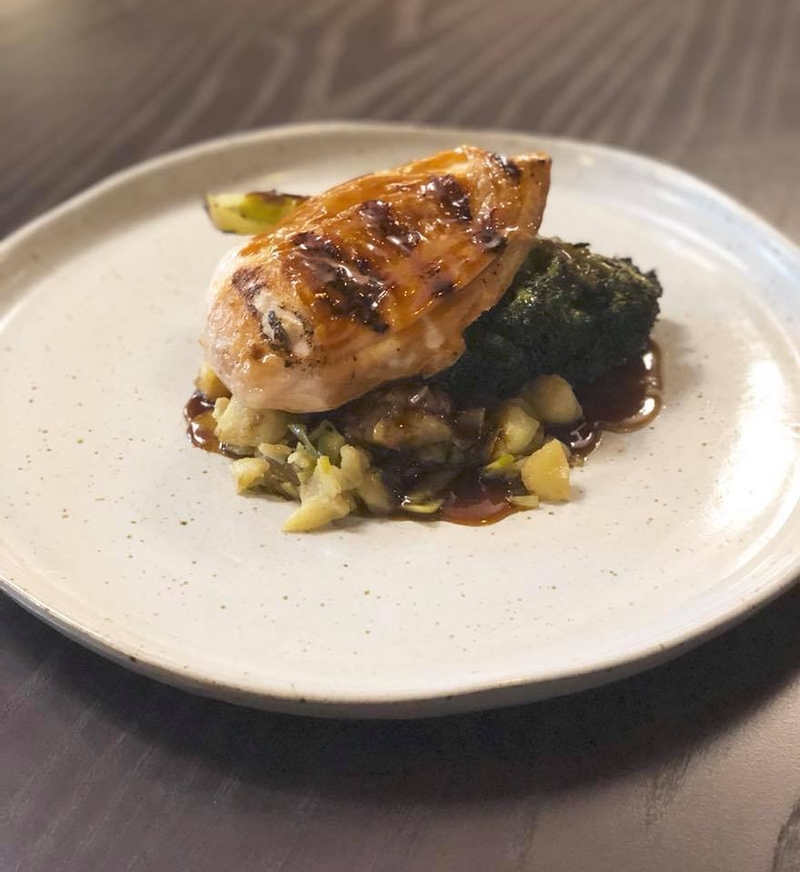 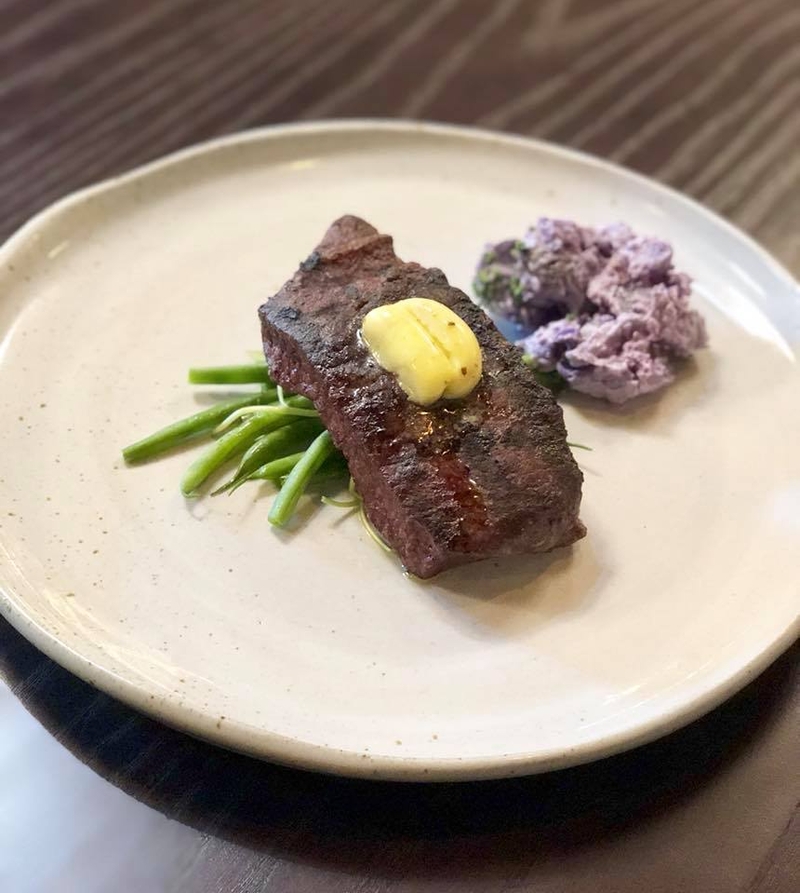 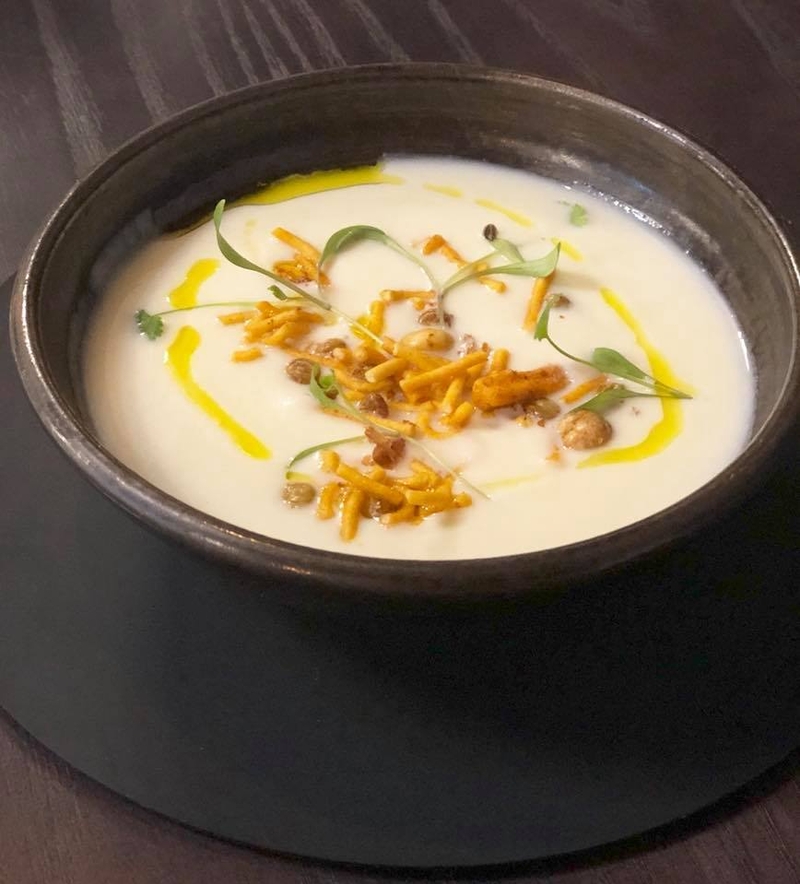