Why Per Tutti is a Confidential fave

We’ve frequented this independent Mediterranean restaurant for over five years

AT Confidential, we know a lot of restaurants - after all, it’s one of the things we’re renowned for. But, like everyone else, we have our favourites: places we know we can rely, time and again, whatever the occasion.

Per Tutti is one of them. Granted, it’s relatively near our office but convenience is by no means all that keeps us going back. That would be the fresh Mediterranean food, the welcoming staff and the general ambience. The décor may be contemporary but it’s cosy at the same time, Liverpool Road’s own little taverna. And we’re clearly not the only ones who think so: Per Tutti has now been serving the people of Manchester for five years, no mean feat in a notoriously fickle hospitality trade.

As everything is freshly cooked, the restaurant can accommodate dietary and allergen changes too

We’ve enjoyed everything from early morning meetings (complete with free filter coffee refills and handy free Wi-Fi) to breakfast and brunch, not to mention the superb value - and justly popular - two course £10 menu from midday. But one of our favourite times to visit is after work, when the mood is a little mellower - made all the more so by Per Tutti’s aperitivo time from 5-7pm, where you can enjoy free nibbles with a specialist cocktail or Prosecco. The fact they’re fizz fanatics means there’s an impressive choice too. 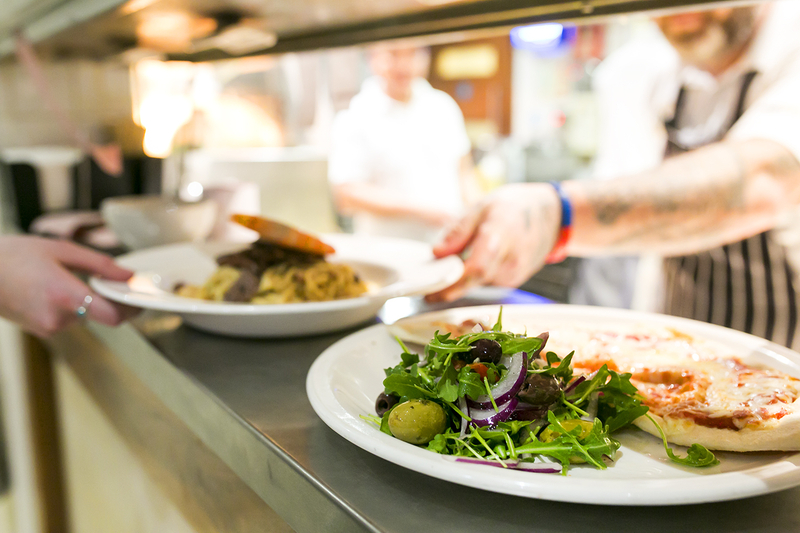 Not only that but evening dining there is a pleasure. As soon as you walk into the interior - adorned with flower sprigs and wine caskets - it doesn’t matter how miserable the weather, or how stressful the day’s been. You could be in a remote Spanish village, off the cerulean Italian coast, on a whitewashed Greek Island… well, that is until you hear local accents and realise you’re in Manchester rather than Mykonos - but that’s arguably part of its charm. Per Tutti’s catchphrase is ‘Mediterranean, Made in Manchester’ and this is a local family business that doesn’t pretend to be anything otherwise.

The food is the same, inviting but without pretension. Unlike some restaurants, Per Tutti is confident enough in its chefs’ skills, and its own identity, to include relatively simple dishes alongside the more complex. Because sometimes - providing they’re skilfully cooked, using fresh ingredients - it’s the straightforward classics that are consistent winners. 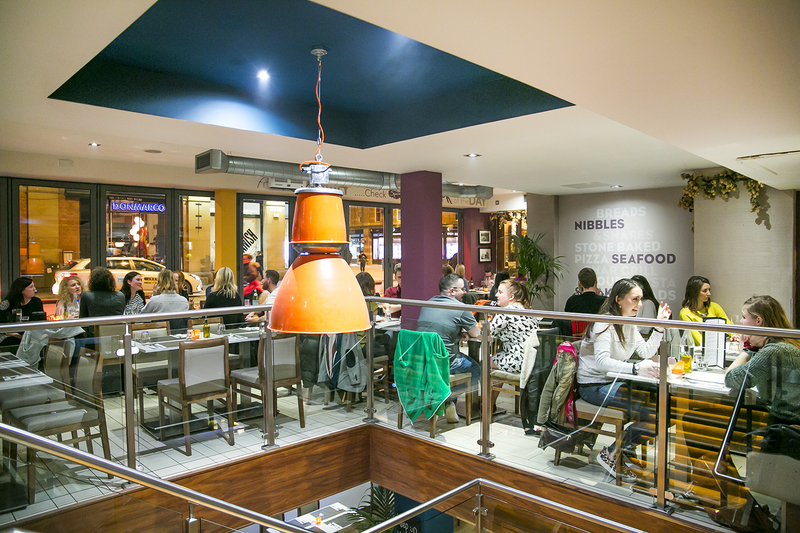 Confidential recently celebrated an office birthday at Per Tutti and again found its ‘for all’ translation to be very fitting. Head Chef Paul Whitehead has created a menu which really does offer something for everybody. Those of us plumping for healthy options chose starters like grilled asparagus, poached egg and parmesan; followed by vegetable cannelloni or tuna steak with wilted greens and salsa verde.

More carnivorous persuasions, meanwhile, were catered for by the likes of warm chorizo in red wine sauce, before mains such as beef cannelloni and roasted pork belly with white bean and broccoli stew. Others enjoyed stone-baked pizza, king prawn spaghetti and roast salmon fillet with lemon and artichoke risotto - followed by desserts including hazelnut semifreddo , sticky toffee pudding and pistachio and lime cheesecake.

Since everything is freshly cooked, the restaurant can accommodate dietary and allergen changes too: one carb-conscious colleague asked that her roast cod fillet come with salad instead of pasta - no problem. And another, whose Slimming World regime meant no fresh pasta allowed, asked for dry pasta instead - again, no problemo. The drinks aren’t exempt either. One of us found no cocktails on the menu sweet enough for her liking - prompting Per Tutti to rustle up a very commendable strawberry mojito, despite it not being on the menu.

With all this, it’s little wonder Per Tutti is like a second home for us at Confidential Towers. Try it and you’ll no doubt become a regular too. 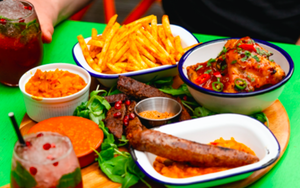 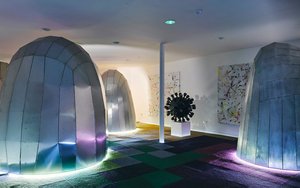 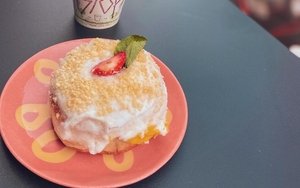 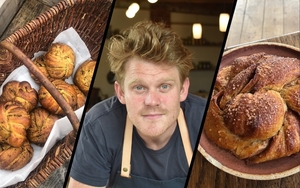