As Manchester hospitals are racing to create shared healthcare records we ask - who gets the benefit?

If you’ve been in a hospital recently you were probably asked if you were allergic to anything several times, had to give a full run-down of your health history to several different people and started automatically reeling off your date of birth as soon as a nurse or healthcare assistant looked in your direction.

This is for very good reason of course - they need to check that you are who you say you are – but sometimes it can get alarming. What if I’ve forgotten something vital? What if I’d come into the hospital unconscious and hadn’t been able to share the routine medications I’m taking? Why does no-one seem to know anything about me?

This is a potentially fatal problem. In 2015, 13-year-old Tamara Mills died of an asthma attack. The coroner found failings in the way her health care data had been managed. In particular, in the four years leading up to her death, she was seen by medical professionals 47 times in different parts of the NHS but no one realised her health was deteriorating. Linking these records could have allowed her doctors to treat her differently and perhaps prevent her death.

Even the top bods think that’s a bit worrying. Secretary of State for Health and Social Care Matt Hancock said in a speech in Manchester:

“A world in which a hospital can’t pull up a patient’s GP record is downright dangerous.

“The power of genomics plus AI to use the NHS’s data to save lives is literally greater than anywhere else on the planet. Yet our hospitals operate dozens of systems each, that don’t talk to each other. GPs, social care, pharmacies and community care are on different systems.”

So it’s wonderful news that Greater Manchester was selected to be one of three new Local Health and Care Record Exemplars, tasked with a mission to create a healthcare record that can be shared between GPs, hospitals, social care and beyond.

A major project is the formation of a ‘DataLab’, which will explore how “routinely collected information”, such as anonymised data from said healthcare records, can be used to evaluate the effectiveness of medicines, new technologies and health interventions which should transform the way healthcare is delivered. By combining £7.5 million for NHS England and £6.8 million from the Greater Manchester Care Authority, digital care will be developed across the region, with dementia and frailty the first to benefit.

However, the benefits of your GP being able to share records with hospitals and other healthcare institutions has a flipside. On current plans, information will also be available to researchers from the pharmaceutical industry unless you specifically opt out.

NHS investment in health data is a godsend for Manchester’s biotech industry. Sarah Fallon, of the NIHR Clinical Research Network, said: “Clinical research in Greater Manchester not only drives significant improvements to the health outcomes, it also makes a major contribution to economic growth.

“Working in partnership and establishing collaborations with the global life sciences industry is one important way of increasing health opportunities and investment into Greater Manchester. It is excellent news that more NHS research studies sponsored by commercial organisations are being carried out in Greater Manchester than ever before and this contributes to the country’s international competitiveness.”

Part of Manchester’s attractiveness to these commercial organisations is its unique pool of subjects (that's us by the way). Manchester has a large population with a prevalence of lung disease and cancer, two heavily researched areas. Additionally, the target population is not especially given to movement, meaning studies that track the evolution of disease over time will not lose too many of their subjects due to moving out of district.

The instigator of this approach was the Salford Lung Study, destined to go down in history as a game-changer in clinical research. Most clinical trials recruit young-ish males only which, while making it easier to control lab circumstances, does not reflect the diversity of the population. Many painkilling drugs do not work as well on women, for example, simply because they have been designed for men.

The Salford Lung Study was different. It took real-world patients who suffered from asthma and COPD (chronic obstructive pulmonary disease) and gave them a drug in development for treating lung conditions. It let them go about their usual business and monitored them via their health records, all made possible by the fact that primary and secondary health records are integrated in Salford. So, with the co-operation of patients, GPs and pharmacists, the Big Data study was born to worldwide acclaim. The aim of the DataLab project is to reproduce the success of the Salford Lung Study many times over. 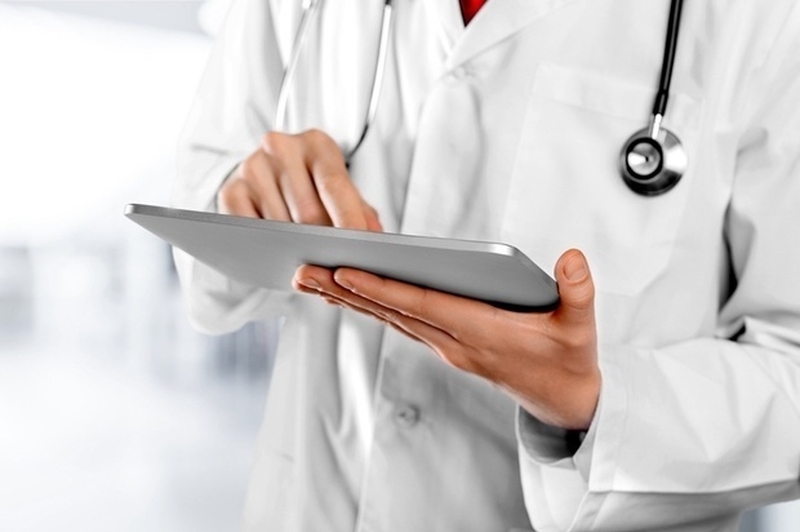 While there’s an overwhelming amount of positives – developing new treatments, improving care for patients and providing drugs – it does also make one feel like a rat in a lab. Certain companies have made vast fortunes recently by surveilling and data mining our private lives, much to the public's horror.

You may be recall the care.data scandal, where the NHS tried this project at a national level and spectacularly failed, to the tune of £7.5 million. Comments at the time included: “Most people do not want fatcat healthcare companies mining their data,” and “The government is busy flogging off as much of the NHS it can to big business. This data is worth money, so the risk is it could be flogged off as well. While we had a NHS whose concern was the patients rather than shareholders, I would have been happy to share my data. Now it scares me to think who might get hold of it and what they might do with it.” The public, it seems, are sceptical.

I was intrigued when Bleddyn Rees, the deputy chair of the European Health Care Alliance, said: “we have to realise the value of the data and ensure that industry doesn’t walk off with it.”

Rees specifically contrasted NHS data-sharing against such giants as Alphabet and Facebook, pointing to the stringent regulations already in place in Europe: “it’s anything but the Wild West,” he said. It’s true that medical data is some of the most regulated data there is, but it also needs to be pointed out that anonymised data is not covered by GDPR, and that even if it was GDPR will no longer apply once we leave the European Union.

What we have to be aware of, Rees believes, is the delicate balance that needs to be struck: “Balance for respecting privacy and what patients need and sharing information for better services. We have a backdrop of distrust of the government and worries about data security. We need to rebuild confidence and explain properly the benefits of data-sharing.”

While its wonderful that Manchester has an opportunity to lead the pack in personalised medicine, it’s also a little galling as a patient to be offered up to the pharmaceutical industry as a data-generating ‘asset’. But, as Lees pointed out to me, concern about the sanctity of data is a problem for the ‘worried well’ and as such is a luxury we can no longer afford.

Another way of thinking of the issue is that, instead of having our data used in ways we aren’t really aware of, we become active and involved ‘data donators’. Think of this as the low-key version of organ donation. Ultimately, in the words of Bleddyn Rees: “Pulling up the data drawbridge is as bad as people walking off with it.”

Which companies are involved in developing the Greater Manchester digital platform?

The first contracts have been awarded in the £14.3 million project - here are the companies that are working with your healthcare date:

Civica has been tasked with the development of an Enterprise Master Patient Index for the secure attachment of information shared between systems to the correct person’s records.

Philips Forcare has been selected to develop a Record Locator Service, which will enable different systems to find and retrieve records relevant to an individual in different care settings.

Objectivity has been appointed to produce a citizen app.

ANS has been chosen to provide cloud consultancy and services to the programme as part of the ‘cloud first’ approach.

Accenture, as US-based firm, has also been appointed to provide additional programme assurance and to support the design, configuration and testing of solutions.

Graphnet is supporting the sharing of patient records.