10 drag queens you must see in Manchester

“And who might you be? A drag queen Leona Lewis?!” cackled one red-wigged, big bosomed drag-comedienne from the stage at Cruz 101, a long-standing fixture on the Canal Street bar strip. For many who enjoy a boozy night in Manchester’s gay village, a good night can be vastly improved if you’re insulted by a drag queen.

That was back in 2006 (the year Leona Lewis stole the X Factor crown), when Manchester’s drag performers still felt underground, confined to Canal Street and early hours of the morning.

Ahead of this year’s Pride celebrations, we’ve listed some of Manchester most impressive drag performers helping to champion all that is drag  - whether of the trashy, artsy, gothic or pagent variety.

A few things you should know about the illustrious Cheddar Gorgeous: Cheddar has a masters degree in anthropology, is a writer, idealist, superhero, alien and occasional unicorn (though Cheddar was recently spotted dressed as an underwater Atlantean complete with gills and a seashell crown). At the helm of salacious underground club night Cha Cha Boudoir, Cheddar Gorgeous is thoroughly committed to the drag arts – after all, this is a queen who wore platform heels, a corset and a cape to ski in the French Alps. A key member of drag collective Family Gorgeous, Cheddar is a polished and accomplished performance artist helping to redefine traditional ideas of drag.

Anna Phylactic ("like the shock, only less tragic" - Anna) is a worldly drag performer whose piercing eyes and toothy grin have been immortalised in an incredible mural on The Molly House pub alongside other Manchester icons in the LBTQ community (including the late and infamous drag queen Foo Foo Lammar). Another sister from ‘Family Gorgeous’, Anna Phylactic's ‘shock in a frock’ style draws from a multitude of inspirations, from 80s club kids, Leigh Bowery, Elizabethan costume and Alice in Wonderland.

While only a lil' un in the drag scene, Lill is a known rebel in Manchester. “I love Courtney Love and I love Divine and I love Queen Elizabeth the 1st – I just love any bad girls really and I really like bad taste…” said Lill when speaking to Hunger magazine (the London fashion crowd are huge fans). Whether cinched in at the waist and stuffed in the bra as Barberella or dressed as a sexy bottle of Fairy Liquid, Lill excels as a chameleon makeup artist.

An exceptional makeup artist, you rarely see Grace ‘The Face’ Oni Smith in the same outfit twice. ‘Mother’ of the House Of Decay – a tribe of talented voguers and performance artists - you may have witnessed Grace commandeering the stage at last year’s Manchester International festival in a risqué show (oh yes, there was nudity). A vocal advocate for trans women at Born UK – a makeup and styling studio, specialising in trans beauty and self-confidence - Grace lends her transformative makeup talents to help boost the confidence of trans women.

Sometimes a feminine ‘fishy’ queen while other times a raving ‘tranimal’, professional gender bender Violent Blonde is a firm fixture on the Manchester drag scene. Part of the Family Gorgeous, Violet Blonde can be found lip syncing at Cha Cha Boudoir club nights. Creator of the Instagram hashtag #ManchesterQueens, Violet is an all-time favourite.

Liquorice Black: lithe as Nightmare Before Christmas’ Jake Skellington, while as pale and sensual as Morticia Addams. The ‘black and white sheep’ of drag Family Gorgeous, Liquorice Black is permanently set to monochrome. A seven foot tall gazelle (at least from where we're standing), Liquorice Black wears the hell out of a gown and a fascinator.

Self-proclaimed as ‘a stone cold bitch who likes hard drinking, big d*cks and trouble’, Narcissa Nightshade brings shady comedy to the stage and to Twitter. Recent Twitter highlights include: ‘I have lived on chicken salad for weeks and I’m still a fat c*nt for Pride.'

‘Make America Gay Again!’ - a Donna Trump manifesto. While the actual American president continues to cause friction in the West, Manchester’s Donna Trump mixes political undertones with glamorous overtones and specialises in marvellous camp cabaret, hilarious skits and often dresses up like another Donald, the Duck.

Oozing with vintage glamour, Miss Blair is a blonde bombshell who knows how to put on a stellar cabaret show. With unrivalled lip-sync ability and an enviable closet full of coiffed wigs, Miss Blair fulfils any 1940's housewife fantasy.

In a blind audition the judges of the Voice UK won’t likely forget, Divina De Campo sang a soaring operatic rendition of Poor Wandering One - in falsetto, we’d like to add. Though she didn’t make it through to the talent show, the redheaded diva’s popularity continues to soar with appearances on MTV, Britain's Got Talent and more.

To find your favourite drag queen, search the #ManchesterQueen hashtag on Instagram.

Best things to eat in Manchester and beyond - October 2021

The best things to eat in and near Manchester - September 2021 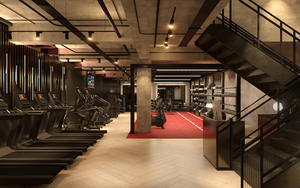 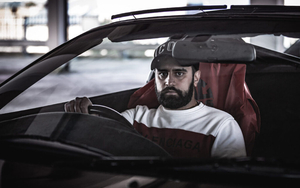 Top things to do in Manchester: September 2021

Loads of music, theatre and festivals for the month ahead 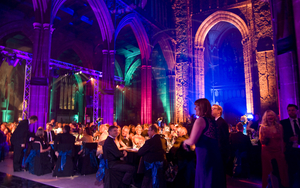 The nominations are in... who will you vote for? 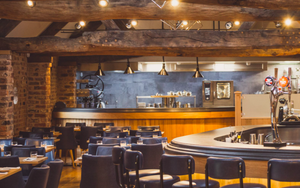 Our guide to the best restaurants in Greater Manchester

Whatever your restaurant query - Confidential Guides has the answer