Who decides which parts of Manchester’s heritage get saved from the bulldozer?

Andrea Sandor asks whether development or democracy matters most

In October 2018, the claw rolled back into the Northern Quarter and made rubble out of centuries old brick. It wasn’t the first time it had torn down heritage, nor would it be the last. Those who live and work in the neighbourhood - which is a conservation area - were once again outraged. A wreath and white rose were placed on the fence blocking off the demolition site along with a yellow placard with the words ‘RIP Thomas St’. The poster detailed how the building had been neglected for decades and called on Council leader Sir Richard Leese to ‘Stop the demolitions!’

The subsequent demolition of three adjoining weaver’s cottages was halted, although not thanks to the Council. An anonymous individual made a last minute request to list the cottages. Historic England agreed and gave them Grade II listed status. Now the developer has applied for permission to demolish the listed buildings, arguing they would lose £3.5 million to retain them.

Last December, another weaver’s cottage at 88 Tib Street was demolished. All this raises the question once again of who decides what Manchester heritage gets saved? 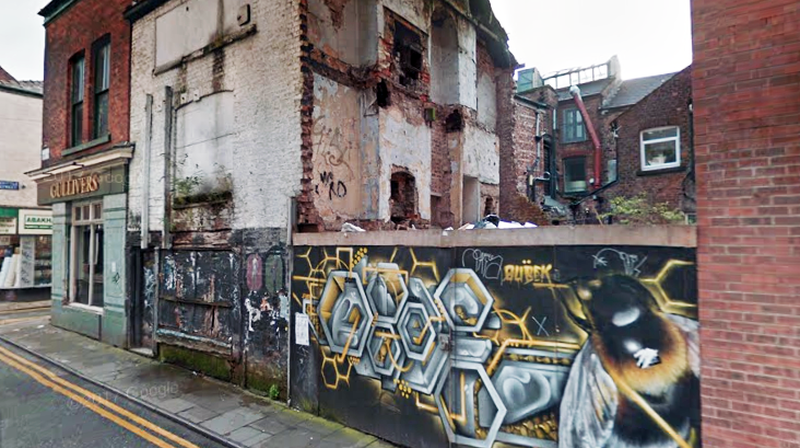 Let’s take a moment to reflect how much people like traditional architecture and prefer old buildings. This is backed up by research and house prices - the most desirable places in the UK tend to be characterised by Victorian and Georgian terraces. Market research company Ipsos Mori carried out a study on public views on beauty and came to this conclusion:

“One of the most striking areas of consensus was in the value people placed on old versus new buildings. Across all age groups, older buildings were invariably favoured as being more beautiful.”

A place’s heritage is part and parcel of its character and distinctiveness, making it somewhere people want to stay and move to. This is why a recent Guardian article has called for Northern cities to embrace their historical built environment to help address the country’s North-South divide. Simon Jenkins wrote: “[Northern cities] must treasure their heritage, their converted mills, their historic districts - anything to distract their young people from craving a move to London.” In particular he says ‘Latin Quarters’ are seen as crucial for keeping ‘young creatives’ and cites the Northern Quarter as a positive example. 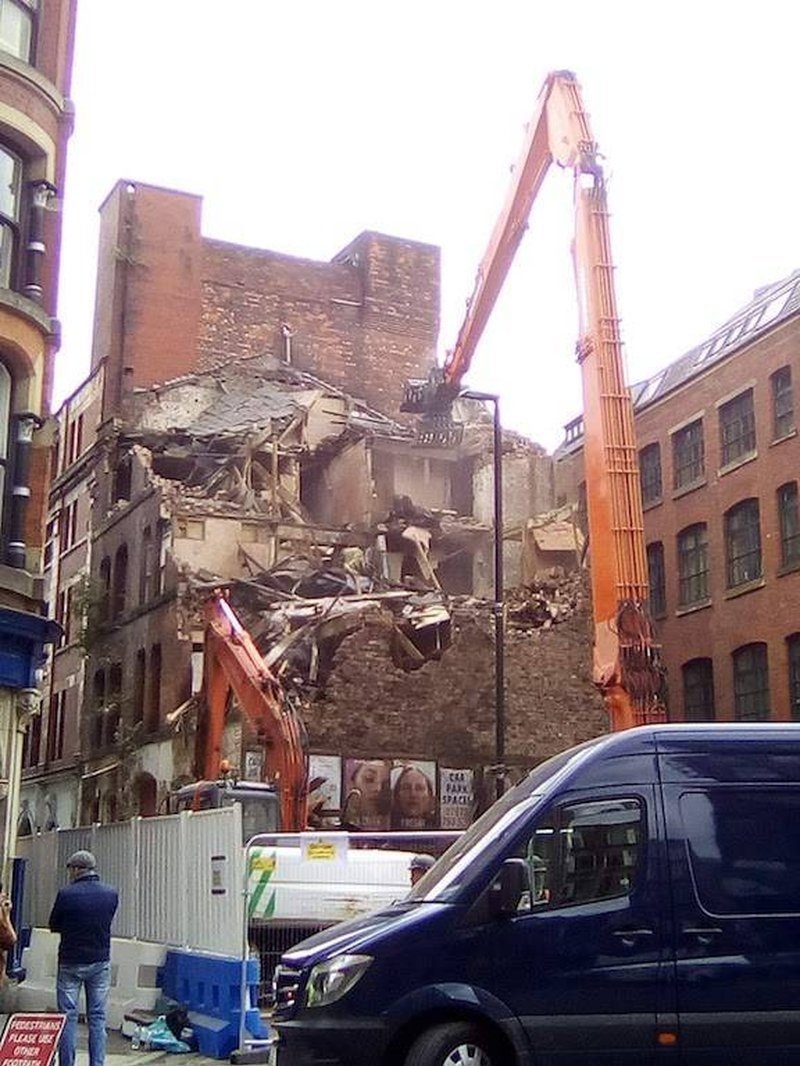 While all the evidence suggests people prefer to retain heritage buildings, they have little say in what gets saved. Instead, more often than not it’s the developers who decide, meaning it’s the luck of the draw whether you get one who values heritage or is purely focused on maximising profits.

This is nicely illustrated by two recent and contrasting cases covered on this site by Jonathan Schofield. In Mayfield, U+I are refurbishing the Star and Garter pub, which dates back to 1877 and is also an iconic indie music venue. The pub had fallen on hard times but now U+I are giving it a new lease on life.

Richard Upton, Chief Development Officer at U+I, told Schofield: “Culture, community and heritage are incredibly important to U+I and are central to our thoughtful and creative approach to regeneration. As neighbours for the past three years we have sought to be a supportive friend to the Star & Garter. As its owner, we can give this wonderful place the investment it deserves and we look forward to working with Andy [the previous owner] to ensure its future remains at the heart of Manchester’s live music scene.”

In contrast, further up in east Manchester, the Far Eastern Consortium planned to remove the iconic Lowry steps and other heritage assets in Angel Meadows. Unsurprisingly, the development sparked outrage from residents and the Friends of Angel Meadow community group, who only learned of the plans because a community member leafed through hundreds of pages of planning documents. Reflecting on FEC declining a request to comment, Schofield wrote:

“This is a shame. Developers and planners should bring people along with them. They should not give the impression they can ride roughshod over the concerns of people especially when the latter care so deeply about the details that give a city individuality, that help reveal how the city arrived in the here and now.”

This is exactly right, and it’s encouraging to see a recent report to the government calling for democratic participation in the planning process, saying “It should no longer be assumed that the people are to be led by the architects and the planners, rather than the other way round.”

Recognising that people want a voice in what gets built and retained, the report goes on to say;

“We should be offering the public a voice in planning decisions from the very beginning of the planning process, and with a view to adapting the result to the needs and desires of the local community, both existing and incoming.”

However, across the country this civic participation rarely happens:

“The overwhelming consensus emerging from evidence is that citizen involvement comes too late in the planning process to effect anything more than a small adjustment, and that there is an unacceptable uncertainty built into the process, due to the multiplicity of planning briefs and the short timescale over which they apply.”

Rather, it’s the role of local authorities to facilitate and 'bring the democracy forward.' “Local councils need radically and profoundly to re-invent the ambition, depth and breadth with which they engage with neighbourhoods … More democracy should take place at the local plan phase, expanding from the current focus on consultation in the development control process to one of co-design.” It calls for, “ongoing debate between the public and the planners, with the developers bound by the result.”

A model of community engagement: The Mayfield Imaginarium

Here in Manchester we have a brilliant model for what early community engagement in the planning process could look like. When development at Mayfield was imminent, a citizen-led ‘Imaginarium’ project was launched to find out what the public wanted from the development. This was completely separate and unconnected to U+I or the Council. Rather, it was spearheaded by proactive citizens who were also central to saving the London Road Fire Station from demolition.

U+I seem to have taken on board feedback from the Imaginarium, including refurbishing the Star and Garter pub. This was a happy aligning of stars, with proactive citizens and a sympathetic developer. However, this shouldn’t be a one-off. It should be a model and built into the planning process for every development.

Across the city people are fighting to save their heritage. In Chorlton, the Chorlton Land Trust are trying to save the 1920’s Picture House with a community-led bid they hope will win over the Co-op who own the building and were planning to sell it to developers who planned to demolish and replace it with flats.

In Manchester’s Northern Quarter, the three weaver’s cottages are thought to be over 250 years old. They link us to Manchester’s rich past as the world’s first industrial city, but few such dwellings remain. They are part of Manchester’s story, so shouldn’t the people - not developer’s pocket books - have a say in whether they continue to be part of that story?

(Main image with thanks to @skylinermcr)

Could knocking down the Manchester Arena set the city free?