What exactly is Sardinian food?

We all know and love Italian food. In fact, a recent international YouGov study of more than 25,000 people in 24 countries revealed that pizza and pasta are among the most popular foods in the entire world.

It’s almost hard to imagine that only half a century ago Britain was duped into believing that spaghetti grew on trees in a famous televised April Fool’s hoax. But thanks to the growth of the travel and hospitality industries, we’re beginning to understand that there is a whole lot more to Italian food than the beloved pizza and pasta.

Sardinia is 170 miles long and 75 miles wide, making it the second-largest Mediterranean island after Sicily, and each region has its specialties.

We have finally grasped the differences between regional cuisines and seasonal specialities, as well as how geographical influences such as the sea, mountains, weather and landscape affect the ingredients that go into traditional dishes. And because we travel more in general, we have been able to experience variations between culinary traditions of different areas and get under the skin of ‘Italian food’.

We are familiar with the fiery sauces and sweet confections of Sicily, the giant, billowing pizzas of Naples and the eponymous slow cooked meat sauces of Bologna, but what about the food of Sardinia?

Well firstly, it goes way, way back. Back to ancient fishermen and their catch and back to the woods when the seasonal bounty dictated dishes, and back to shepherds producing their own cheese to sustain them in the fields and mountains (there are still more than three million sheep on Sardinia — that’s two for every human.) Sardinia is 170 miles long and 75 miles wide, making it the second-largest Mediterranean island after Sicily, and each region has its specialties. 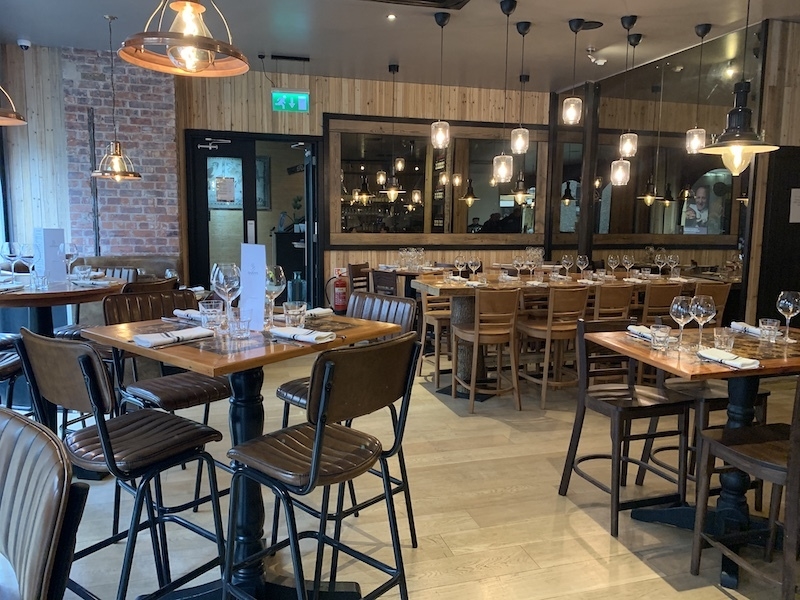 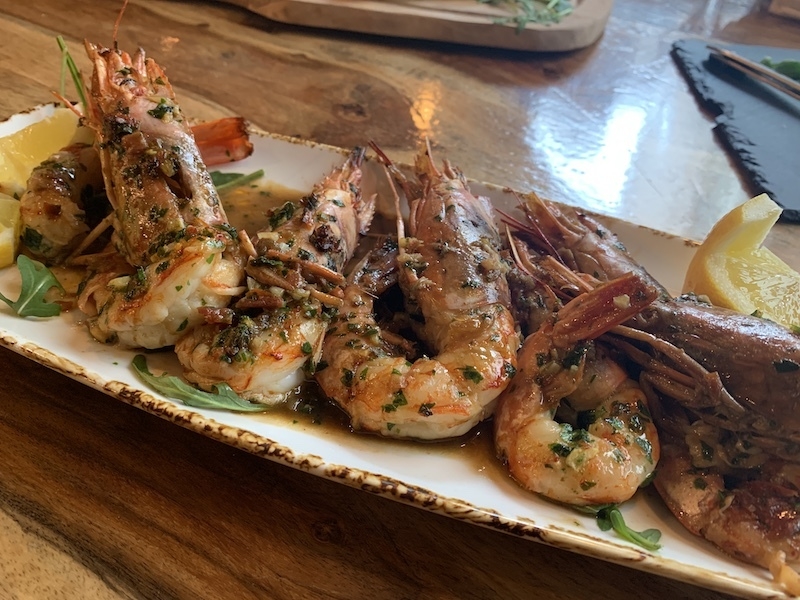 Now we can experience a taste of their culinary legacy at Sardus Vinoteca (sister venue to Altrincham’s Sardus Cucina), which opened in Manchester city centre late last year (taking up the ground floor restaurant space underneath Bem Brasil on King Street) You’ll also discover a very special selection of things to wash it down with.

Vinoteca translates as ‘wine shop’, so let’s start there. The Italians are famous for their wines. The climate and the landscape have long been ideal for growing grape varieties, which is why it is home to over one million vineyards. Sardus Vinoteca’s wine list ranges from chilled Prosecco and a selection of refreshing vini bianchi, to lesser known reds and Italian gems ranging from fruity to more intense. The Sardinians are also aficionados of gins and vermouths with a range of varieties, each infused with indigenous wild botanicals. 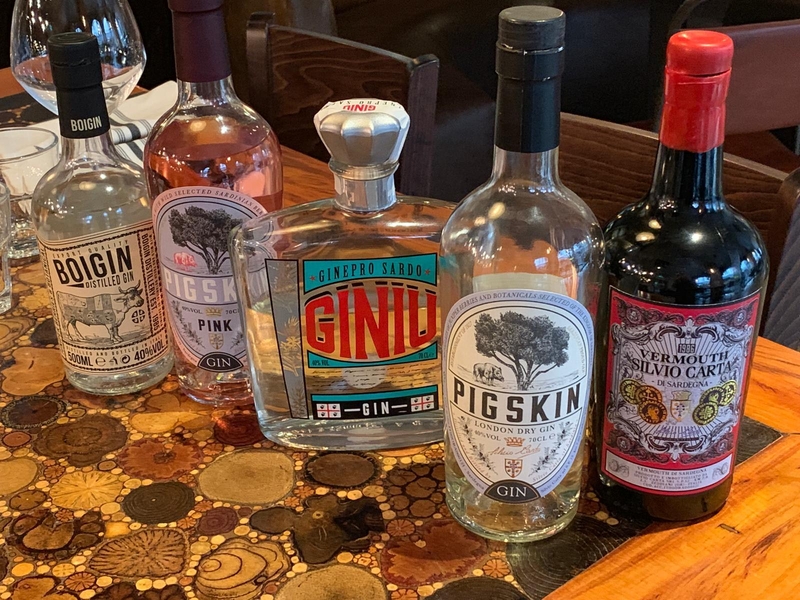 Try a typical Sardinian nibble of guittiau with agliata picante and spreadable pecorino cheese. Pane guttiau is arguably the most famous Sardinian foodstuff. It’s a salted disc of wafer thin flatbread (also known as ‘carta da musica’ thanks to its resemblance to the kind of paper used to write sheet music.) Sardus serve it alongside a rich sauce made with sun-dried tomatoes and garlic spicy dip  - perfect for scooping and glazing along with a glass or two. 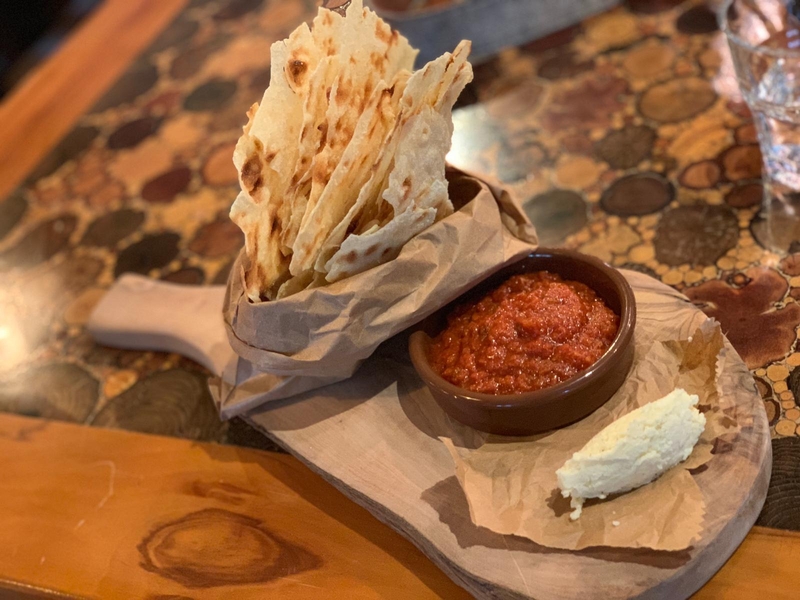 They also serve guittiau in Sardinia’s answer to the more famous lasagne. Pane frattau is a comforting baked dish where the paper thin flatbreads are piled up in place of pasta between layers of rich tomato sauce and grated pecorino, a famous Sardinian sheep’s cheese, then topped with a beautifully oozing soft egg.

That’s just one example of the kind of wonderful dishes Sardinian nonna’s have been lovingly preparing for centuries. We also highly recommend the amusingly named ‘malloreddus’ – a signature dish of small dumpling shaped pasta cooked in a rich pork and tomato ragu, topped with melted pecorino.

Another must-have Sardinian speciality, only available from Sardus (and another that just also happens to go perfectly with wine) is ‘faine’ a large flat crisp pancake made with chickpeas. It’s a typical Sardinian street food dish and you can choose a variety of meat or veggie toppings (the sausage is our favourite.) 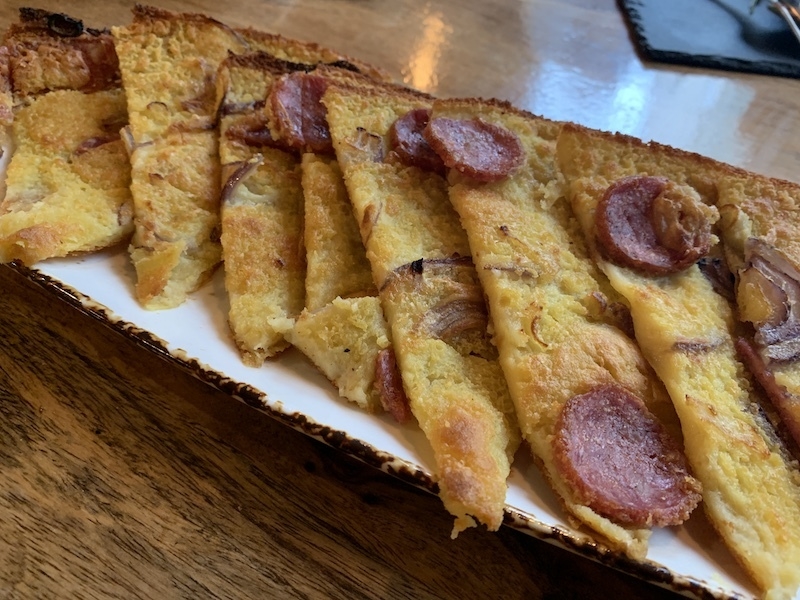 Obviously Sardus also make pizzas in their wood fired oven, but if more substantial meals aren’t on your agenda, you’ll also find a range of lighter salads and antipasti dishes, sharing platters and nibbly bits for grazing. Get your tastbuds going with a trio of bruschetta, which offers the chance to try the special mullet roe Bottarga, another culinary speciality that Sardinia is famous for. 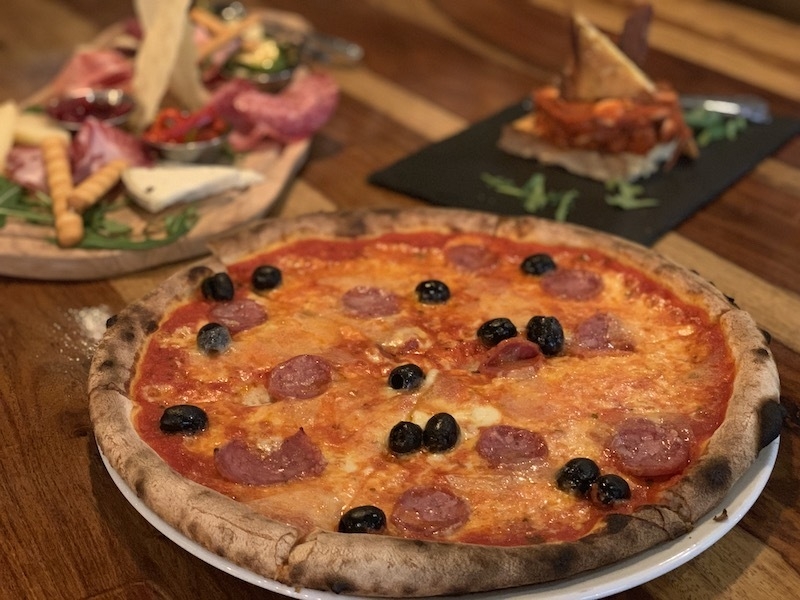 Vinoteca might translate as wine shop, but it’s not exactly an Oddbins. Sardus isn’t as easy to categorise. They serve a range of interesting drinks by bottle or glass, in comfortable surroundings, along with a great selection of interesting dishes. In short, it’s the kind of place you’ll pop into for a drink and find yourself staying for hours.