The summer holidays are finally upon us which means that excitable kids need activities and tired parents need weekend respite. Luckily, we’ve got both covered in this month’s round-up of things to do. August not only corresponds with the kids breaking up but also the return of live music in venues across Manchester and we’ve made sure to bring together a few choice gig recommendations at the bottom.

This month there’s a lot to enjoy. New exhibitions, cinema under the stars, dinosaurs, cycling, science and Pride are just a few of the things on offer. Parents and child chaperones don’t worry, we’ve pulled together plenty of options for you too.

Without further ado here’s our list of things to do across the Manchester region for the month of August. 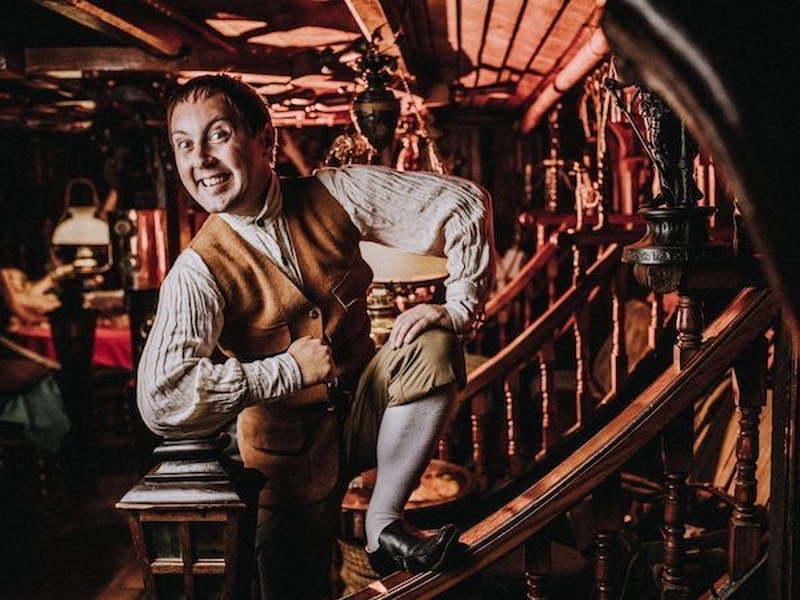 The month is upon us where the little ones need chaperoning to child-orientated theatre. Treasure Island at The Lowry is one such show. Performed by award-winning funny men La Navet Bete and directed by John Nicholson of BBC Radio 4 fame, expect a child-friendly take on the Robert Louis Stevenson classic with enough laughs to keep you from nodding off and a mermaid that you’ll never forget. Tickets start at £17.

Enjoy podcasts that are comedy showcases and comedy showcases that are podcasts? If so, A Lovely Time is the sort of thing that will float your boat. Hosted by Amy Gledhill, one half of the award-winning The Delightful Sausage (Edinburgh Festival, BBC One, Channel 4), the comedy show takes place at GRUB’s Chapeltown Picture House and this month will feature Rachel Fairburn from the All Killa No Filla podcast and Stevie Martin of Massive Dad, No Panic podcast fame. Tickets start at £15.40.

You're going to struggle to find a more arty place in Manchester than Hallé St Peter’s on 14 August. Repeatedly postponed since March 2020, Cotton On MCR: Art All Dayer will bring the best of the Manchester art scene all under one roof with a pop-up exhibition, over 60 stalls of affordable art, creative workshops and more. Entry is £1 with workshops starting at £10 (including free entry). 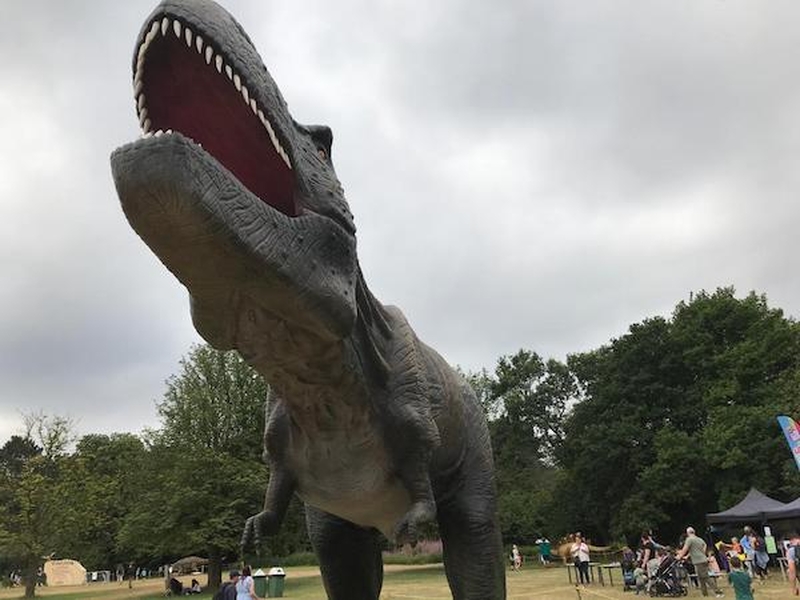 Do you know what kids love? Dinosaurs. We’re not sure why kids love dinosaurs so much but they do, so a park full of moving ones is very much this summer’s hot ticket. Dino Kingdom will bring a park full of animatronic moving dinosaurs to Wythenshawe Park this summer including headliners such as the T-Rex (insert Bolan joke here), Triceratops, Spinosaurus and more.

As well as huge life-like models, the Dino Kingdom experience includes an excavation sandpit, AR VR immersive experiences and funfare rides. Tickets start at £15 for adults and £13 for children with family tickets available and discount for booking online.

Enjoy the cream of the North West cinematic talent crop this month with a night of the region’s best short films. In association with Manchester Film Festival, which sadly had to take its own festival online this year, the short film showcase will thankfully be screened in a proper cinema where it belongs. Films include a Brian Eno narrated fictional documentary based in the future (2025: The Long Hot Summer) and the story of an improv group going awry after someone misreads the room (Doughnut). Tickets are £5.

HSBC and British Cycling have teamed up to put on community-orientated cycling events nationwide during the summer holidays and the Manchester offering has something for wannabe Wigginses and casual peddlers alike. Expect arty fun at Levenshulme Market, free bike hire in Wythenshawe and Saturday morning beginners sessions at the Eastlands Velodrome. Lots of free stuff but double-check the event pages in case you need to book slots in advance. 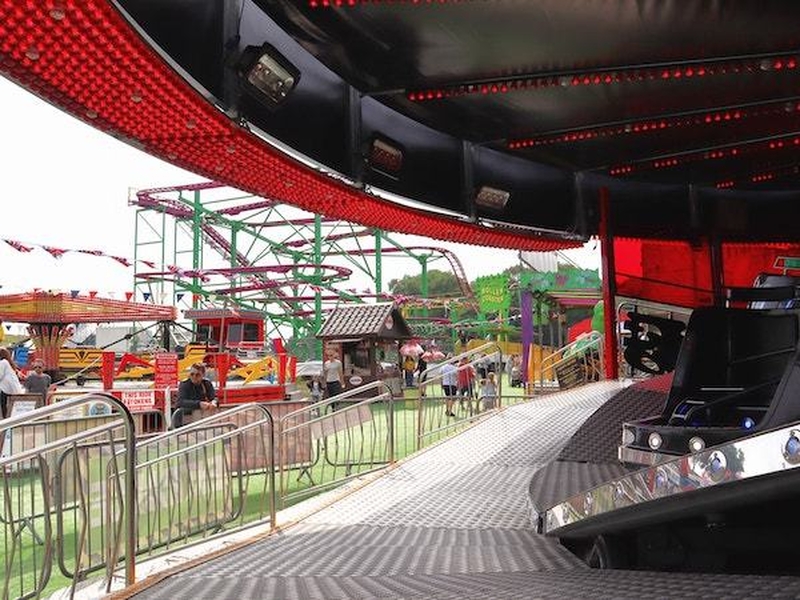 COME TO THE BEACH | HEATON PARK | UNTIL 22 AUGUST

Come to the beach they said, it’ll be fun they said. Well actually going to a beach in Heaton Park does sound quite fun. Come To The Beach will see Heaton Park transformed into, you guessed it a beach, with enough funfair rides, trampolines, kids zones and boardwalk treats (read: hotdogs, burgers, sweets) to keep them occupied for a few hours. Maybe leave a gap between the hotdog and the big dipper though. Entry is free with family deals available for ride tickets (£25 for 25 tokens) with further deals for unlimited rides on Tuesdays and Wednesdays. Tickets for rides can also be purchased individually.

A group exhibition curated by Castlefield Gallery associate Bryony Dawson in association with publication as exhibition hybrid The Annotated Reader, The Naming of Things is an exhibition about the use and misuse of language. Featuring works involving text, audio, sculpture and film, the pieces explore the relationships between images, sound and words in architectural space and alternative viewpoints. Entry is free.

SUMMER FUN AT THE MUSEUM | SCIENCE & INDUSTRY MUSEUM | UNTIL 5 SEPTEMBER

There’s a lot of great stuff going on at the Science & Industry Museum this summer. Spy film enthusiasts will appreciate Top Secret: from ciphers to cyber security, an interactive exhibition on all things espionage (running until 31 August). Manchester Science Festival Family weekender (20-22 August) meanwhile will be a science-packed few days exploring our changing climate and ideas for a better world. Drop-in activities and special screenings for kids will be just a few of the associated events. Events are free, with timed slots available to book. 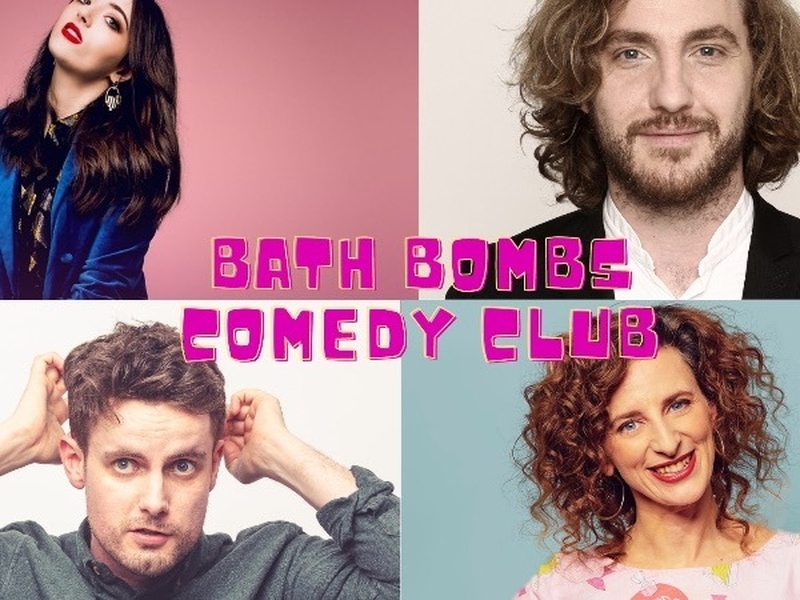 Watching stand-up comedy in an old swimming pool is definitely a bucket list addition and now the Bath Bombs Comedy Club is giving you the option to tick it off. With a seriously impressive line-up of hot comedy talent including Seann Walsh, Fern Brady, Felicity Ward and Manchester’s very own James Meehan, it’ll be the first time for a while that people have pissed themselves in Victoria Baths (badum tish). Tickets are £15.

WYTHENSHAWE GAMES: ON THE MOVE | VARIOUS | UNTIL 27 AUGUST

If you’re looking for ways to get active this summer Wythenshawe Games is offering a selection of sports and activities across seven venues to help you get a sweat on. Taking place from 24 July until 27 August, sessions range from running, walking and martial arts to skateboarding and climbing walls, with something suitable for all ages and individuals as well as families. Sessions are free but need to be booked in advance.

An Italian festival is coming to Cathedral Gardens and you can ruddy well bet there’ll be pizza. There’ll be Aperol Spritz too, not to mention foodie masterclasses from the likes of Aldo Zilli, Gennaro Contaldo, Giancarlo Caldesi and Carmela Hayes. Expect artisan produce, all your Italian favourites and bottles upon bottles of Peroni. Entry is free. 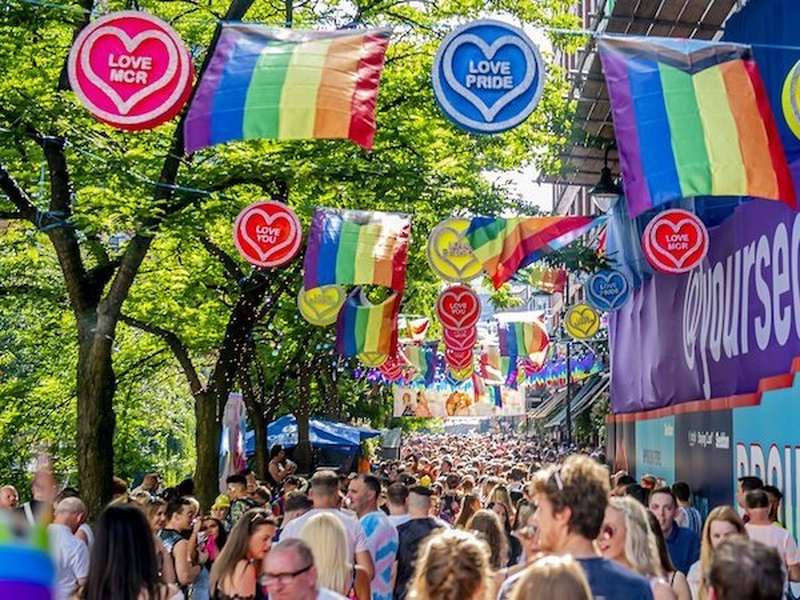 Alderley Park, the science campus part-owned by Manchester property company Bruntwood is hosting a film night this month giving visitors the opportunity to watch a choice selection of Hollywood classics under the stars. Three family favourites including Beetlejuice (1988), Mamma Mia! (2008) and Jurassic Park (1993) will be shown over the weekend with food and drink available on-site (picnics also welcome). Tickets are £14 adults, £12 for concessions.

August bank holiday is of course Manchester Pride Festival. Taking place across the weekend, events will include youth and family pride as well as workshops and associated education events. Sadly, the traditional pride parade will not take place this year due to pandemic associated issues. Instead, it will be replaced with five smaller equality marches. MCR Pride Live will see acts including Annie Mac, Katy B and Example playing to crowds with plenty of aftershow events to get stuck into as well. Get your tickets quick.

Hooray for the Pankhurst Centre reopening. The iconic site of women’s activism and the former home of Emmeline Pankhurst and her family is finally reopening at the end of the month with a special exhibition to welcome people back. At Home With The Pankhursts will explore the lives of the Pankhurst family, providing an immersive experience and a chance to visit the parlour where Emmeline called the first meeting of what would later be the suffragette movement. Entry is free with a suggested donation of £5. 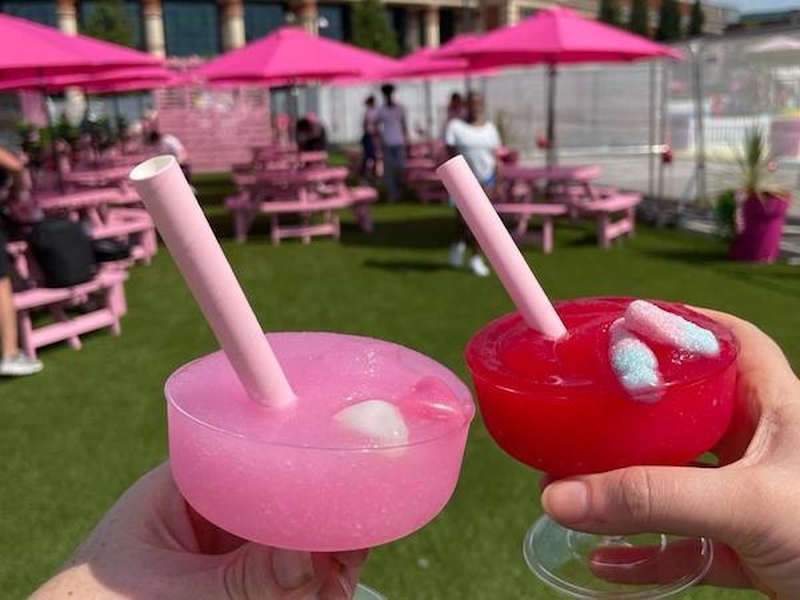 The Trafford Centre is pulling out the stops this summer as part of its Summer Social event. An 8000 sq ft beach, live music, retro fairground rides and indie food and drink brands will all be converging on the Manchester shopping destination with plenty of pop-ups and social media worthy backgrounds. Boujee, Kitakaze and The Angelic will be some of the brands taking over the space so expect ample shades of pink too. Entry to the beach area with rides is priced at £3.50 (£3 if booked in advance) with rides costing extra. Entry to the surrounding area is free.

The movement of cultures from one place to another is the premise of the latest exhibition from The People’s History Museum which explores global demographic shifts and the spread of cultural identities worldwide. The exhibition’s centre point is Counter-flow which will see an installation of a hundred pairs of ceramic feet forming a piece of the museum’s wider programme on migration. Entry is free with a suggested donation.

More activities for the kids and the return of live music

It can be hard to keep the kids occupied over the summer holidays and there’s only so many times you can go to Dino Kingdom both financially and mentally, so we’ve pulled together a few other suggestions. Wonderland: Summer holiday activities at RHS Bridgewater (until 31 August) will see a fun family trail and events celebrating 150 years since the publication of Through the Looking Glass and What Alice Found There. Expect family yoga, character performances, hands-on creepy crawly educational sessions and craft workshops.

Elsewhere there’s a Summer Bake Off at the Manchester Jewish Museum (Until 25 August, tickets start from £4) accessible for ages 6 and above. The Whitworth is running its free Outdoor Art Club sessions (4, 11, 21, 28 August). Manchester Museum is encouraging families to explore its collections with free sessions and activities as part of its Force of Nature events programme (Until 29 August). Jodrell Bank, The National Football Museum, and Media City are also putting on family-orientated events to keep the wee ones occupied.

We’ve already spoken about the reopening of music venues in recent weeks but if you’re looking for inspiration, the likes of the O2 Ritz, Blues Kitchen, Gorilla, Deaf Institute, Night & Day Café, YES and more have all updated their listings accordingly for the month ahead. Our picks include Lupe Fiasco (O2 Ritz, 19 August), Abnormal Sleepz (Blues Kitchen, 15 August) and Sea Girls (Gorilla, 30 August).

Read next: Ten best restaurants for kids (and you) in Manchester city centre