From The Crucible to Hysteria and Operation Black Antler, here's our pick of Manchester's best theatre & comedy over the next two months

An acknowledged modern classic, Terry Johnson's hilarious farce explores the fallout when two of the twentieth century's most brilliant and original minds collide. It won the Laurence Olivier Award for Best Comedy in 1994 and sees an aging Sigmund Freud disturbed from his peaceful contemplation by the arrival of a certain moustachioed Spanish surrealist. When Dali discovers a naked woman in the closet, eye-popping mayhem ensues...

THE GREAT MIRTH RUN | Tribeca | 7 May

Also called The 2017 Comedy Marathon, with no less than 50 comedians taking part, this is a chuckle fest of charitable proportions as all proceeds go to Ronald McDonald and St Mary’s Hospital. What’s more, wristbands for the mammoth event - conceived by local humorist Lukas Kirkby - cost just £5, pretty blimmin generous for a whole day of North West talent. And, if one comedy showcase isn’t enough, don’t miss the international hit All Stars of Comedy when it returns to The Lowry this June: your funny bone will be well and truly tickled.

Arthur Miller’s seminal drama, based in part on the infamous Salem witch trials, is rekindled to suitably chilling effect in this bold new production starring Corrie’s Charlie Condou as witch hunter Reverend Hale. When a group of young girls are discovered dancing in the woods trying to conjure spirits, the God-fearing people of a small New England town are told the devil and witchcraft is in their midst and must be rooted out at all costs: setting in motion a chain of paranoia, indictment and manipulation in which no one is safe from their neighbour.

Few topics have grabbed headlines so much as the Syrian war, but portraying it through theatre is another challenge altogether. Benedict Power broaches the conflict from an unexpected angle in this brave new show; which sees two Westerners needing refuge, threatening the already fragile existence of a Syrian couple whose county has descended into chaos. Based on real life accounts, Spring Reign combines live per­formance, video, original music and frontline photography to devastatingly powerful effect. The show also runs at Oldham Library on 18 May and Hyde Theatre Festival on 3 June.

Startlingly relevant amidst Manchester’s current spate of building controversies, Winter Hill centres on a group of eight local women as they deal with the ramifications of nearby land being sold to create a luxurious skyscraper hotel - the largest in Europe. Attempting to appease the local community, the developers promise the addition of a new school and social housing. Then the money starts to run out and promises turn sour, leading the women to question just how far they will go. Can power ever truly belong to the people?

From West End to Broadway, Million Dollar Quartet has been rocking out theatres worldwide and we’re expecting no less from the hit musical’s Manchester gig, which is followed by closely by Thoroughly Modern Millie - promising a melodious May indeed. On December 4, 1956, four musicians - Elvis Presley, Johnny Cash, Jerry Lee Lewis and Carl Perkins - gathered at Memphis’ Sun Records for what would be one of the greatest jam sessions of all time. Starring Jason Donovan, Million Dollar Quartet brings the legendary night to life with a score of rock hits.

In 2017, the bicentenary of Persuasion’s publication and also Jane Austen’s death, Jeff James’ world premiere brings all the sharp observation and quick wit of Austen’s novel to the stage (and without a bonnet in sight). When Captain Wentworth proposed to Anne eight years ago, he had only love and ambition to offer. Dissuaded from accepting his proposal by her family, Anne never quite got over her first love. Now Wentworth is back; rich, successful and still single. But, as old wounds reopen, is it all too late?

It’s not often you watch theatre in a Mongolian yurt, but then New International Encounter like to do things a bit differently. A rich tapestry of live music, storytelling, clowning, comedy and shadow puppetry, We Come from Far Far Away follows two refugees as they journey from Aleppo to Norway - inspired by real-life stories of Syrians and Afghans at a Norwegian centre for young refugees. Also suitable for younger audiences, it’s a difficult yet inspiring testament to a generation forced to grow up too soon.

In another immersive performance with an unconventional background - this time, secret locations across Manchester - BAFTA-nominated artist group Blast Theory and critically-acclaimed theatre company Hydrocracker explore the moral corruption at the heart of state surveillance. Audiences are briefed, then sent into undercover operation, encountering some tricky decisions along the way. What is and isn’t acceptable in the name of security - and what will you do when the power is in your hands?

Immersive, secret location, unconventional…we seem to have stumbled on a theme here. Clearly, it’s time to get out of our seats and get stuck in. After all, when the apocalypse is nigh, there’s no time to be dilly-dallying, as this imaginative MIF world premiere attests. There are rabbits to skin, balloons to make, fires to kindle and (perhaps most important) martinis to be mixed. With the collapse of civilisation close at hand, it’s time to look at the good things in life and the fear that stops us enjoying them. 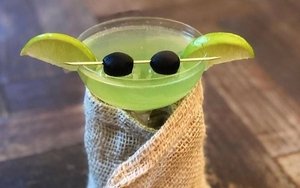 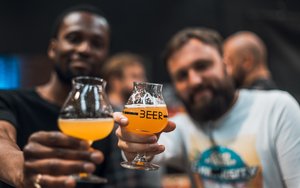 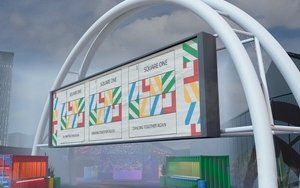 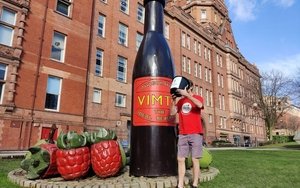