Had he not himself served prison terms for deception offences on more than one occasion then the latest stunt by far-right rabble-rouser Tommy Robinson might have hit home with rather more resonance than it ultimately did.

Ever since a tiny 2009 protest at the return of British soldiers from Afghanistan the convicted Luton Town football hooligan, real name Stephen Yaxley-Lennon, has made it his personal crusade to take the fight to the nation’s Muslim community, which he and his supporters regard as a hotbed of grooming gangs, terrorist recruitment material and stone age misogyny.

The BBC’s collusion with Hope Not Hate was presented as a stitch up...

As first the front man of the English Defence League (EDL), then the founder of the anti-Islam group Pegida UK, and most recently as special adviser to UKIP leader Gerard Batten, the former tanning salon proprietor has played a cat and mouse game with the authorities for the last decade, with a string of court cases pointing to the can’t-help-himself nature of his various schemes, statutory crimes and provocations.

Saturday’s ambitious attempt to turn the tables on the BBC’s flagship current affairs program Panorama saw him introduce a pre-emptive counter-documentary he and his entourage have produced in response to the state broadcaster’s investigations into his affairs.

Race-baiting and jingoism were largely on the back burner for the day as an estimated four thousand supporters gathered in a car park at the back of Media City’s Dock House to watch the undercover footage Robinson has assembled which he claims is proof that the broadcaster trades in a diet of fake news and manufactured propaganda.

That he managed to suggest this with a certain amount of credibility is one of the observations we might usefully draw from the event. 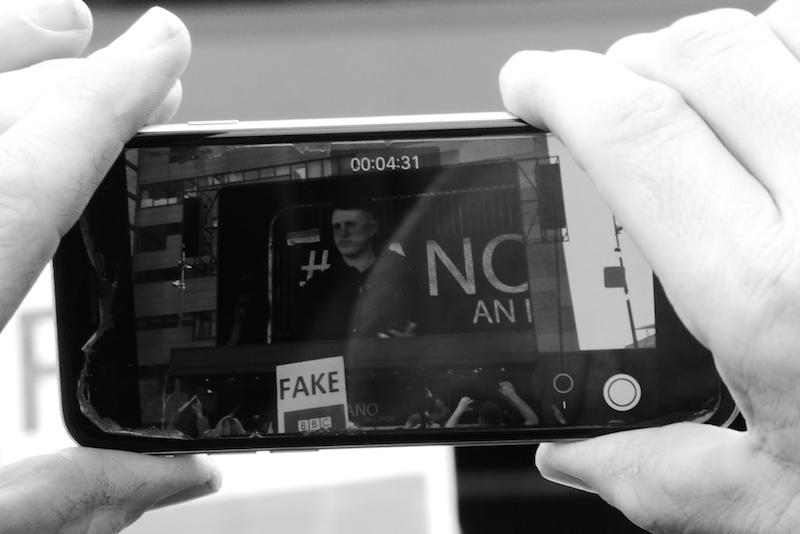 As we stood and watched the recordings Robinson’s henchmen had secretly made of journalist John Sweeney and his team, a picture seemed to emerge of an establishment bent on smearing the agitator by fair means or foul.

The BBC’s collusion with Hope Not Hate was presented as a stitch up which relies on the advocacy group’s hounding of far right activists with blackmail threats intended to coerce them into co-operating with the documentary-makers.

Then as Sweeney plied Robinson’s former aide Lucy Brown with alcohol he was seen to engage in toe-curling attempts to coach her into smearing her former boss as a sexual predator who had tried to prevent her participation in the program by the use of death threats.

“My political hero is the former IRA leader Martin McGuinness,” the highly garlanded but clearly inebriated journalist proclaimed, to jeers from the Salford crowd, before further clips of him attempting to find common ground with his working class source were served up, via a condescending litany of references to “honkies” and “poofters”.

“It was so unusual to meet a working class white male in the Newsnight green room,” he told her at one point, “that me and one of my mates went down there to have a drink with him in the way you would a cannibal from Amazonia or a creature from outer space.”

All of which afforded Robinson the opportunity to swagger in for his own interview and lecture the floundering reporter in his own front room on the subjects of racism, homophobia and class bigotry – something he did with sufficient aplomb that it was difficult not to feel a degree of affirmation. 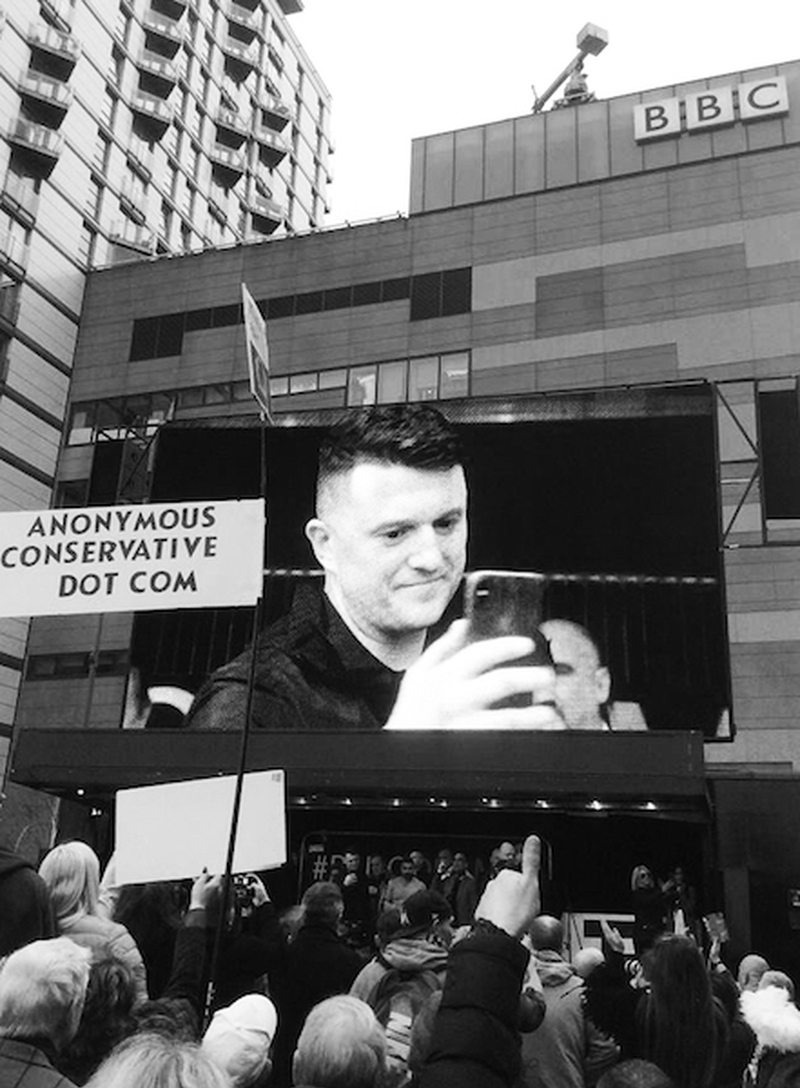 Scrutinised properly Robinson’s film may well dissolve into a tissue of crocodile tears from estranged former colleagues who agreed to speak out before regretting their exposure to the seamier side of investigative journalism.

But that would be to avoid the issue of class which rings so loudly through the whole affair.

A 2017 academic study concluded that a majority of EDL supporters hate the liberal elites even more than they hate Muslims - and that was the primary inference we could constructively take from the film.

The revelation, late last year, that Robinson is the beneficiary of significant financial and propagandist support from Russian troll factories, American think tanks and shadowy tech billionaires shows just how dangerous his brand of populism potentially is.

He may be a racist clown with a self-deprecating air, but until the underlying reasons for his appeal are properly addressed his brand of victimised, increasingly personalised identity politics will propagate across the internet every bit as virulently as he and his sinister backers intend.