This high-energy performance is visually fantastic, but lacks a little chemistry

One dancer flies through the air, high-kicking to the beat. Another flings his partner around as she twirls, kicks and bounces across the stage. The show has only just begun - to call this Dirty Dancing production ‘visually impressive’ does not do it justice.

For those unfamiliar with the eighties classic, seventeen-year-old Frances ‘Baby’ Houseman attends a summer camp with her family, where she develops a crush for resident dance teacher Johnny Castle. Fans of the original film will be pleased to know that the bulk of the stage script is comfortably recognisable from the movie, although there are some additional scenes that flesh out the political movement of the time.

Seductively serious Johnny Castle (Lewis Griffiths) finally falls for doe-eyed ‘Baby’ (Kate Eccles), although the matchmaking feels a little jarring onstage due to their vibrantly polar personalities. ‘Baby’ is played as a goofy, dorky teenager who feels a lot younger than the onscreen original, but the hyped role adds a fun dose of humour to the stage; particularly when a frustrated Johnny has to teach her how to roll her hips instead of thrust like a sex-crazed maniac. 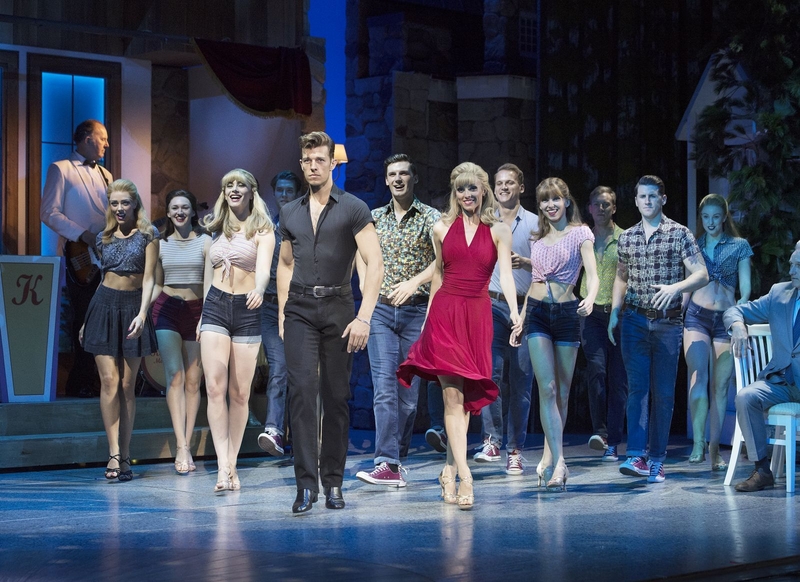 With high-energy dance performances throughout, the acting skills pale in comparison: those expecting heart-melting romance will have to settle for a cheesy American-style musical, complete with flashing white smiles. But thanks to the spectacular dance and musical performances by a stellar cast, this is a small sacrifice.

Aside from the mesmerising dance routines and faithful script, where the show really earns its merit is through the imaginative set. Thoroughly detailed and well-designed, this brings the Kellerman holiday park to life and sees scenes transition with ease and without interruption to the storyline. The iconic lake scene is given a fun stage makeover, with the use of clever lighting and backdrops adding to the comedy.

Playing to every eighties teen girl’s fantasy, the show has been sexed up a little: expect a lot more bare chests, rippling muscles and even a quick flash of Johnny Castle’s bare bum (no complaints here).

Overall, the show is visually fantastic and a whole lot of fun.

Dirty Dancing is at the Palace Theatre until 22 July