THE incomprehensibility of The Old Woman and the isn’t everything just f**ked sentiments of Adam Curtis vs Massive Attack had me slightly worried.

Were The xx going to stage something particularly cryptic, perplexing, weird for being weird sake (weirdness is a prerequisite of this trio). Don’t get me wrong, that is the point of MIF, to explore, experiment, try something new.

There was no real acknowledgement of our entrance, no facial expressions, just vacant emotionless gazes. It was as though we weren’t meant to be there

So shout me down as a philistine you may, but when you’re going to see a band – don’t you just want to hear the good stuff? Go on.

Cast me out with the unwashed.

Thankfully that is exactly what I and the other nameless 59 faces received (fire regulations dictated the capacity of 60 was strictly adhered to - much to the annoyance of the MIF volunteers who weren't allowed in), and it was glorious. Breathtaking in fact.

If the sad-eyed and hauntingly subversive music of this Mercury Prize winning group was made for any stage, it was right here. But where exactly was here? 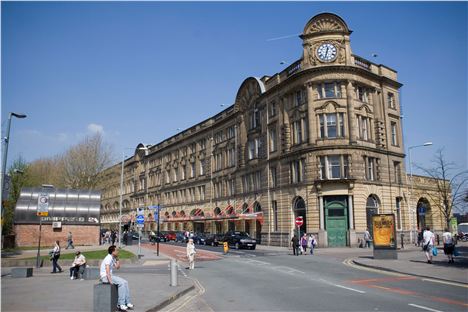 Somewhere in and around Victoria

To swerve the inevitable tirade of ‘spoilsport’ that would surely follow any exact geographical locations, I’m going to be suitably vague. Victoria Station it definitely was, but this is no secret. It is the designated meeting point after all.

The only problem with meeting outside Victoria, especially after an abnormally hot and thus boozy weekend day, is the sheer amount of tanked up delinquents that converge there as dusk approaches. We lettered folk should not have to witness a shouty vagrant with at least a third of his arse out, attempting to steal a locked bicycle from the railings beside us. That’s not what we signed up for. The critic from The Guardian had to be resuscitated.

After half an hour of intermittent heckling, curiosity had ever-so-slightly turned into discontent. Standing still for half an hour will do that to you. But finally we were off, the queue began to politely edge forward with whispers of anticipation. 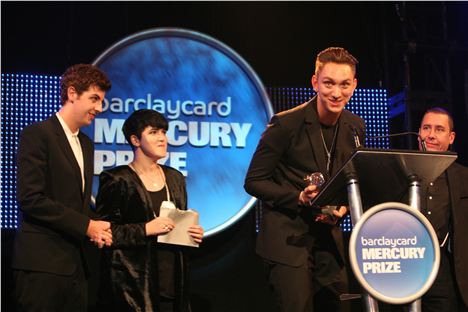 Let’s just say we didn’t have far to go. Ushered through in small groups the damp musty whiff indicated almost instantly that we were heading down. Escorted through a number of holding pens and tunnels the rabble eventually congregated in the final of the holding cells, the dark brick-clad enormity of the surroundings lent an uninhabited eeriness to proceedings, bordering on the foreboding.

It was rather disconcerting to see Oliver Sim, Romy Madley-Croft and Jamie Smith black-clad and plain-faced, quietly stood motionless on a clear low-level floor in the centre of a square white room.

There was no real acknowledgement of our entrance, no facial expressions, just vacant emotionless gazes. It was as though we weren’t meant to be there, as if every one of us but the band were invisible, as if they’d play anyway, audience or not. The silence was deafening.

As the band opened with Angels and bright spotlights beamed from beneath them, the canvassed walls begin to ripple ever so slightly, perhaps wakened by the music, perhaps caught by a draft. Were we outside again? Had the stairs, pens and tunnels been a deception? Had we been led inside from outside and back outside again? It was impossible to see.

Post-opener there was a slightly awkward silence, do we clap or don’t we? Were we supposed to be a visible and audible audience or not? Nobody dared to make a noise lest these three silhouetted figures be startled and escape back into the shadows. The equilibrium remained intact. 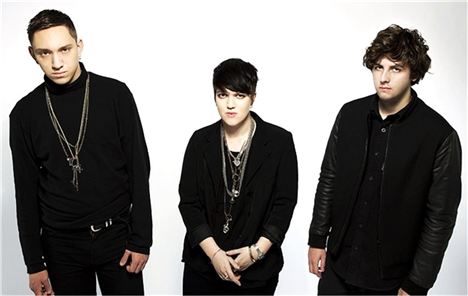 But it was an appropriate hush, the quiet only intensifying the ethereal and flawlessly delivered vocal harmonies of Sim and Madley-Croft as Jamie Smith tinkered away in the background, beating drums and twindling knobs like a mad-scientist conducting the whole affair from the back.

As the set continued the ambience, as sharp as Sim’s haircut, began to loosen, foots were wagging, knees were bending, smiles and lyrics broke the lips of the audience as they dropped into Crystalised. Spotlights flittered mystically across the walls and ceiling as the duo danced a sorrowful sway, tracing each other’s footsteps into the corners of the stage, all the while staring intently at each other.

Part way through the 45-minute long set, the slight tweak of cable barely audible over the music drew attention up towards the ceiling.

And something happened - but let's not spoil the surprise.

All that needs to be told is throughout 'the reveal' the sound maintained its perfection, the echoes only adding to the minimalistic and monochromatic tapestry laid out before us lucky few.

Like many others, I felt the intimately polished nature of the band was lost slightly amongst the sprawling expanse of the Other stage at Glastonbury.

But this was their natural habitat.

If The xx were moles, this was their hole. They should remain here. Condemned to the shadows. This is where their music belongs. And it’s beautiful.

The xx are performing as part of Manchester International Festival. More details here.

Tickets £35. £12 for GM residents. The event is currently sold out, however, MIF have been intermittedly releasing a few extra tickets for each show on most days. Keep an eye on twitter and here.