The Wonderful World Of Hawksmoor's Cocktails

SOME bars work their magic before they've even poured you a drink. Stepping inside feels like being transported to another era. Sitting down makes you feel both relaxed and revived. You're yet to take your first sip but you're already a little bit intoxicated.

The bar at Hawksmoor is one of those places. It's as beautiful as the restaurant, perhaps more so, with its Caravaggian mix of light and dark, its emerald leather seating, and its glinting gold-plated bar. The wood panelling and Art Deco table lamps make it feel like the reading room of a particularly affluent library. The cocktail menu speaks of less wholesome ways to wile away an afternoon.

Taking inspiration from the cocktail guides of the late nineteenth century, many of the drinks are re-imagined classics. The list is divided into sections, beginning with Anti-Fogmatics (designed to wake you up and clear your head) and ending with Disco Drinks (in their words, what Del Boy would order if he were to pop in).

In between, you'll find 'Pre-Prandial' aperitifs, 'Post-Prandial' digestifs, and 'Bridging Drinks' for that tricky period mid-afternoon when you want to drink but don't want to get drunk.

It was mid-afternoon when we visited. We didn't want to get drunk but when you've got Hawksmoor's cocktail list at your disposal, it's difficult not to head in that direction. They mixed us some of their most popular drinks. We delicately sipped and diligently took notes, and promised ourselves another visit, on our own time, at night. The drinks, the setting, the atmosphere – they all won us over. This is the kind of place we'd like to spend more time in.

From the Anti-Fogmatics section comes this 'turbo shandy' made with gin, homemade ginger syrup, lemon, and topped with ESB (extra special bitter). It tasted like the homemade ginger beer we used to brew as children, and would send you into that same giddy state of mind if you drank a full glass of it. It's their bestselling cocktail and is particularly fast-flowing in the Christmas party season. Described by Hawksmoor as 'Spain in a glass', this aperitif from the Pre-Prandials section, is a blend of gin, manzanilla sherry, pear, lemon and almond. Subtle not sharp, sweet but not cloying, it'd be the perfect way to shake up your senses before one of Hawksmoor's famous steak dinners. 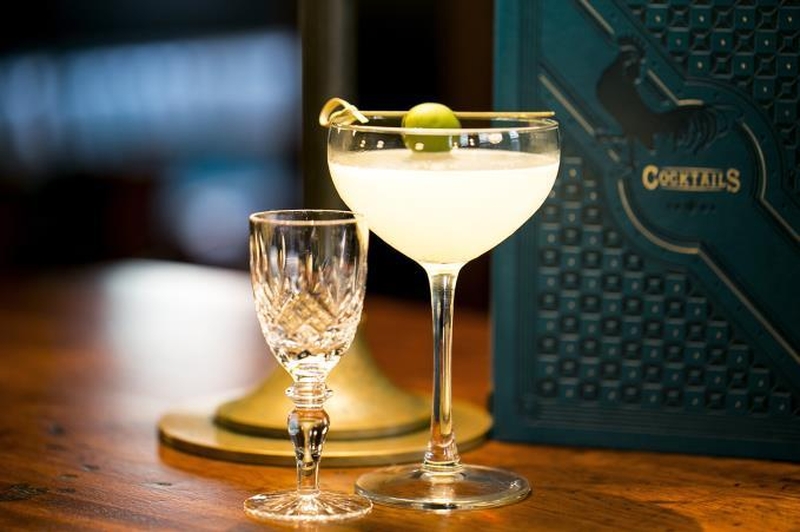 This Post-Prandial is the ultimate after-dinner drink for those who want to keep going rather than go home. Hawksmoor make theirs with a homemade mezcal-based coffee liquor, mixed with vodka and espresso from the Small Batch coffee company. It's smooth, bitter, strong and intense. Seriously good stuff. Another Post-Prandial digestif, this one defined by rye whiskey mixed with the herby flavours of Chartreuse and Fernet-Branca, and Cherry Heering brandy. It tastes like it's good for you (a dangerous quality in a cocktail) and is Hawksmoor's take on the classic Manhattan. It was our favourite of the four, and got extra points for the gorgeous glassware. 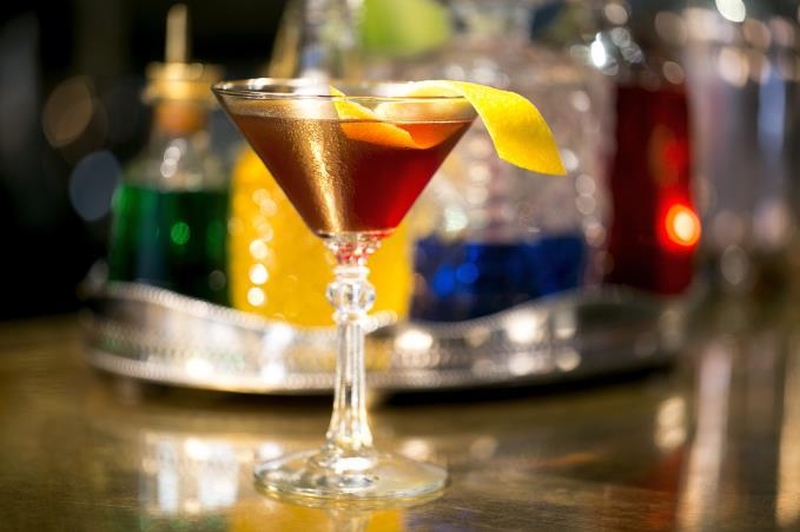