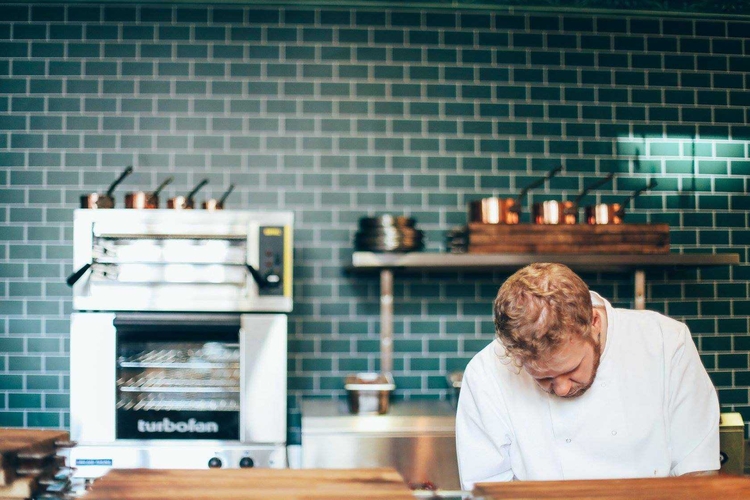 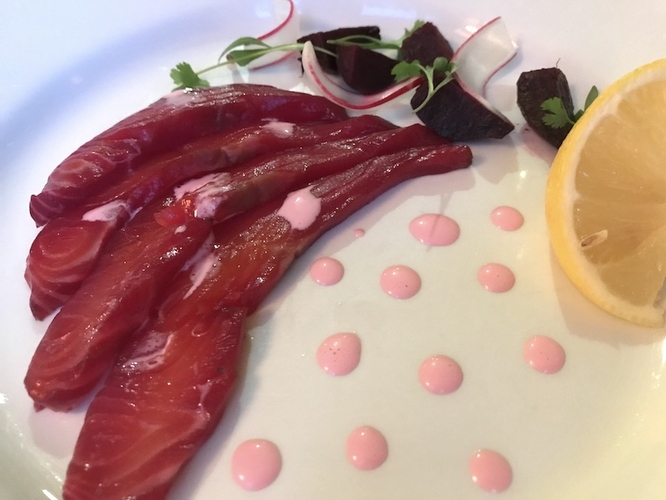 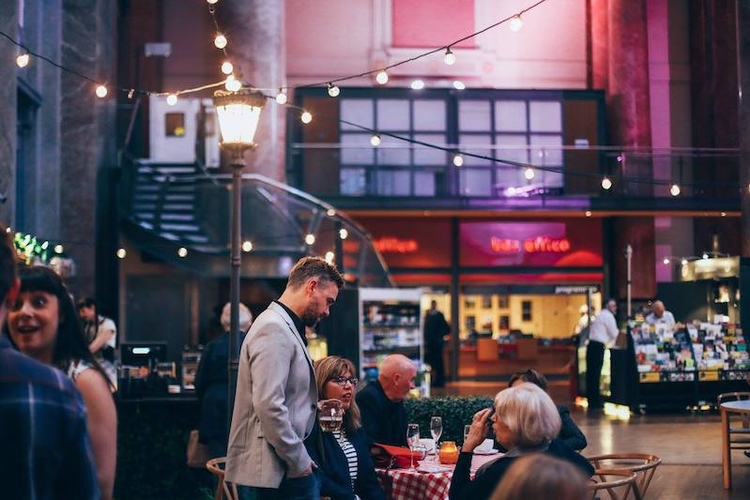 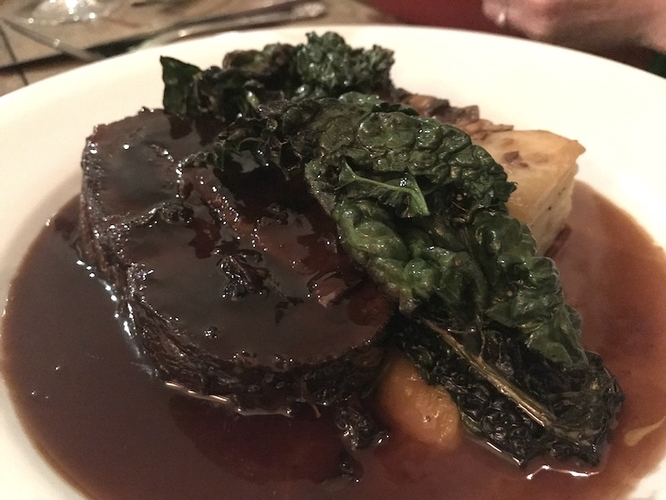 Jonathan Schofield thinks this is exactly what the city centre needs

Manchester city centre has plenty of variety in food and drink. Of course, quantity doesn’t always mean quality, but take a walk though most similar scaled European cities and you quickly realise our lexicon of world cuisine is far wider than most.

Strange then, that our city centre British food offering is inadequate. We have good high-end British fine-dining with The French and Manchester House and to some extent WOOD and Grafene, but in the middle, aside from the sterling work of the Chop Houses, there’s little else. Perhaps Randall & Aubin could be included, because despite all the French words on the fish-focused menu much of the food is British first and foremost.

The big gap in Manchester city centre is decent British pub food existing at a level above Wetherspoons. The Wharf, The Marble Arch and The Angel are fine but they occupy the outer rim of the city centre. It’s heartening therefore to herald The Rivals arrival at the Royal Exchange Theatre.

Over the past few years I have reviewed the restaurant here negatively, repeatedly. Essentially it has been a massive waste of a fine space with great views over St Ann’s Square, offering cack food from some crappy mass catering operation based on a trading estate in Reading.

Now it’s transformed. The décor has been wrenched out of the hands of Billy Bland of Berkshire and made moodier, more individual. It's enlivened with entertaining artworks and bits and bobs, especially lampshades, from past productions in the theatre next door. There’s proper ale, too. I swigged on Wreckless from Macclesfield’s Red Willow brewery during my nosh-down.

A key to what I hope will be a heap of success is that the restaurant and bar now stay open during theatre performances. In other words it has proper, regular opening hours.

The food was excellent on my trip. This comes from chef Anna Fysh, of Gray’s Larder in Chorlton. An apt surname for a chef.

So, people, find me two starters that are better value (you could even use them as light lunch) than the house-cured salmon, baby beets and horseradish crème fraiche (£7), or the beef capaccio, walnut pesto and marinated artichoke (£7). Both were crammed with flavour, both looked like little artworks, both were home-cured and yet, both were floaty light. Subtlety was the added ingredient and I really can’t decide which I preferred.

A main of beef featherblade, dauphinoise spuds and crispy cabbage (£18.50) was easily the most expensive thing on the menu but will easily fill you up. The beef is beautifully cooked, flaking as gratefully (but more gracefully) as a drunk onto a bench. It was ebullient and tender, the latter qualities bound up with its molasses-rich gravy. Spuds and cabbage were grand too.

Just as good was the chicken, marinated in herbs, with a vegetable broth and fabulous crushed potatoes (£16). The chicken was perfectly cooked, tender, forgiving, yet with enough sturdiness to ensure texture and heft. The baked squash, thyme-braised lentils, carrots roasted with maple, and parsnip (if I remember rightly) for £14 had good balance and wasn’t overwhelmed by the squash. Veggies, seek it out.

A posset of the blackberry variety with shortbread (£6) was fruitiness summed up and had a true consistency.

The hostess of the show is the lively, chatty and hilarious Goska Langrish, formerly of Hawksmoor. She’s part of the operating partnership along with former Corrie actor and publican Rupert Hill. They also look after The Eagle in Salford and The Castle on Oldham Street - two very fine boozers.

The name by the way, The Rivals, comes from the first production within the splendid steel module of the Royal Exchange in 1976. The Richard Sheridan play was first performed in 1775, and is a bawdy farce about several gents vying for the hand of a lady.

No rocket salad is mentioned during the play and thankfully there was none on any of the plates. That’s another thing about Anna Fysh’s food, there was none of that bitter brassica bollocks anywhere to be seen. (I managed to engineer that bile-driven rant about rocket fairly well, I think.)

What Manchester city centre has effectively gained in The Rivals is a proper gastro-pub. The latter is a clumsy phrase, but the best we’ve got to describe cracking British-focused food, served in a comfortable atmosphere, delivered with skill and in hearty proportions.

Go, I say, go, at lunch or during the evening. I’ve been twice already. Great place.