You don’t stay in the hospitality business as long as someone like Steve Pilling unless you’ve picked up a few tricks. He’s a shrewd operator with his fingers in quite a few pies…and pints, and pizzas and patties.

If you ever ate at Damson in Heaton Moor or Media City, The Red Lion in High Lane, Stockport, The Dockyard pubs, The Gasworks in First Street or one of the many city centre bars and suburban pubs he has an interest in, you’ll be familiar with his work.

The overall effect is quite as mad as the eponymous giant

He’s also behind Stockport’s recently revamped Produce Hall and Didsbury’s The Mad Giant, which he opened just before Christmas. Disillusioned by the lack of demand for fine dining, he’s decided to grab the casual dining concept by the scruff of its hoodie and run with it by fitting a miniature food-hall into the site of his former restaurant La Cantina – and it works surprisingly well.

The double fronted space goes quite far back leaving plenty of room to line up several kitchens and a bar along the two back walls, with a fair few trestle tables and benches in the centre. There’s even an Italian mini-truck in one corner to act as the stage for a Black Market Espresso coffee and cake counter.

A full on extra-sensory overload comes gunning for each of your senses. The interior is a mishmash of colourfully exaggerated walls and up-cycled furniture, a soundtrack is pumping away, and a whirlwind of delicious smells all compete with each other to try and tempt you over to their counter first. All this while dogs, prams and toy-car-chasing kids - either left to their own devices or on devices - brush past you at low level and high speed. The overall effect is quite as mad as the eponymous giant.

As with all food halls, first there’s the bun fight to try and stake your claim on a table. Then you have to take turns to get up, have a walk round so you don’t miss anything, and then order and pay at each separate till point. They bring the food over when it’s ready.

It’s tricky reviewing somewhere with many concepts because it’s not fair to leave vendors out. A couple of extra stomachs volunteered to come with me - although we still ended up bringing food home.

Firstly, the bar. A number of taps line the back wall offering craft beers from local breweries. There are also wines and cocktails. If you lived nearby, you could work your way through them, but I was driving so grabbed a small bottle of Prosecco for one (£6.95) and a couple of rose lemonades (£2.75 each).

We started with an Aloha pizza (£8) from ‘Kneadful Things’, one of Pilling’s own brands. The base was decent enough; well risen and not too soggy, but perhaps not quite as puffy and leopard-spotted as some serious pizza competitors. They’d made an effort to add a bit of pizazz into the toppings. If an afternoon of pizza, Prosecco and prattling is on the cards, there are worse places to do it.

We shunted over to Kambuja, Angkor Soul’s new casual dining concept. ‘Loc lac’ marinated steak wasn’t ready yet for some reason, so instead we chose ‘pick-a-protein’ Me-Kola noodles with five fat king prawns nestled amongst the shredded veg and beansprouts (£9). They’re not shy with the chilli, so don’t expect to be able to taste much after a hearty bowl of that.

Mouths still dancing, we rocked up to AtLast Burgers and picked out a Korean chicken burger (£7) with kimchi slaw and sriracha. It tasted better than it looked - thankfully, because it was basically a slab of brown in a shredded lettuce nest. The skin-on chips were crisp, fluffy and hot. I reckon this could be one of the best things to see a hangover off.

Jimmy Changa’s Mexican Cuisine is the latest street food vendor to set up at TMG. We tackled the whopping chimichanga  - a deep fried tortilla stuffed with chicken and cheese. It was the size of a rolled up sleeping bag and just as comforting. Also, considering it had enough calories to fuel a trip up and down Pico de Orizaba at least twice, decent value for £7.

We didn’t want to leave without a Chaat Cart fix – especially now the Marple restaurant has closed – but the person manning their counter kept disappearing. At one point I even saw her nip out the front door with her coat on. By the time she hung around long enough to take our order we were stuffed to breaking point. To counter all the stodge, we ordered a Buddha bowl with halloumi (£9), which turned out to be a bountiful and wholesome beast; a mountain made up of two types of chickpeas, rainbow salad, pomegranate seeds and that perfect rice that only Indian mums know how to get right. We had to take it home.

So that’s The Mad Giant in a nutshell. A fun experience for all and a bit like taking your digestive system out to a theme park. 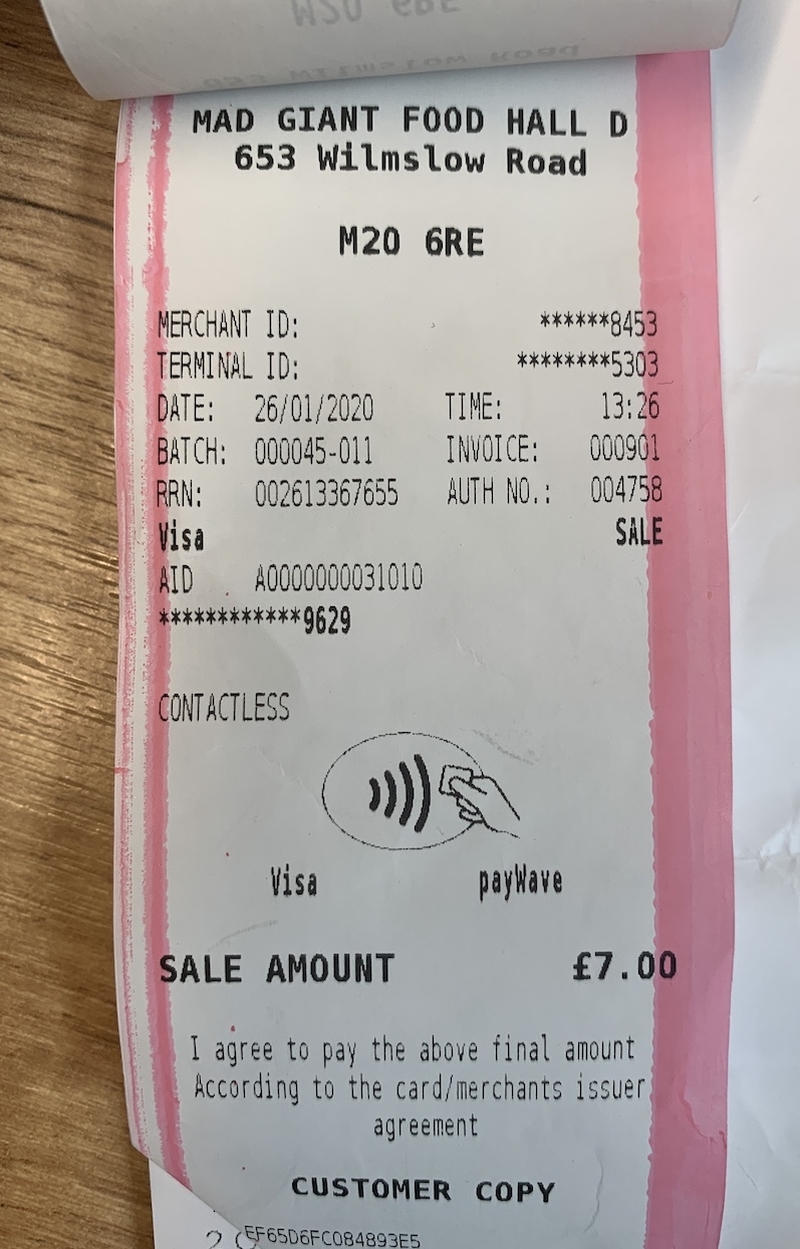 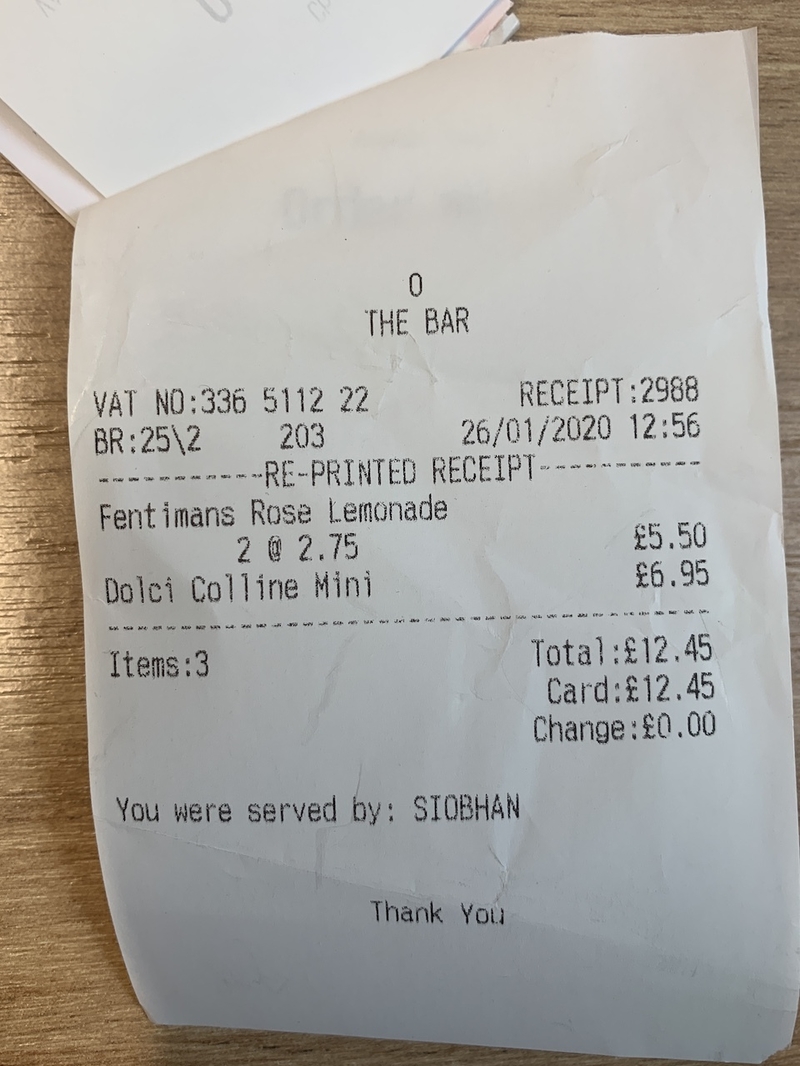 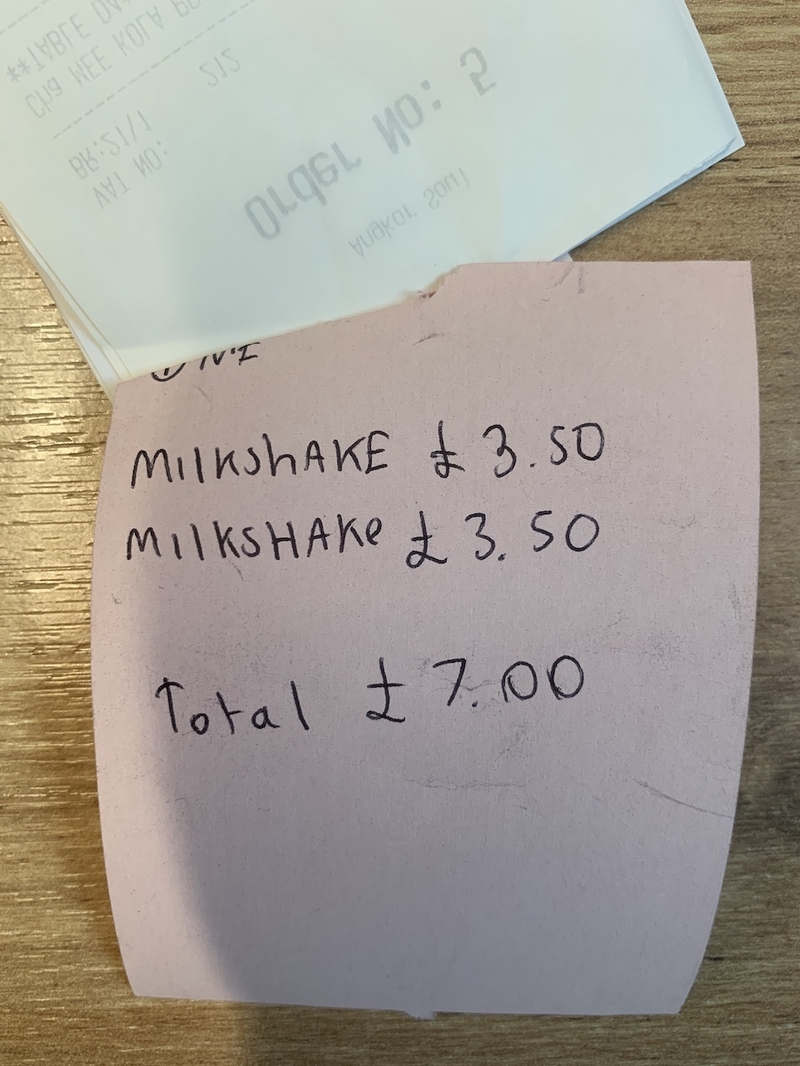 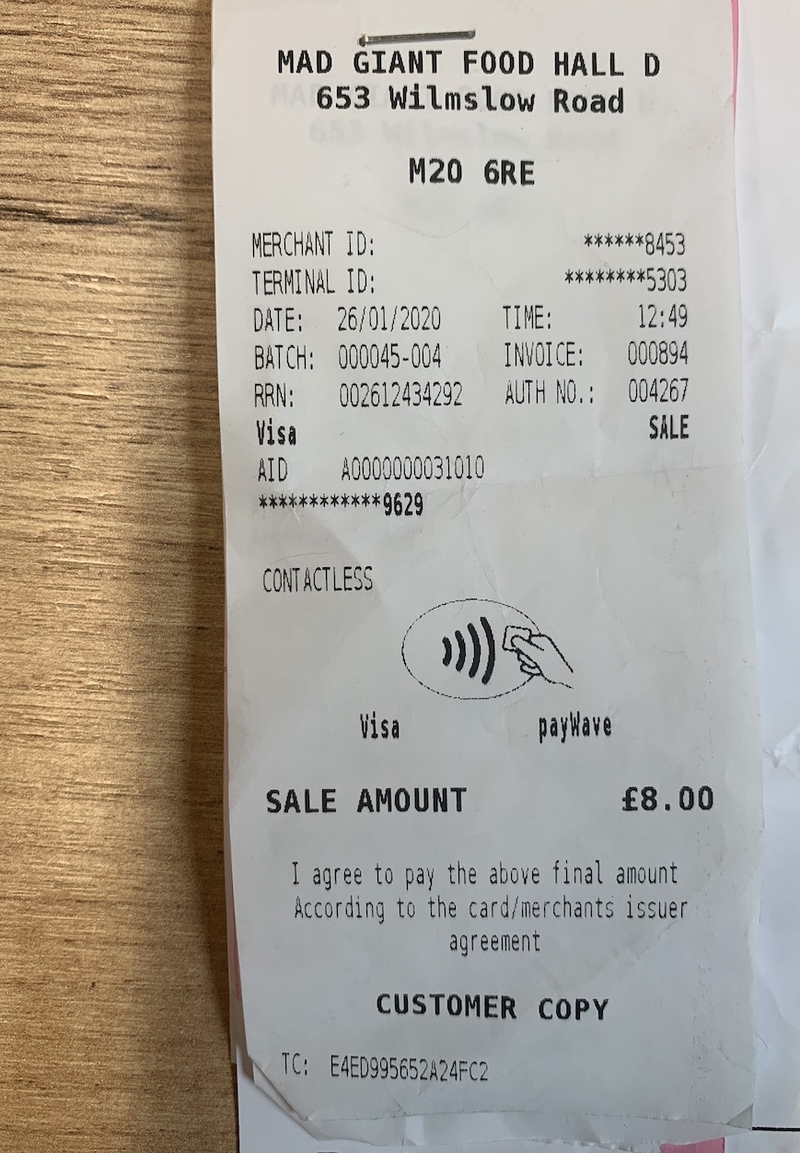 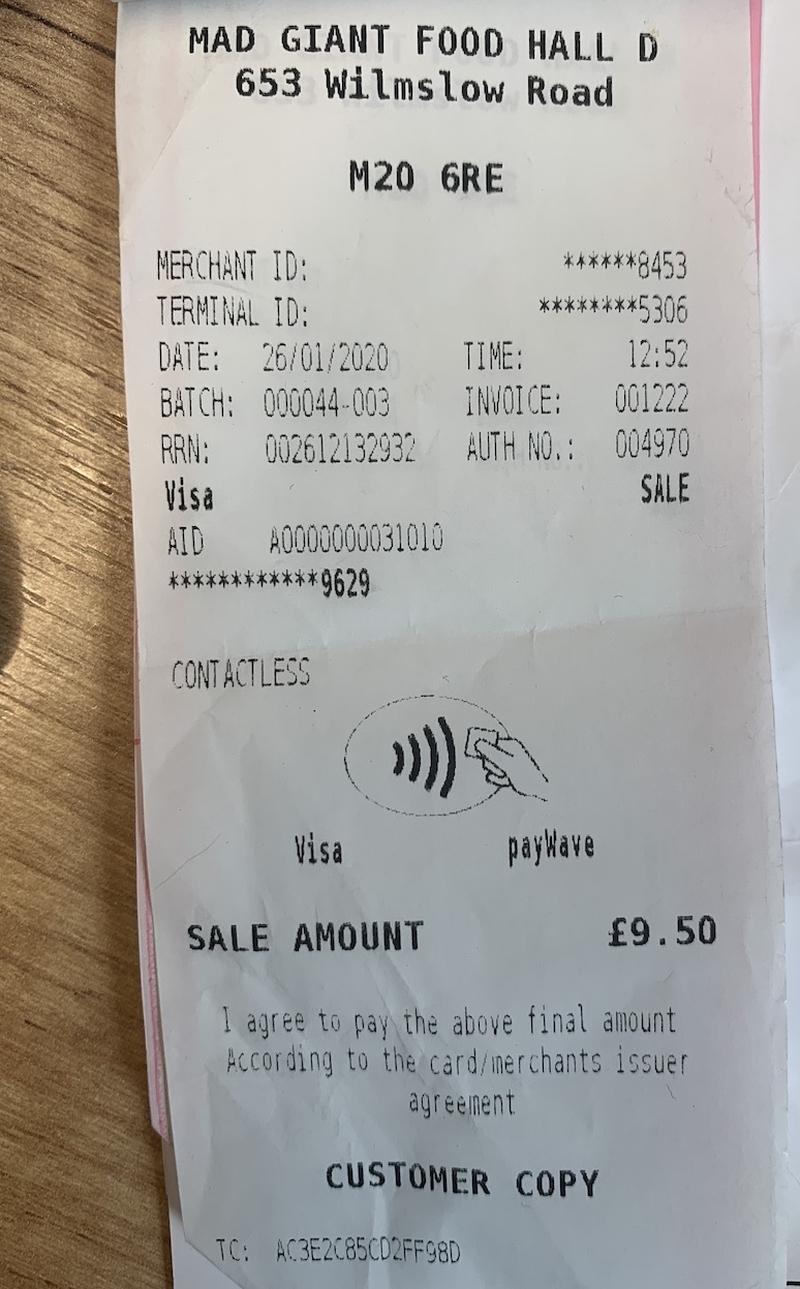 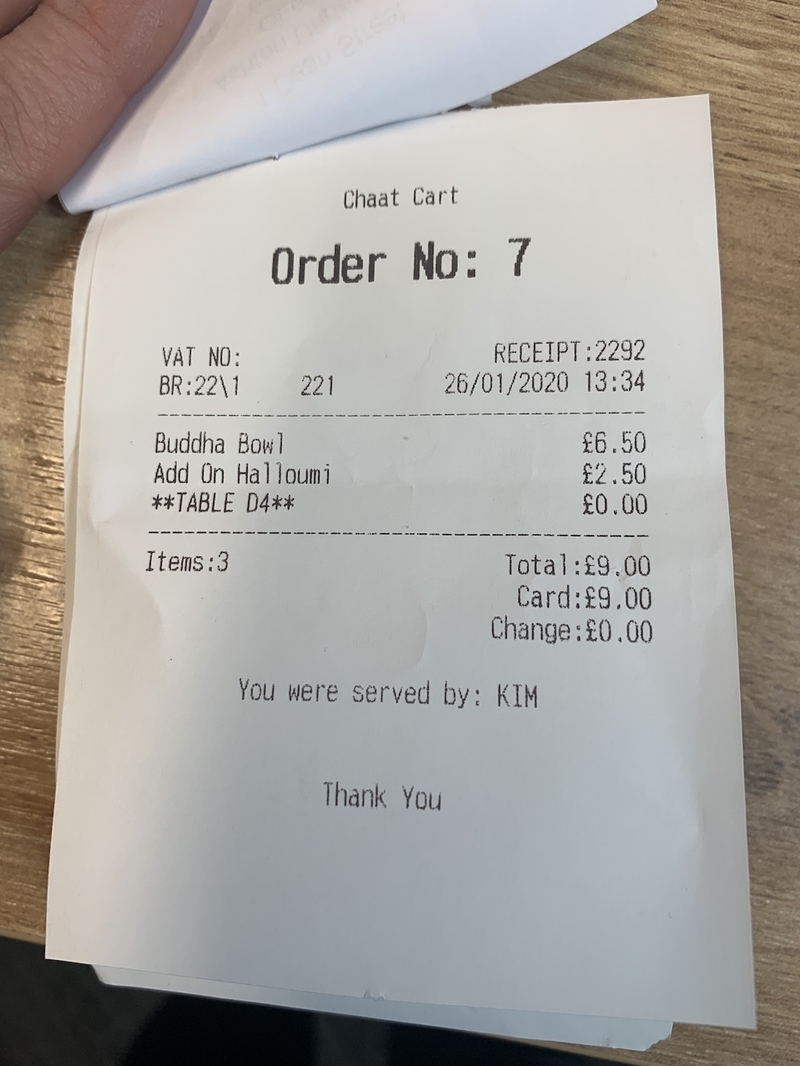