Premier five-star Lowry Hotel and Spa gets a £5m makeover

LONG known as one of the city’s most luxurious hideaways for Mancunians, celebs and tourists alike (£4,000-a-night suite, anyone?), The Lowry Hotel & Spa has been up there with favourite places to relax in town since opening in 2001. And now, thanks to a £5 million refurbishment, it’s set to get even better.

Completing late September, the five-star renovation will see a redesign of the hotel’s bar and restaurant areas while retaining the much-loved riverside terrace and views of the Irwell. The rebranded Lowry Lounge & Bar will benefit from a feature bar and a new layout, and the refurb promises bespoke furnishings in soft hues, with guests able to choose to mingle or have a moment’s peace depending on their mood, thanks to a mixture of both sociable and set-apart seating.

The new look is being created by renowned interior designers Goddard Littlefair, who were also behind the hotel’s recently refurbished Presidential Suite, revealed in February, and the lobby and mezzanine areas. The award-winning team say they have been aiming for a shared similar fluid feel and sophisticated look throughout. 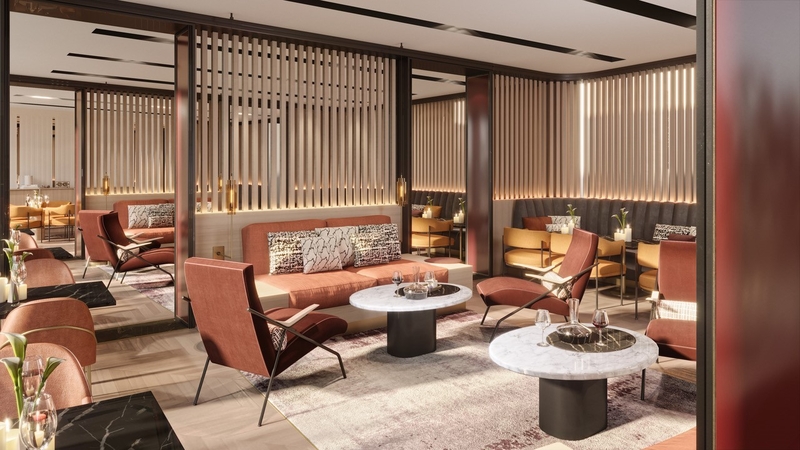 It’s a huge year for investment at the Salford hotel, with other confirmed developments including a redesign of the six luxury corner suites and upgrades to its meeting and events spaces. Home to impromptu performances from some of the hotel’s high-profile guests – from Lady Gaga to Take That – plans are also afoot for an entertainment programme featuring live appearances most nights. Manchester is famous for its music scene, after all…

On the eating and drinking front, food and beverage manager Daniel Thompson has said that the offer will be ‘creative’ and, while the riverside drinks and dining space is being prepared, the hotel’s ballroom has been transformed into a pop-up restaurant and bar to cater for current guests’ needs. 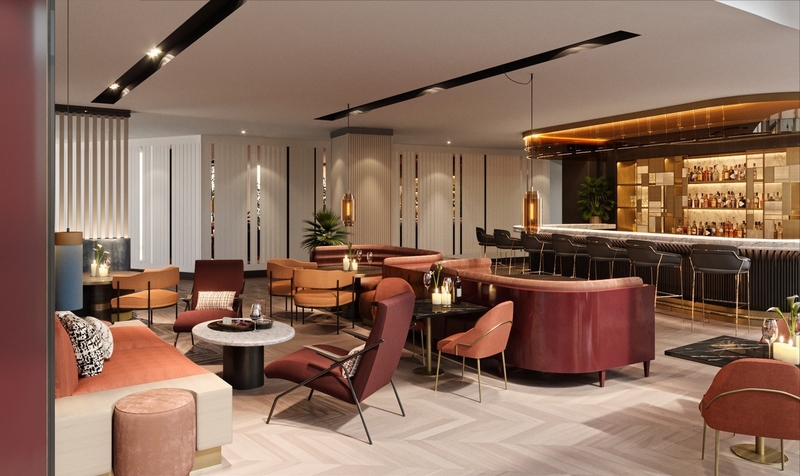 When The River Restaurant reopens, head chef Dave Ashton – who came on board earlier this year – has been busy composing a mix of dishes featuring locally sourced produce, to be enjoyed alongside the hotel’s fine wines. Fans of The River Restaurant’s popular Sunday lunches and daily afternoon tea will no doubt be pleased to hear that these will continue to be served as normal – just in newly improved surroundings.

General manager Adrian Ellis says: "It’s an incredibly exciting year for The Lowry Hotel. We’re investing nearly £5 million in developments to cement our status as Manchester’s premier five-star hotel amongst growing competition in the city. The new Lowry Lounge & Bar and River Restaurant allows us to maintain our five-star service standards as well as offer a personalised experience for all guests, whether it be an overnight stay or superb evening out."