'A Michelin offshoot playing to the crowd' - The Barn at Moor Hall, Aughton, Review

How does Moor Hall's 'casual' new sibling shape up?

We were attempting to locate The Barn, the new undertaking at Moor Hall, an ancient West Lancashire site which, if you haven’t heard, accommodates a sixteenth century manor house with all the trimmings of a five-acre garden, lake, moat and glass houses, and whose recent restoration, even viewed by night, is captivating.

In need of a pamper pick-me-up? Let yourself go in lockdown?
What you say
Got an account? Login, to comment/rant.
0 Opinions
Read Next
● / Pubs 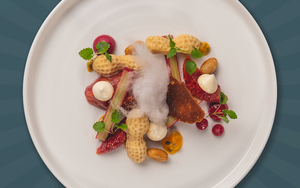 Six courses of nostalgia from Nico, but what's the theme this time?