It’s always been a bit of a mystery as to why the Conservative Party chooses to hold its annual conference in Manchester. After Liverpool, this is probably one of the least Tory-friendly cities in the land. It almost feels like a provocative move. Why don’t they have it in the home counties or pull some strings and do it over a weekend in Jersey instead?

We can’t answer that question and we can’t tell you what it was like inside the conference because a press ticket cost £800 (£1000 if you fancied it last minute). What we can do however is put our hands on our collective hearts and tell you, in all seriousness, why the Tory party conference was beneficial to the city of Manchester. 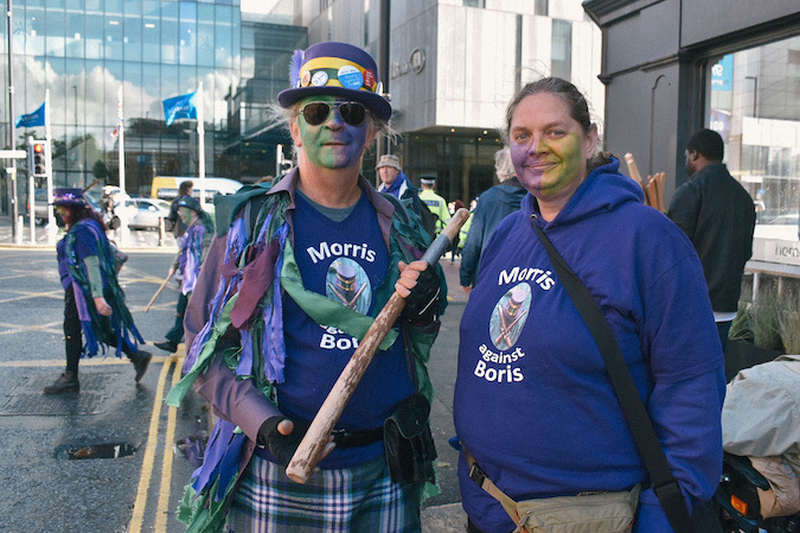 It was a free therapy session

The Conservative Party did their bit for the mental health crisis and kindly allowed for a small safe space close to the library where people could partake in some protest therapy. Although some might consider protest therapy a bit of a pointless pseudoscience, many made the most of the free service. 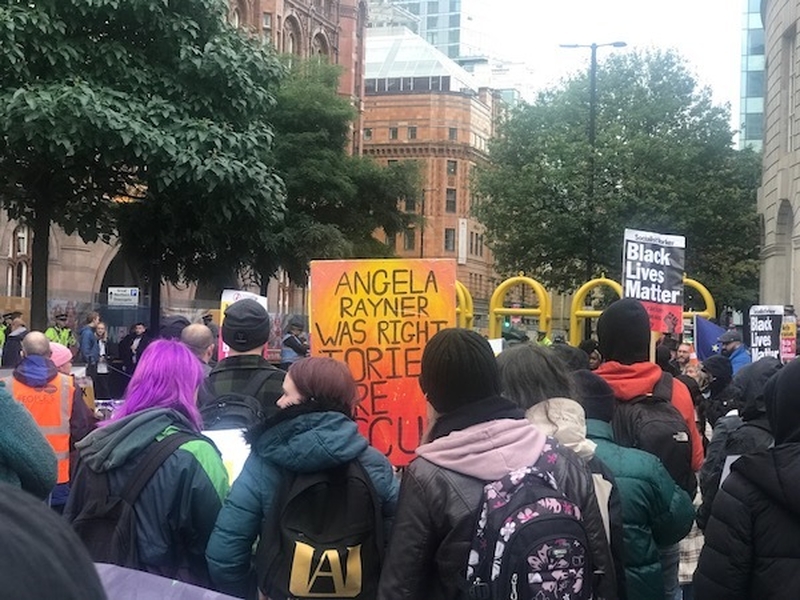 Creativity was on display

Speaking of protests, we got to see the full spectrum of creative political signage over the conference. Eye-catching displays from the likes of Led by Donkeys - who projected a video of an HGV driver onto a wall in the city centre - and Shelter’s massive sign outside Piccadilly were both great additions to city facades. Lots of food for thought if you were a pissed spad wobbling around at 11pm looking for a kebab.

Wholesome homegrown vibes came too in the form of “Angela Was Right” and the homemade “Morris Against Boris” t-shirts spotted on Deansgate. Of course, the glorious hand-made banners of the left continued to dazzle and inspire. Who needs arts funding, eh? 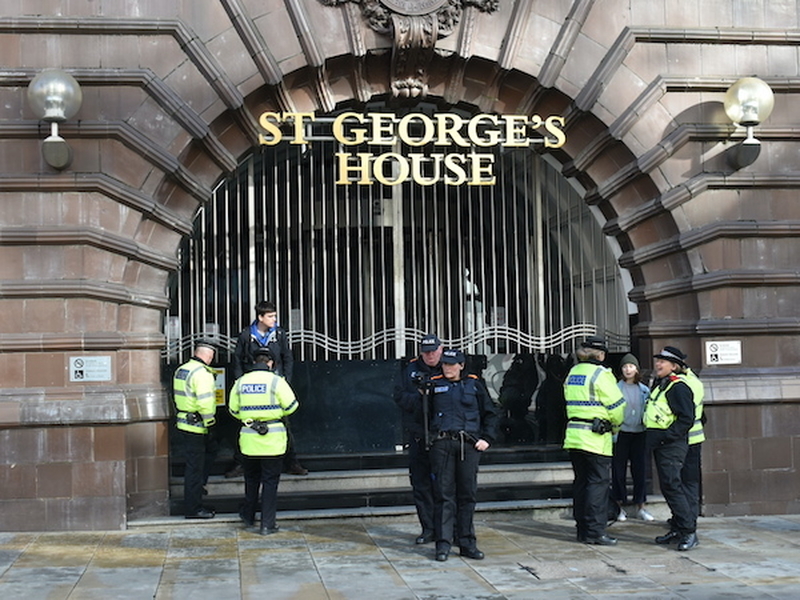 If like most people on Question Time, you’ve ever quipped about the lack of police on the street, the Tory conference will have been right up your alley. In what has been one of the worst weeks for the police in modern British history, what could’ve been more comforting than loads of police, everywhere?

It’s a good job that their presence didn’t create a really oppressive atmosphere reminiscent of a dystopian city centre war games exercise. Police were drafted in from Cheshire, Lancashire and North Wales as well as from the Greater Manchester force. It’s also a good job that crime outside of the city politely stopped for a few days. 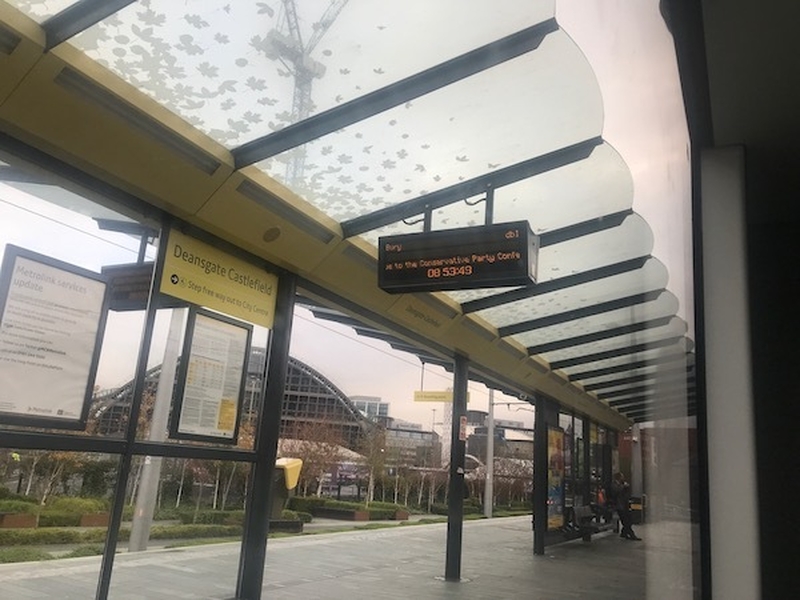 Active travel got a boost

The Conservatives improved the health of many in the city by encouraging them to leave their cars at home. Roadblocks in the city centre and tram disruption meant your feet were the best forms of transport with Boris himself showing how easy it was to get from A to B in running shoes and a shirt.

Although there was no Strava data for the run, there were rumours that he defiantly ran up the Peterloo memorial looking like a sort of Cabbage Patch Kid Rocky Balboa. 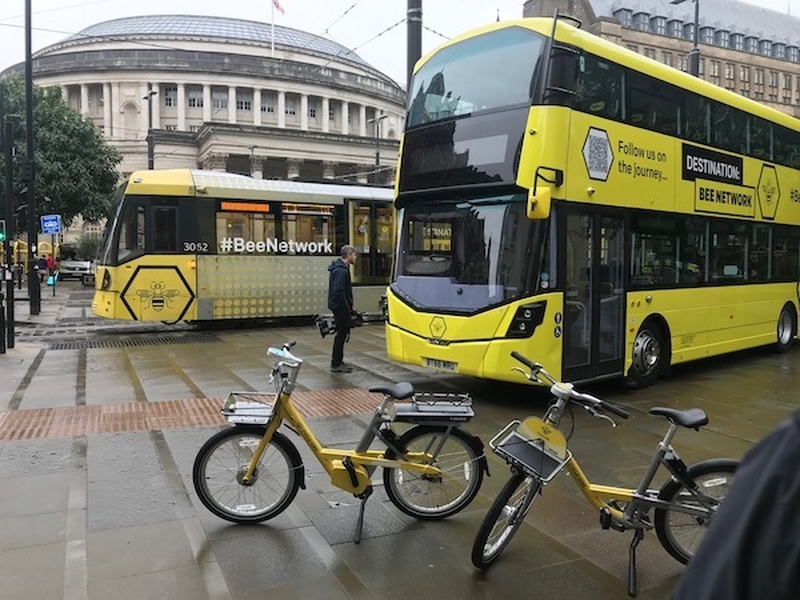 You know when you’re skint and you need to borrow some money off someone but it feels sly Whatsapping them and their phone keeps going to voicemail but you know they’re going to be in the pub on Monday because it’s their footy team end-of-year do and you want to ask in person so they’ll see that you genuinely need it?

Give or take, that’s what happened at the Tory conference. Burnham asked the government for £1 billion for a London-style transport system and to illustrate the potential of it he parked a bus and some bikes in St Peter’s Square. Real tanks on lawn stuff. We all know Boris is partial to a bus so let’s hope it worked. 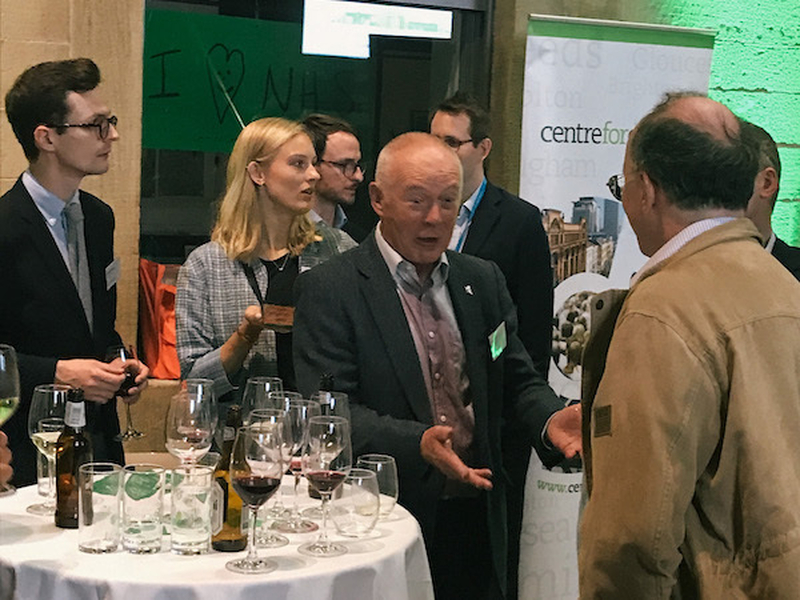 There were fringe benefits

Away from the official party conference where famous nepotist Nadine Dorries was denouncing nepotism at the BBC and adult man Dominic Raab was decrying "misogyny" against men, at the fringe events there were some genuinely productive policy discussions.

And by that, we mean a young woman threw an entire glass of red wine over Sir Richard Leese at a Centre For Cities event at Manchester Art Gallery. The wine splasher and her mates also shouted at him for selling off Manchester although we could've done with a sign too for clearer messaging. A real hold my pint moment for left in-fighting. Take that, government.

Local businesses made the most of visitors

The Manchester hospitality scene welcomed conference visitors with open arms encouraging them to spend their money and make themselves at home. The Paramount Wetherspoons on Oxford Street proved to be a sort of spad and young Tory ground zero.

The Paramount also kicked the conference off with a special event “Saturday’s for the Tory bois”, the event page encouraging attendees to “say goodbye to zoom, and hello to pitchers, cheap pints and maybe a bad decision (or two).”

Luckily Bunny Jackson’s were on hand with special Conference wing deals throughout to help mop it all up.

Gorton was put on the map

It’s funny how things go. One minute you’re cutting all the services, the next minute you need somewhere for a decent photo opp. It’s a good job HideOut Youth Zone is still going in Gorton. Nothing screams man and woman of the people like Boris Johnson and Priti Patel playing ping pong together, a sport the former refers to as “whiff whaff”.

They also got down to a spot of baking, donning Conservative branded aprons with the slogan “Bake back better”. Probably would’ve looked a bit mean if they’d done that at a nearby food bank I suppose. 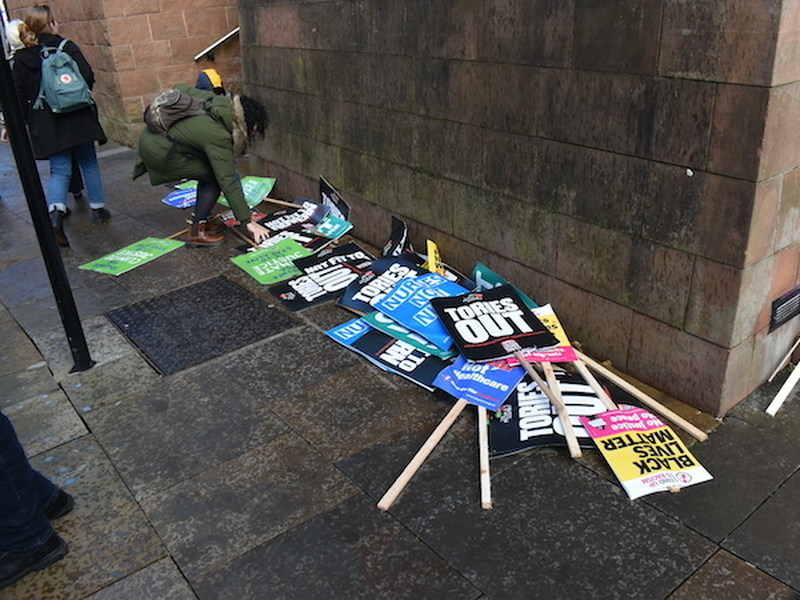 They brought the humour

Honestly, what’re they like. Them Tories. Those Tory bois. Gove is turning into a proper little raver, isn’t he? He certainly brought the moves to Manchester. And look, there’s Thérèse Coffey, she had the time of her life, literally. Look at her go on the karaoke mic, singing.

Come to think of it, it almost looked like they were actually celebrating taking £20 off the poorest people in the country as part of removing the £20 Universal Credit uplift. Literally celebrating the moment it went into force, especially with the song choice (I’ve Had) The Time of My Life. Blimey, I hope nobody else saw it like that. Just a coincidence I’m sure. 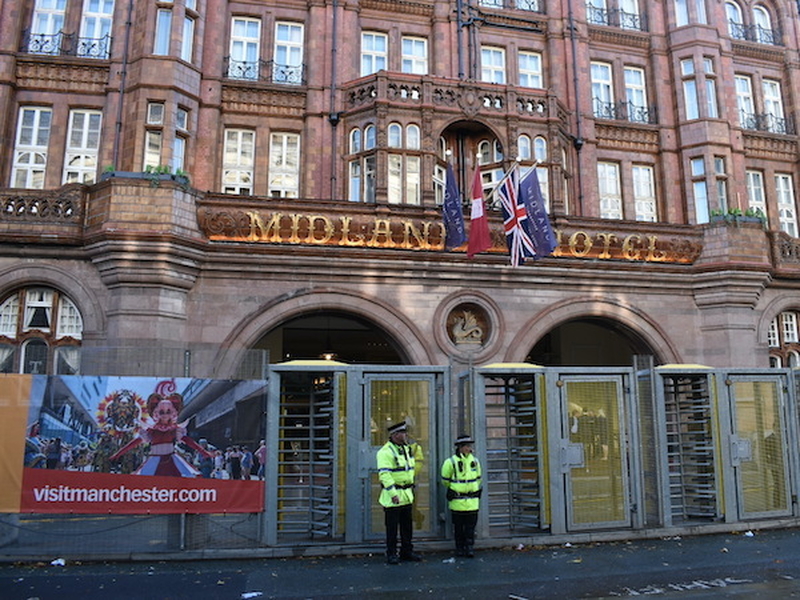 Someone put Jacob Rees-Mogg in his place.

Read next: Six new eating and drinking spots to shout about in Stockport