Take a taste tour with Tampopo

Whether you’re already a convert to East Asian food or you’re looking to expand your culinary horizons, Tampopo’s authentic flavours are the perfect way to take your taste buds on a trip to Japan, Thailand, Vietnam, Indonesia, Malaysia, and Singapore

Each country’s history means it has its own culinary identity, its own food traditions and its own key ingredients. Find a favourite or explore them all – it’s your call. One thing’s for sure, whichever cuisine tickles your fancy, you can be sure of fresh, vibrant cooking at Tampopo.

Japanese food is distinctively, well…Japanese. Its clean simplicity and moreish umami flavours have hardly been influenced by other cultures because of a 200-year ban on foreigners which lasted until the 1840s.

Rather than using spices, Japanese food takes its flavours from the sea in the form of seaweed, kelp and dried fish flakes, from rice wines such as mirin and sake and from products made from soya beans: miso, tofu and soy sauce.

One taste of Tampopo’s lightly-battered tempura king prawns or a slurp of their yaki udon with noodles, chicken and seafood and you’ll be saying, ‘Japanese please’ every time you visit. 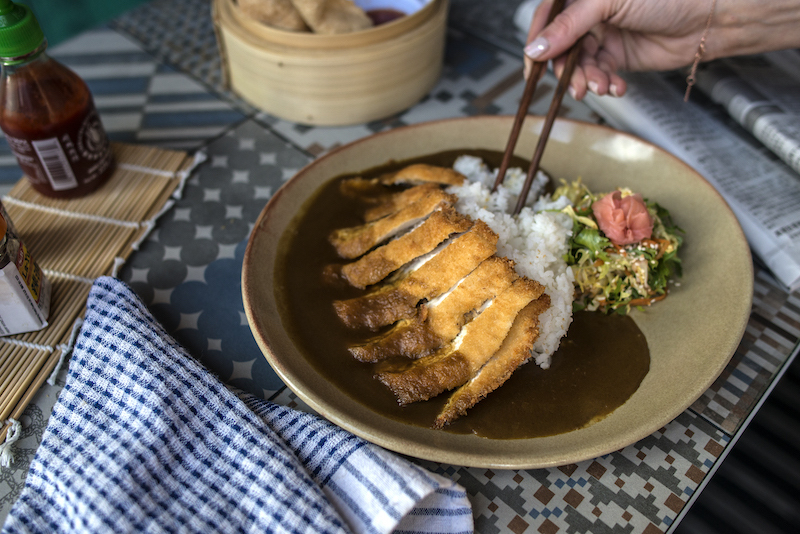 Hot, salty, sour and sweet – Thai cooking is made up of these four notes, almost like an edible concerto. One note may be dominant, but the others are in the background adding depth and balance.

It’s a skill, bringing together the heat of chillies and curry pastes, the saltiness from fish sauce (nam pla), the sourness from tamarind and limes and the sweetness from palm sugar – but Tampopo pull it off so they sing in perfect harmony.

Blow your mind with a fiery chicken pad krapow and authentic Thai food will take the place in your heart it deserves. 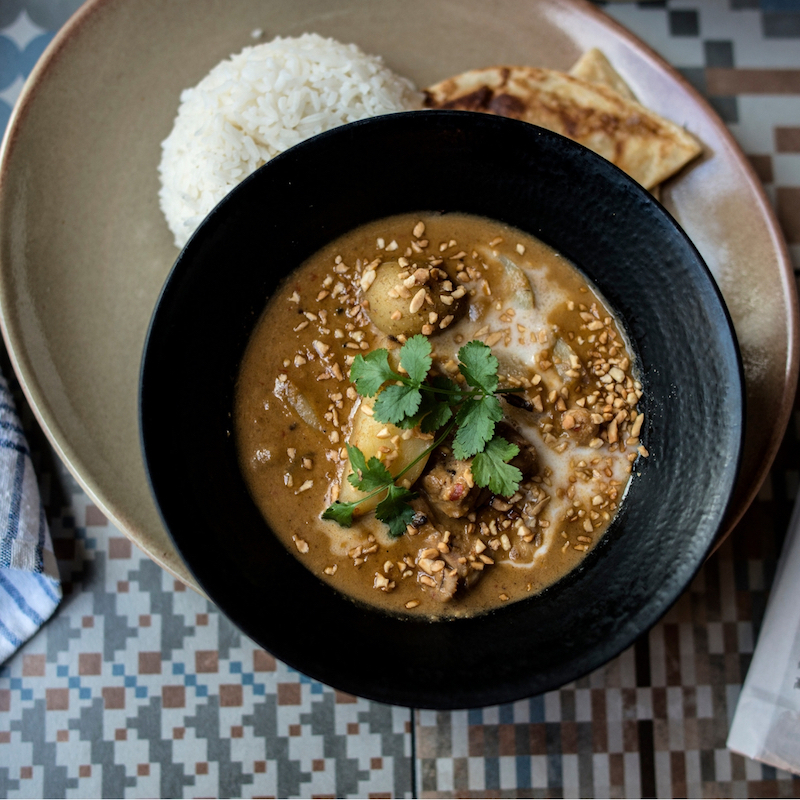 Vietnamese food is fresh and healthy with a focus on the herbs and vegetables which grow abundantly in the lush green countryside. Zesty limes, lemongrass, star anise, Asian basil and chillies are all key ingredients that give Vietnamese food its delicious flavour profile.

Vietnam is bordered by China, Laos and Cambodia and absorbs culinary influences from its neighbours. There is also a notable French influence from the years of colonial rule which comes through in the adoption of some western ingredients like the baguette of the banh mi and in an overall lightness of touch. Even pho, practically a Vietnamese national dish, has a lot in common with French meat broths and stews.

The Vietnamese salad at Tampopo is a great example of the flavours of the country and works really well with added rump steak. It’s a case of ‘Nam ‘Nam nom nom. 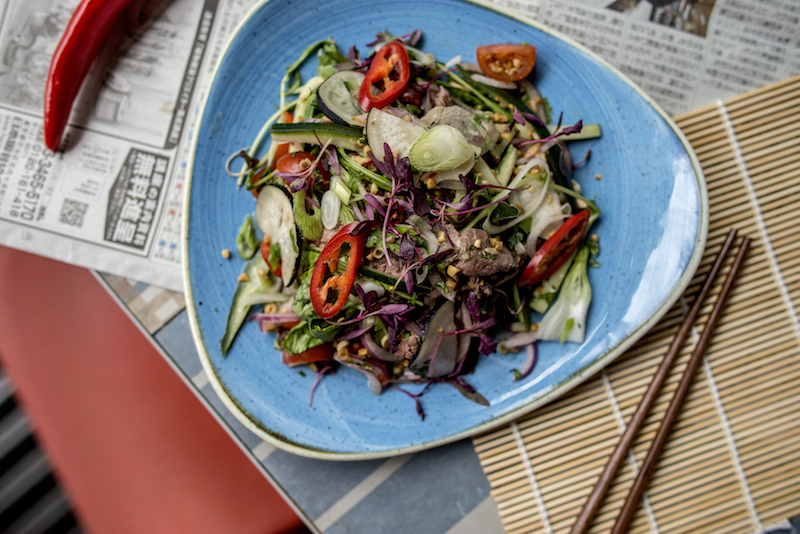 Stretching over 8,000 kilometres and comprising around 18,000 islands, it’s safe to say Indonesia’s cuisine is very varied. However, dishes are marked by a richness enlivened by spicy notes which add a real zing.

Indonesia’s cuisine is influenced by China, India, the Middle East and Europe and is packed full of chillies, aromatic herbs, peanuts, sweet coconut, sour tamarind and the citrussy freshness of limes and lemongrass.

One taste of Tampopo’s nasi goreng and you’ll see fried rice in a whole new light. The popular Indonesian dish is eaten at street food shacks and on porcelain plates in Jakarta’s best restaurants.

Top it with a fried egg to make nasi royale; this really is food fit for a king. 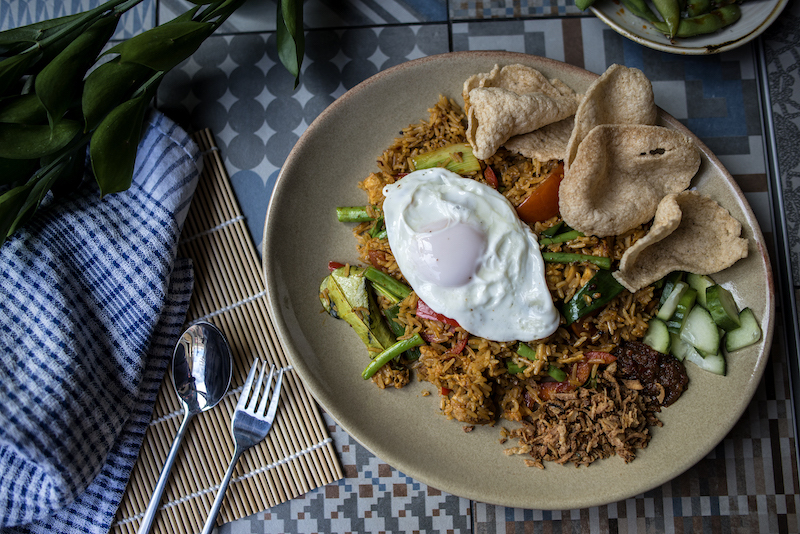 Both Malaysian and Singaporean cuisine is complex and highly diverse reflecting the multi-ethnic nature of the population. Malays, Chinese and Indians are the three main ethnic groups of Malaysia and there are also a number of indigenous peoples too.

Add to this a chequered history with years of colonial rule and now a number of expatriates and foreign workers, particularly in Singapore, and you can see why it’s such a melting pot of cultures.

That’s all to the good – the cooking pot is just as richly diverse. The mix of Malay and Chinese influences have created Nonya cooking – a perfect fusion of the two which come together in dishes like laksa which takes Malay seasoning and pairs it with Chinese noodles.

The vermicelli noodles with pork belly on Tampopo’s express lunch menu are unbelievable value at just £9.95 and with their mild curry flavour they’re soothing and fun to eat. You’ll definitely want more from Singapore. 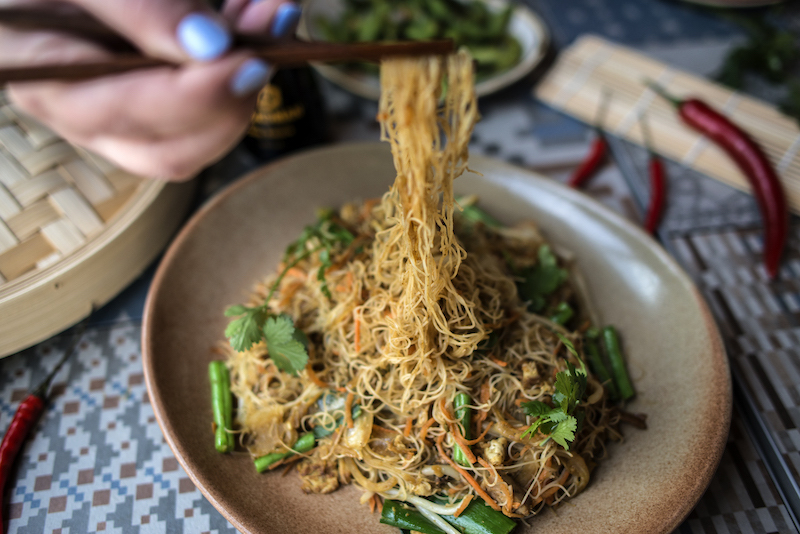