Take a look around Native, the largest aparthotel in the UK

Move over hotels and make way for the hybrid, lifestyle design-led stay

The beds have been made, the cushions have been plumped and the sparkling bathrooms have been filled with environmentally friendly luxury products. Aparthotel brand Native Manchester is now complete and has just opened the doors to its brand new Manchester outpost in the newly transformed Ducie Street Warehouse on the eastern edge of the Northern Quarter.

Ducie Street Warehouse has been reimagined by Native backed by Ares Management, Global Asset Manager, and in conjunction with Capital & Centric. It occupies eight floors of the same vast Grade II-listed Victorian building that is home to CULTUREPLEX, the new social and cultural destination for the city.

Native Manchester will be the UK’s largest aparthotel with 166 apartments offering a range of living spaces, from studios to penthouses with private garden terraces, costing from £76 per night.

The whopping 180,000 square feet space has been re-imagined by Archer Humphryes Architects – the firm behind luxury London hotels Marylebone’s Chiltern Firehouse and the new Standard in King’s Cross. The building’s original industrial heritage is prominent throughout, with towering cast-iron columns, a vast central atrium and exposed barrel arched brickwork and designers had to work within the strict confines set by building regulations.

Even the colours of the paintwork (post box red glossy doors and powder blue painter girders) have had to be specially approved. Builders were not allowed to drill directly into the original brickwork, so special steel gentry’s had to be erected to carry wires and air conditioning systems. There are still plenty of original features knocking about, like huge winches next to windows, which helped to shift cargo from the railways to the canals, which was why the massive warehouse was originally built. Much went on behind the scenes to return this incredible heritage building back to its former glory.

This sort of detail is pretty typical from Native, who takes pleasure in transforming historic working buildings full of character and turning them in to a home from home for guests requiring either long or short stays. Native currently has 16 aparthotels across London and another in Glasgow.

They describe themselves as offering guests ’a new way to stay’ with all the comforts of (a very nice) home with the amenities and services of a hotel. The first floor atrium, overlooking the Cultureplex lounge belongs to native and is covered with soundproof glass. Native plan to host various events up there for guests with local business partnerships and individuals who can provide genuine experiences for its guests such as food and drink operators including Ancoats Coffee, Pollen and Seven Bro7hers.

Each apartment features a fully equipped kitchen, bespoke Conran furniture, giant smart TVs and parquet flooring. One bed studios come equipped with a king sized bed, a bathroom stocked with Bramley products and even a washing machine. There are a variety of different options to suit the purpose of your visit, including two bed apartments, interconnecting rooms for families or groups. Clever touches such as double-glazed crinkle glass screens mean guests can have privacy without losing natural light.

Loft apartments and penthouses have slightly more luxurious touches including blue velvet couches, Royal Doulton crystal glassware and a Nespresso machine. Some have an upper mezzanine while others lead on to a fully furnished outdoor terrace area with magnificent views of the city.

Guy Nixon, founder and CEO of Native, said: “This has been an extraordinary opportunity to take one of the great icons of Manchester’s industrial past and turn it into a major cultural and social destination for the city.

“Manchester is a thriving, culturally rich and fast expanding city so it seems apt that we are unveiling the new breed of Native’s aparthotels here at Ducie Street. We wanted to do something spectacular. As well as creating uniquely spacious aparthotel rooms in this magnificent space, we set out to identify a F&B operator that could bring the vast ground floor space alive by offering something truly unique to the Manchester market as well as to our aparthotel guests.”

This is the reason for the ground floor CULTUREPLEX, which includes the restaurant Bistrotheque, a mini cinema, a ‘Klatch’ coffee counter, and flexible events and work spaces (read more here). Described as ‘a unique community centre and all day hangout’, it is independently operated by restaurateurs Pablo Flack and David Waddington. They also share the space with award-wining fitness brand BLOK with its first site outside the capital, with three studios and classes led by some of Manchester’s leading instructors. There will also be a ‘Northern Flower’ florist in the front entrance. 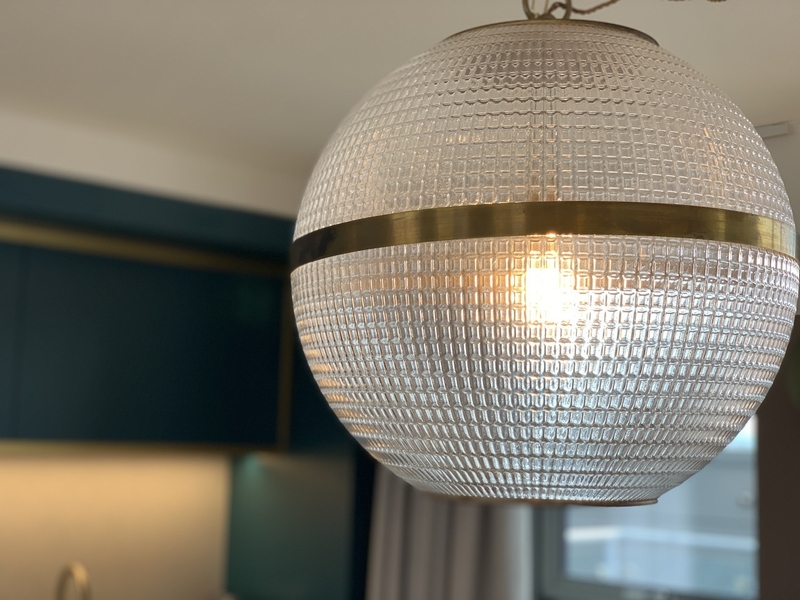 “This is the future of Native and a blueprint going forward”, Hardy Sohal, Marketing & Digital Director, told us. “Cultureplex helps to bring a more immersive experience for our guests. We recognise that this space is for the city and for our guests and it's important to make that distinction that we are not just another hotel.”

He’s right in the fact that ‘serviced apartments’ doesn’t quite sum up what the latest Native is, but ‘hybrid, lifestyle design led stay’, doesn’t quite roll off the tongue…

Germany responds: Jürgen says "thank you" to Manchester
● / Things To Do

Drama of The City: Droning on about Manchester
● / Entertainment