Europe’s largest sushi chain, Sushi Daily, which has more than 700 venues, will open its first ever Manchester site in Debenhams, Market Street, today (21st May.) Having already opened sites in UK supermarkets such as Waitrose, Sainsbury’s and Asda, the in-store concession will be Sushi Daily’s first department store partnership.

Manchester’s new Sushi Daily will be on the ground floor, next to Joe & The Juice, forming part of a wider Debenhams’ redesign strategy, aiming to create engaging and unique experiences as opposed to the more traditional department store.

Founded by Kelly Choi in 2010 with her mentor, renowned master of sushi Yamamoto-San, Sushi Daily creates handmade, Japanese-inspired food freshly made on-site every day. The first Sushi Daily opened in Lyon, France and was the first sushi bar in Europe to open a kiosk inside a grocery retail space. 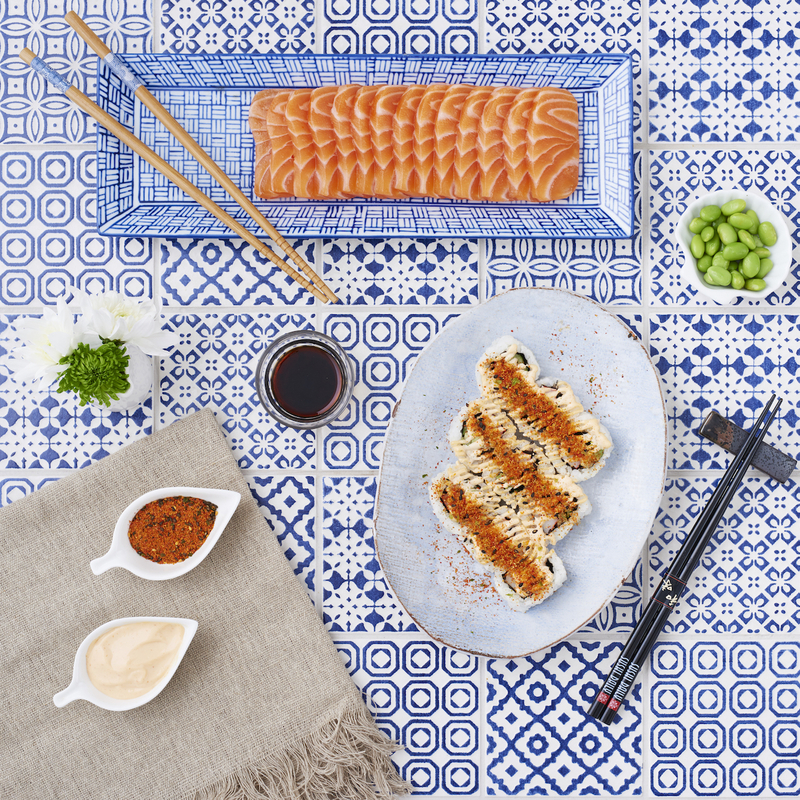 The inventive menu has around 100 options catering for fish lovers, vegetarians and vegans, as well as offering ‘no raw fish’ options. The Sushi Daily menus include authentic maki, crunchy onion topped rolls and spicy shichimi seasoning.

There will be two dine-in menus, exclusive to Debenhams, which include Prosecco in the price. The first is eighteen pieces of sushi with two glasses of prosecco for £15. The second menu includes thirty pieces for three people and includes three glasses of Prosecco for £32.

The new in-store sushi kiosk will offer a theatrical dining experience thanks to an open kitchen where customers can view the chefs preparing whole fish and watch expert sushi-making.

“We’re excited to put down roots in vibrant Manchester and we’re very eager to meet the local foodies,” says Daniel Coole, managing director of Sushi Daily UK. “This is a great opportunity for us to work in partnership with Debenhams, introducing our delicious and innovative sushi menu to the city.”

Sam Shutt, head of external food services at Debenhams added, “the offering adds real theatre to the store and will be sure to excite shoppers whether it’s for a quick snack or lunch. There is something for everyone on the Sushi Daily menu, so it was an obvious choice for us to have in-store. The rise in popularity of sushi and Sushi Daily’s emphasis on freshness, uniqueness and reduction in waste, means that the business provides a different level of care and quality to the rest of the high street and we’re really looking forward to being able to officially welcome the team to our Manchester store this month.”