'Steaks on a plane' - The Steak Out, Bolton, Reviewed 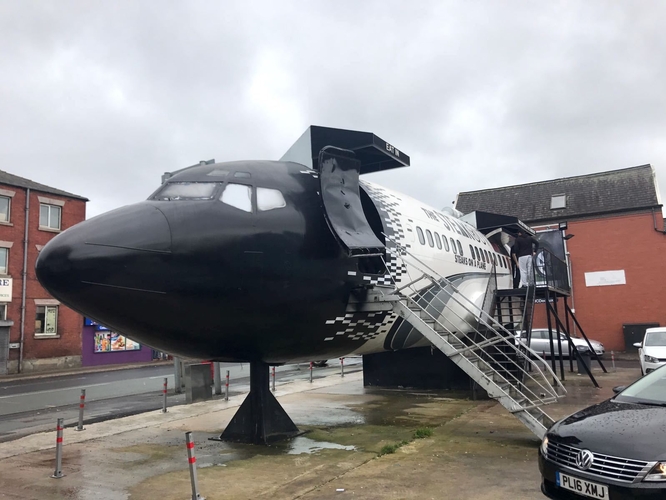 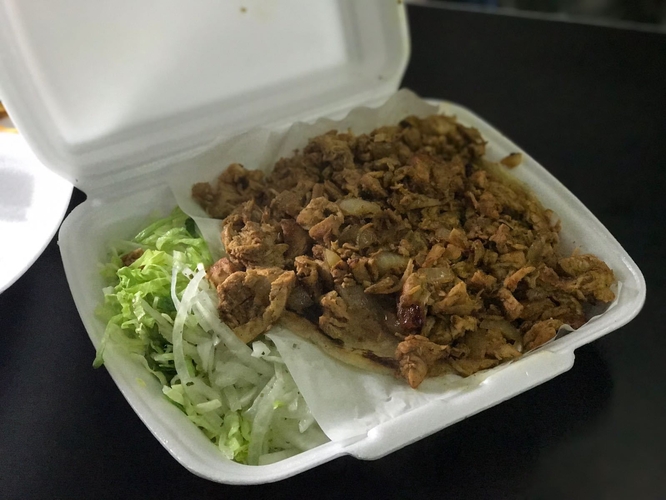 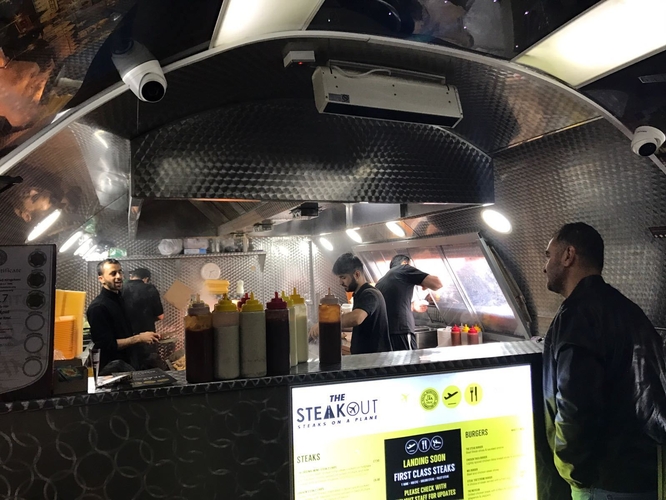 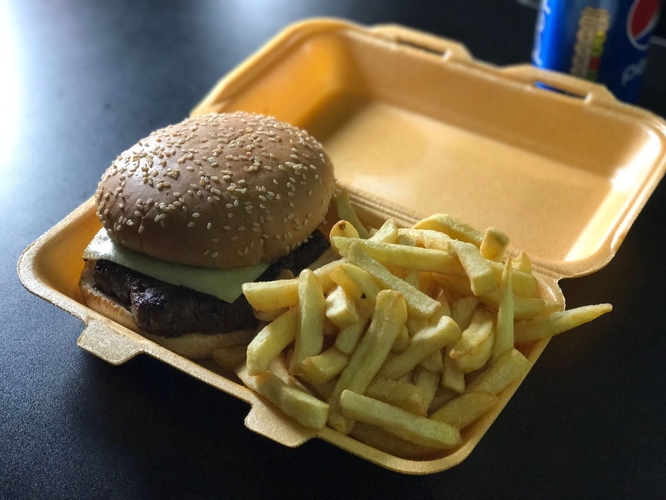 Let’s just leave those words hanging there for a minute, because if you are like the numerous other people I told about this review, you're likely to have the same look on your face. It’s a look that suggests you understand each of those words separately, but are having trouble collating how they work together in a sentence.

As unlikely as it sounds, someone has got hold of the front half of a Boeing 737, parked it on the A676 opposite the University of Bolton’s Technical College, and is selling hot food from it.

This might not be news to some, as it’s been there for a while. Owner Zahid Kadva decided to put a food trailer on a small patch of land by his parents’ butcher’s shop and began serving fast food from a converted red double decker bus. Then in 2015, he traded the bus in for an aeroplane. Where’s he planning to go from here? A space rocket (pollo on A-pollo), a cruise liner (chip on a ship), or perhaps a bakery on an airship (macaroon on a balloon)?

The ex-Russian airliner, or one half of it, currently stands proudly re-painted in black and white livery, complete with steps and a balcony (for takeout from The Steak Out), black booth seating with tables to seat 28 covers and an open plan kitchen. The cockpit is still intact, so you’re welcome to sit in the pilot’s seat, fiddle with the controls and pretend you have the freedom and knowhow to leave Bolton for The Balkans. 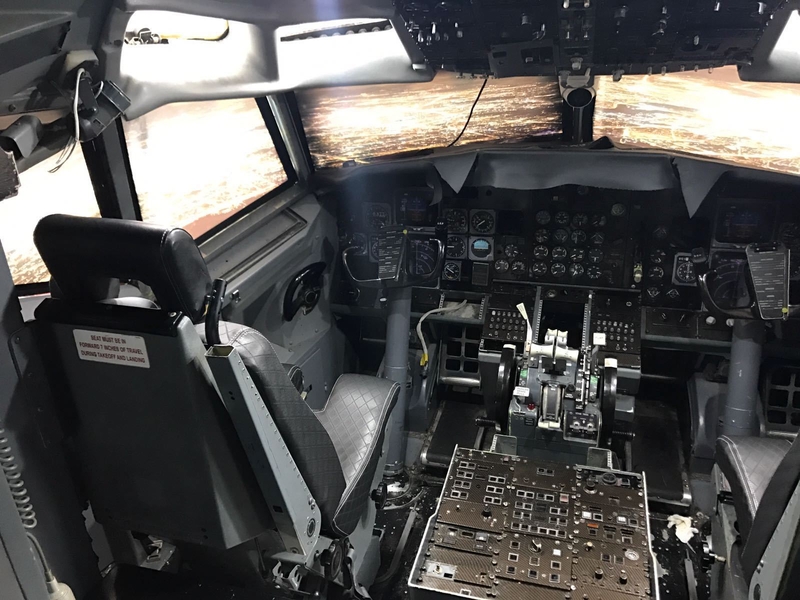 Expect no plates, cutlery or glasses; food is served in disposable boxes, condiments come in oversized squeezy bottles and drinks in cans (80p). There isn’t even a toilet on board. A quote from project manager Ridwan Asmal, of E-sparkle, who helped with the original fit out, suggests he might have been indulging in a little upselling when he said, "When you enter, people are going to feel like they are inside some celeb style plane.” Nope. Not at all. It’s nice enough but not in any way luxurious; more Easyjet than Emirates.

Don’t expect perfectly coiffed air stewards draping you with linen, before serving you high grade beef cuts from the central aisle. You just order at the kitchen counter, find a spare seat and they’ll give you the nod when it’s ready.

This isn’t a criticism, I’m simply telling you what to expect. It’s clean and efficient and a bit of fun. But let’s be clear before I go into more detail; by steaks, they don’t mean Hawksmoor and by burgers they don’t mean Almost Famous. The only vegetarian options are sides or ‘nibbles’ of Jalapeno bombers (£3), onion rings (£2) or fries (£1.20). The intellectual property rights for Courgette on a Jet remain up for grabs.

Polystyrene packed portions are piled high and it’s good value, with three of us filling our boots for £20.50 (less than I claimed back on expenses for driving there and back).

The menu is limited, with only about ten ingredients worked into different variations; steaks, burgers and chicken enhanced with the odd egg, some cheese and a couple of spice blends. The most expensive dish was still less expensive than Hawksmoor charge per bite. At £7.50, ‘The Philly Steak’ was described as thinly sliced beef with sautéed onions, finished with melted cheese, served on ‘a bed of chips’ – something that I recommend DFS start selling immediately. It was functional in a basic no-frills kind of way, but the chewy bits of meat had a tell-tale low budget quality about them. My son’s dining experience, meanwhile, was marred by the fact that he needed a wee (no toilet, remember?).

I can’t work out exactly what the ‘gourmet’ element in the gourmet cheeseburger (£4) was, but it was a larger than average sized beef patty in a sesame seed bun with more of ‘a bedside table of chips'. In an effort to try and order something different, we got a chicken paratha (£6). It would take me less time to clamber up Everest than it did working my way through the huge pile of spiced chicken to reach the buttery and flaky paratha underneath. This was a mighty feed that provided so much sustenance, I could only manage a Penguin biscuit and a cup of tea seven hours later.

This place was busy, unsurprising given the prices and portions. They were in the process of griddling chicken for a massive take out order when we arrived, with a constant flow of families and groups filtering in. Every seat remained at body temperature, such was the frequency of new bottoms. Look, this place isn't going to blow your bonnet off, but if you're after cheap, carnivorous, fast food in the fuselage on an old Russian carrier jet, and have the adequate bladder discipline, then this will do you nicely.