Sleuth is always on the look out for new culinary experiences so he was delighted to see this take-away addition to Oxford Road called Sweating Chickens. He went inside and was greeted by a huge chicken pacing up and down behind the counter with perspiration dripping off its beak. It clucked a greeting and said, “Jeez, but it’s hot in here.” Sleuth ordered some food but the chicken completely messed up the order. “I feel like a total cock,” said the chicken when it discovered what had happen. The chicken had egg on its face but Sleuth didn’t think there was any fowl play. 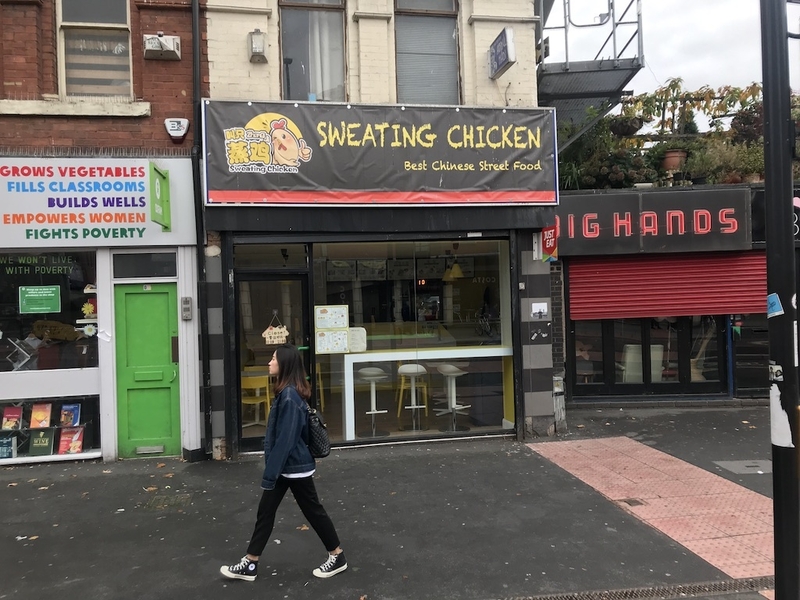 Sleuth went to visit his son in Newcastle. He took a Saturday train from Manchester Piccadilly. The train guard, sporting the campest voice since Kenneth Williams, announced: “We are departing four minutes late. You’re lucky. The railway system is a total shambles but this time it’s less of a shambles than usual - by about five per cent. So please sit back and relax or sit back and worry, the choice is yours.” As we reached Huddersfield he said, “This is my lovely home time. I would like to remind passengers that if they are leaving the train at Huddersfield to please mind the gap - between expectation and reality.“

A bridge too far

Sleuth was looking round the fine public works at Ordsall Chord with the designer Peter Jenkins and guests. “This is a world first,” Jenkins said proudly. “It’s an asymmetric network bridge.” Later Sleuth and Jenkins went to the Oxnoble pub for a drink. On the way to the bar, he nodded at some of the other guests who’d also gone for a beer and then overheard one say to the other, “Wow, so glad I’ve seen the first parabolic working bridge.” The other replied, “It’s not called that, it’s the first biometric flexible bridge.” Sleuth leaned over and said, “it’s actually an asymmetric network bridge.” “That’s not what he said,” they exclaimed.

This sign was in the Old Nag’s Head on Lloyd Street. How quaint, thought Sleuth, as slipped on his virtual reality goggles. 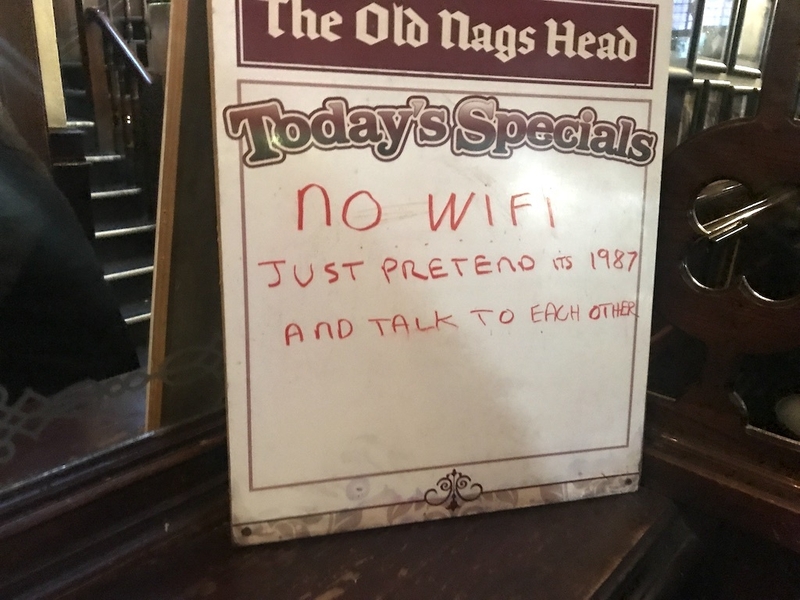 Sleuth's surprising statement of the week

Sleuth had some elderly Japanese visitors in town. After entertaining them they left and a day later he got an email from the interpreter. ‘The guests told me that young people in England are much more polite than in Tokyo. They always give up seats in trains, buses and tubes, as soon as they see senior people. It never happens in Tokyo these days’. Crikey, who'd have thought it?

Sleuth had to laugh at the news last week that Happy Monday's maraca-monkey Bez had been disqualified from BBC show Bargain Hunt for cheating. Apparently, Bez's girlfriend had taken part in the auction and bid on his lots, buying both a mirror and turntable, thus ensuring his victory with a mighty £8 profit.

Bez said: "My girlfriend thought she was helping out."

The show's executive producer said: "They are rock and rollers and they live on the edge."

Buying antiques and fiddling Bargain Hunt. It doesn't get much edgier than that, thinks Sleuth. At least he'll get some use from that mirror.

Sounds like she had a shit time. What a party poo-per. She needs to have a turd with herself. Sorry, word.

Unusual incident @WHP_Mcr last night. A female decided to stand on the portalaloo seat and squat to use the loo...until her foot slipped and went through the hole. Messy ending #Whp18
— Sacha Lord (@Sacha_whp) September 30, 2018

Looks like this Halloween tree had a big night in St Ann's Square on Thursday. The first photo was taken Thursday evening. The second was taken on Friday morning. We all get deflated sometimes.

When enough is enough

When they look back in 100 years, they'll say that this is where the revolution began...

Sleuth's kitchen which looks like the new £110m Factory  arts centre of the week.