Week 27: in which Sleuth doesn’t get offered food by a fat lady on the train

That's it. We've done it. We've actually done it. Manchester has just scooped the award for 'World's Most Disgusting Corner' at the meeting of High Street and Church Street, snatching the title away from seven time winner, the corner of Dogshit Drive and Smoking Cough Phlem Alley in Detroit. Sleuth spoke to a local councillor who said: "This is something we've been working towards for a long time, by cutting street cleaning down to once every five years we've managed to make some areas of the city looked as though they've been repeatedly driven over by the 4th Panzer Division."

Elsewhere, in Piccadilly, an 87 year old woman has sadly passed after becoming stuck to a large piece of gum dropped next to a bin in Piccadilly Gardens in 1993 which had melted in the sun.

Hendo on the Parkway

Sleuth was scooting between blessed Chorlton and bounteous Didsbury when he saw England footy player Jordan Henderson on a wall. Odd thought Sleuth, to have a player who plays for Liverpool given a mural. Sleuth went for a closer look. It turns out it wasn’t Hendo but the somewhat over-celebrated in Manchester, Alan Turing.

Turing was a great computer pioneer, but only spent six years in Manchester before his suicide, yet has more commemorations in the city than anyone else. There is a road and a building named after him, a statue, several murals and several of the bees in the forthcoming Bee In The City event. There may be two buildings named after him actually. Maybe, should the England adventure continue in Russia, Hendo will get a real mural, rather than a look-alike one. Or maybe it was Hendo who cracked the Enigma Code.

Editor-at-Large Jonathan Schofield wrote an article this week praising the changes in Peel Park, a short walk out of the city centre in Salford. Sleuth went for a look, loved the park, and amongst the artworks found this. It’s an artwork titled ‘Off our Trolleys’, concerning ‘the obsession with consumerism in the 21st century, but also the demise of the independent grocer in favour of the supermarkets’. Nah, not really. Sleuth is lying. It was just a trolley left by some lazy sod who had filched it then abandoned it in the park. Slob.

Sleuth is a fan of Brutalism, in small doses. And while this building on High Street isn’t the prettiest, it marks a time in architecture that we may not wish to recreate, but is still part of the story of UK cities. It’s now set for demolition.

If it goes The Ruby Lounge will go too, another live/club venue biting the dust. There have been some memorable times at The Ruby Lounge, but the weirdest, and possibly the wrongest, was a few years ago with a regular lap-dancing night. But not any lap-dancing night, oh no, this was Goth lap-dancing. Careful with that safety pin and all that. Still, anybody interested in costume and role-play might want to book tickets for 29 July. Yea, it’s the Comic Con after show party, until 4am. Sleuth’s going as a Private Detective. It’ll suit him.

Sleuth was buying screws, fishing rods, trowels, bbqs, torches, speakers, reading glasses, candle stands and so on from Clas Ohlson, the hardware shop in the Arndale with the most amusing diversity of stock outside a pound shop. He saw some St George’s Cross England flags for sale for £4.99. How very ecumenical of this Swedish retailer, thought Sleuth, in the run up to the World Cup Quarter Final between the two nations. Although given some England fans are calling to boycott IKEA, maybe Clas Ohlson were just being prudent.

Sleuth was on the train back from Liverpool to Manchester. He had secured a precious table. At Warrington a lady of very generous proportions got on and sat down opposite Sleuth. She started talking to sleuth as though they were old chums. She said she worked in the NHS and advised people on diet and healthy living. Sleuth was a little taken aback by this, given the scale of the lady. The woman then took out a packet of Ritz biscuits. Sleuth eyed them hungrily. His new friend ate them all in the twenty minutes it took to get to Piccadilly. She didn’t offer him a single one. That must be how she advises people on health, thought Sleuth, she eats all the food and they diet by watching her.

Sleuth sees them every day. They must have been there over a year. Metrolink engineers sit or stand where Windmill Street meets Lower Mosley Street at the back of the Midland Hotel. They keep messing with hardware in some gubbins under a manhole. “Why do you keep doing that?” asked Sleuth. “The points keep sticking here and we have to operate them manually,” said the workman with a shrug. “When’s it going to be fixed?” asked Sleuth. “Who knows?” said the chap with a sigh.

Sleuth's f*** that for a game of soldiers of the week

Here's three blokes in a cage being lifted by a tower crane to the top of Manchester's new tallest building. All together now: "fuck that for a game of soliders". 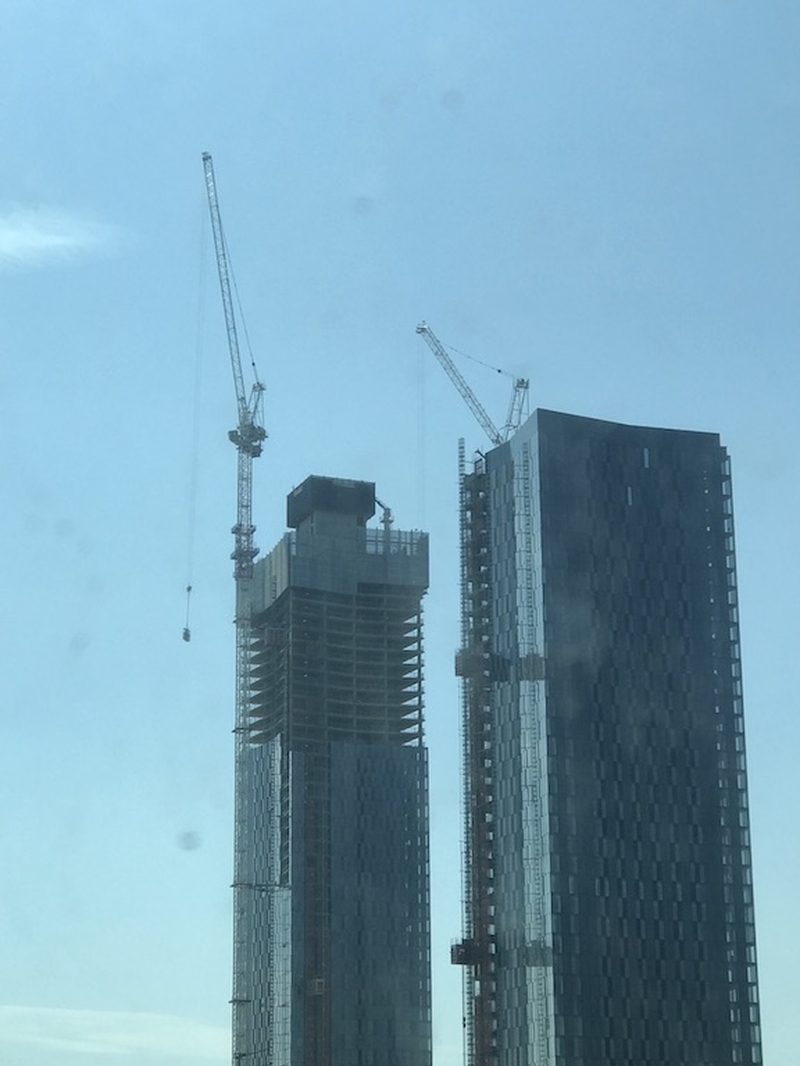 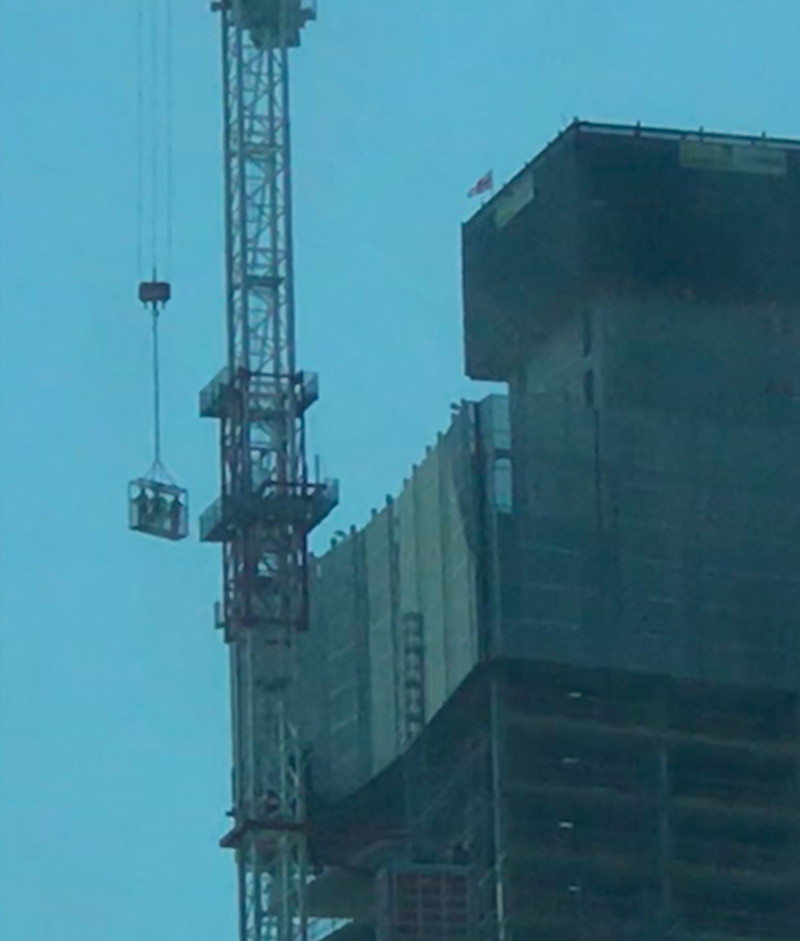