Week 24: in which Sleuth attempts to break an unbreakable PR code

Sleuth likes multi-storey car parks. This is known to academics as ‘multi-coenaculumphilia’ and to his friends as ‘weird’. They are perfect viewing platforms. His joint favourite in the city centre is the one next to HOME arts centre owned by QPARK. He likes to slip in behind people who’ve parked their cars and take trips to the 8th floor where glory be, the city and its surrounds open up like a treasure trove. This week he’d been up two minutes when a man in a QPARK van appeared and told him to leave. “Why?” said Sleuth. “If you don’t have a car parked here, then you’re trespassing. Would you go into someone’s house and start taking pictures?” the man said abruptly. “No, but I’m not sure if it were my house I’d let 700 cars from Joe Public park inside it. And charge them for the privilege. Your analogy doesn’t work,” said Sleuth. He was chased off all the same by the QPARK man. QPARK is a Dutch company which clearly does not embody that famous Dutch tolerance.

Sleuth was at Restaurant magazine’s Top 100 UK restaurant awards this week, where he caught up with chef Michael O’Hare (pictured right), the man behind Leeds’ Michelin starred restaurant, Man Behind The Curtain, and Manchester’s new ‘space-age Asian’ restaurant, Rabbit in the Moon.

Sleuth and O’Hare were discussing plans for his next two restaurants in Manchester - The Man Who Fell To Earth and Are Friends Electric, which will open in the former Stock Exchange building once Gary Neville’s property team have finished the refurb – when the chef let slip his latest project. “It’s going to be a sort of quasi-oceanic middle-Jurassic period take on a sausage and egg barm with brown sauce. We’re going to call it ‘The Man With A Yellow Schweppes Feather Sticking Out Of His Head Stood Next To Mimi From Shameless”.

Sleuth was entertained by Maggie Tooley’s rant at the bottom of the editor-at-large’s review of La Torre in Urmston. She wrote: ‘Hmm! Looks like the self-opinionated pompous arse know (sic) as Schofield has overdosed on his pomposity pills today...’ Sleuth went to ask Jonathan Schofield about this and found him stretched on the Manchester Confidential chaise longue with his brocade smoking jacket reading the poetry of Oscar Wilde. “Oh really my dear Sleuth, do you think I have time to respond to childish semi-literate trolls who wouldn’t know a great sentence and well-written piece even if it appeared on their favourite reality TV show, naked.” With that Schofield adjusted his monacle, turned a page and instructed the intern to fetch him another vodka martini.

SLEUTH AND THE UNBREAKABLE PR CODE

An email dropped into Sleuth’s inbox this week. He reread the email, then again, then another seventeen times. Sleuth couldn’t make heads or tail of it, so pulled in a semantics expert from Manchester University, who, having studied the text for three days, thought it best to pull in the best and brightest code breakers from RAF Menwith Hill. Having run the text through their most advanced decryption technologies, getting nowhere, one code breaker turned to Sleuth and said: “We’ve never seen anything like this before, it’s unbreakable, but we do have one theory: it’s just another bar serving cocktails and craft beer and pizza. Now, can we go to the pub?”

Sleuth thinks perhaps you can help. Here’s the email:

‘Join with us in the celebration of the impossible made possible. Manchester is the city of achievements, where from impossible circumstances greatness has manifested. So we’ve created a home for the city's impossible people - a temple for triumph - a monument to madness and church for worshipers (sic) of the unseen made seen. We’d love to share with you our impossible dream made real at our launch on Wednesday 21 June from 6pm.’

Carol Patterson of OMA architects gave a presentation at the Manchester Architects Symposium on Monday. OMA are building The Factory, the vast multi-platform £110m arts venue, down by the River Irwell in the new St John’s neighbourhood. Her presentation included images of Granada TV, Coronation Street, The Hacienda, Anthony Wilson, The Buzzcocks and many other familiar pop culture icons of Manchester. Patterson is American. It struck Sleuth that maybe our pop culture isn’t quite so well-travelled as we thought when as she clicked through the images, she suddenly said, “These are clearly important for Manchester but I don’t know anything about them.” A thousand Hacienda club nights weep. Dave Haslam and Peter Hook swoon. People angrily paint over hazard stripes.

SLEUTH AND STRANGENESS IN STEVENSON SQUARE

Sleuth has been sent this picture and asked to interpret it, particularly the shapely feminine legs raised high against the window of this Stevenson Square building. Sleuth can’t work it out at all but he’s been banging on the door of that flat for ages now. He wants to get to the bottom of it.

SLEUTH’S FACT OF THE WEEK

Sleuth was walking along Deansgate and heard the merry tinkle of a piano. There was a jolly little rotund fella playing Mozart on the instrument outside Forsyth music shop, the city’s oldest retailer from 1857. Sleuth paused to listen and the man said, “Did you know that this shop has the largest piano showroom in the UK?” The man pointed to the sign on the side of the piano and resumed his Eine kleine Nachtmusik. Entertained and informed Sleuth skipped away down the street drawing stares of admiration from all points. 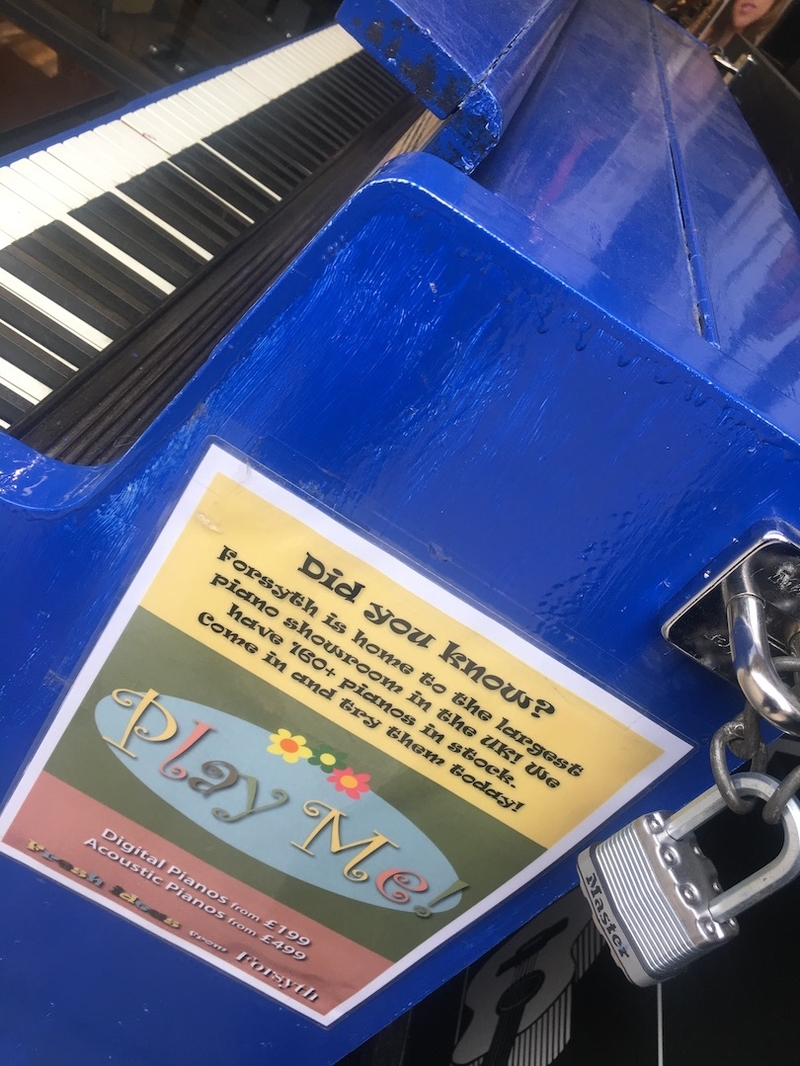 SLEUTH & THE WEIRDEST PHOTOBOMB EVER

Sleuth always enjoys Confidential's annual Parklife gallery, but not as much as he enjoys being too old to be there. As usual the Confidential team captured a wealth of weird and wonderful characters in attendance, but none quite as weird as this fella doing the rounds on Twitter. The Confidential photographers said he almost bit their arm off to be included. 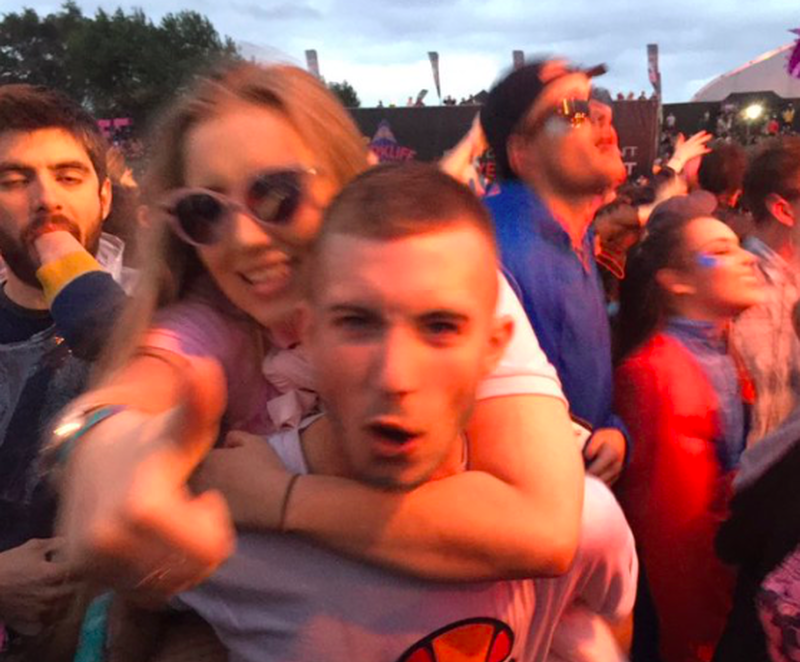 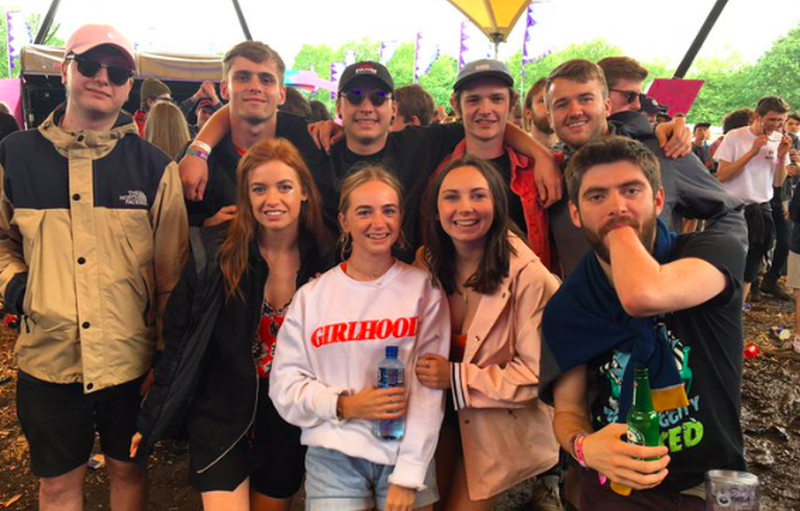