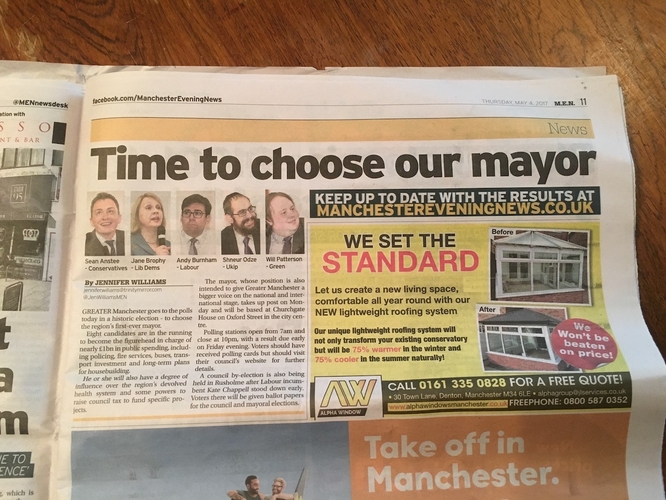 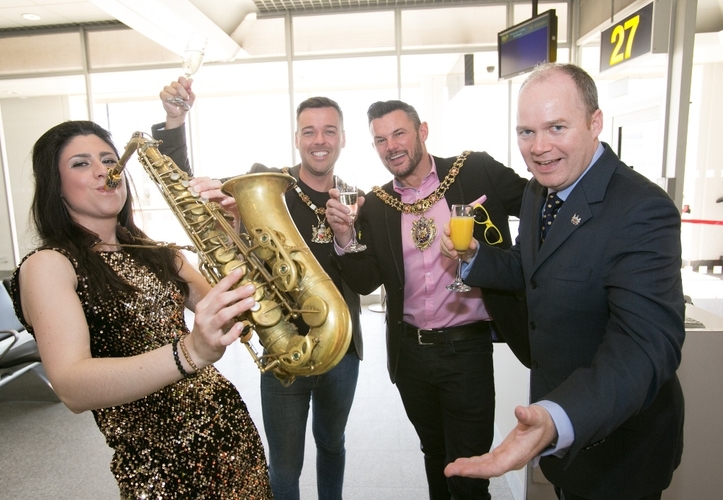 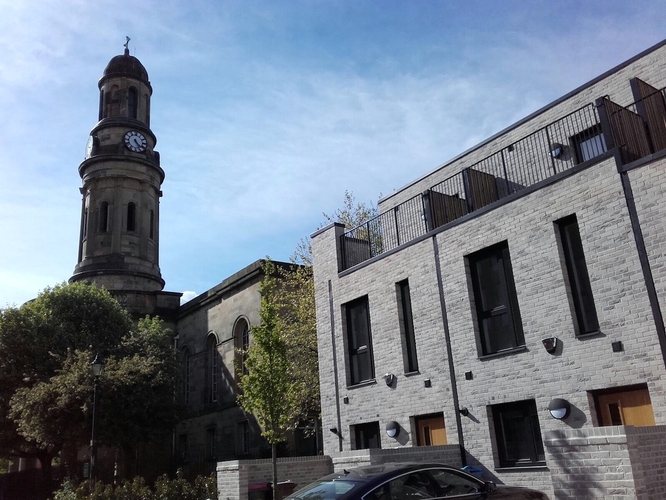 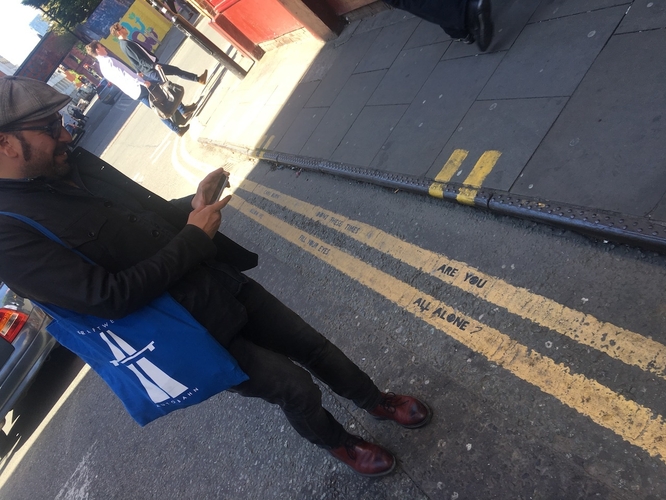 Week 18: in which Sleuth gets Spanish journos high

On the eve of the Manchester Mayoral election result, Sleuth was somewhat surprised to see current Lord Mayor, Carl Austin-Behan, jetting off to Mykonos for the weekend, on board Thomas Cook’s inaugural flight out of Manchester. "I'd love to spend six hours at the count in Manchester Central on Friday afternoon, I really would," said Austin-Behan, "but as part of my ceremonial duty to the city it is pivotal that I spend Friday afternoon laying on an inflatable lobster supping Pina Coladas. Let me know how it goes eh..."

Thursday: and the biggest change in regional politics for a couple of generations with the election of an elected mayor across the whole of Greater Manchester. The MEN had a headline of ‘Time to choose a mayor’. It was on page 11. It was a quarter of a page next to an ad for a roofer. The ad led with the line ‘We Set The Standard’. Page 11 for such an important decision? That’s setting the standard very low.

This from the New Statesman on Thursday:

‘Greater Manchester heads to the polls to elect its first ever metro mayor, one issue has been hanging heavily over the campaign - the homelessness which has risen unchecked in the region for more than five years. Last November, 189 people were found to be sleeping rough across the region, up from 134 in 2015.’

Hold on…. an increase of 55 people since 2015 over the entire region? Sleuth reckons there’s probably more than that on the stretch from Piccadilly Station to Deansgate. The problem is that this data is usually compiled on a one night walk around or by estimates from the council. Sadly, Sleuth thinks the challenge facing the new mayor is much, much greater.

Manchester will host the city’s first ever Brazilian Food Festival on Saturday 20th May. Lovers of the South American country can enjoy a variety of traditional dishes from more than 20 stalls, caipirinha cocktails and energising guaraná along to the sounds of live Brazilian rhythms and dance groups. So where would be a suitable location for the food festival? How could the people of Manchester really connect with Rio’s vibrant night-culture? One that comes from a desire to put aside the hardships of living in overcrowded, uncared for slums? Well, the festival will take place between 1-7pm at Britannia’s Sachas Hotel. The hotel that has inspired various recent Trip Advisor comments including “would stay again if desperate”, “hell hole is a good name for that place” and our personal favourite, “please don’t stay alone!” Tickets are only £3 and can be bought in advance or at the door; children under 12 free. There is no obligation to stay overnight.

Sleuth was bored and a little annoyed by the news that the University of Manchester had signed-up three new tenants for the newly launched University Green on Oxford Road: the first, Five Guys, an American burger chain; the second, Loungers, a slightly upmarket Wetherspoons-type chain with a burger-heavy menu; and a Co-op, which probably sells those microwavable Rustler burgers. And booze. And fags. And guess what’s next door, yep, a sodding Pret. Sleuth despairs at the unoriginality, and this from a University, of all places. May as well be Piccadilly Gardens. Actually, at least they’ve now got Shoryu and Bundobust. Ok so it’s a bit spicey down there these days but at least they’re trying. They’ve fixed the fountain and everything. Worse yet, mere months before the same University published a study linking obesity to a 50% increased cancer risk and sleep deprivation. It’s enough to make you lose sleep.

SLEUTH’S BRICK DISH OF THE WEEK

Sleuth is delighted the brick used in Timekeepers Square (our best small residential development of the last ten years – click here) is called Smoked Branco Wienerberger. When Schofield, the editor-at-large, told this to Gordo, the eater-at-large, Gordo said, “Really, didn’t I have one of those at the Christmas Markets, topped with salsa?” Sleuth reckons this might be the case, when Gordo is hungry he could polish off a brick no problem.

SLEUTH’S OLD SONG OF THE WEEK

Sleuth was on a tour from Salford Art Gallery to Chapel Street on Bank Holiday Monday. He got talking to an old timer in his seventies who recalled a ditty from his school days which was all about building identity and a sense of pride. Sleuth thinks there should be more of this sort of stuff today. So all together: ‘If you want to be healthy live in Adelphi/ There’s wonderful sights in Irlam o’th’Heights/ I don’t care in the least/ If you put me in Weaste/ Because Salford’s the place for me.’

Sleuth was touring the city with two Spanish journalists. Xavi, the editor of Icon Magazine in Madrid, is a proper Mancophile. He loves us and he loves the history and the footy. And the music. Just after gazing at the mosaics on Afflecks Palace and remarking about the Ian Brown image and how he liked the Stone Roses, Xavi found the Stone Roses parked on double yellow lines. Legally. Probably. Some fanboy has written the chorus of Made of Stone right there on the sunshine yellow outside Evuna restaurant on Tib Street. Xavi was delighted and started singing along. So all together: ‘Sometimes I fantasise/ When the streets are cold and lonely/ And the cars they burn below me/ Are you all alone?/ Are you made of stone?’

After the double yellow Sleuth took his Spanish journalists to the top of the Shude Hill Transport Interchange because he knows how to show people a good time. Gianfranco, the photographer, looking across the city to the Pennine hills, said, “This is such a beautiful city.” And my oh my, in the clear sunshine, didn’t it just look it.

Sleuth is looking forward to Manchester’s own Alphabet Brewing Co (ABC) launching their brand new weekly Brew Tap and Food Yard on Saturday 6th May. The regular shindig will boast a roster of the finest local street food, along with their excellent range of beers and a soundtrack provided by Pasta Paul and guests. According to a press release Saturday’s traders will include Dim Sum Su, Oh My Glaze and a bit of con-fusion food from Proove Pizza who will apparently be serving traditional 'Nepalese Pizza'. Unless they’re getting their mozzarella cheese from buffalos roaming on the tops of the Himalayas, or using Katman-dough, we’re assuming they mean Neapolitan. Looks as though ABC need some help with their ABCs.

SLEUTH & THE MOST RURAL ACCIDENT EVER

From the BBC this week:

'A potato spillage blocked roads after a smash involving two lorries in Cheshire.

'One of the lorries shed its load of spuds in the crash near Knutsford and police said it took three hours to clear the road.

'"They filled the carriageway," said bee-farmer Henry Baxendale, whose farm is close by. "I didn't see any injuries but there were a few bruised potatoes."

'A police spokeswoman said: "One man tried to sweep them up but he failed."

Later on, Old Farmer McGinty, who was chuntering past on his trusty Massey Ferguson, said: “Aye, was ‘oping to reach Plumley t'shift this trailer o'turnips, but s'pose it’ll ‘av to wait. Speakin' o'plums, Mrs McGinty might ‘av mine off if I’m not back 'fore supper.”