Seven of the best things to eat around Manchester - July 2019

This month it’s all about buffalo burgers, Sardinian seafood and chilli crabs

We seem to be going heavy on the protein this month with our writers planting themselves firmly in either team fish or team meat. As you’d expect from a city featuring restaurants with such cultural diversity, our tastebuds have travelled across Europe and the Far East to return with some inspiration to help inspire your July eating plans.

Here are the dishes The Confidentials team recommend are worth the trip for this month. 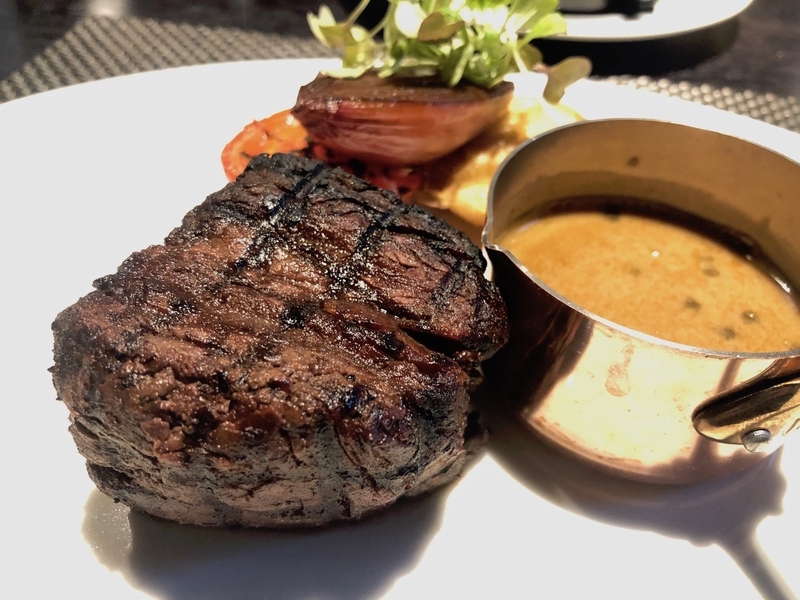 Manchester’s new Dakota hotel has much to recommend it. Extraordinary good looks, a canal-side location and Hugh Jackman as a regular, are a few of its strengths. Food, on the other hand, is comparatively lacking in panache with one major exception - steak. They claim their steak is the best in town, and this fillet tastes like its been cooked by Drogon from Game of Thrones. It's hewn from fire, with caramelisation and perfect dry ageing. Sure, it’s just a steak, but with flavour this good and exceptional sourcing (Dakota’s grass-fed beef comes from Donald Russell, AKA ‘Scotland’s Finest Butcher’) Hawksmoor might just have a rival on their hands… Ruth Allan 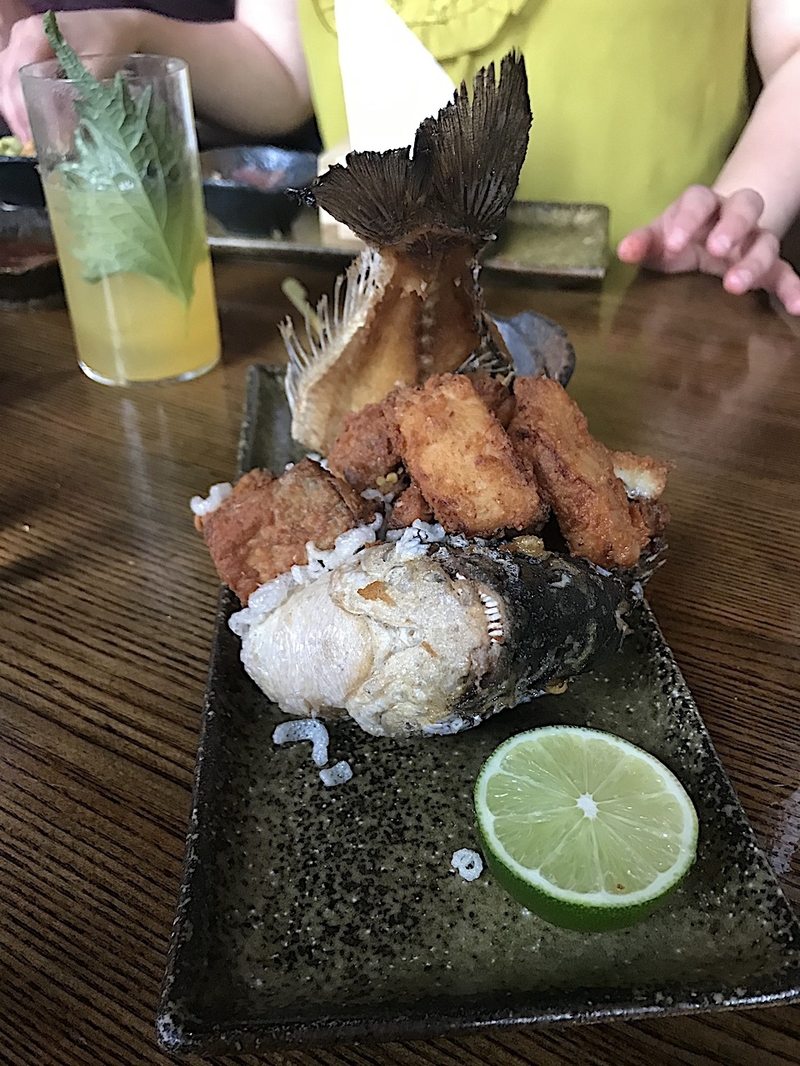 I have perpetual food envy. So when I panicked and decided to forgo this dish for the ‘safer’ salt and pepper squid, I was secretly thrilled that my friend had ordered it. Even more so, as it was the last element of his order to arrive, meaning that he was more willing to share and I was only too happy to oblige. I wonder if it was brought out last intentionally, to give it the fanfare it deserved. Several of us gasped on its arrival, I’m not ashamed to admit. Presented in a Dahmer-esque basket made from its grimacing previous owner, the flesh of the sea bream was perfectly cooked under the crisp karaage coating. A cursory dip in the accompanying ponzu sauce cut through the richness, but even with my condiment-obsessed palate, I was happy to polish it off just as it was.  Kelly Bishop 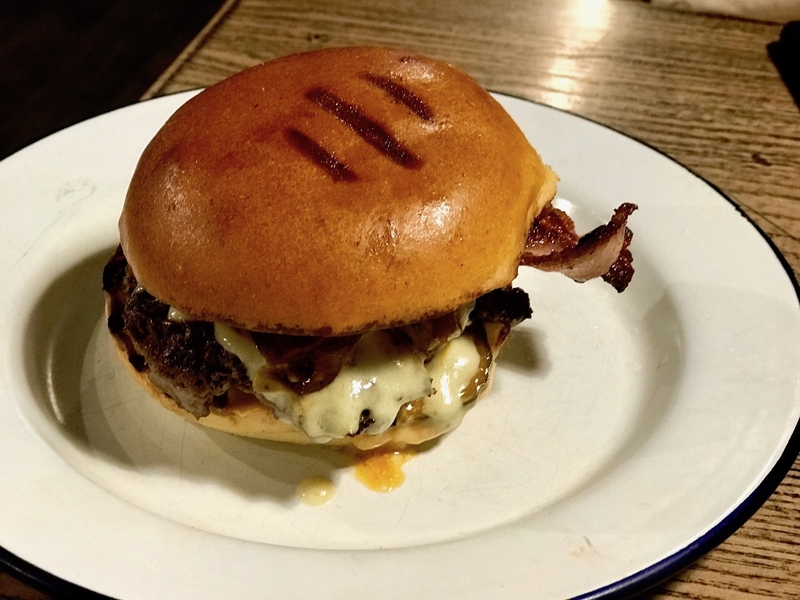 In its own way, this entry for best dish is really rather retro. Remember when all anyone could ever go on about was burgers, burgers, burgers? And yet it's been a while since the humble yet satisfying diner treat has received any airtime on the 'best dishes' list. Given the speeded-up cycling of food trends I reckon it's now time for a 2015-2016 revival and so I recommend this little number from Mustard in Sale. With a substantial patty dripping in blue cheese sauce and that insouciant flick of bacon, it's like the last four years never happened. Now all I need is Bruno Mars threatening to 'funk me up' and a general election and it's like stepping back in time...Lucy Tomlinson 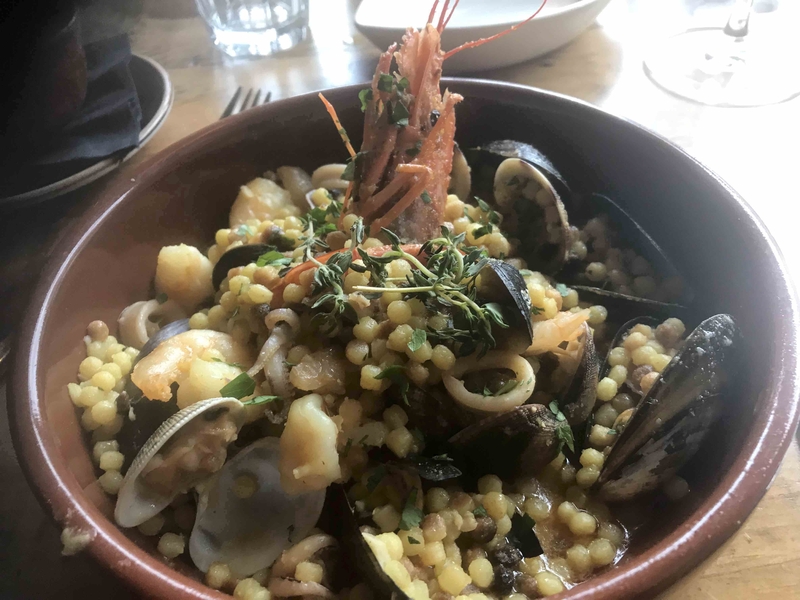 Sardinian serendipity, let’s call it. Blown away by the wines of the island, made from indigenous grapes such as Vermentino di Gallura, Turiga and Cannonau, I came to the food as an afterthought. The whites in particular are distinctive. What’s the best dish to accompany a Torbato di Alghero, such a herby, zesty minerally mouthful? Salvatore came up with a Sardus seafood speciality, featuring fregola, a larger fluffier cousin of couscous, nuttier because the semolina base is toasted. Infused with heady saffron (from Sardinia naturally) it teemed with prawns, squid and mussels. A match Med in heaven. Neil Sowerby 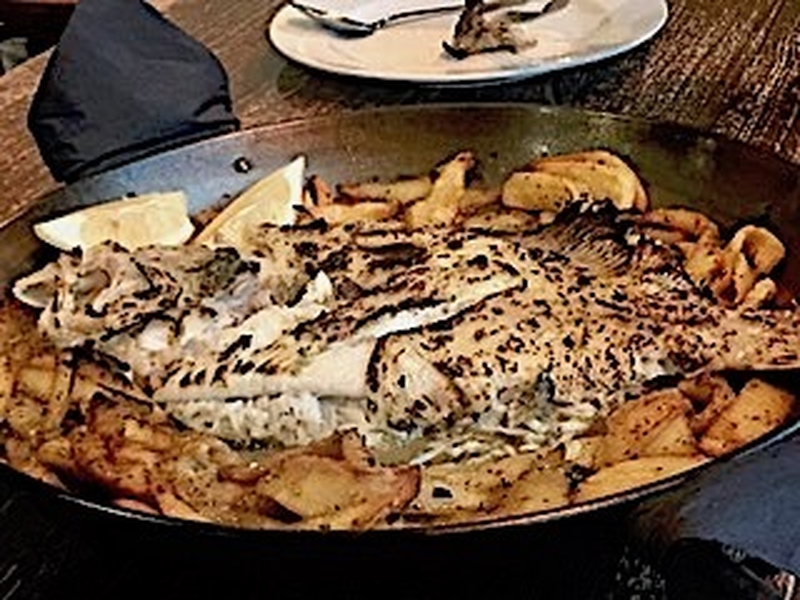 Tinto is a Spanish Asador restaurant owned and run by Natalia Esquerdo and Nacho Perez in Didsbury.

Gordo and friends, all three pints in one Friday evening, ordered a whole wild turbot, baked on top of crisp, well-seasoned and herbed roast potatoes in a large pan that had been cooking over, under or besides hot coals or special wood.

This results in the king of white fish being delivered succulent, sticky, brimming with the flavour of a fish that has happily grafted for years earning it’s living in pristine ozone filled seas, shagging away all day long only to break off every so often and have a good munch on shrimp, crabs, squid and lots of other little tasty fishes, washed down with a glass of chilled vino.

Nacho knows his way around the Asador technique like George Best used to know his way round a football field, delivering, with this dish, a spectacular winning goal.Savour it. Not the least because it’s sold by the kilo and can cost over eighty quid. But, it will feed three or four of you. Gordo 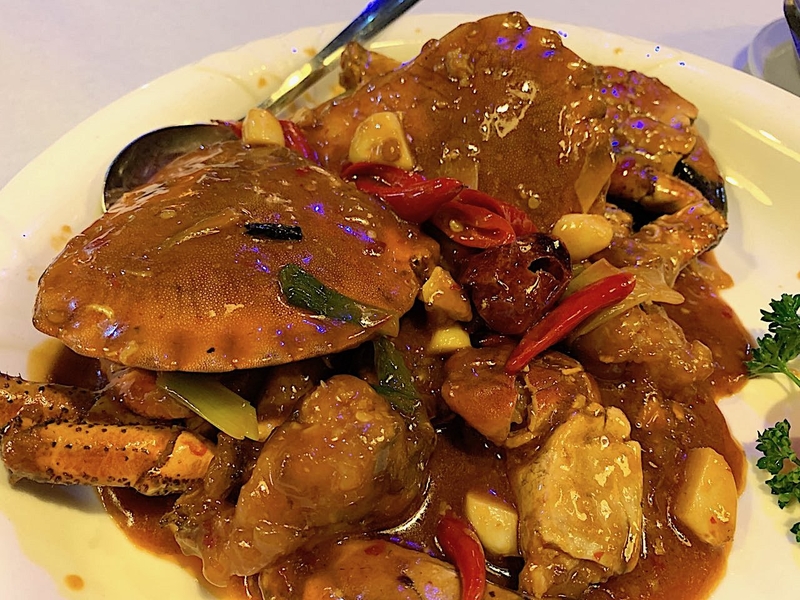 Every now and then I go to Hunan Restaurant for a crab treat laced with chillis, garlic and spring onion. The crabs in this dish come immersed in a hot-as-hell stock and break and flake beautifully, under the combined assault of pincers, crushes, jabbers; and all manner of a seafood torturer’s paraphernalia. The vivid colour of the dish, it’s gaudy glamour, would make a kaleidoscope blush. It takes ages to eat and you leave covered head to foot in stock. It all boils down to a completely enjoyable experience. Jonathan Schofield 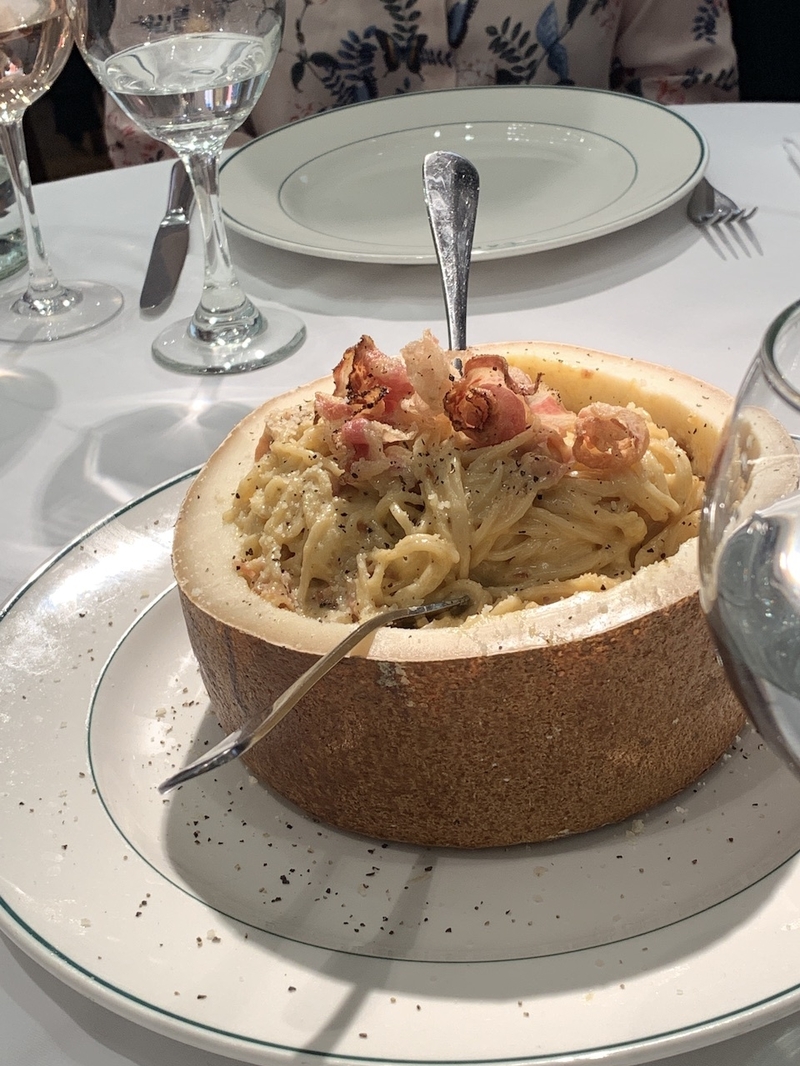 There are loads of phrases you'll never hear me say. Things like 'I love Greggs', 'please can we watch Love Island' and 'ooh, that's a bit rich for me'. Double cream, wedges of cheese, deep slabs of chocolate; just keep them coming, I can take it. So when San Carlo announced that they were introducing sharing portions of pasta, and that one was going to be spaghetti carbonara served inside wheel of cheese, I hotfooted it down there with some friends to give it a go. Piles of steaming pasta, twirled with creamy egg and crisp, salty, strips of guanciale, it's dinner and a show all in one. They haven't officially put these on the menu yet, but promise that if you go in and ask for it, they'll sort you and your friends out. Deanna Thomas