A selective news round-up for Manchester this last week, 10-16 April

Confidentials interviewed Gerald Ratner on Monday about the idea of a European Super League (ESL) and, rattling some jewellery, he said, “It’s total crap.” Confidentials also interviewed Joel Glazer of Manchester United about the ESL. “What happened was this,” said Mr Glazer. “Me and eleven other owners of some footy clubs went for a pint in the Briton’s Protection beer garden. Things got out of hand and that mad sod Perez of Real Madrid wrote down as a joke some ideas about a European Super League on the back of a beer mat. We’d had a few you know and felt lively, so we decided as a laugh to tell the world about the idea.

"That was Sunday. We’d sobered up by Tuesday and realised nobody had got the joke and the football world was really upset. But, jeez, calm down people. So there was to be no relegation for our clubs from the ESL, so what, nobody can relegate us from club ownership either. Anyway we’re meeting up again this Sunday in the pub and we want to talk over the idea of creating twelve trophies so all our teams definitely win something at the end of the season, which means we can all give ourselves extra bonuses. One last thing. Gary Neville please shut up."

In an echo of the Mass Trespass in 1932 Extinction Rebellion are to trample all over South Manchester golf courses and finish up at Ryebank Fields which campaigners wish to maintain as a green space. The Mass Trespass was organised to highlight lack of access on the Peak District moors. After confrontation between game keepers and police several people were arrested. The famous song "Manchester Rambler" by Ewan Macoll celebrated the protest. Ryebank Fields is a parcel of empty land adjacent to Longford Park that has been adopted and maintained as a green reserve by many Chorltonians and nearby residents. The land, owned by MMU, is set to be developed into housing and campaigners want to stop that happening. Whether it's a good idea teaming up with extremists such as Extinction Rebellion is open to question. Could this antagonise some of the less committed supporters of Ryebank Fields?

The departure of Louise Wyman, Manchester City Council’s strategic director of growth led to speculation in Place North West’s Subplot column this week that the city administration was in "meltdown". Wyman‘s departure after less than a year to be closer to home in the Midlands has echoes of housing director Jon Sawyer’s departure after just over a year in 2019. The fact that Cllr Suzanne Richards, in the same week as Wyman, also left her post as Labour cabinet member for housing and regeneration didn’t help the council's reputation. More controversially again, the column also claimed people took a dim view of the city’s chief executive, Joanne Roney, who is the utter opposite of the dynamic, some might say maverick, former chief executive Sir Howard Bernstein. She has much less obvious presence on the development and regeneration scene. “Some new appointments stick, some don’t, and a few more will move on before we’re finished,” said one unnamed source in Subplot.

Leese off the leash

There was a furious backlash to the above story from Council Leader Sir Richard Leese. He was given space in Place North West to stamp his foot. He wrote: "In a fantasy piece, the subtext seems to be suggesting that the city council or its leadership is failing. That chief executive Joanne Roney – the first woman to have taken up the role – is failing. That the system behind the scenes is failing. This is a position…completely at odds with all the available evidence."

Crikey. Time will tell whether the city council is really in "meltdown" or whether Wyman’s departure is just one of those things. Still, the fact she hadn’t moved from her Midland home to Manchester, given her hugely important role, maybe shows her heart wasn’t really in the job. The strategic director of growth should be right here, foot to the ground, not Zoom working.

Manufacturing is the key

Meanwhile a Centre for Cities report proved grim reading. It noted that those places with jobs related to manufacturing, production and distribution were way ahead in advertising for jobs as the country comes out of the pandemic. Thus unfashionable places such as Barnsley (up 21%) and Stoke (up 17%) have more roles advertised since February whereas places with large food and drink sectors and an important pre-pandemic hospitality and tourism presence have suffered. Greater Manchester comes 46th out of 63 with almost 20% fewer job listings. Of course this could be a very temporary dip and should pick up after 21 June as everything reopens.

Better news came from stats collected by the city council and CityCo which showed a 193% spike in footfall activity from the previous week as shops and restaurants opened. The previous week of course they were all closed, so no surprise there. More revealing is the fact there was a 17% leap from the same period in 2019. People clearly want to get out and about.

Ducie Street Warehouse has a very pleasant terrace and excellent food from fine chef Andrew Green. The view from that terrace might remain intact a little longer now. Proposals for a 600ft tower called Eastgate smack bang next to Ducie Street Warehouse have been permanently shelved. Or hit the buffers more accurately. HS2 has steamed in and bought the site from Irish developer Ballymore for £25m. There has been much scepticism that the high speed rail link would ever get as far north as Manchester given its escalating budget. So, here is concrete proof, so to speak, that one day in the next decade, 2033 is the stated date, we may have a beautiful new station next to Piccadilly Station.

Euan Kellie of Rebuilding Manchester has created some rather lovely mugs of modernist Manchester. They are available from his Etsy shop and include wrap around images of the underground market on Market Street and the flats on the Arndale that went by the name of Cromford Court. Both are long gone. These are not cutesy chocolate box images but very Mancunian in their tough glamour. Kellie says: "I put up some Twitter pics and I realised that these places bring back so many memories for people." This isn't the first time Modernist images have adorned bric-a-brac. Up in Rochdale Pioneers Museum there’s a tin with an image of New Century Hall from the 1960s. The colouring is remarkably similar to the 2021 mugs: a cute continuity across 50 years. 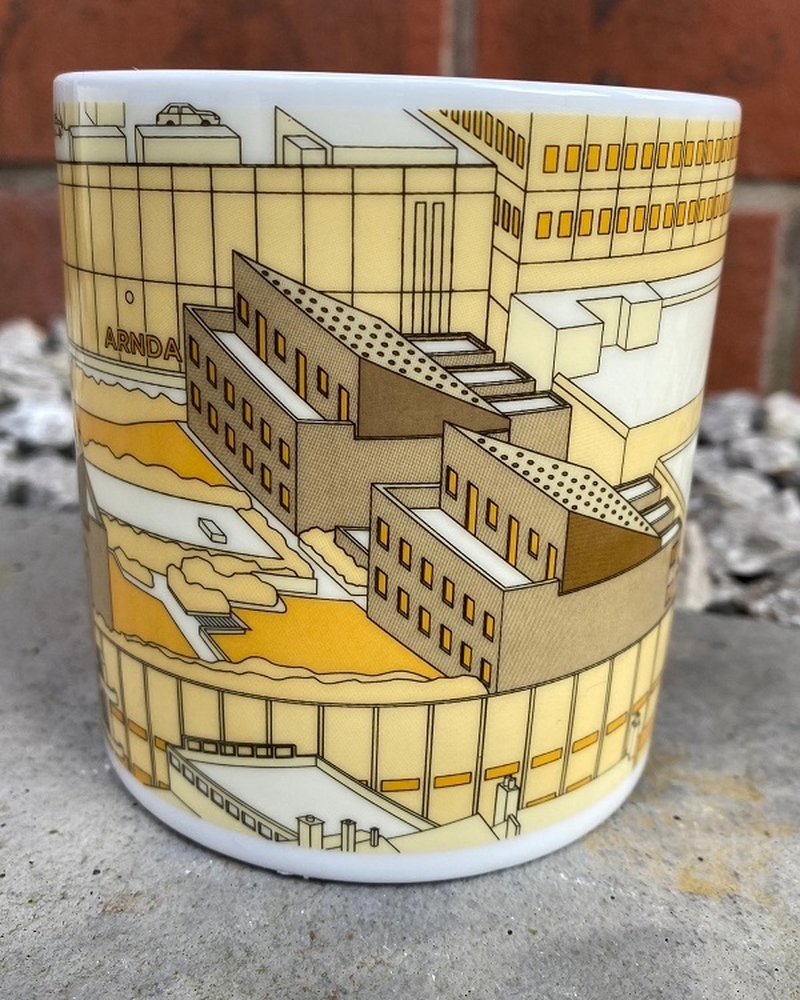 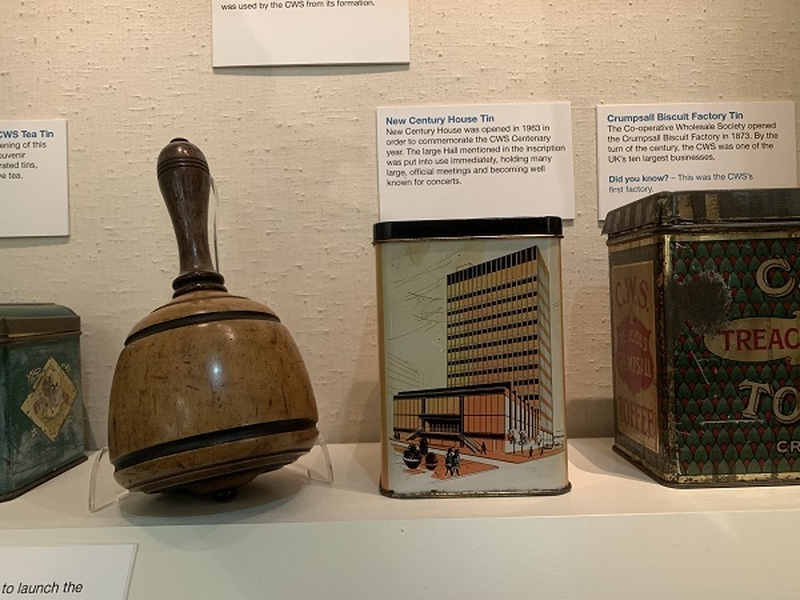 Read next: Super League collapse - Let's talk Manchester teams you can believe in