The brewery’s limited-edition beer is a playful take on its sweetest brew Honeycomb Pale – packing a little more birthday punch it has been amped up to 6% abv.

This perfectly balanced pale ale with carefully selected hops is infused with the essence of honeycomb creating a unique taste.

SEVEN BRO7HERS Brewing Co CEO Keith McAvoy said: “For our sixth birthday we wanted to do something special to mark the occasion, the best way we know how – beers!

“We are incredibly grateful and humbled by the support we have had from customers over the last six years, we hope you will join us to celebrate with one of our special bee-day ales.”

SEVEN BRO7HERS fans will also be pleased to see the return of the much-loved (and deliciously addictive) Marshmallow Stout.

The stout was first launched in 2018 as a limited-edition but, after much demand, the brothers made it part of the permanent range. Now they have decided to bring it back with a fresh new look.

For those who have not tried it, this unusual stout is infused with toasted marshmallow which gives a malty sweetness that is moreish and mellow. The beer is also available on the web shop.

The brewery was founded in 2014 by McAvoy brothers, Guy, Keith, Luke, Daniel, Nathan, Kit, and Greg, inspired by their dad’s home-brewing in their cellar at home.

Both beers will be available online after 12pm on 21st July. 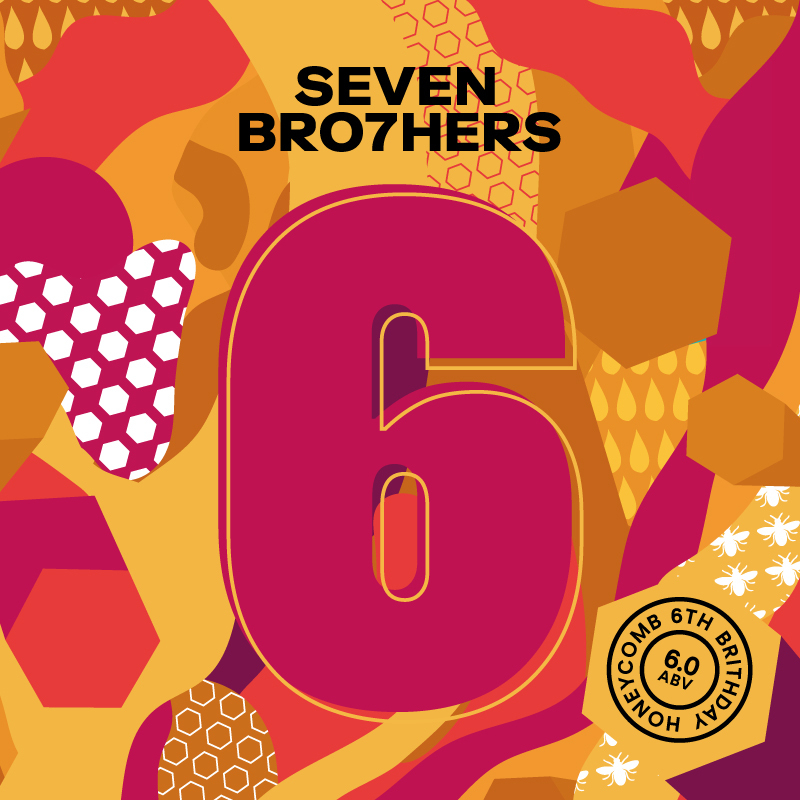