Turn Moss saved - but what has it been saved from?

PASSING all the Save Turn Moss posters stuck to windows across south west Manchester homes recently, I’ve been tempted to demand entry and to felt tip in brackets ‘from what?’

Turn Moss is a flood plain owned by Trafford Council and filled with sodden and sorry football pitches. In the centre there's a series of ugly shipping containers for storing equipment and getting changed in (nobody does). There is an equally grim dirt car park. That central area is as well-maintained as a scrap yard, accurate testimony, it appears, to the owner’s attitude towards the sporting life of its youth outside school.

The pitches themselves are in good, dry, playable condition about three times a year, usually in summer when the season is over. I know this because I’ve co-coached youth teams there in the past. It was always wise to wear wellies and maybe take a kayak as backup.

Any investment seemed very welcome. £3 million of investment to provide three raised, fenced pitches and an all-weather pitch seemed something to celebrate, especially as it came with permanent changing facilities and a cafe.

That the money would come via the UA92 partnership of Gary Neville and his ‘class of 92’ mates, Lancaster University, and Trafford Council seemed just dandy. True, Salford City Football Club, the team run by Neville and chums would have first dibs, but the knock-on effects across the site, especially with the new facilities would make a real difference.

Expecting this to be an easy and obvious ride would have been too much, of course. We live in unprecedented ‘you say yes, I say no’ times, bolstered by a polarised society and the poison in the ear of (anti) social media. Sometimes this is welcome, sometimes this is not. Democracy in the new reality can descend into ochlocracy.

So when Gary Neville recently pulled the plug on the plans, many of us locals despaired, especially since so many people on the Save Turn Moss side seemed to misunderstand the proposals. As Neville told Confidential: “You saw pictures on Facebook of bluebells and trees, we weren’t going to chop down trees or destroy the environment at all.”

He went on: “I feel the protestors misunderstood me and I misunderstood them. They think of the area as a nature reserve and a place to walk the dog, we were seeing it as a series of football fields for kids and adults that we could improve, and that the community could use as well as Salford City. Most of the local teams such as Stretford Vics have been really supportive and are devastated that we’ve had to pull.”

Meanwhile the Save Turn Moss group, for their part, have been complaining that they’ve been turned into pantomime villains. Confidential sought them out to see if they had been spoilsports. The group started off by regretting not having their day in court, so to speak.

“If this had gone before planning, we were confident the evidence we'd prepared would have shown how unsuitable the development was and allow people to understand exactly why Turn Moss was the wrong site for a development of this type. Gary Neville’s very public withdrawal has masked these arguments being heard,” they said.

Save Turn Moss continued: “It’s a shame we’ve been portrayed as people harming the development of youth football, as Chorlton hummus-munchers just looking out for themselves. This is all totally wrong, it’s been a Stretford and Chorlton joint effort and a really strong effort."

"You can see that from the number of written submissions against the planning application. There were 1,800, more than for any other application in Trafford’s history. To make a submission takes time and effort, it is much more than clicking a button on Change.org. It shows that people were really concerned about the plans and prepared to work hard to halt them.

“As for the teams that think we have been NIMBY, that is not the case. We want football on Turn Moss, community football. We’ve asked how many teams use the pitches presently and would like to make sure they have the right surfaces to play upon and the right facilities to get changed within. To have Women's football back at Turn Moss is something we would love. We’d like to work with the footballers, to help improve things together.” 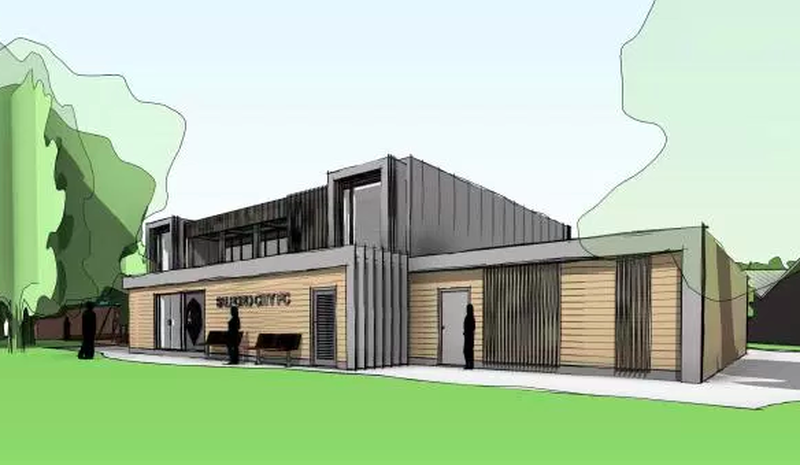 This is all well and good, I say, but where would the money come from for that? I point out that the situation seems reminiscent of the Brexiteers in June 2016, who got the result they wanted and then didn’t have a Plan B or a clue how to proceed. £3 million was on the table and there could have been a clear timetable to improve Turn Moss. Where will their money come from?

“Of course, we don’t have £3 million to spend,” said the spokesperson, “but most of that was being spent on Salford City FC not the community. Once the situation has settled down with the new council in Trafford (Labour, Liberal Democrat and Greens all voted against the plans) we will look at ways to fund and bring forward a scheme that will respect all the communities that use the fields and encourage new ones. We've run a strong campaign, we can run an equally strong Community driven plan to improve Turn Moss.”

We will go forward and find other sites

I ask Save Turn Moss for timeframes and funding models but these aren’t forthcoming. It doesn’t surprise me. One thing they have a real beef about is the way the location has been underplayed.

“Turn Moss is a flood plain. The Neville plans included three full size raised grass pitches, but never explained how these would be drained in a naturally wet terrain. The Environment Agency showed extreme concern and formally objected, they asked where water drained from the new pitches would end up. With climate change it's likely to get wetter, the other public pitches at Turn Moss would have become even more waterlogged than at present.”

Neville is dismissive of these claims. “That’s nonsense, total nonsense. As if I would want water to drain from my pitches onto the community pitches. We would have sorted it. The plan wasn’t to make things worse. Playing fields are being ruined and run down because cash-strapped councils can’t provide the long-term income to sustain them to the correct standard. The way we invest in community facilities is going to have to change in Britain. We couldn’t get any of those messages across to Save Turn Moss. But we go forward and we will find other sites.”

“Of course, we are pleased that the development has been halted,” say Save Turn Moss. “At least, the conflict has drawn attention to the state of the pitches and the poor facilities. It's brought the community together, we think, but the effort from us won't stop now. We want to take the momentum it has created and deliver real improvements which benefit all Turn Moss users.”

The group admit that without the Neville plans nothing at all would have changed, or would have even been proposed by ‘the community’. Indeed I question their quick, almost glib, use of the word ‘community’. There are more than 70,000 people in Chorlton and Stretford and the amount of Facebook members and posters in windows amounted to a tiny proportion of this number. Ok, 1,800 written submissions was impressive, but again scarcely adds up to comprehensive representation of ‘the community’.

It should also be noted that the political change from Conservative to a Labour-led coalition in Trafford in the recent local elections has been vital. Since the other parties opposed the plans this clearly influenced Neville’s decision. In some respects the Save Turn Moss victory might been handed to them on a plate.

What seems clear is the protestors have exchanged a certain future for an uncertain future. ‘The community’ will have to live with this. In effect, a fairly small number of engaged activists have helped run out of town a scheme which would not have cut down trees or ripped up bluebells, nor greatly interfered with recreation across the huge greenbelt acreage around the River Mersey.

For people living in the area, the campaigner's victory will be hollow unless the football fields and facilities are improved. If time drags on and nothing happens then their victory won’t just be hollow, it will be shallow, it will be meaningless. The campaign will simply have saved Turn Moss from progress.