We've been amazed and delighted by the businesses that have grown out of lockdown. Especially when they mean superior lunchables.

Bada Bing was one such lockdown baby. Co-founders Sam Gormally and Meg Lingenfelter put their furlough days of binge watching The Sopranos to good use when they decided to launch a sandwich deli, inspired by the classic show from HBO.

After quietly honing a range of American/Italian style sandwiches - all with impeccable names - from their home in the Northern Quarter, the couple started to serve from a redundant kitchen in Piccadilly.

The hoagies were an Insta-hit but disaster struck back in July when the pair were told they could not return to their original kitchen home. Instead, they moved on to a two-week residency at The Refuge, and from there settled down at Ancoats General Store.

Now a sleek silver food truck, affectionally christened the "Bing Mobile", will be parked on Media City's Piazza, slinging hoagies and subs Thursday through to Sunday.

The Bada touch also extends to the sweet stuff as Sam and Meg have developed a selection of ice creams including brown butter and pecan, raspberry and pink peppercorn which will also be available at the MediaCityUK pop-up. 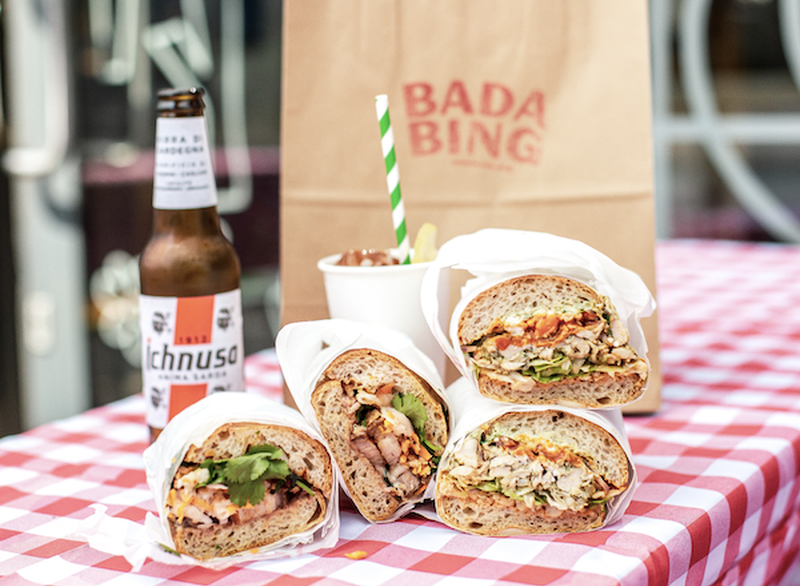 Sam Gormally said: “We’re really excited to bring our Bada Bing concept to a new audience at MediaCity. Ancoats is our birthplace, so it’s great to be spreading our wings to a totally new location and customers. This time last year, while we watching all those episodes of The Sopranos, we never imagined we’d be serving up our creations in the heart of MediaCity. We’ve had a few dramas along the way but we’re now entering a really exciting phase.”

Josie Cahill, MediaCityUK Place Director said: “Over the past 12 months a number of independents have successfully launched at MediaCity and we’re delighted that Bada Bing will be on the Piazza, right opposite the BBC and dock10 studios to provide a delicious take-out option for those enjoying Summer at MediaCity."

The Bing Mobile will be at the MediaCityUK Piazza from Friday 27 August and then from Thursday to Sunday from 12-4pm (or when they sell out).

Read now: Manchester bars and restaurants with merch to match the menus