After almost six years spent establishing a great reputation for top quality food and drink, The Rose Garden on Burton Road, Didsbury, will provide its last service on 10 May.

The contemporary restaurant was well known for cooking Modern British dishes with an emphasis on local suppliers and seasonal ingredients.

In a statement posted on social media over the weekend, thanking customers and staff, the owners cited family reasons for their decision to close; “following the birth of our second child we have found the demands of running a restaurant whilst trying to enjoy some semblance of family life, has become too much and have taken the decision to move down to Cornwall as it has always been our dream to live by the sea.”

Bill and Emma also took time to thank his parents, George and Clare Mills, acknowledging that “the restaurant is as much a part of them as it was us.” The restaurant was indeed a family affair with architect George leading the design team responsible for the venue’s modern, sleek look. He also helped to refresh the restaurant with a minor refurbishment in September 2016.

Rose Garden opened in May 2011 and soon attracted the attention of national newspaper reviewers such as The Guardian’s Marina O’Loughlin who reviewed it in November 2012. She described the place as so bursting to capacity that they’d given her table away when she’d turned up late. They did manage to fit her in, in the end, but she could only muster a 6/10 for the food stating “it's a like, but it ain't love.”

Fortunately locals and regulars felt differently and the restaurant has been popular over the years even being shortlisted for best neighbourhood restaurant in last year’s Manchester Food and Drink Festival Awards. The Rose Garden was also listed in the Michelin Guide 2016, was awarded an AA Rosette 2015 and featured in the Waitrose Good Food Guide between 2014 and 2016. 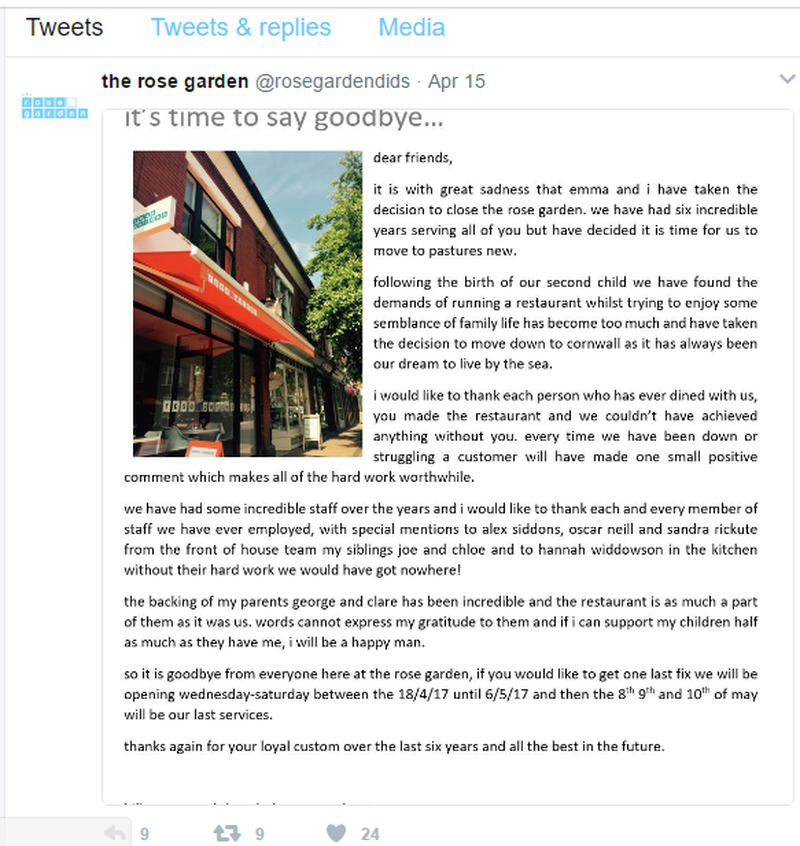 BYOB's yer uncle: bring your own booze restaurants in Manchester
Read Next
● / Mediterranean