Five centuries of cyborgs come to Museum of Science & Industry

The first thing you encounter, on entering Robots, is an animatronic baby. Startlingly lifelike, it writhes around, blinking and looking slightly pained - much like a real human.

The environment, too, is strangely disconcerting. It’s dark and there’s a faint background noise of ticking, clicking and clunking which I soon realise is a collection of early timepieces; many commissioned by the Catholic Church to measure out the day and call people to worship.

It’s evocative, reminiscent of our uneasy fascination with machines and their implications. The modern robot was born in a time of upheaval and change, when the Industrial Revolution was taking hold and the urgency and clamour of factory work starting to replace the slower rhythms of county living. Workers toiled to the tireless pace of steam engines, and robotic qualities like obedience and discipline were favoured. Would the need for humans eventually be negated?

The word ‘robot’ was first coined in Karel Čapek’s play Rossum’s Universal Robots, and tellingly derives from the Czech word ‘robota,’ which translates as forced labour. In the play, robotic workers of flesh and blood represented the fears of being enslaved - or even replaced - which still persist today.

But this new blockbuster exhibition, which opens today, isn’t just scary. It’s also funny, fascinating and gives an impressive insight into human invention. Comprising over 100 androids, the exhibition was curated over five years by Ben Russell, curator of mechanical engineering at London Science Museum, and features objects from the US, Japan and even a basement in Islington.

Manchester is the exhibition’s first stop outside the capital, ahead of its four-year worldwide tour. It will headline Manchester Science Festival (19-29 October) and thereafter be on display until 15 April 2018.

A chronological journey through from the dawn of mechanised human forms to cutting-edge technology fresh from the lab, the collection reveals the astonishing 500-year quest to make robots and how our motives have changed over time: from the sixteenth century anatomical figures that helped to understand the human body, to the T-800 endoskeleton robot used for filming Terminator Salvation in 2009 and the boy-like Kasper, designed to help autistic children improve their social skills. 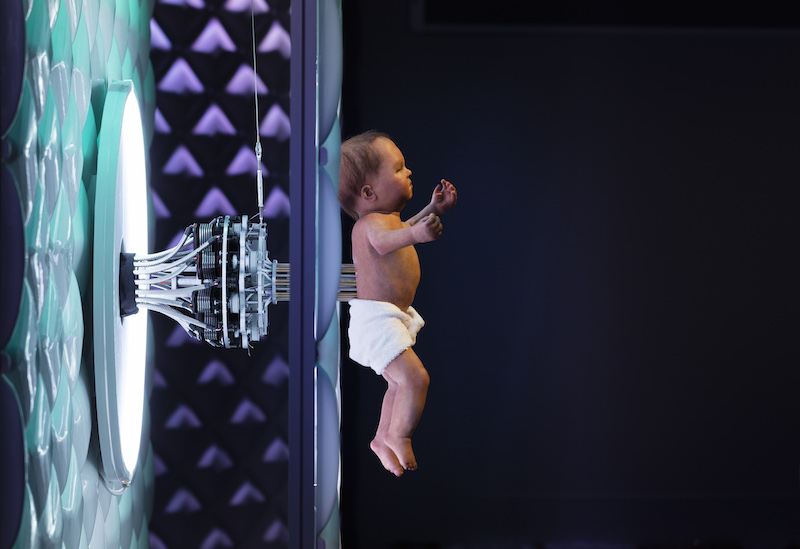 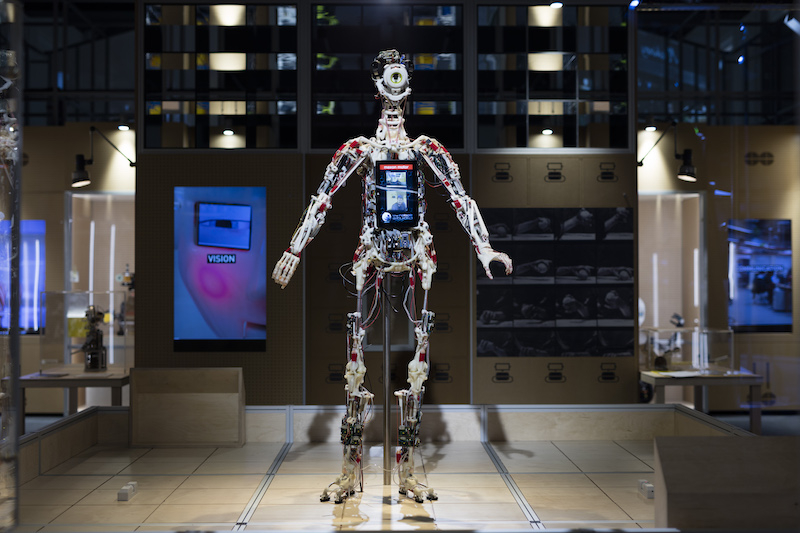 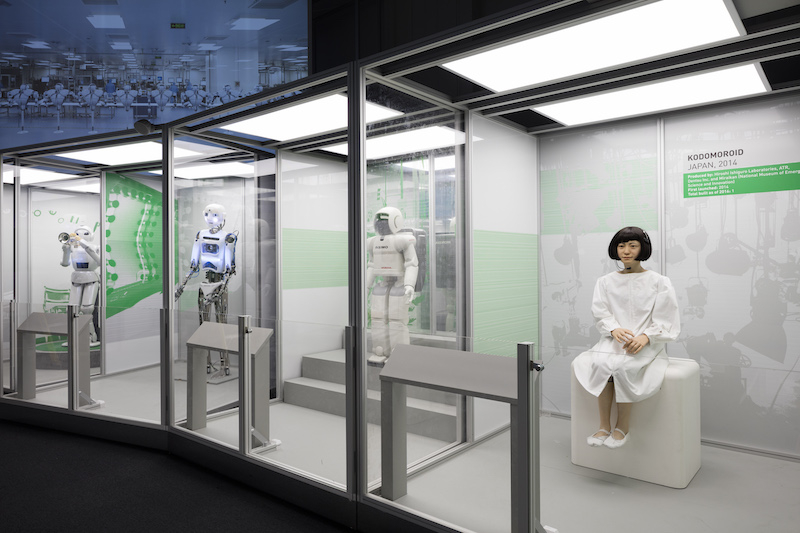 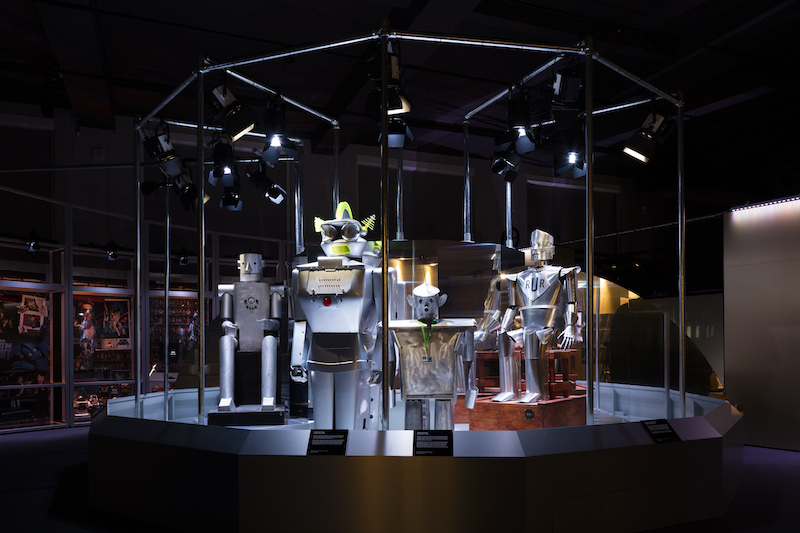 Then there are the cybernetic tortoises Elmer and Elsie, built to explore brain function theories (the first robots capable of making decisions, they can avoid obstacles and even seek out their charging huts); entertainer Cygan, who danced and performed in shows; the enigmatic ‘receptionist’ Inkha and RoboThespian, an actor who can deliver lines in over 40 languages and has a wide range of human gestures - apparently, he once even officiated a Chinese wedding.

Other highlights include the Mechanical Turk, a competitive chess player; neogothic prosthetic arms; REEM, the gender-neutral ‘host,’ who dishes the dirt on her fellow robots; and Pepper, a cute storyteller with an interactive tale.

As for the future of robots? It’s difficult to say, but the exhibition makes some interesting points. For example, Japan’s ageing population will need one million new nurses by 2025 and there aren’t enough people in the country to train. As the Japanese typically find it more dignified to use technology than rely on another person for care, could robots be the answer?

Less attractive is the idea that robots could almost totally replace humans in employment. But whilst there is the possibility of downloading a skillset, saving a lot of training, autonomous creative thinking can never be replicated.

Undeniably, robots have their benefits. After all, they already do our dishes, dry our clothes and increasingly manage our daily lives. But just how far can they be safely integrated into society? Only time will tell.

MSIM will celebrating the exhibition’s launch with a Robot Playground for children, while next week sees an adult-only Robot Late on Wednesday 25 in which acclaimed chef Mary-Ellen McTague takes on robo-chef in a futuristic cook-off (more info here).

Robots will be at the Museum of Science & Industry until 15 April 2018. Tickets cost £5 for children, £8 for adults, and are available on the website

With over a fortnight of extraordinary works, Manchester International Festival 2017 commanded an audience of 300,000 and an estimated £40m. But, while we may have to wait until 2019 for the next one, it’s not over for this year yet: MIF 2017 saw the first Creative50 programme and the website is now live. With a wide range of artists' responses to festival events, it's well worth a gander.

Just 13% of those working in Science, Technology, Engineering and Maths (STEM) in the UK are women; fuelling misconceptions about who can work in STEM industries, and influencing the decisions of young people. In this compelling photography exhibition, Women of Science shatters stereotypes with the achievements, struggles, and attitudes of a diverse range of female scientists and engineers.

It’ll be miniskirts, 9p bread and Merseybeat tunes at the Museum of Transport Greater Manchester this weekend, with a trip back 50 years. Expect free vintage bus rides, sixties quizzes, songs and a Co-Op showcase of groceries from the time (complete with relevant price tags). The event coincides with the Metrolink’s 25th anniversary book, which will be available to buy at the museum, bookstores and online.

THE DEALER APP | Online | From 23 October

This month sees the launch of another great philanthropic dining app, which allows restaurants to turn empty tables into revenue by offering significant discounts and users the chance to donate some of their consequent savings to fighting homelessness in Manchester. The app has teamed up with 85 restaurants citywide and, for its launch week (23 Oct - 1 Nov), several will be offering half price grub; including Bundobust and Changos.