REVIEW | The Swine That Dines

YOU should know by now, never to judge a business by its name.

Selfridges is full of posh handbags and hardly any white-goods at all, Stoner’s Pot Palace flagrantly misleads would-be customers, and don’t get me started on Superdrugs.

By all means, judge a book by its cover - physical publishing’s dying on its arse, it's sustained by impulse purchases in train station WH Smiths. Book-covers can’t afford to be abstract or non representative of their content, so fill your boots*, just don’t put too much faith in a name

Joining the long list of incongruous names comes The Swine That Dines, a restaurant that cooks the best, most interesting, and adventurous vegetarian food in Leeds.

I hesitate to use the V-word in case it inadvertently promotes the othering mentality that a meal is less complete if its elements don’t orbit around a chunk of protein, like planets around the sun.

It’s a mentality that’s led to at least one booking cancellation at The Swine every time they’ve hosted a Roots to Shoots menu, on the grounds that “I don’t eat vegetarian food”.

Head Chef Stuart Myers is a chef without borders, combining his brasseries background with inspiration from kitchens and bookshelves the world over

Your average, man-off-the-street, 52%er type doesn’t want to eat anything labelled “vegetarian”. He’s seen Tricks of the Restaurant Trade on Channel 4; Simon Rimmer has opened his mind; The restaurant’s ripping him off if his plate doesn’t contain the ultimate indulgence of a chicken breast wrapped in parma ham.

A dish such as Roots, Almond, Mint, Pomegranate - a perfectly balanced warm salad of sweet, roasted root vegetables, parsnip crisps, mint dressing and pomegranate molasses - is all well and good, but carrots are something that you boil and serve with a joint of beef - maybe some bacon-bits or a sprinkling of mince will bring the dish together.

It’s not entirely the diner’s fault; he’s just a product of an eating culture that’s ingrained into us, and it needs to stop. From now on then, this isn’t vegetarian food, it’s just food. And it’s some of the best food available anywhere in our city.

Head Chef Stuart Myers is a chef without borders, combining his background and experience in brasseries like Harvey Nichols Fourth Floor (not to mention pent-up creativity from the past six years in The Swine's alter-ego, beloved breakfast & lunch spot The Greedy Pig), with inspiration from all over the place.

Any one of his dishes might reference Larousse Gastronomique, Sean Brock, Plenty, Tender, and Fergus Henderson. The epitome of the “Get a man who can do both” meme, he has an incredible knack for turning pennies-worth of offal into delicious, accessible dishes. (“It’s nothing to do with extreme eating” says Jo Myers, face of the restaurant, and wife of Stuart “We want to encourage people to eat more responsibly and sustainably” - which goes to explain the monthly Roots to Shoots week)

On the menu, dishes are listed as their base components. The aforementioned “Roots” dish, or “Mushroom, Rye, Burnt Onion”, for example. Thankfully, this is the extent of the deconstruction. On the plate they arrive as complete, cohesive combinations of flavours and textures. 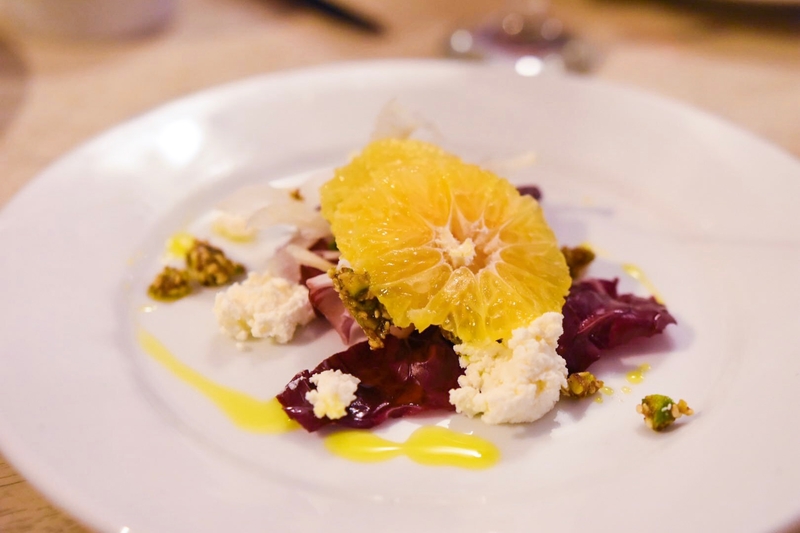 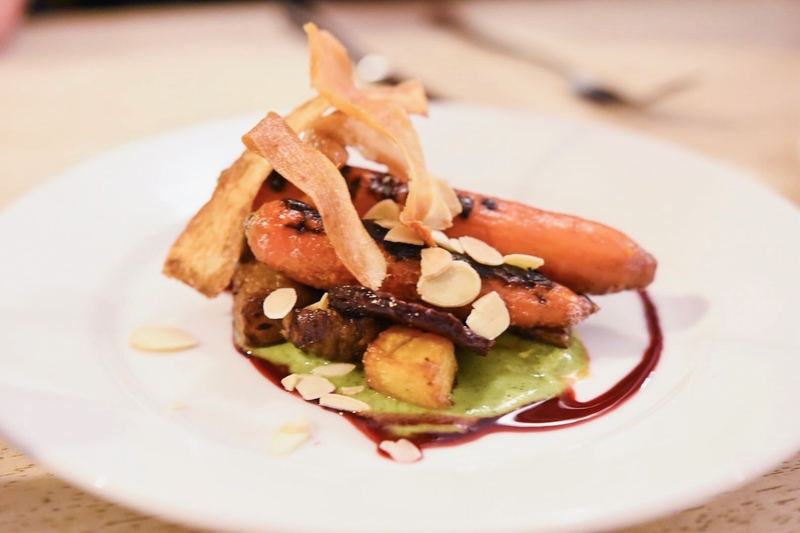 Each menu of seven dishes (£45, designed for two to share) is a showreel of processes and techniques boasting the chef’s versatility - cold and warm salads; classic French boudin and gratin; pates and rillettes and croquettes and falafels; pan-fried heart and liver and unpopular fish, all of them paired with unlikely or unheard-of accompaniments.

“Cauliflower” is a vegetarian take on boudin blanc (one that my vegetarian dining partner can’t eat because it’s “too sausagey”, a phrase I can’t imagine Mr. Quorn has ever heard uttered); the temptation would be to phone it in and present it with leeks and apples and mustard. Not here. The rest of the dish, with lentils, parsley, harissa and tart buttermilk, follow the cues set by the flavour of the star, rather than the form it comes in.

“Mushroom” headlines our second dish, not that you’d know by looking at the pile of charred onions on the plate - take a bite though, and the rich mushroom ketchup smeared on a rye toast underneath brings itself front and centre 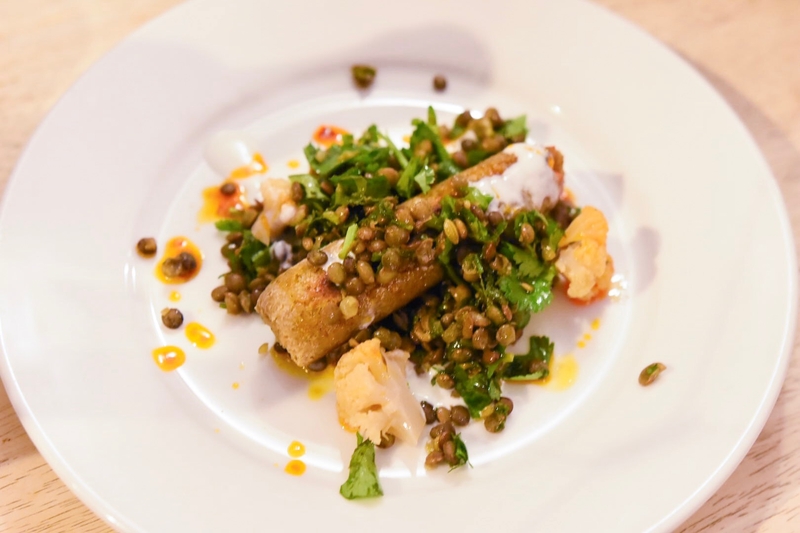 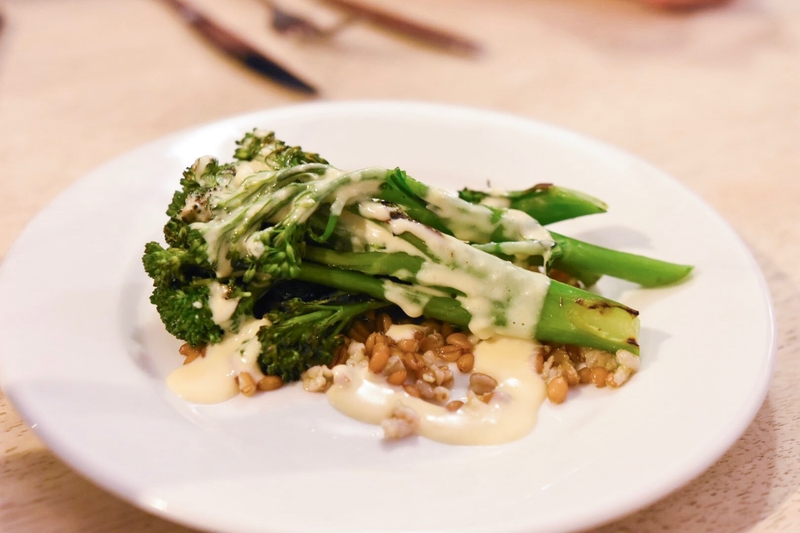 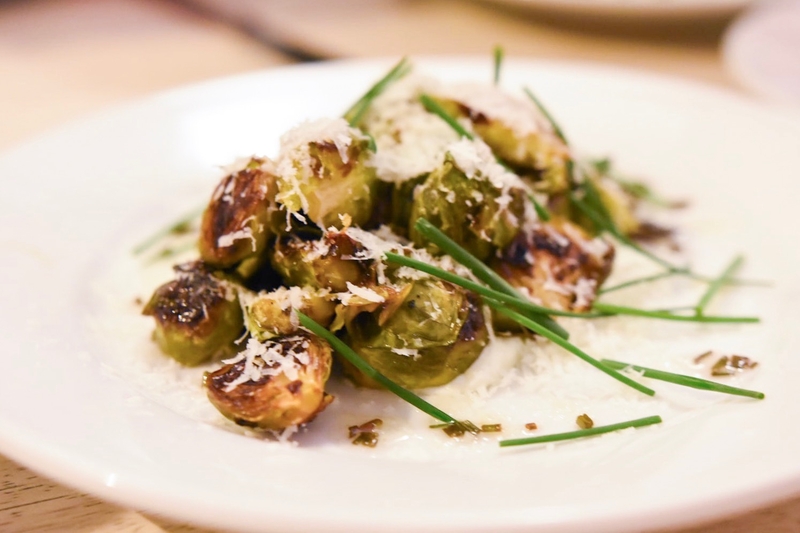 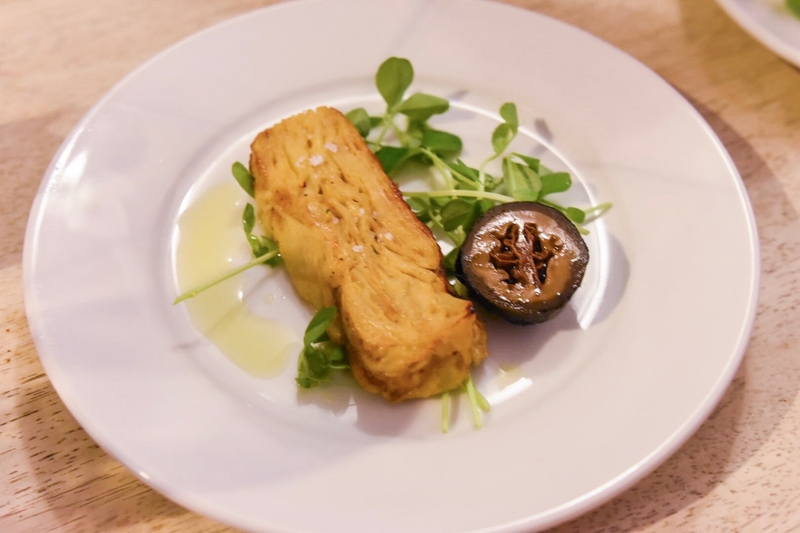 Two dishes, with just one course separating them, pair minerally greens with rich dairy and somehow manage to be worlds apart.

A wasabi-like heat of pan-fried, charred sprouts is tempered by a cool sheep’s yoghurt and a flurry of shaved pecorino; while a rich fonduta smothers and clings to every branch and bobble of purple sprouting broccoli, and the dish is rounded off with bouncy grains of farro cooked with king oyster mushrooms.

All of the dishes - while balanced and complete and reasoned - are never formulaic. You could analyse any six of them, and never anticipate what form the seventh list of ingredients will come in

Each plate is a meritocracy, with each component earning its place, rather than satiating the need for “a carb” or “some umami”. None of the ingredients are repeated throughout the menu, either, but close observers will spot Myers’ signatures appearing on several different menus - pickled walnuts, for example, whose concentrated Branston pickle tang cuts like a laser beam through richer, starchy dishes; like the thymey, cream of chicken soup opulence of the celeriac dauphinoise at the end of our meal.

Three years ago, a restaurant like The Swine That Dines couldn’t have worked. Two years ago, in its first incarnation as a pop-up in the Grand Arcade, it almost didn’t. As I mentioned in a post-mortem of street food in Leeds and its enduring legacy though, tastes are changing, and audiences for places like The Swine are emerging.

There’s still a long way to go - as every “We don’t eat vegetarian food” cancellation suggests - but Leeds is becoming better at eating, and becoming a better place to eat; places like The Swine That Dines are leading, and guiding, the way. 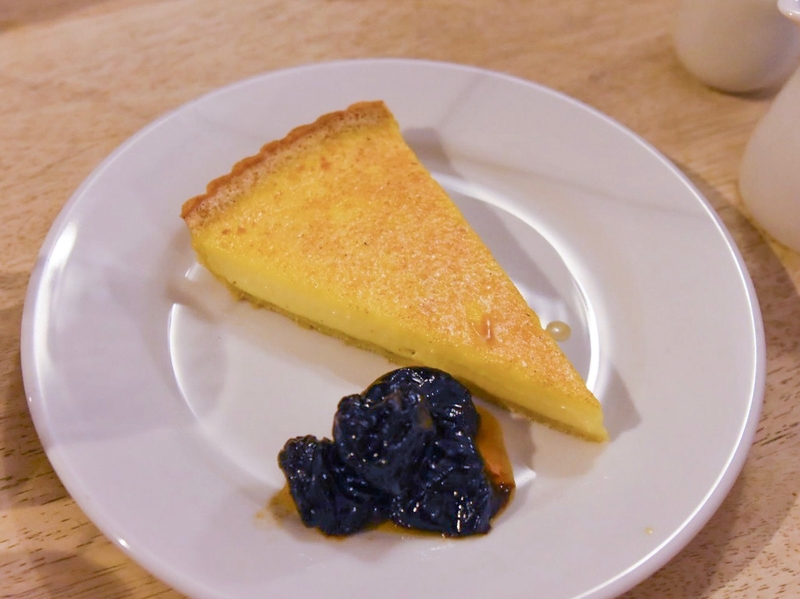 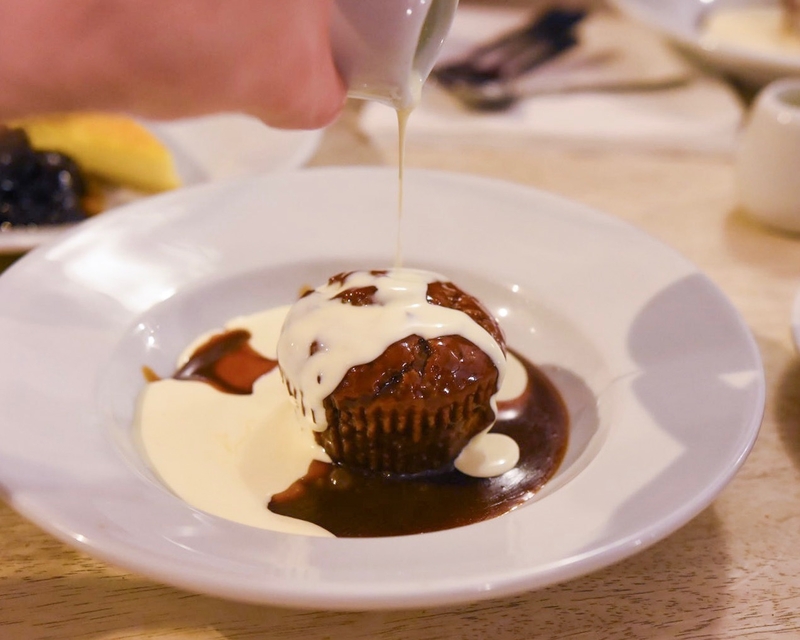